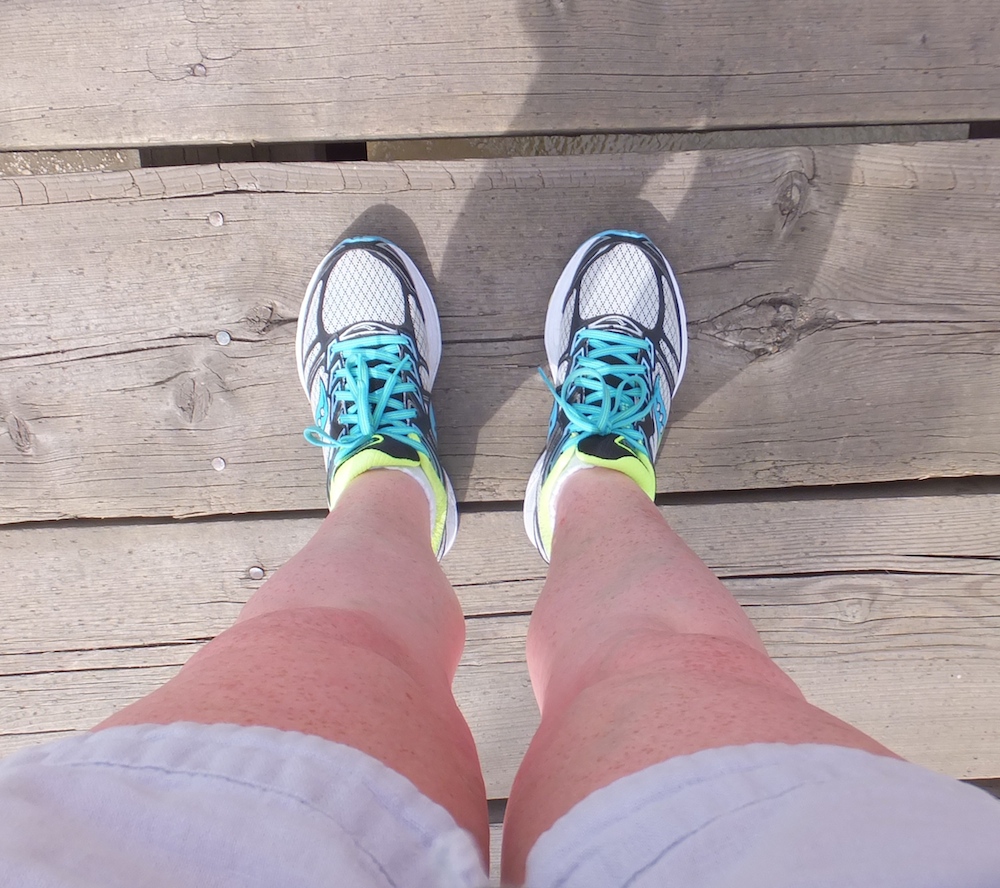 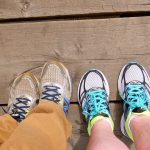 Tom and I walked over the Cloverdale footbridge for the last time yesterday. The City is closing it down on Monday; its destruction nigh.

I have written extensively in this blog about the south east LRT (now called the Valley Line) expansion into the river valley. I’ve attended public forums, sent letters to the Edmonton Journal, made every effort to seek information and I’ve joined forces with the good, and much more eloquent folks of the Save the Footbridge lobby. I’ve considered all sides and reached a single conclusion:

To quote Groucho Marx, I’m against it. 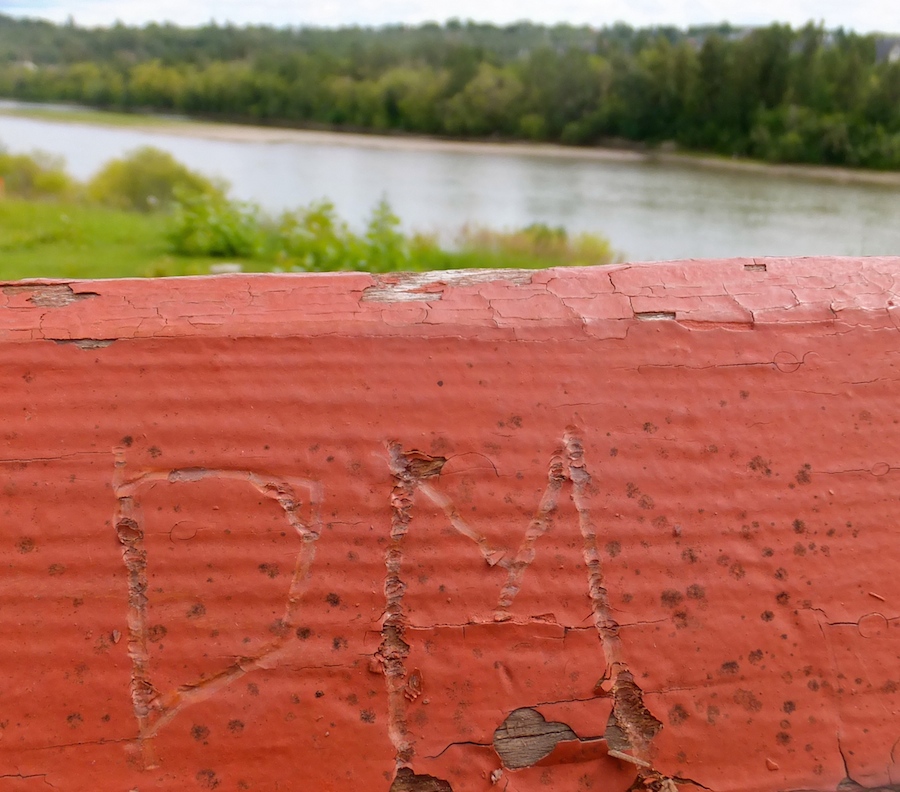 DM on the bridge. Vandalism seems trivial for a doomed bridge.

From an environmental and aesthetic perspective, gouging into our beloved and heavily PR’d river valley makes no sense. In terms of transportation, the use of existing corridors seems both financially responsible and environmentally sound. Everything I’ve read about BRT (or Bus Rapid Transit) suggests, at the very least, we need to take a sober and genuine second look at light rapid transit.

These words were spoken by Mayor Ivor Dent in April of 1972. City council had just voted to put the brakes on an invasive transportation plan which would’ve plowed a freeway through the MacKinnon Ravine (Vue Magazine). 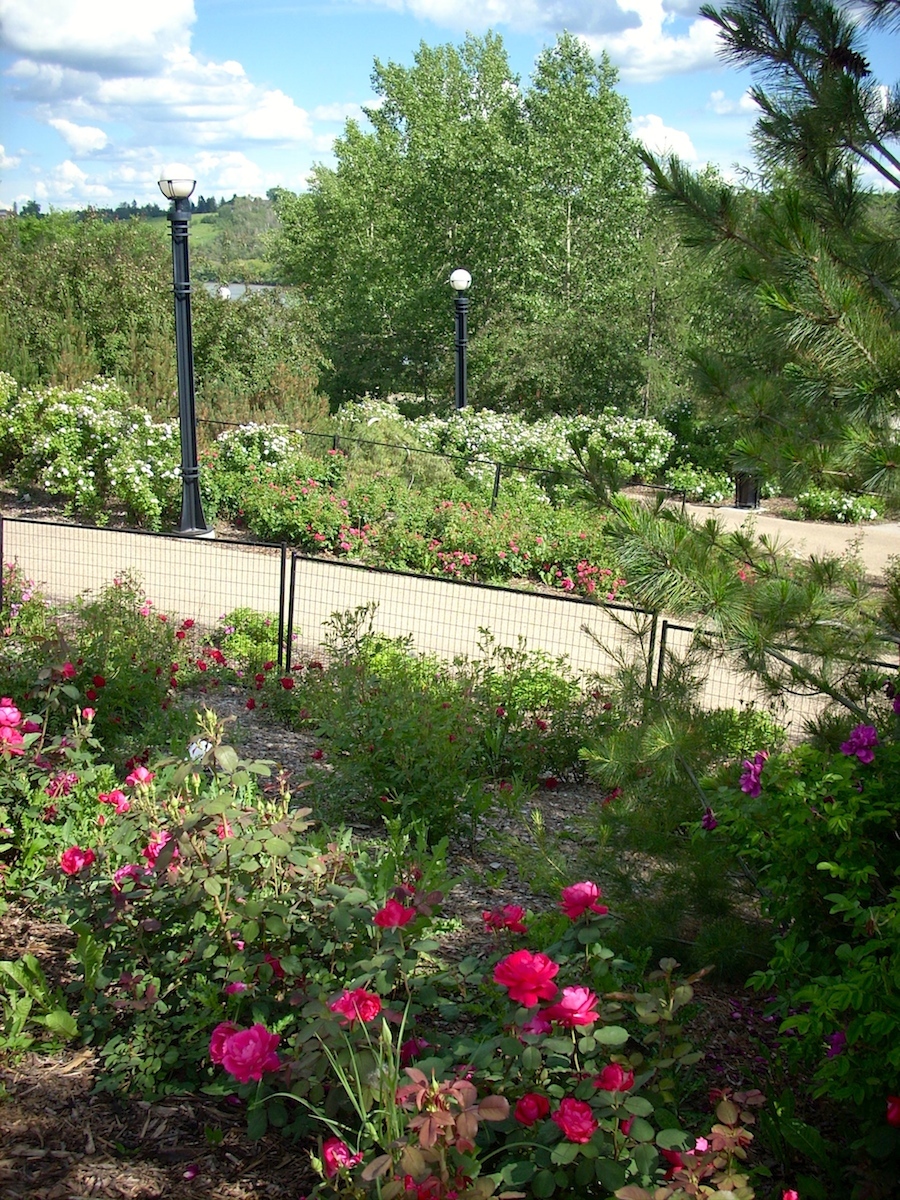 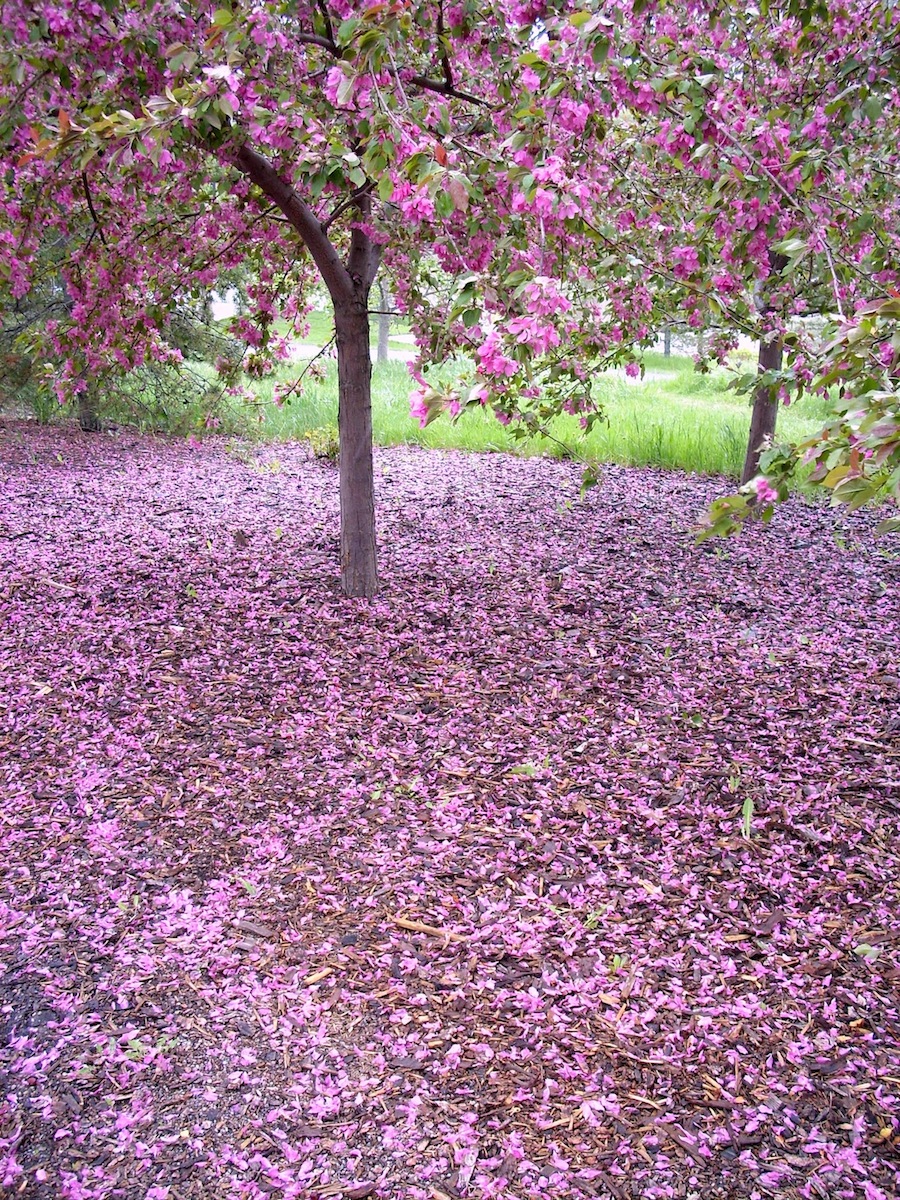 Apple tree in the rose garden a few years ago 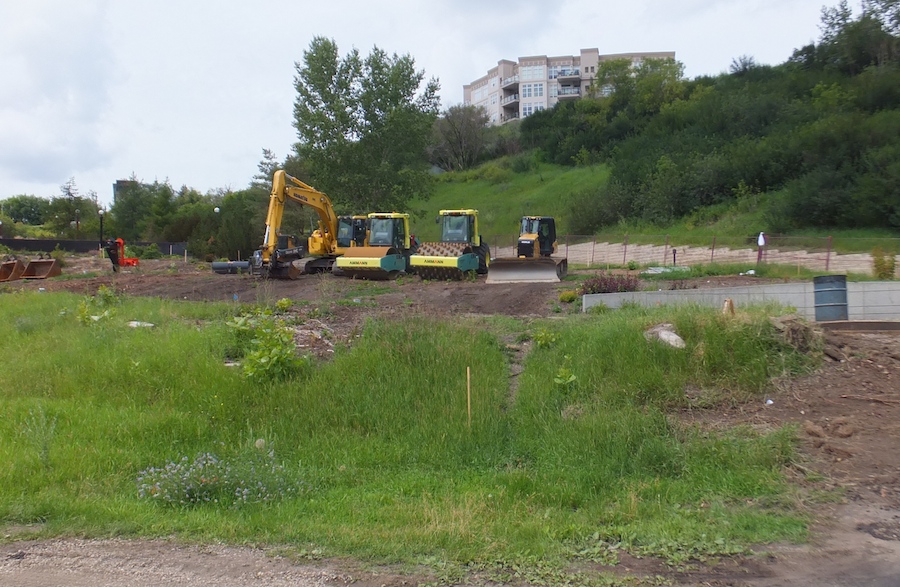 There is no energy on the part of City Council to reverse or even reconsider this decision, which appears to have been a fait accompli from the beginning.

With all due respect to the bridge, it’s not the steel and wood structure that I will miss. It’s not a beautiful bridge. It’s utilitarian, and there is at least one other like it in the city (in the Goldbar area). However, the location of this bridge, in the heart of the city and the river valley, makes it irreplaceable. Yes, in four years (probably more, given the transportation department’s ridiculous track record), this area will see a new bridge, maybe even a nice bridge, but it will serve the southeast LRT, not the pedestrians who use it, not the people who live around it, and certainly not the nature that surrounds it.

Gone, the peace of the central river valley. 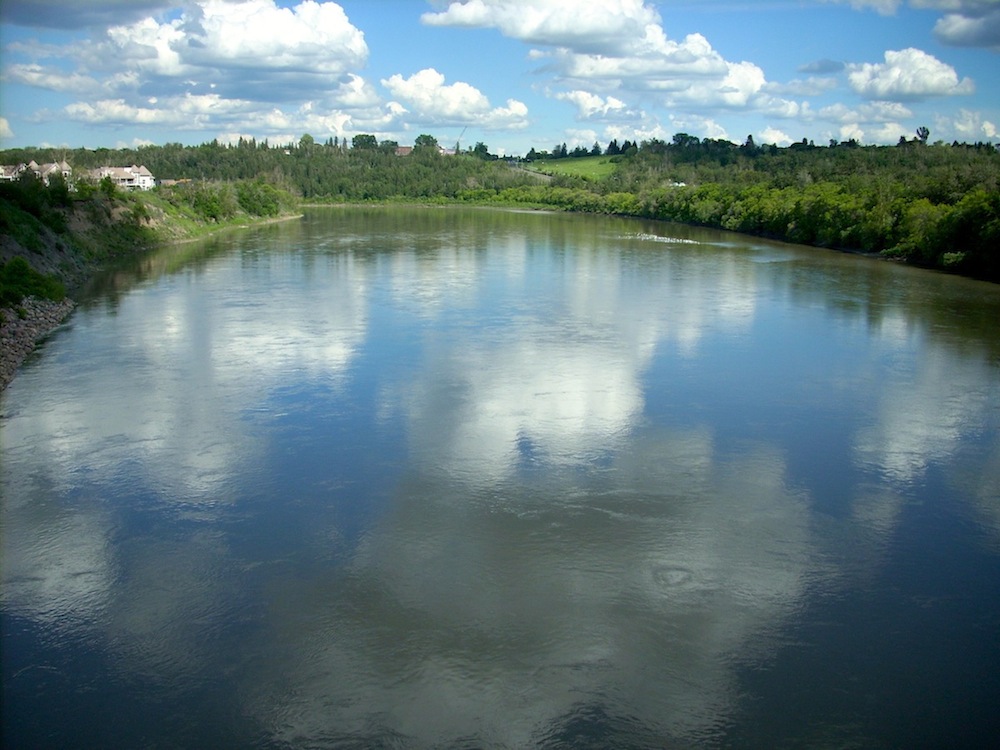 Gone, the unobstructed view of the river valley, with the vast and quiet expanse of sky above.

Gone, the trees, plants and wildlife that made this area their home, especially the canopy of poplar trees at the south end of the bridge. In the middle of summer, it was like walking into a lush and secret grove. In the winter, like a Gorey landscape. 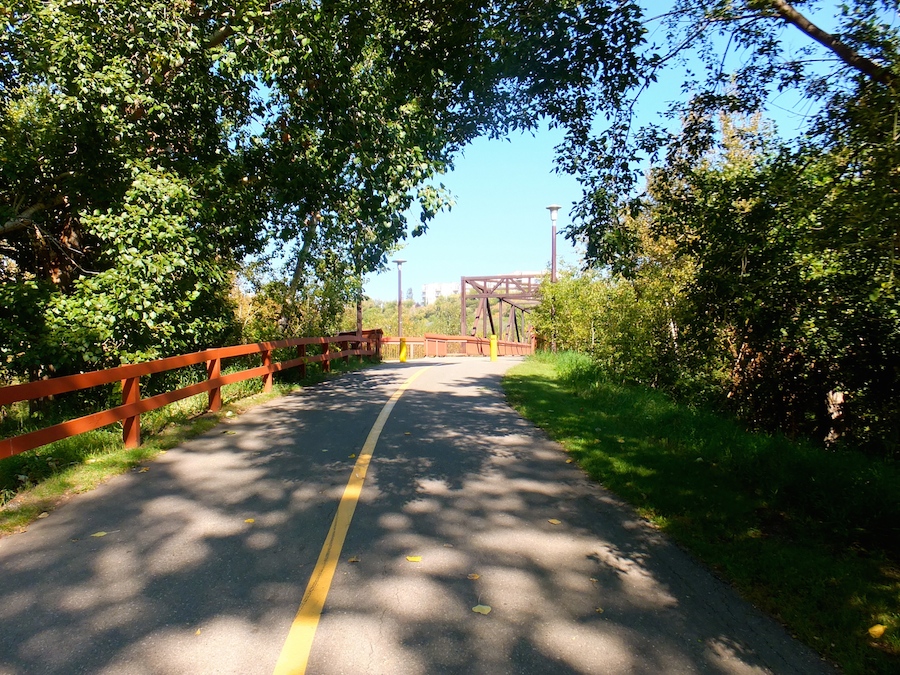 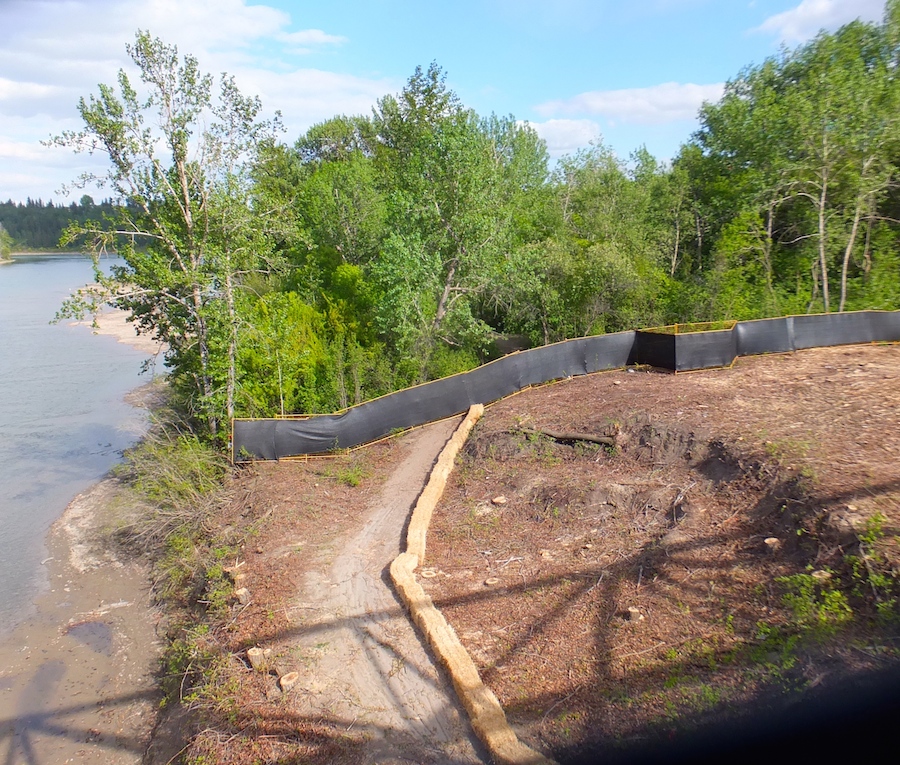 Gone, the City’s commitment to The Way We Green river valley strategic plan.

Gone, the Botanical Society gardens on the Muttart grounds.

Gone, the best commuter bridge for pedestrians in the city. A meeting place, a viewing place, and an iconic and beautiful Edmonton place.

There’s not much more to say. This bridge and the area around it has given me so much over the last 20+ years. Nothing I could say could ever repay the grace and beauty I’ve received. If it’s possible to call a thing a friend, the Cloverdale pedestrian bridge was a friend.

A list of every blogpost where I’ve mentioned the Cloverdale Bridge by name in Donna’s River Valley (which still does not even come close to capturing all the moments I’ve spent on the bridge). 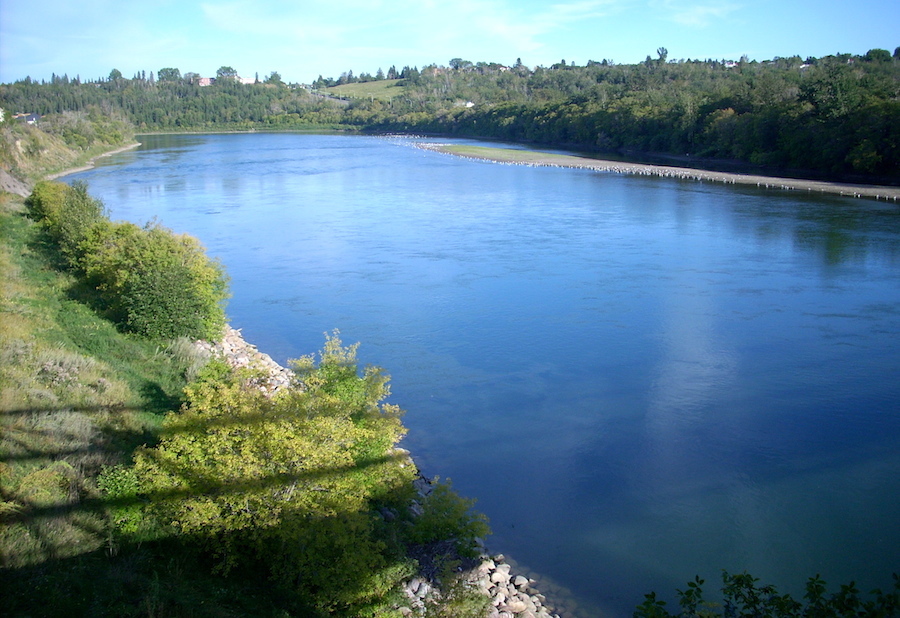 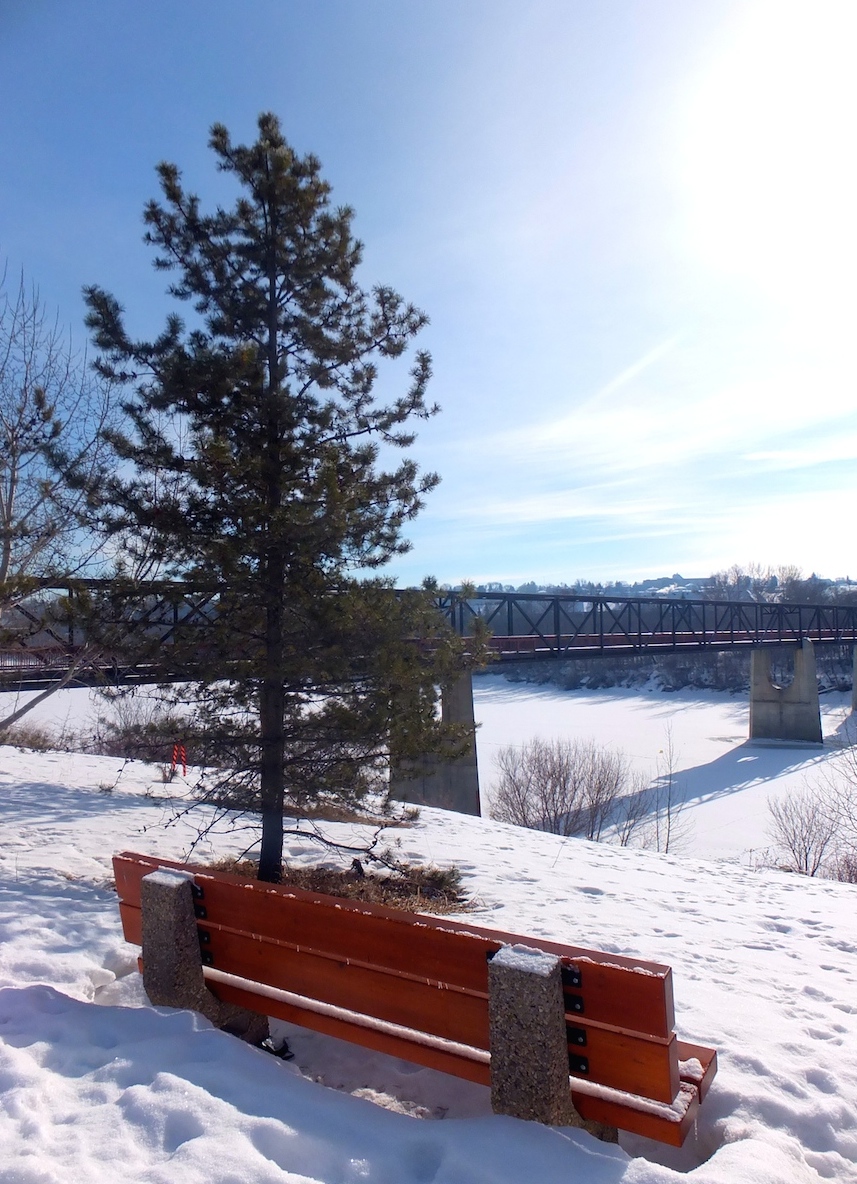 A bridge in winter