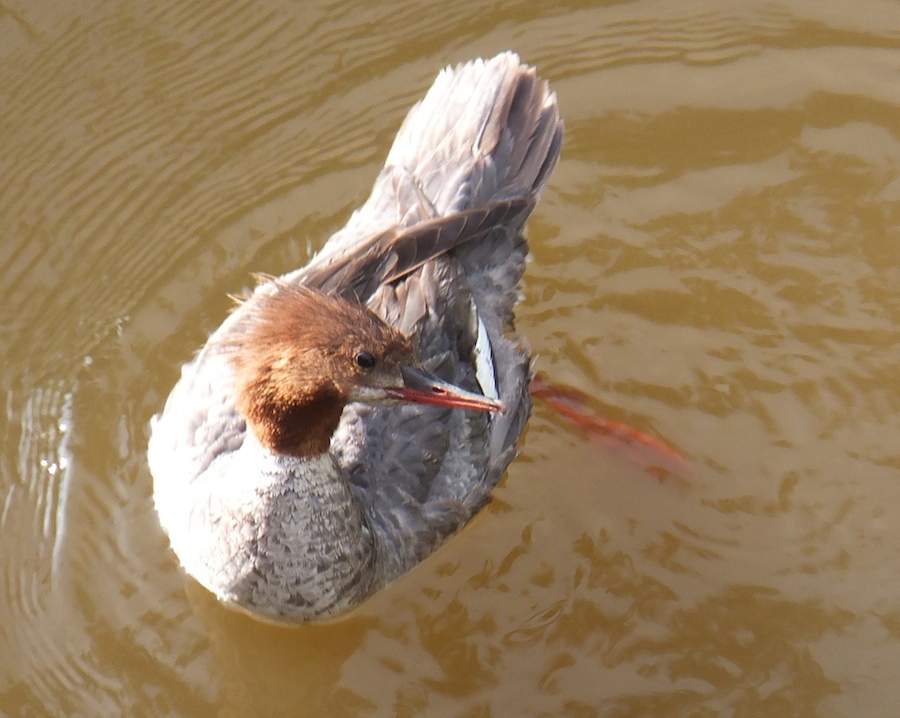 Went for a rare evening walk on Monday night, two nights ago. It was late when we got back, and in spite of the fantastic wildlife we saw, I just didn’t have the energy to write a post. Pretty much went straight to bed.

In the 20 plus years of walking in the river valley and ravines, I’ve walked early in the morning and in the late afternoon, but as a lone walker, a lone female walker, I’ve avoided the evening hours and I never walk at night. It’s that danger thing. So many people over the years have asked how I can walk alone in the woods, and the answer is I feel safe. I’m a day walker. Tom, on the other hand, used to run after midnight all the time. It’s simply unthinkable for most females, but I can imagine how quiet and peaceful it must be, alone along the streets at night. I’m sure I overestimate the danger, but it’s so entrenched, it’s difficult to even form the thought. Not even he, I think, would run in the river valley at night.

So it was very nice to walk in the evening with Tom. The light was much softer, the air cooler and more fragrant. It wasn’t raining, which is unusual these days. We saw a beaver – a nocturnal animal that rarely comes out during the day. Usually it’s their much less impressive, although I’m sure equally affable day-cousin, the muskrat. Once I put the photo on my computer I realized it was in fact a beaver mum and her child.

From a distance, we saw many swallows darting at the mosquitoes on the creek. Apparently, they eat the equivalent of their body weight in mosquitoes daily, so yay swallows! I’ve never seen anything like this before. We also saw a female merganser duck and her 17 children (Tom counted). They were very clearly playing in the water, which was deep and flowing quite fast (for the Whitemud). I’ve seen ducks, many, many ducks so this wasn’t particularly unusual, but she was a very beautiful specimen with her spiky Billy Idol crest and energetic brood.

We hope to do more walks like this, at least as long as the light holds out. 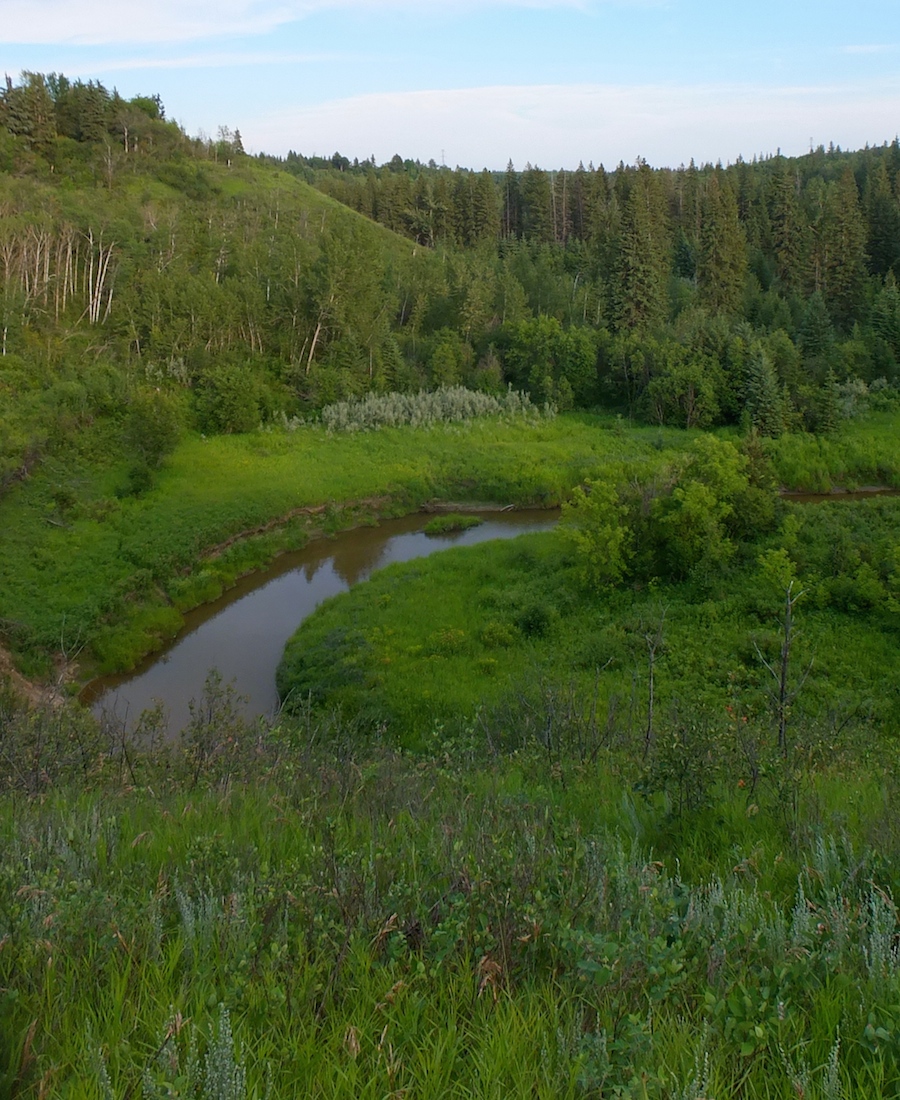