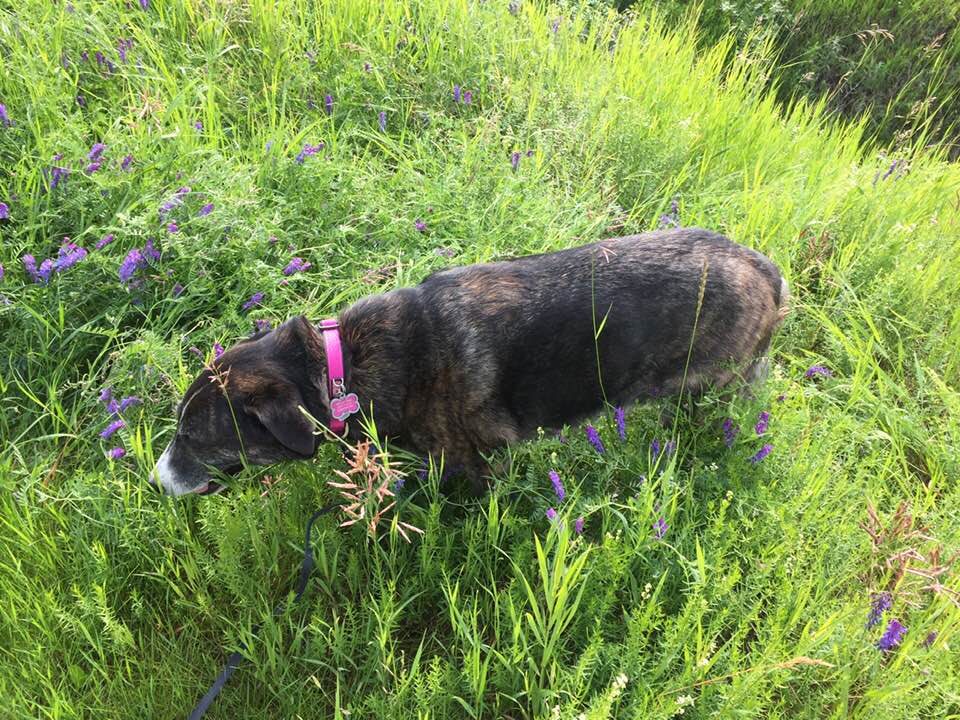 I’ve been off since June 27, a little more than a week. Unlike last year at this time, which was sweltering, May and June have been cool and wet, and July has started off unseasonably cold as well. I don’t want to complain, because my place gets very hot, and rain is always good, buuuut…it’s been tough to plan a lot of outdoor activities. Also, it’s the tail end of worm season, so some of my usual paths are still off limits. Nevertheless, I’ve had a few good walks, and yesterday was one of the best walks in recent memory.

Sharon, Stella and I went to Goldbar Park. I’ve only been there once (with Sharon and Maggie), because it’s on the far east side of Edmonton, but wow, it’s fantastic! It straddles Rundle Park, and it’s hard to tell where one ends and the other begins, but both were spectacular, and the weather was perfect. Blue sky, no rain, and about 15C, which was fine for a morning walk. 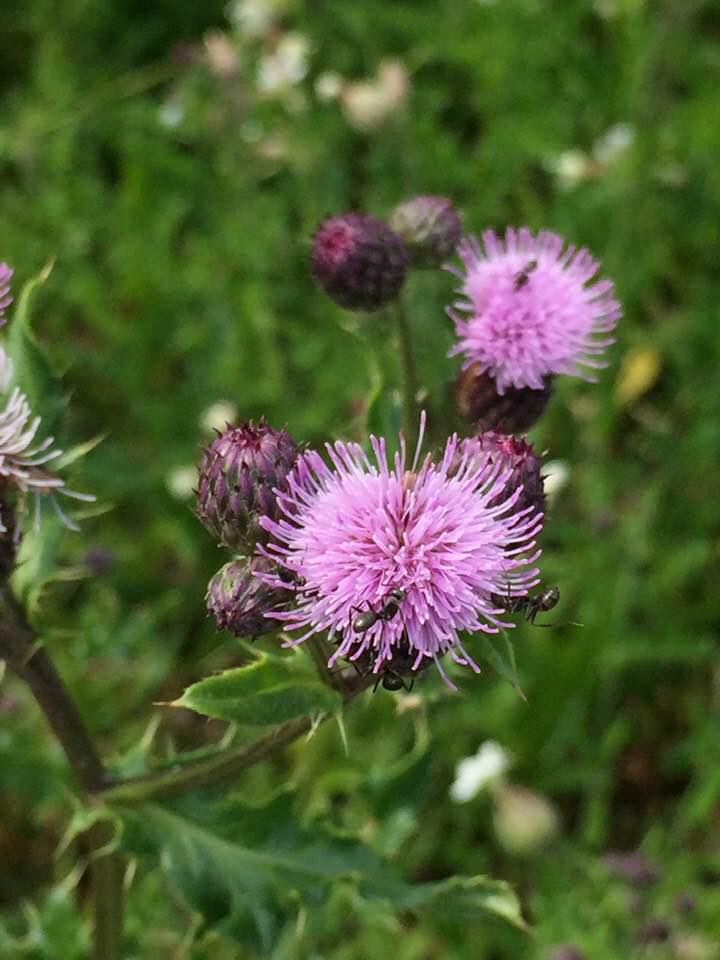 We started off by crossing the Ainsworth Dyer footbridge, which is almost exactly like my old love, the Cloverdale pedestrian bridge at Louise McKinney Park (sacrificed for the incoming Valley Line LRT). The difference is that some park vehicles can cross it, but other than that it’s the same wooden and steel expanse, open to the sky, and creaky underfoot. Stella hates bridges where she can see a bit of the water through the slats. It scares her, so she walks very slow and low.

Right off the bat, I spotted a pelican, but I only brought my phone, so no good photos. Lots of swallows too. 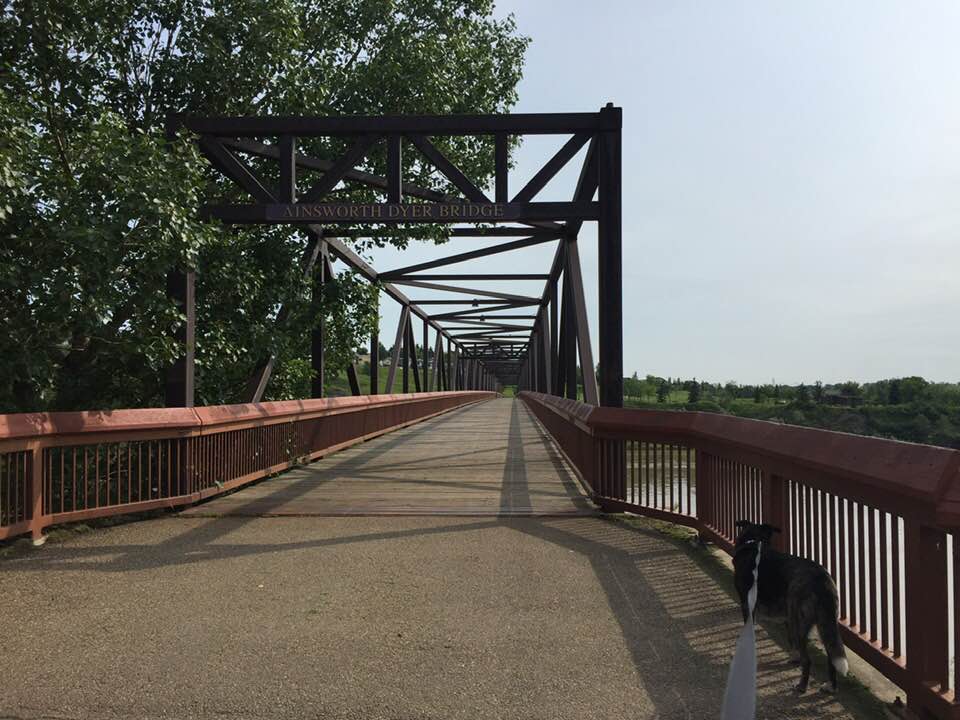 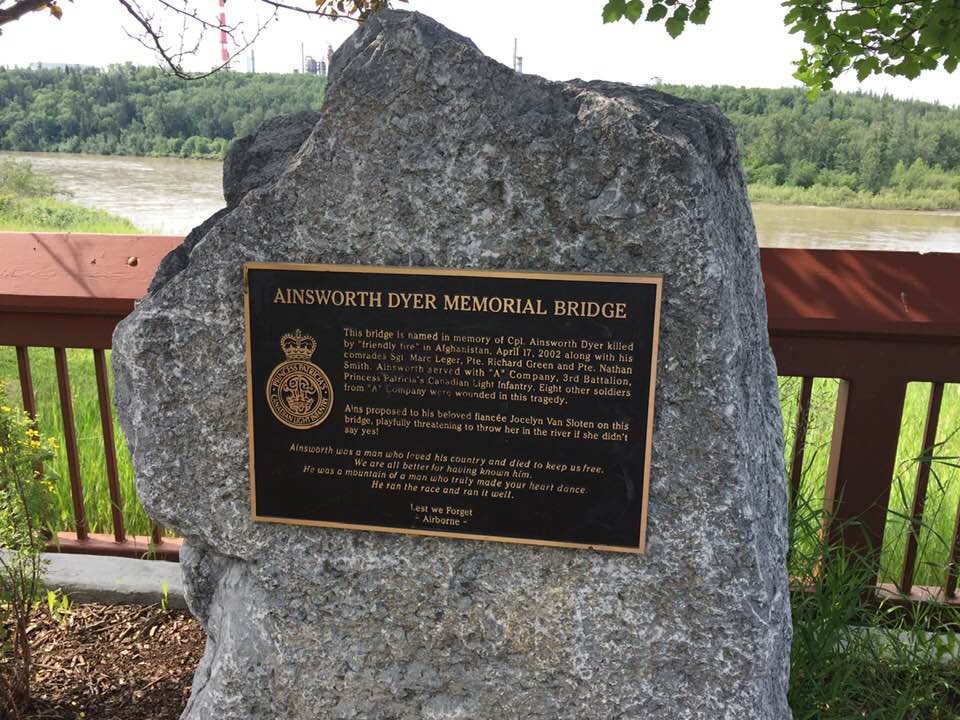 The park(s) are full of water features. Mini-lakes, streams, sloughs, multiple bridges, and lots of birdlife. Stella helped herself to one duck-filled pond, and was super happy just trotting around the park, wet and sparkly in the sun. 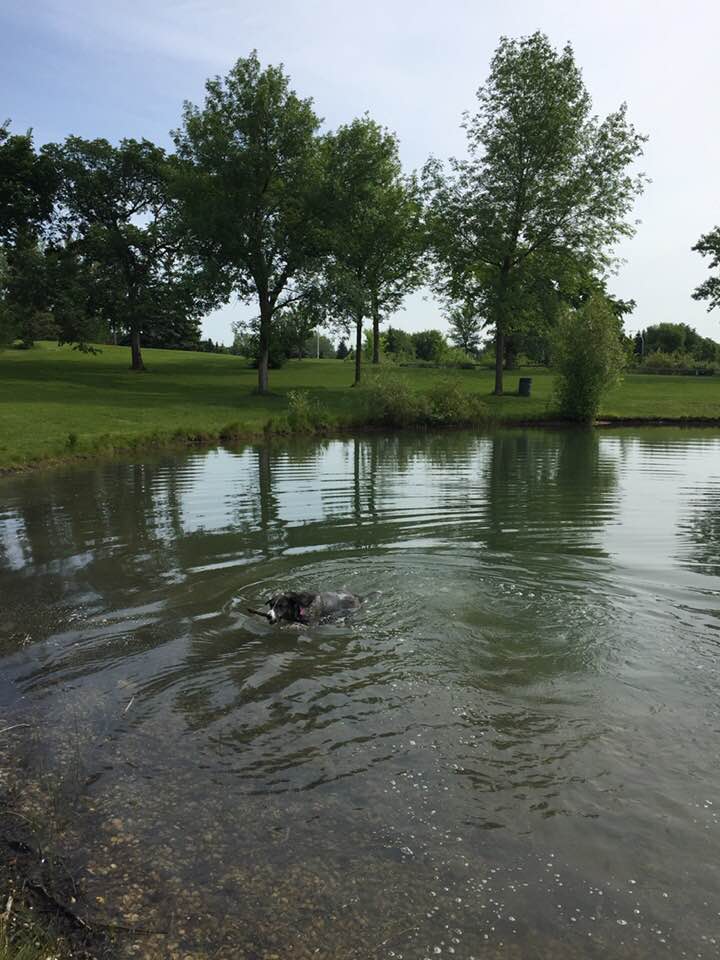 We looped around Rundle and then followed an unpaved path along the river in Goldbar, which is off-leash. I was totally paranoid about Stella wandering off into the river, which is running very high and fast, but a combination of my yelps, Sharon’s calm assertiveness, and eventually, the return of the leash, kept this curious water dog out of the drink.

The previous day (Wednesday) Tom and I walked through Glenora/Ravine Drive in the late afternoon. It too was a great walk, under mottled grey skies and some sun. Such a beautiful neighbourhood, with amazing views of the river valley. We used to walk together more, but it’s fallen off the radar of late. I blame hockey, binge-watching series like, most recently, Deadwood, and rain/cold.

The night before, Tuesday, I really wanted to go for a walk in the afternoon, but Tom was still asleep (he’s largely nocturnal), and the early evening looked wet, so although we didn’t go together, I threw on my running shoes and headed out around 6:15 pm. Happily, there were no worms hanging from the trees along Victoria Park Road or even River Road, but the bad news was that I was chasing a big, black cloud and I lost. By the time I was mid-way through McKinnon Ravine, the rain started. I got pretty soaked. There was a big rainbow over Groat Road, but it was still raining at that point and I didn’t want to risk ruining my phone. Nearing 124th Street, the rain stopped. I’m glad I went for that walk. It felt like something the old Donna would do. Priorize a walk over just about everything.