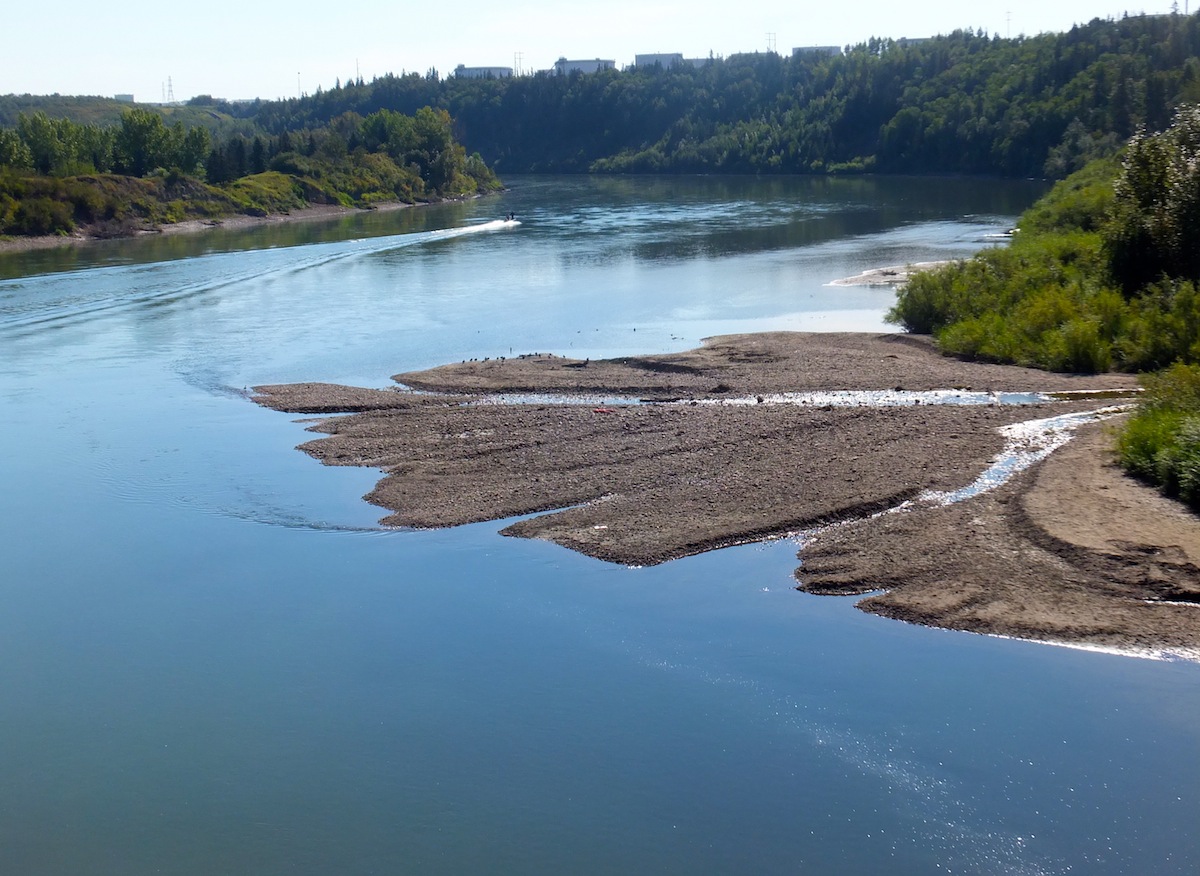 Hey! A new trail. Not new to many, but to me, completely unfamiliar. Actually, it seemed weirdly familiar in a few spots. Gold Bar (off-leash trail) also has the Ainsworth Dyer pedestrian bridge which looks startlingly like the Cloverdale bridge across from Louise McKinney Park. It’s higher (I think) and longer, but very 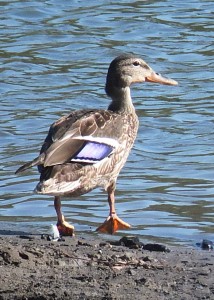 similar in appearance. There is even a ‘seagull island’ off the east end, which, in miniature, resembles one of those fake island developments in Dubai. This one would more appropriately be called duck island, however, as it was full of them. A bit weird to look over the rails on the other side and not see the Edmonton skyline. Met a nice fellow walking two pushed-in-face dogs, who kindly offered Maggie a cookie, which she slobberingly accepted.

Maggie was in HEAVEN. Down a root-lousy trail, over a creek (no more than a run-off from the hill but deep enough to soak a running shoe), we were able access duck island, and the river. Water really pulls out Maggie’s inner puppy. Usual routine: jumps in, sits down, jumps up, frolics, runs out, shakes it off, does the whole thing over again. We threw some rocks and sticks into the river, but incentives were not necessary. She was even making new kind of bark. Like a giggle. Only shrill.

Really a nice trail. There are other trails, and many more monkey trails to discover, but it’s a little far out. More exploration required. 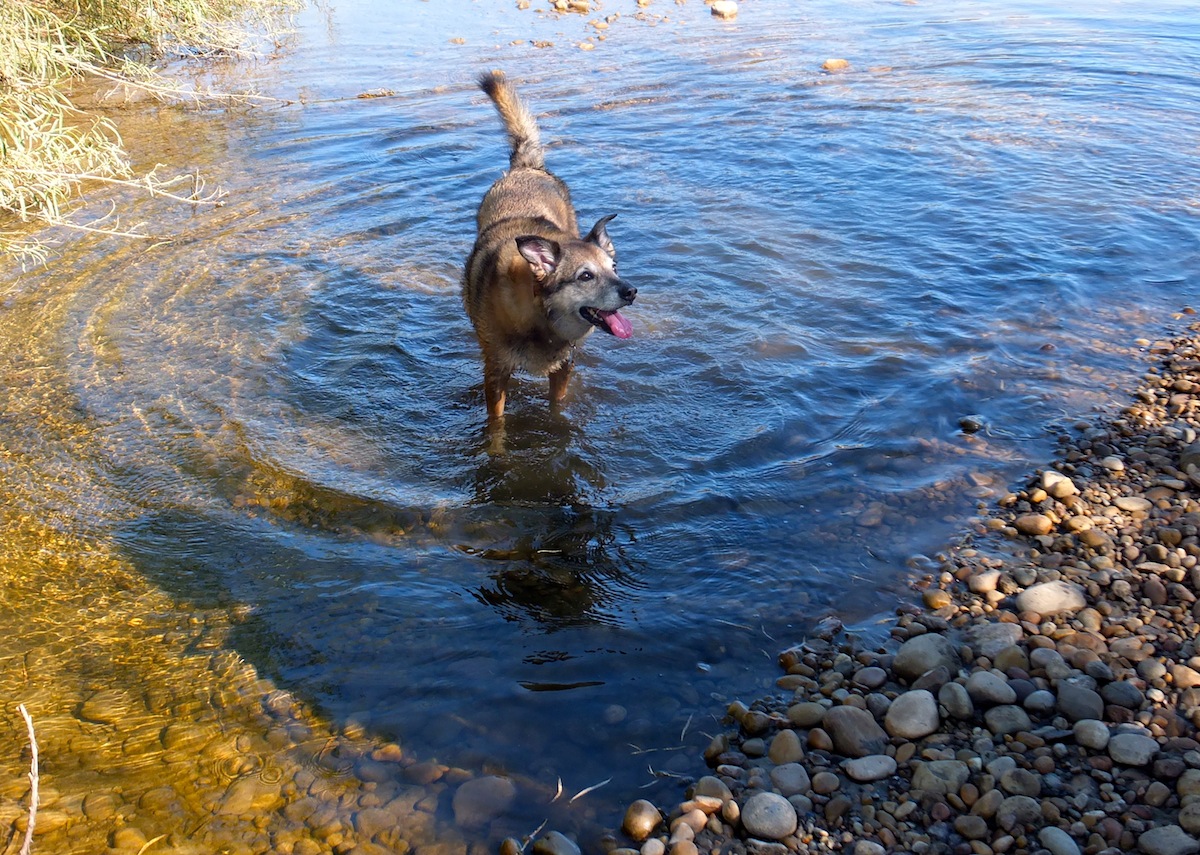 Maggie’s favourite place in the world (besides bed): the water 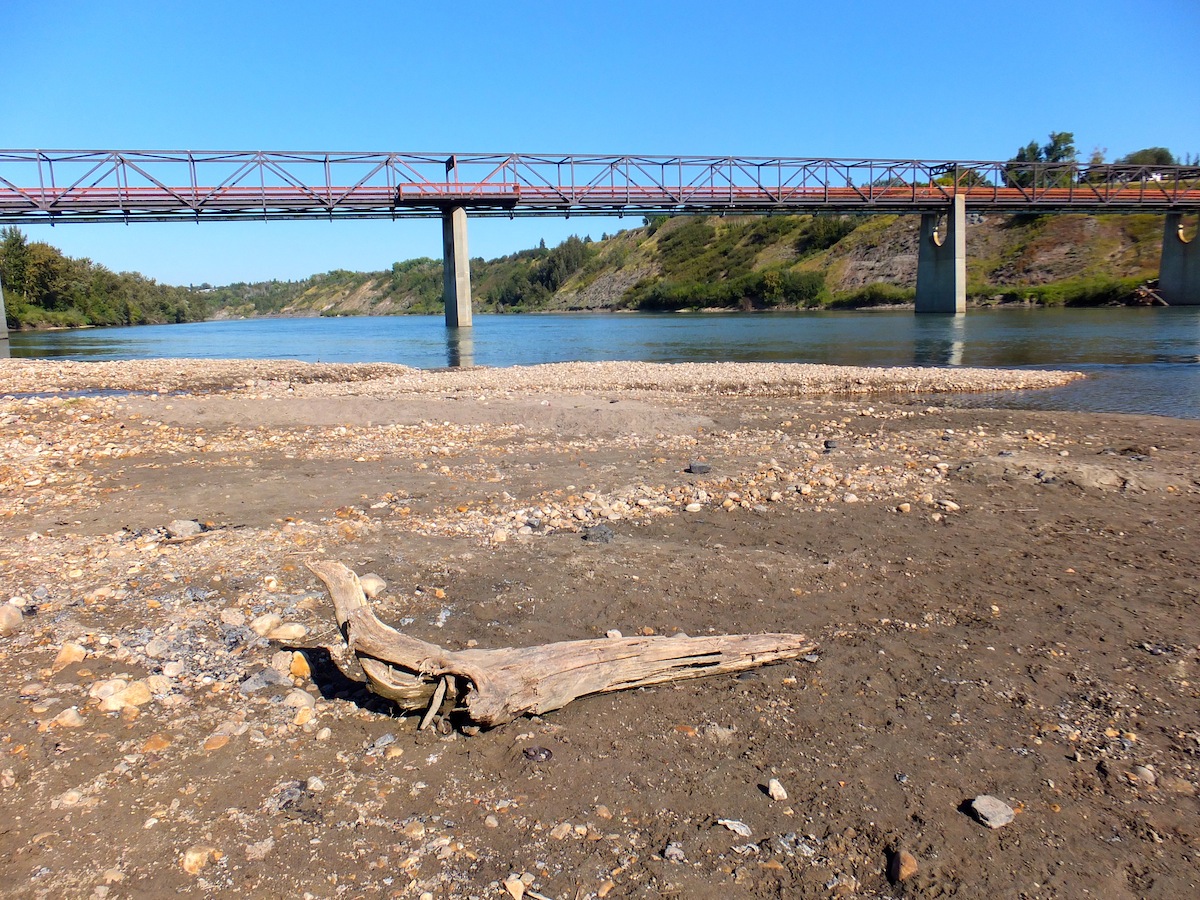