No, I didn’t run across wild goats on a hike. The City of Edmonton has brought in a herd of 200 goats to munch on weeds in city parks. Love the idea! Who doesn’t like a nice goat? Except, of course the Canadian thistle and other “noxious” weeds that are apparently high on the list of goat-approved snacks. 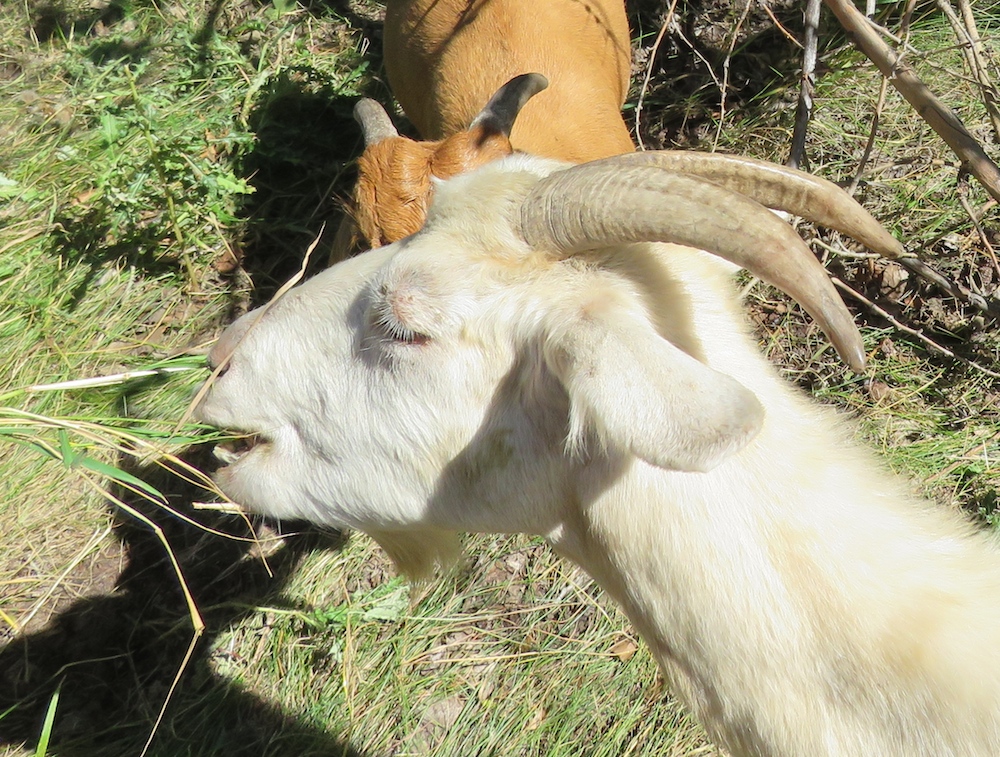 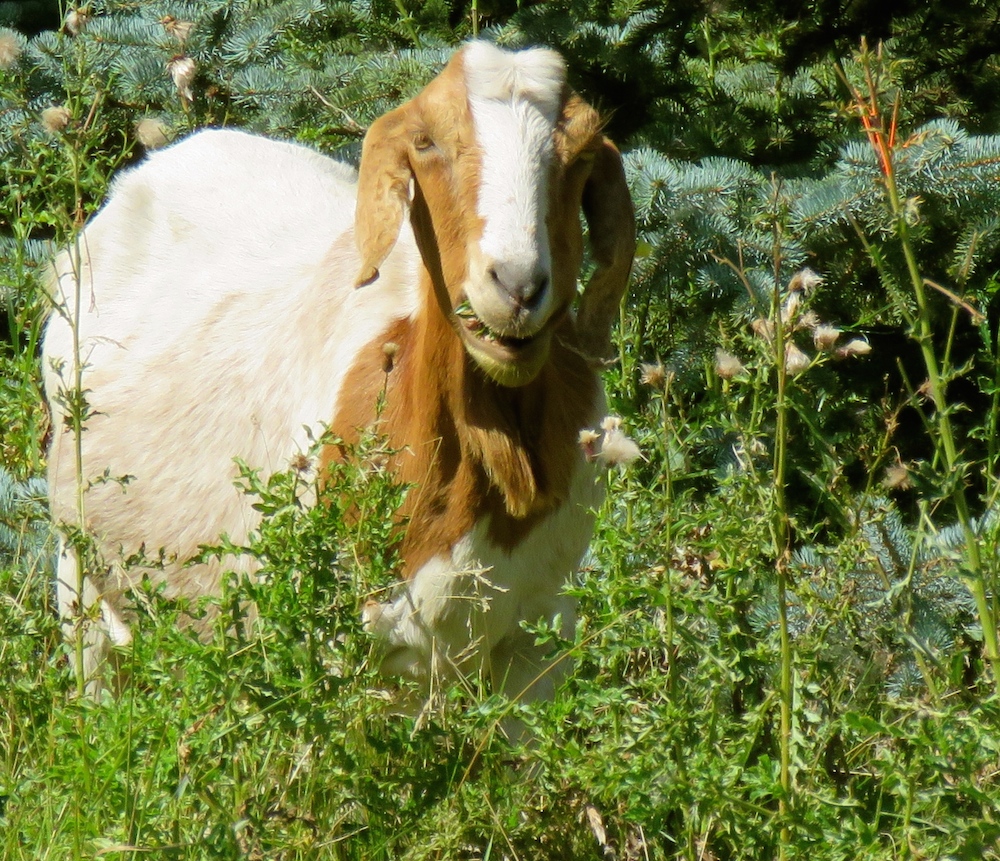 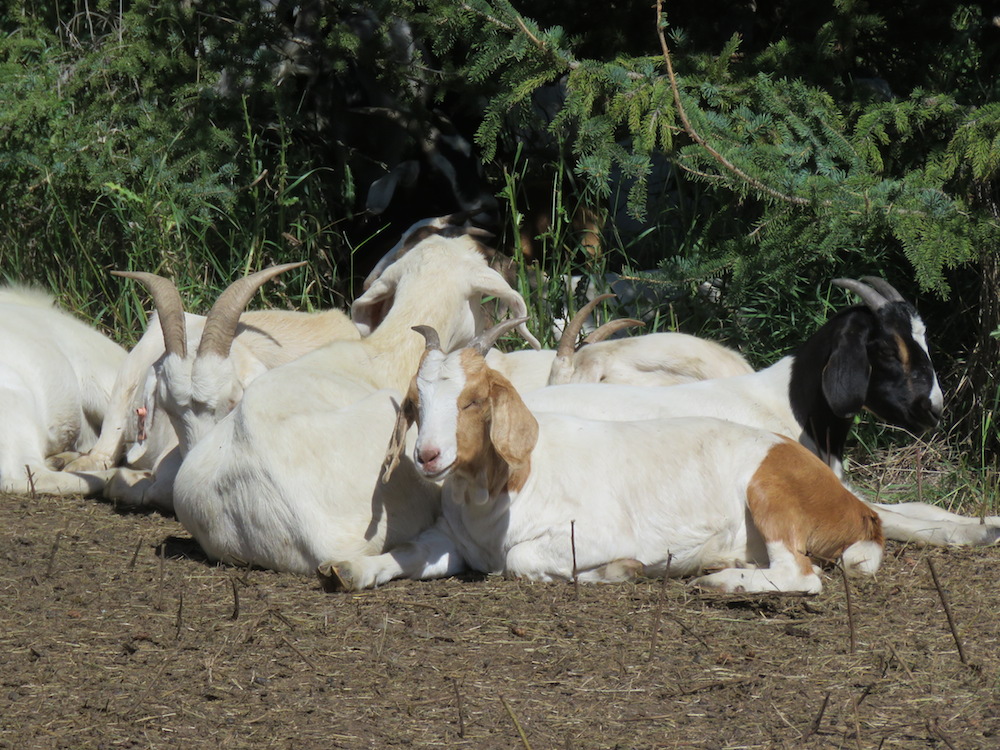 We travelled on a windy Saturday morning to Rundle Park to the Meet & Bleat, and it was surprisingly awesome. I mean, they’re just goats, but the idea is obviously popular with Edmontonians judging by the size of the meandering crowds making their way around the gated area. You’re not supposed to touch the goats, but many were, including myself and my sister Joanne – a devoted petting zoo enthusiast. 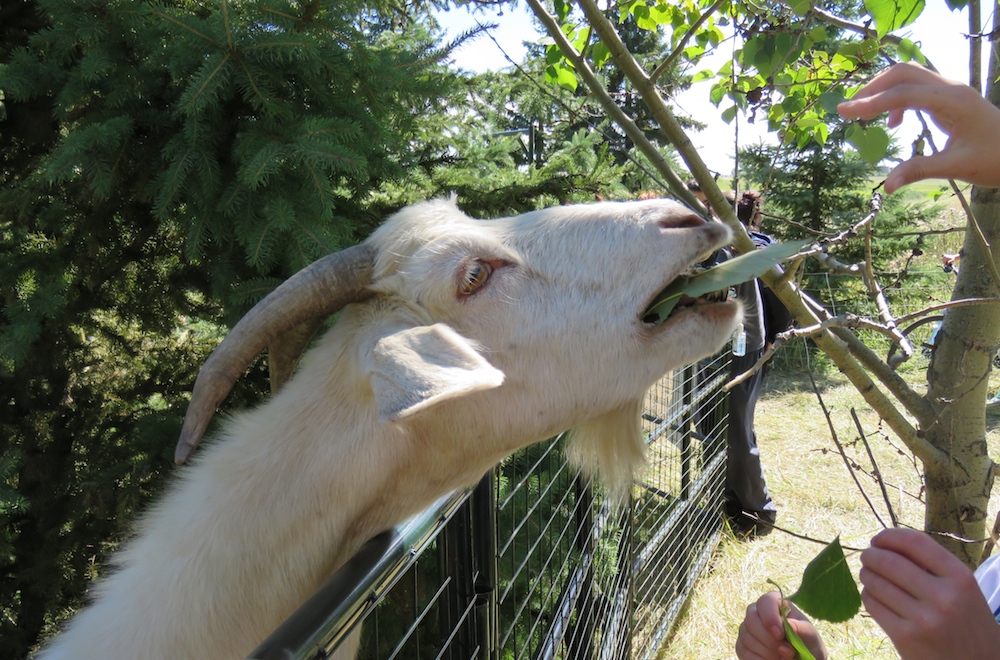 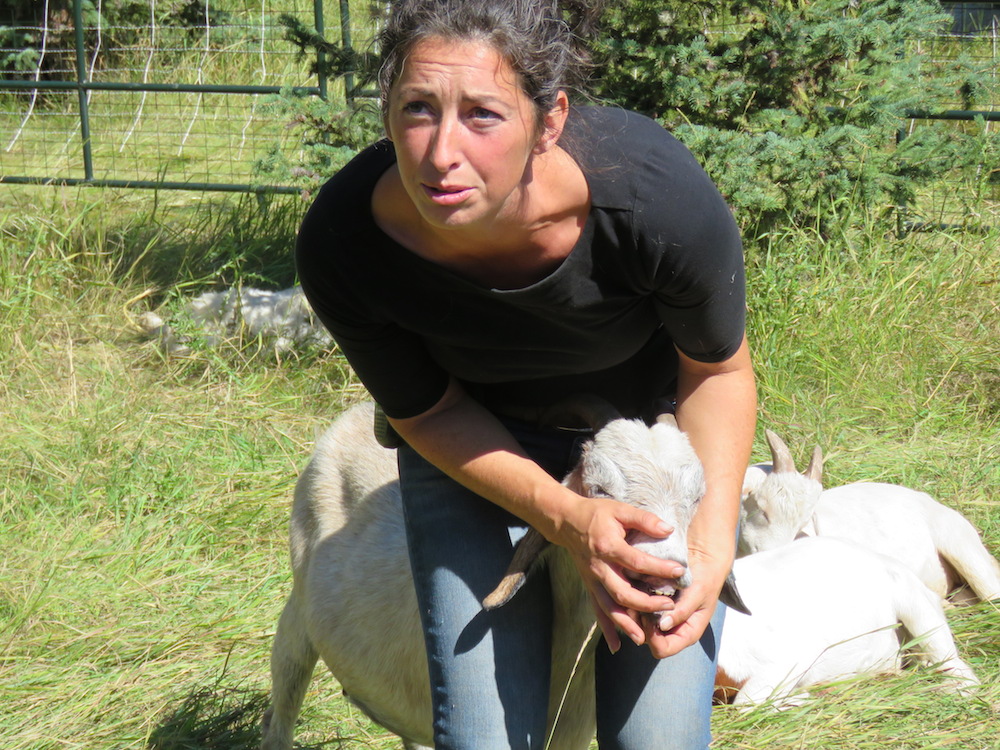 Jeanette Hall, the goat shepherd(!), was on hand, telling us about the process of getting such a large and unique operation approved, with some additional goat show and tell. This is happy stuff, for sure. Such an environmentally positive step for Edmonton, and an entirely positive experience for Edmontonians. Hopefully the goats are enjoying it too. 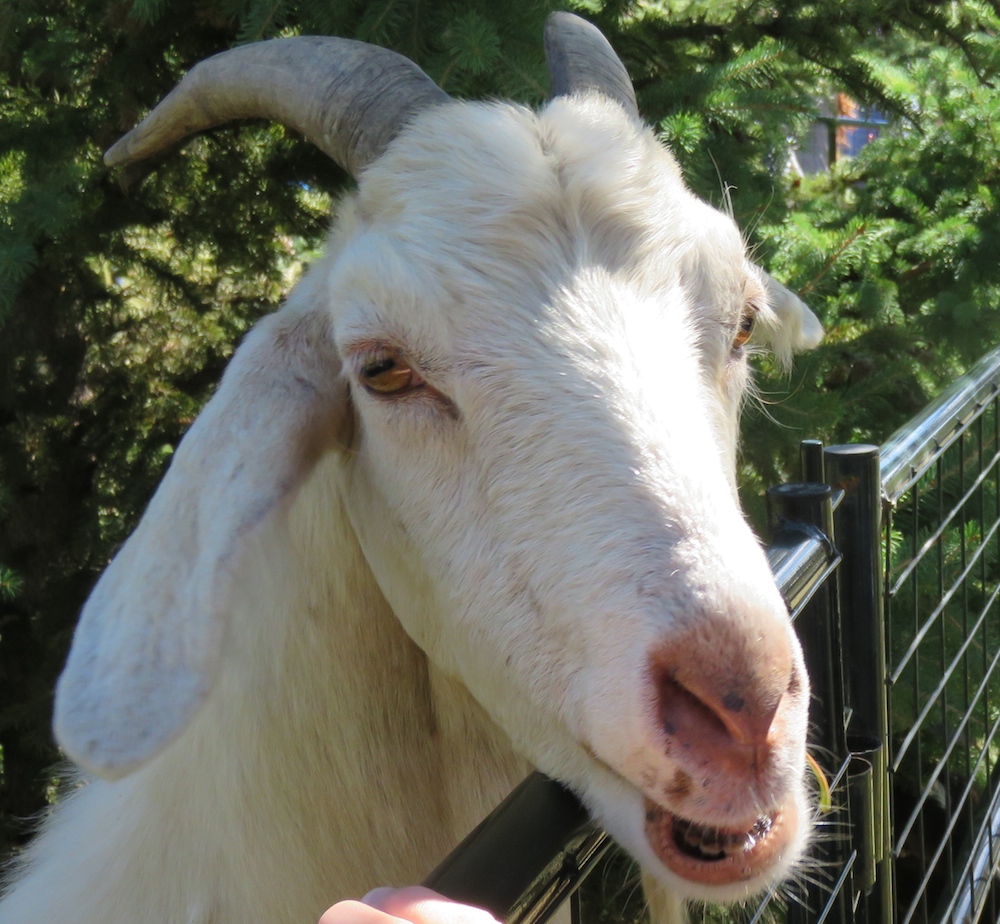 I am woefully unfamiliar with this part of the river valley. Rundle Park, Goldbar Park, all beautiful areas of the city that have largely escaped my footsteps. I should really make an effort. The view was spectacular, and not just because of the goatscapes. 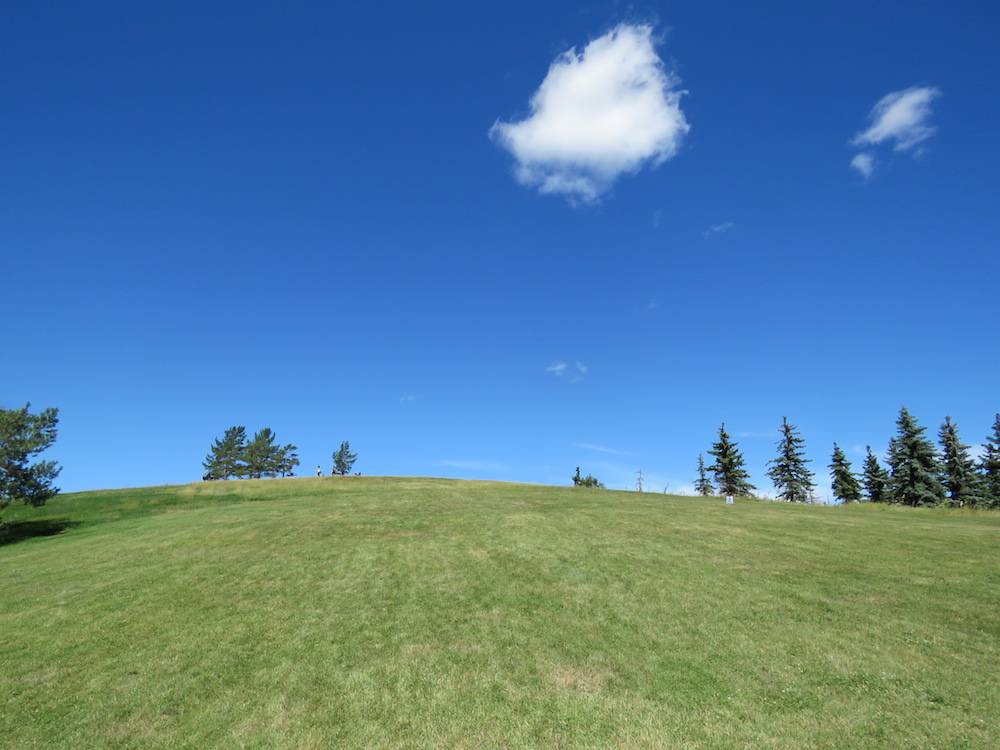 Over that hill, goats! 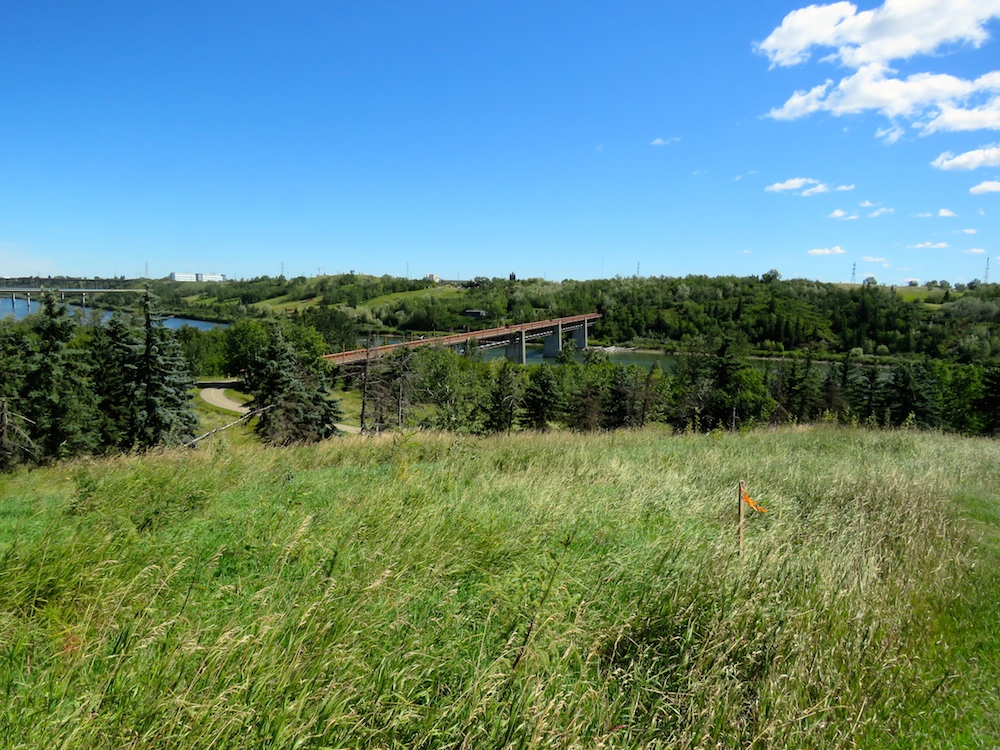 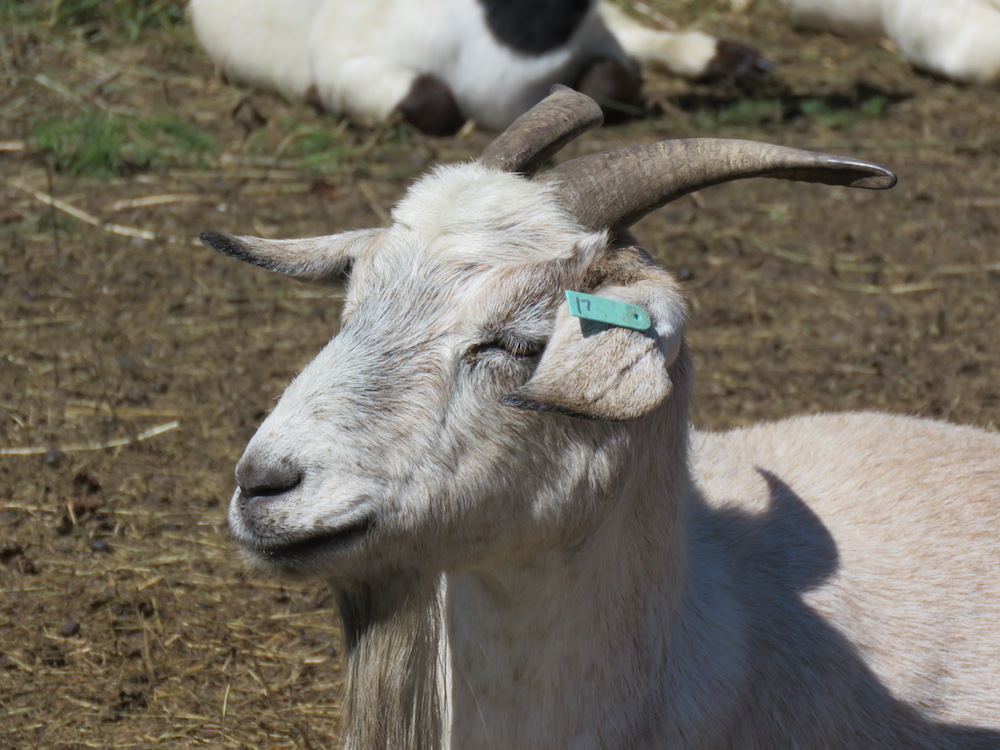 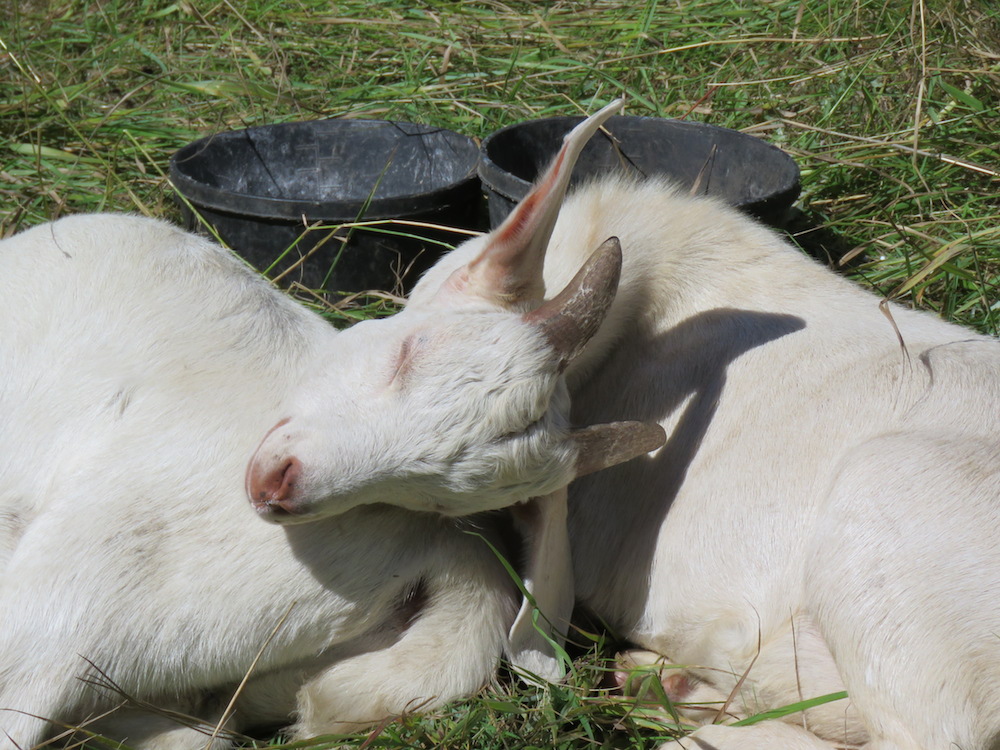 Later that day, I walked with Tom around Glenora for a little over an hour. A nice, cool evening, but the sun is definitely buggering off earlier. We arrived home in the dusk. 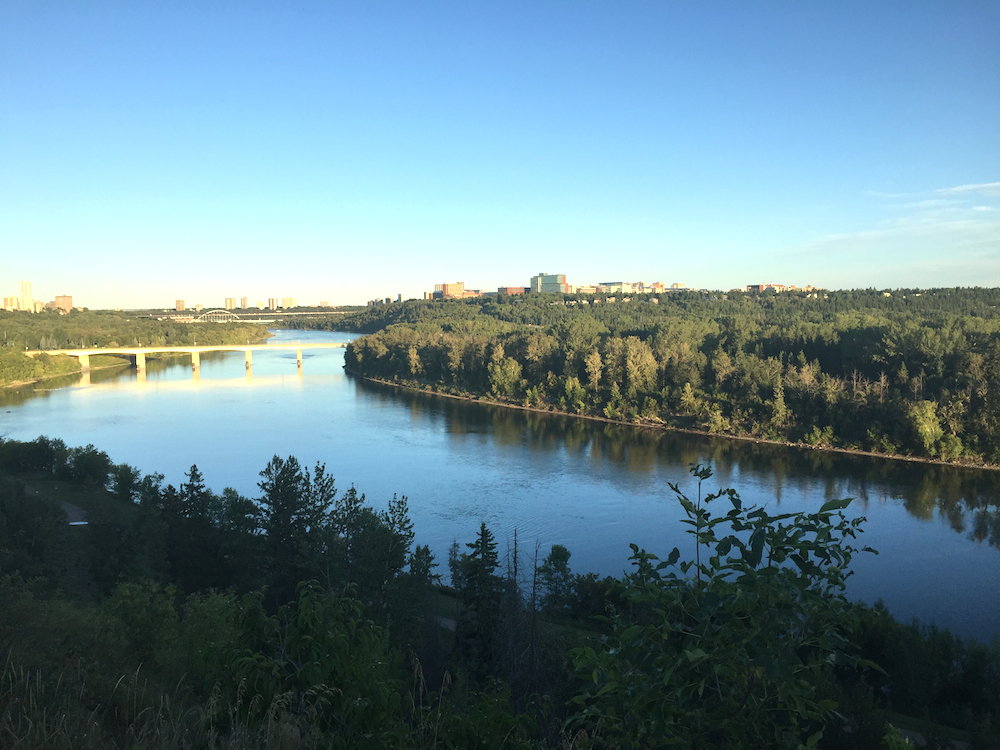 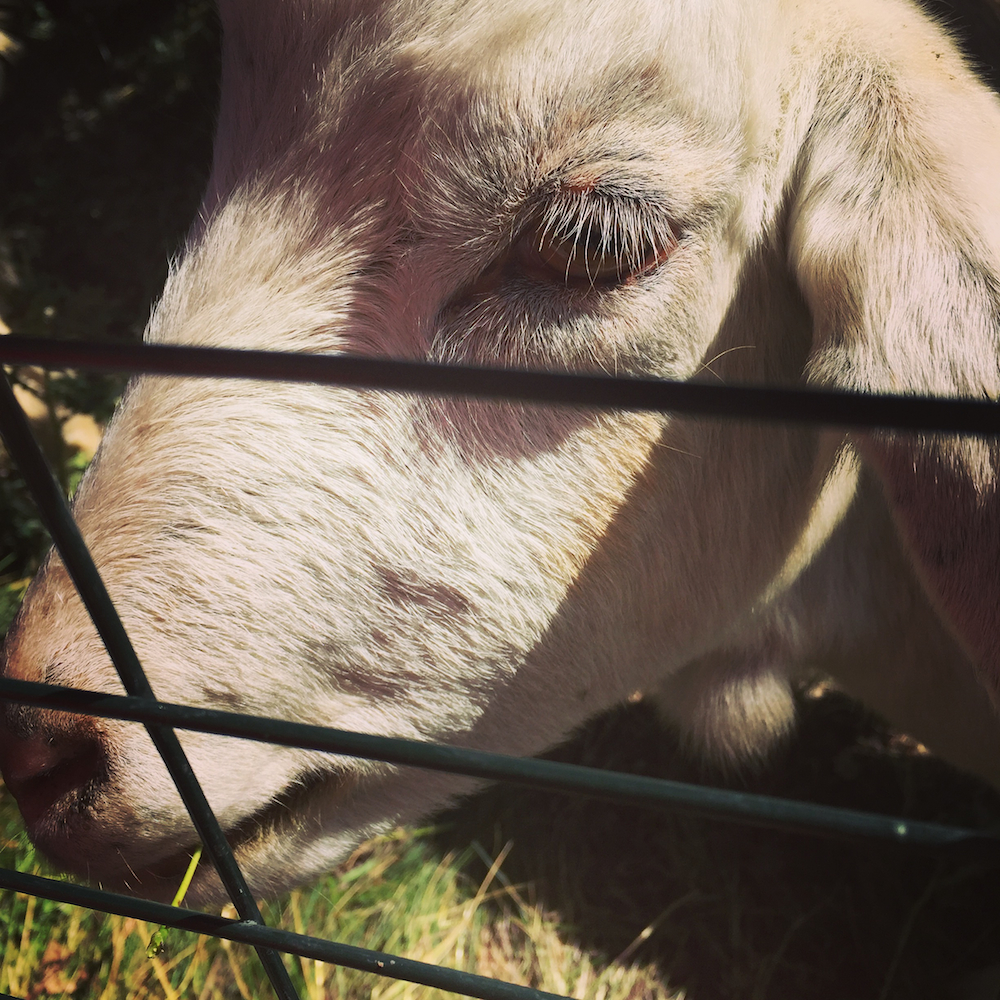