A magnificent afternoon walk in Whitemud Ravine. Walked down the powerline into the ravine, and then as far as the third bridge. Back the same route. Soon into my walk, I came across a lone wild clematis growing inexplicably among the poplars and the birch trees. It was kind of weird to see the  unmistakable purple bells of a clematis, just like the flowers in my sister’s garden. And if that wasn’t enough, as soon as I started shooting a few photographs, a fat bumblebee flew into the flower. I didn’t get a perfectly sharp photo of the bee, but good enough. 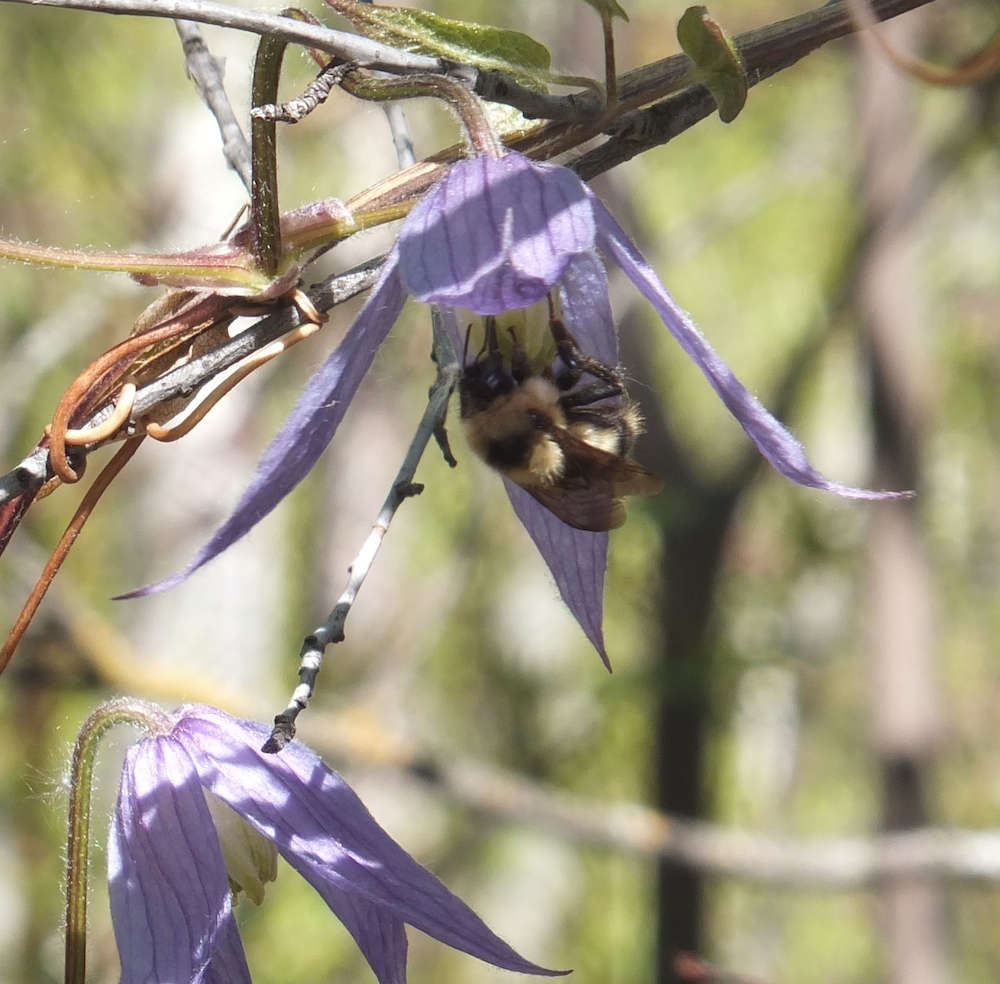 I figured that this would probably be the highlight of this walk, and it was, but I think I also saw a bald eagle. I heard a strange gobbling sound in the air, and when I looked up, two birds, both dark but one had a white head. Could have been something else, I suppose. They were high in the sky, and I followed them for awhile, but no eagle. I did shoot about 50 photos of a dark bird far away in a tree, which I thought might have been the other bird I saw, but when I zoomed in, I discovered that I had wasted a roll of film (figuratively) on a raven. No offense to ravens. 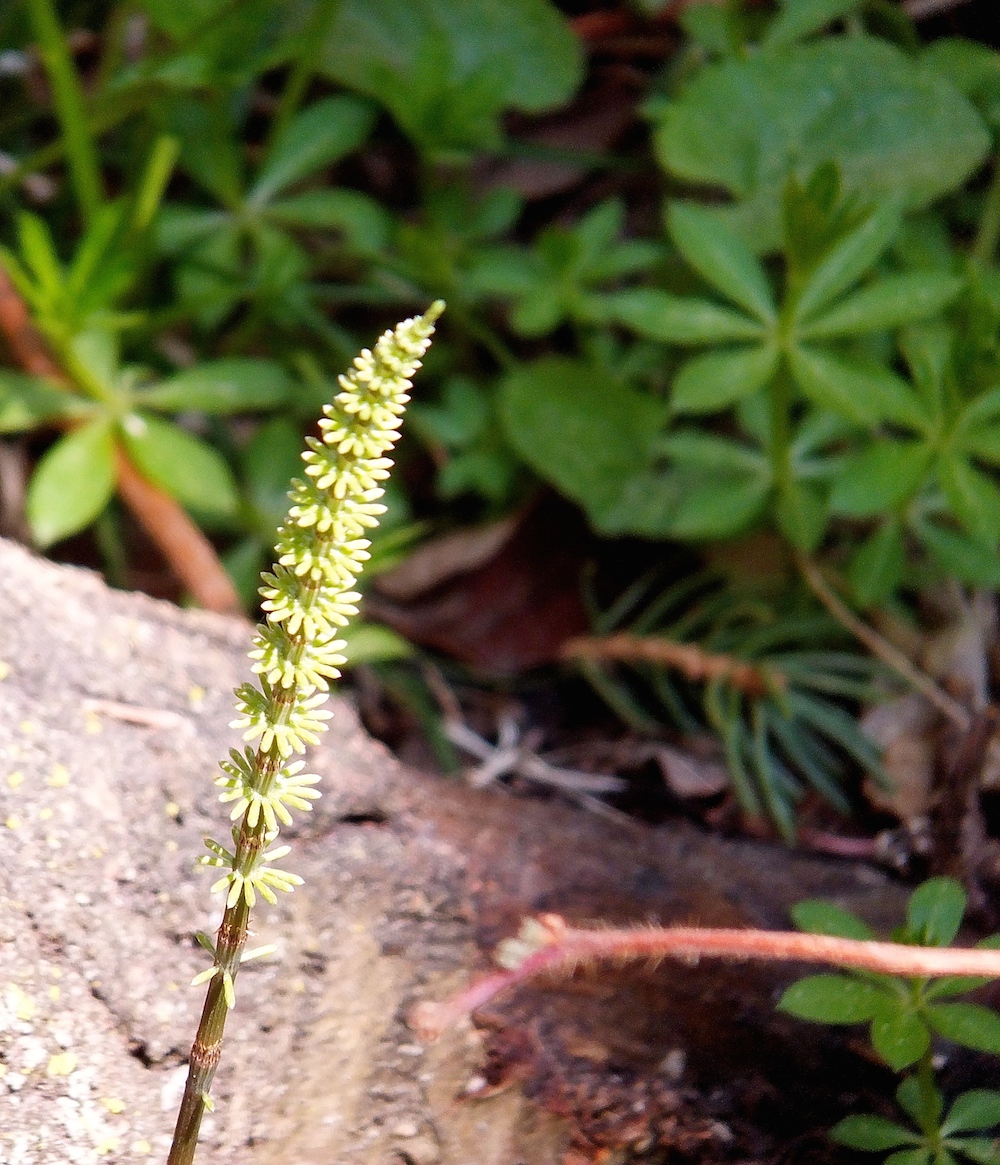 I love this time of year. For one thing, it smells heavenly. Also, the trees and bushes are foliating rapidly, but the monkey trails are not yet overgrown. Even in the summer they are passable, but sometimes hard to see. And so, I’ve been following these footpaths when they look interesting, and today I walked along a flat part of the creek bed for quite awhile before the bank rose up again. Reminded me a bit of south Mill Creek. We’ve had very little rain (other than the snow), so the Whitemud is very low and murky. We could use a day or two, or three, of heavy rain. 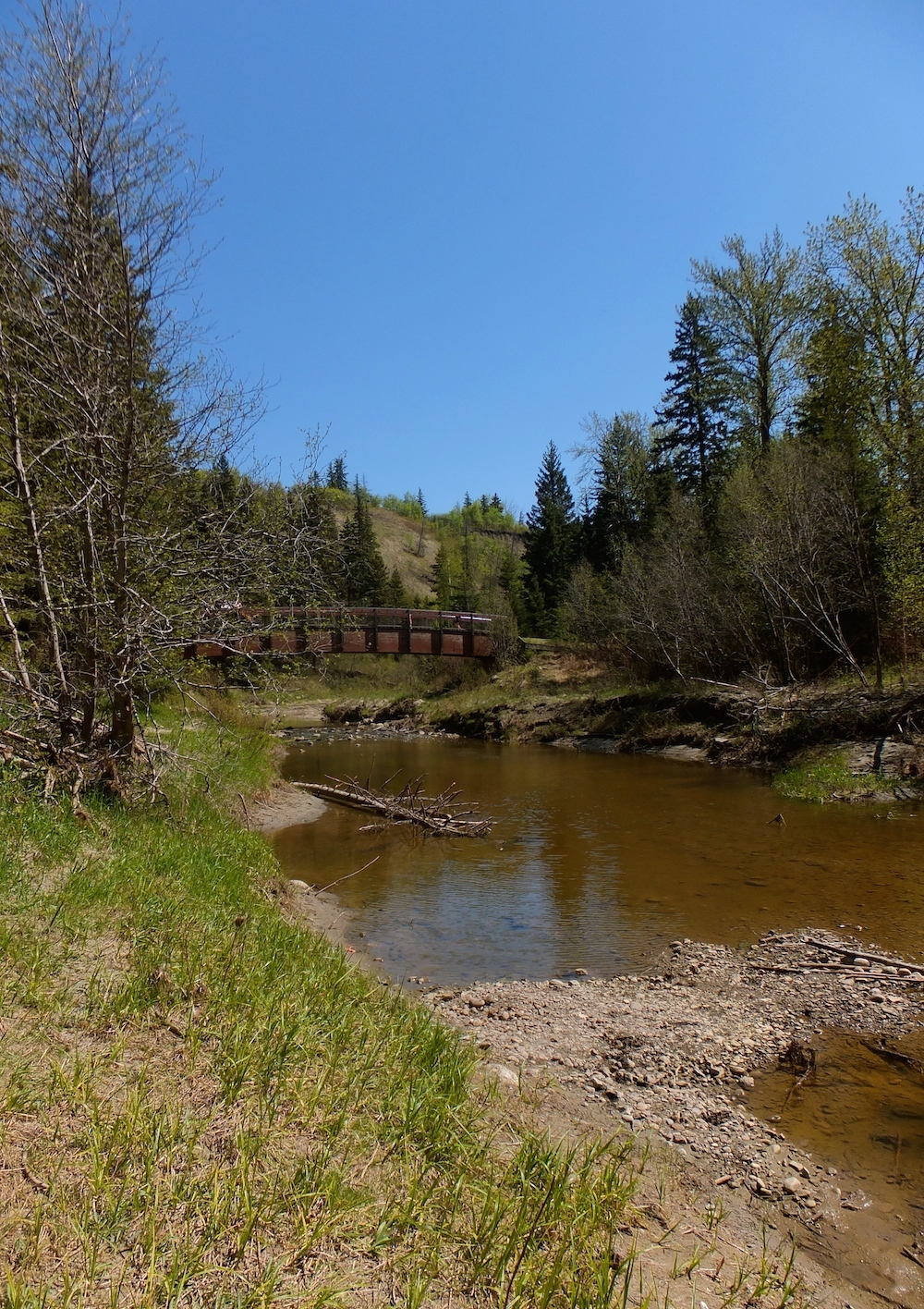 View from a monkey trail 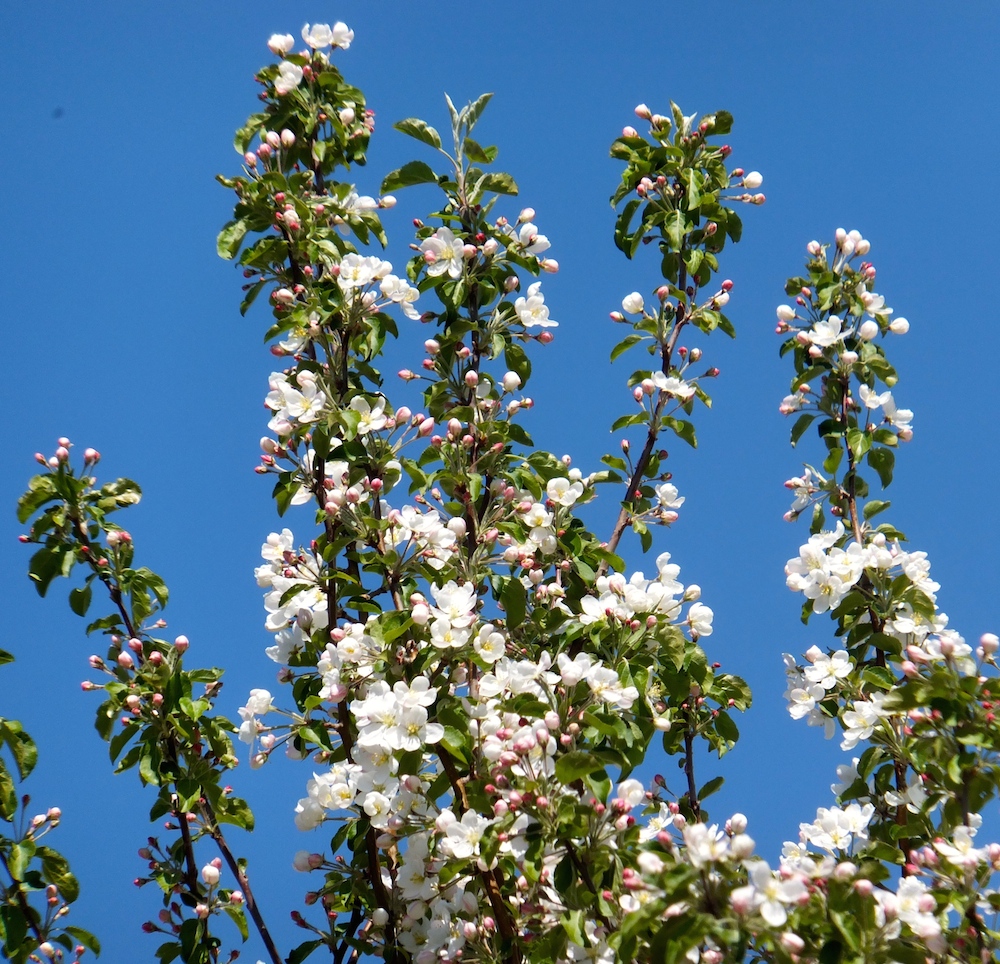