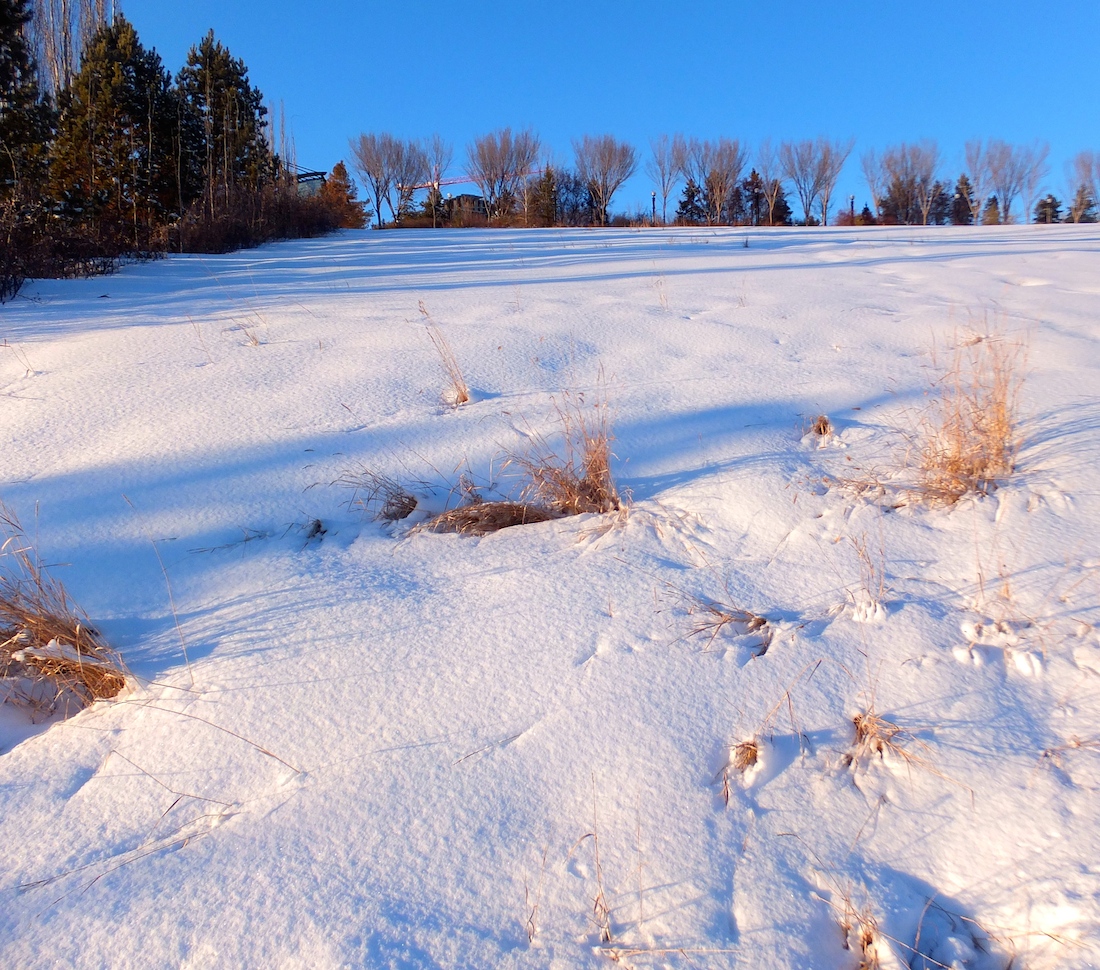 Was over in Rossdale on Saturday feeding cats, and took myself for a walk around the river. Actually, it wasn’t much of a walk. I left my sister’s place around 4:45, so the sun was already dimming, but still beautiful. Walked through mounds of almost virgin snow (which was a bit of a slog) from her place to the Low Level Bridge, proceeding across to the south side with the intention of doing a loop around the river to Louise McKinney. I noticed a (slightly dubious) guy on the other side of the bridge. I make a point of being aware of my surroundings, especially if twilight looms and I know I’m going to be alone on the trails. And son of a bitch if he didn’t show up as I was walking under the bridge! He said, “Happy Valentine’s Day”, and I said, “you too”. He then tried to initiate a conversation about the weather – under the fucking bridge. I didn’t stop, and when I reached the stairs, I turned around and he was just standing there, half obscured by the wall. So, I aborted my plans for the looping walk (which would have been beautiful), walked up the stairs and back over the bridge, taking the short walk up to Louise McKinney and downtown. There were more people on the north side of the river, and I did not see that guy again. He didn’t follow me. Took a bunch of photos of the gorgeous late afternoon light, and then headed home. 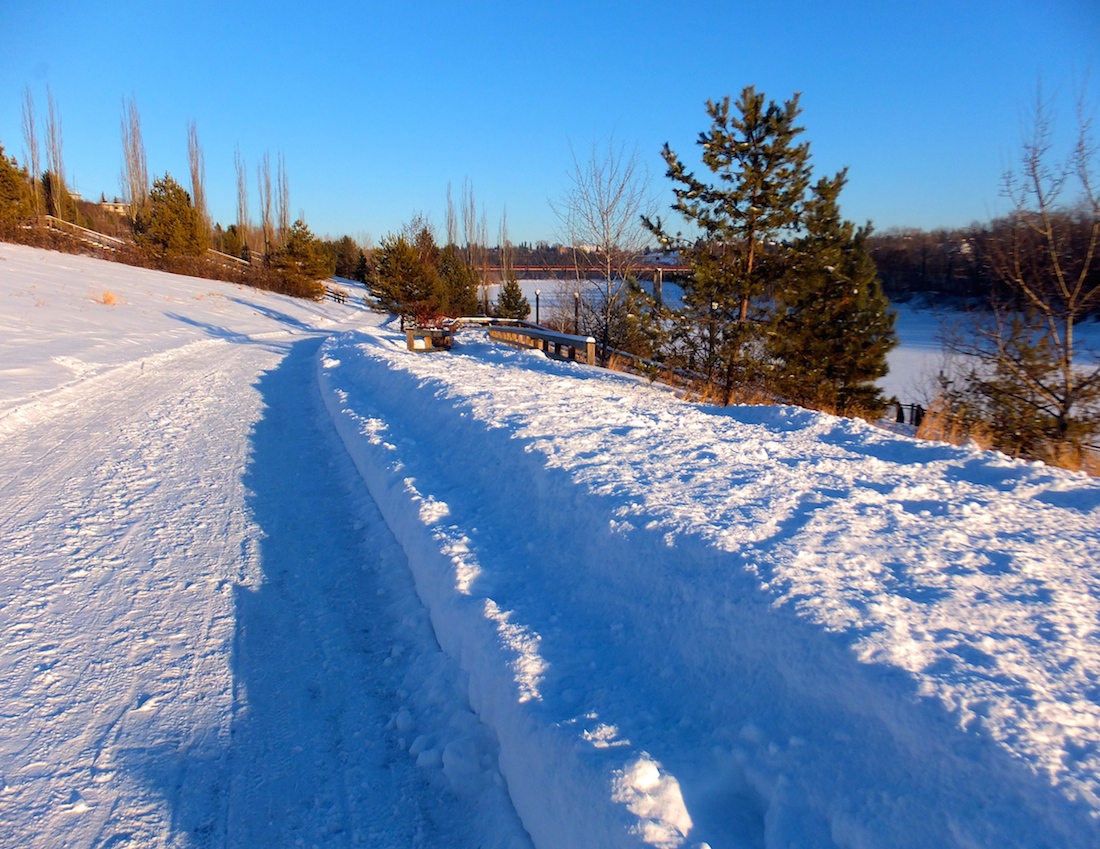 It’s hard to say whether this guy would have been trouble. Probably not, but in the 20 years I’ve been walking in the river valley and ravines of this city, I’ve never had an issue, and I intend to keep it that way. The few times I’ve felt threatened, real or not, I have paid attention to my intuition and turned around, or did whatever was necessary to put myself out of the way of potential harm. Over the years, friends and family have often expressed their opinion that the river valley, and especially walking alone in the river valley, is dangerous. Well, I haven’t found this to be true. I pick my times, and pay attention. On the up side, at least someone wished me a Happy Valentine’s Day! 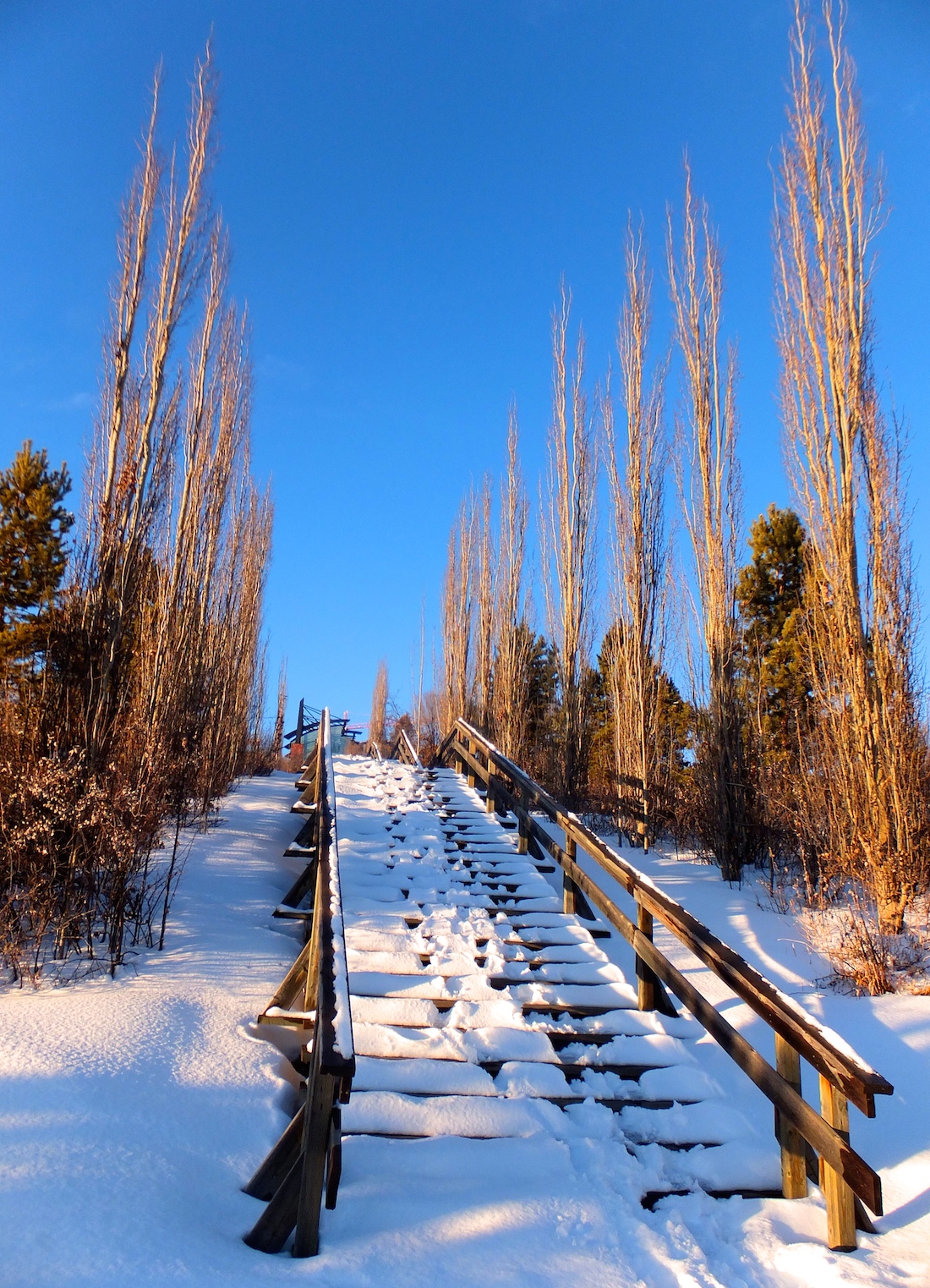