My god the humidity. It’s been brutal. Warm, yes, but the humidity is what’s killing us right now. So unusual for Edmonton. I fed and watered Joanne’s cats this morning, and then wandered around Rossdale and Louise McKinney Park. Gross. I mean, the scenery was lovely, and I stumbled upon the dragon boat races, so that was great, but I was soaked by the end of the hour walk (including the walk up to downtown to catch the train.) Supposed to be cooler next week. Yay. 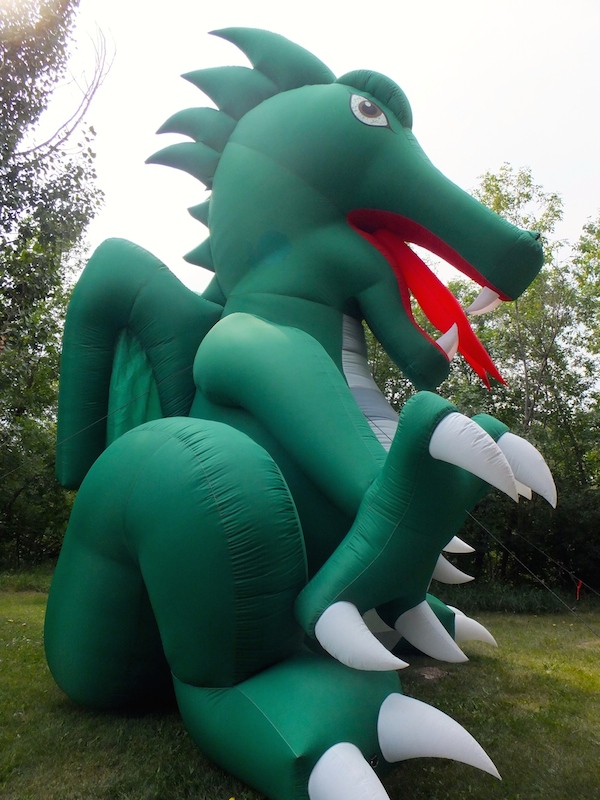 Don’t mess with this dragon…. 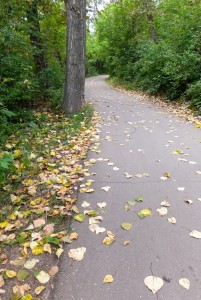 As I rounded the corner near the River Queen, I heard the joyful gruntings of a dragon boat drummer. The river valley, in fact, was packed with dragon boat racers, watchers, and others, like me, just out and about on a summer day. Also, one policeman with a rifle – leaning over the railing at the Shaw Centre, just above a dragon mascot at the entrance to Louise McKinney Park. The City of Edmonton is really taking protection of its inflatables seriously these days.

It’s overcast and mosquitoey today. I was gooped up, so the mozzies didn’t bother with me…much…but the clouds, and the grey/orange, smoky light interfered with the picture-taking. It looks dreary, in other words, but it was, other than the humidity, a nice day, in spite of yet another scene of early autumn.