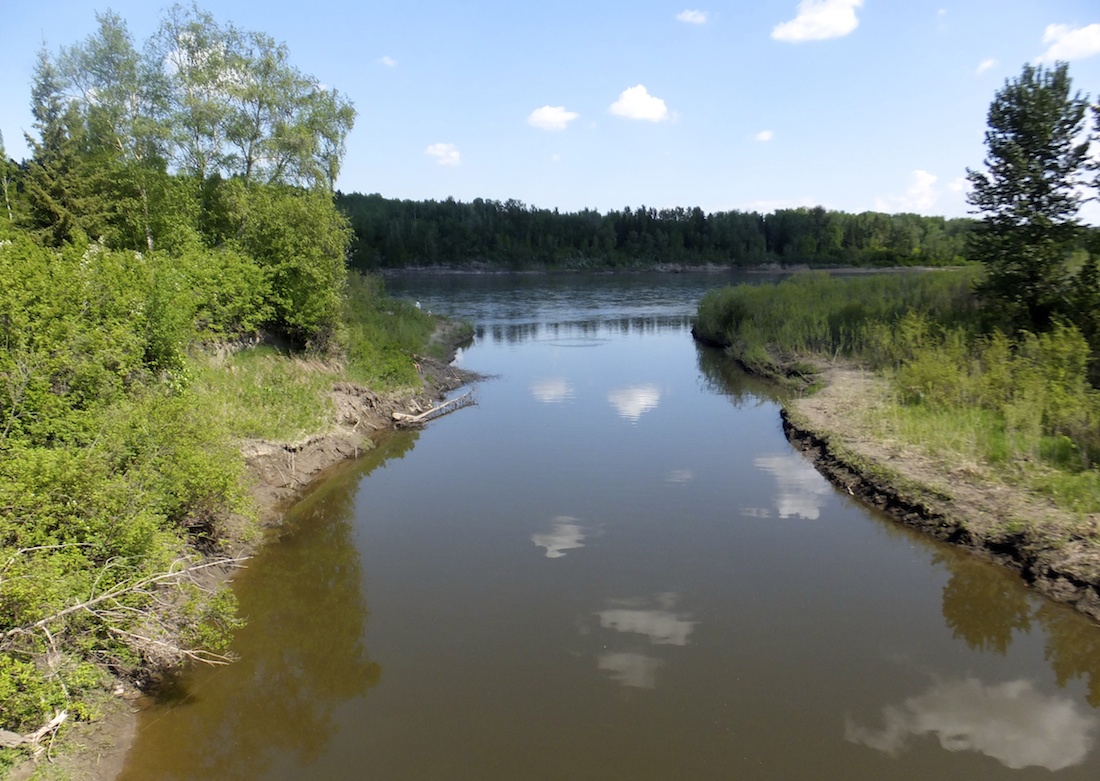 A long, hot walk yesterday through Whitemud Creek Ravine – starting at Snow Valley and ending at the northern edge where the creek meets the North Saskatchewan River. Dogless still…until Maggie is sufficiently recovered from her surgery. She wouldn’t have been able to walk this distance anyway, but definitely parts of it, and definitely in the creek. 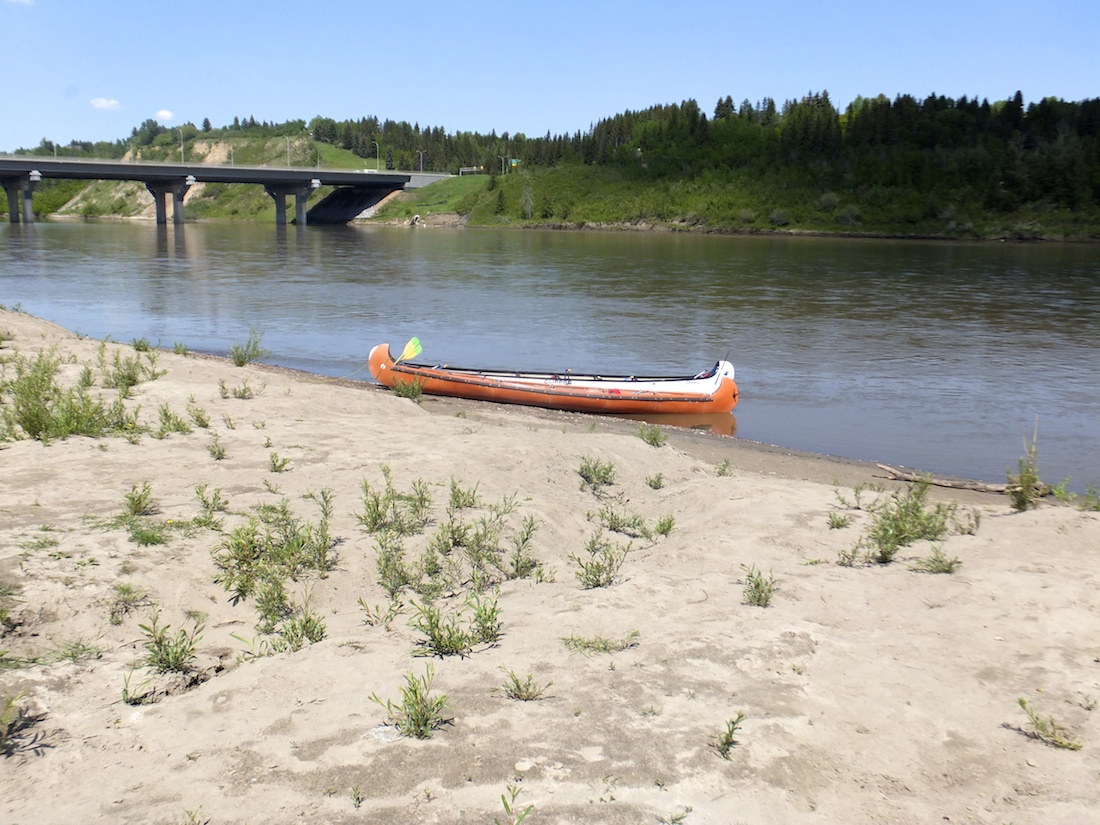 At the river, there were people on horses (this area is near the equestrian centre), and several folks sitting on the banks, enjoying the view. One couple were fishing. Earlier, we saw a big, dead carp in the water. If the photo had been in focus, I would have included it here. Not sure what the couple were fishing for, but hopefully not dinner. There was also a canoe on the water. Lots of activity, in other words, even in the morning. 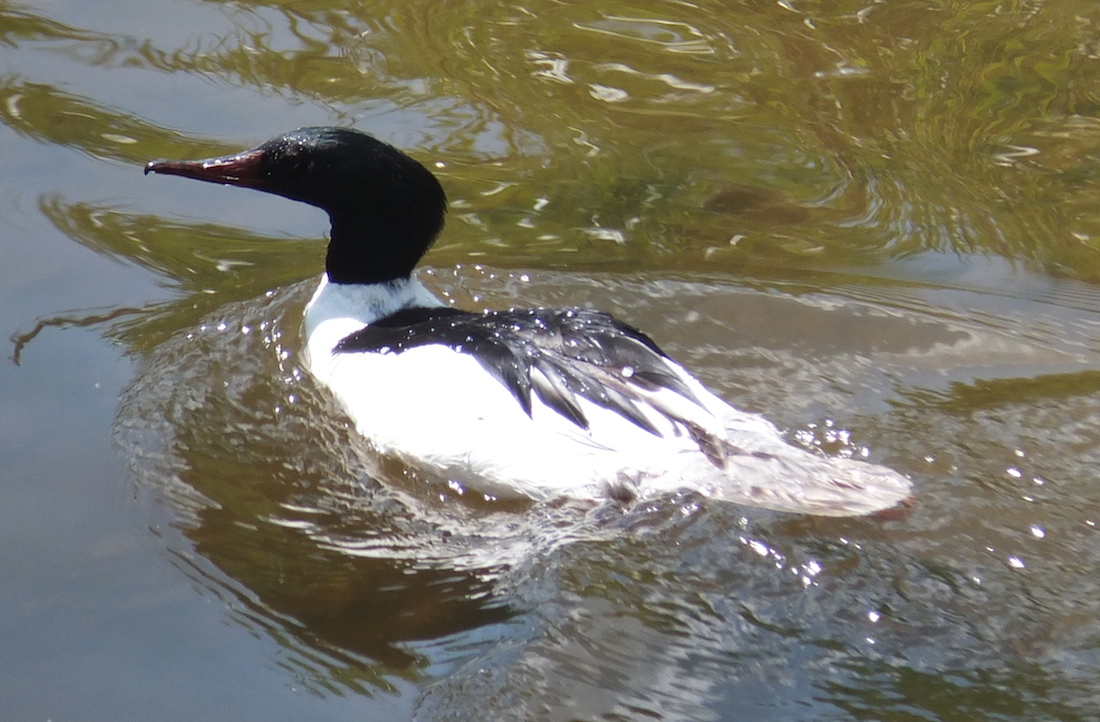 Spotted a goldfinch at a distance, and a Common Merganser duck, so striking in his black and white feathers. What an odd name. Sounds like an auto part, or a type of plane. The entire Merganser family, including the brown-headed wife, were doing a lot of diving, so many shots of duck behinds, and only a few (blurry) full body photographs. It was not a good photography day, but it was enough to be out in the warm sunshine and lush foliage, listening to the birds, and missing the dog.