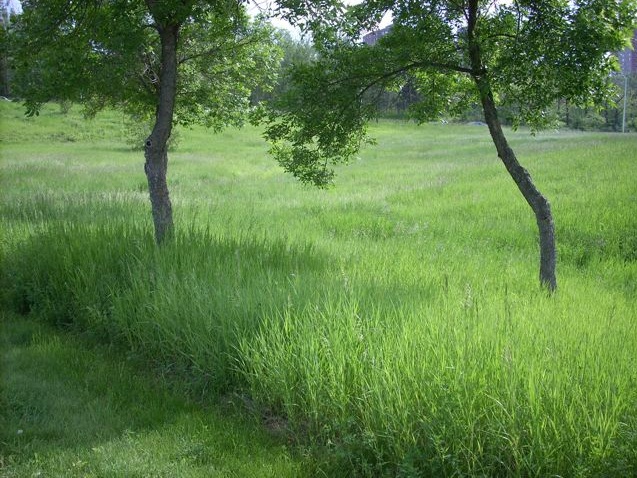 A Klimt shade of green

The ice has finally melted along the trail at Emily Murphy Park. Well, it probably melted some time ago, but I haven’t been to the park since April 3rd, so there’s really no way to know. It’s certainly damp along the path, but that’s not unusual. As mentioned, it’s a mini-ecosystem, closer to a tropical rainforest than the temperate zone above. I love that trail, even though it only takes ten or fifteen minutes to walk the length of it. On the one side, the river flows by just a foot or two away, and on the other, giant trees lean in from the side of the hill. At the east end (just before Kinsmen), it turns into a gravel road. In the heat of mid-summer, this part of the trail is home to those really large blue dragonflies. They dart above my head like tiny bi-planes, trolling for mosquitoes. Didn’t see any today. No mosquitoes either.

Continued along the LRT bridge and then over to River Road. Glad I wasn’t driving. As I sped westward, the traffic headed east was almost at a standstill. Have to say, I feel a little smug about my commute. I live close enough to work to make walking a possibility, and far enough away to make it a real walk, especially if I take one of the longer routes in the river valley. Today, it took about 90 minutes: across a park, rainforest, several bridges, a couple of hills, multiple trails, a grassy knoll, and one exhaustively long, wooden staircase. I would say, that qualifies as a real walk. (A opposed to all the unreal walks I’ve taken.)