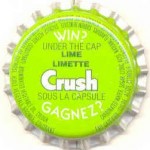 …with sweat and sunburn.  Or maybe just suntoasted…it sounds less carcinogenic. It’s an extremely nice day out there, but I should have left a bit sooner, or a bit later. Walking at 1:00 PM on a sunny Saturday afternoon is just asking for it. Still, lots of shady spots on the paths taken, which include the upper paved trail to south Mill Creek. Goes right through the parking lot to the pool, but at least I don’t have to walk above ground anymore. As everyone knows, all the action is subterranean.

This particular path is a loop, with bonus extensions should you be so inclined. I was not inclined today, so it only took about 45 minutes starting at 89th Ave (or the equivalent in trees and trails), up to 76th (or the equivalent in trees and trails) and back. And then I just walked for another 45 minutes through Mill Creek north. As one would expect on such a summery day, lots of people, bikes, dogs and squirrels out enjoying the sunshine. The creek is down a quart or two…and the speed has been dialed down to sluggish, more typical of this time of year. It was unusual to get that much rain in spring. I think. Hard to say what’s normal anymore.

Yesterday, I noticed the river was also lower, but still well above what it was before the monsoons hit a month ago. ‘Seagull Island’ is still submerged, but not by much. From a distance, it appears as if some of the seagulls are standing on water. So…either Jesus has returned as a seagull, which seams unlikely for a number of reasons, or the ‘island’ is just a a few inches below the surface. While I was still on the bridge, a guy with a guitar strolled by. He was playing some soft tune, and seemed in perfect harmony with the lazy, bucolic setting of McKinney Park. 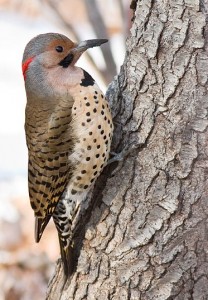 the juicy ones are best

On the way home I watched a Northern Flicker spiraling up and down a tree. When I got closer, I saw the ants. The tree was infested, and the flicker was enjoying a protein shot. Many, many protein shots. It was very cool. I made a wide berth around the tree so that I wouldn’t disturb her lunch. Watching the bird feast, I decided to head over to Wild Earth Foods to get a Lime Crush, and then to the bakery for a cookie. Lime Crush is made for hot days. Cookies are all-season.