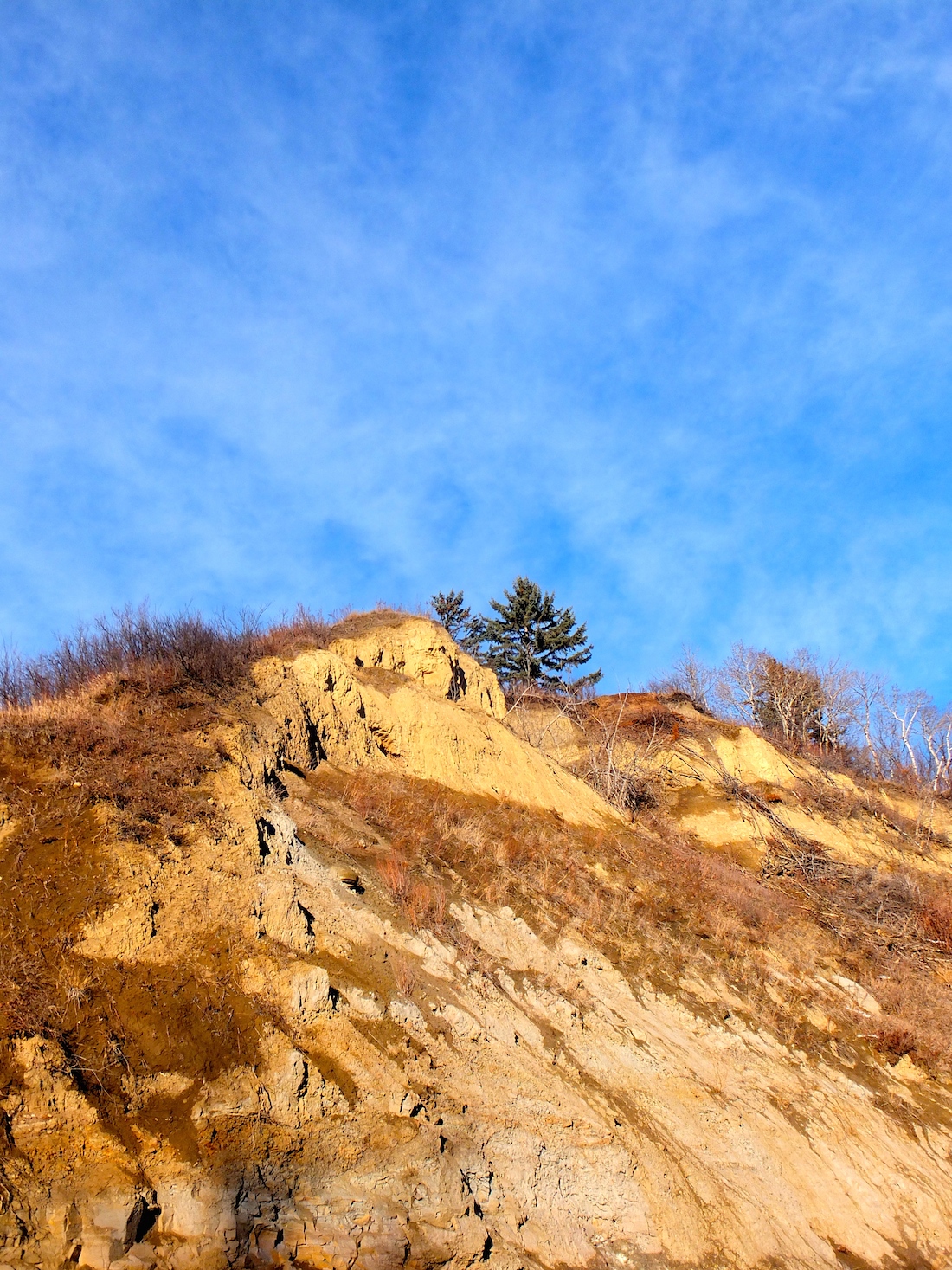 Right on time, or at least around the same time as last year. Yesterday, I drove home in the pouring rain. It made the snow, especially on the driveway and sidewalks, incredibly slippery, in spite of the warm temperature. When I woke up this morning, it was already 7C. When I went for a walk around 2:00PM, it was 9C. Incredible. I was trying out yet another pair of crampons, which got me down the powerline hill in Whitemud Ravine, but did not stay on my boots along the trails. Fuck. I should have just got the Running Room rubber spike thingies. They worked brilliantly for five or six years, until the the back broke on both last spring. 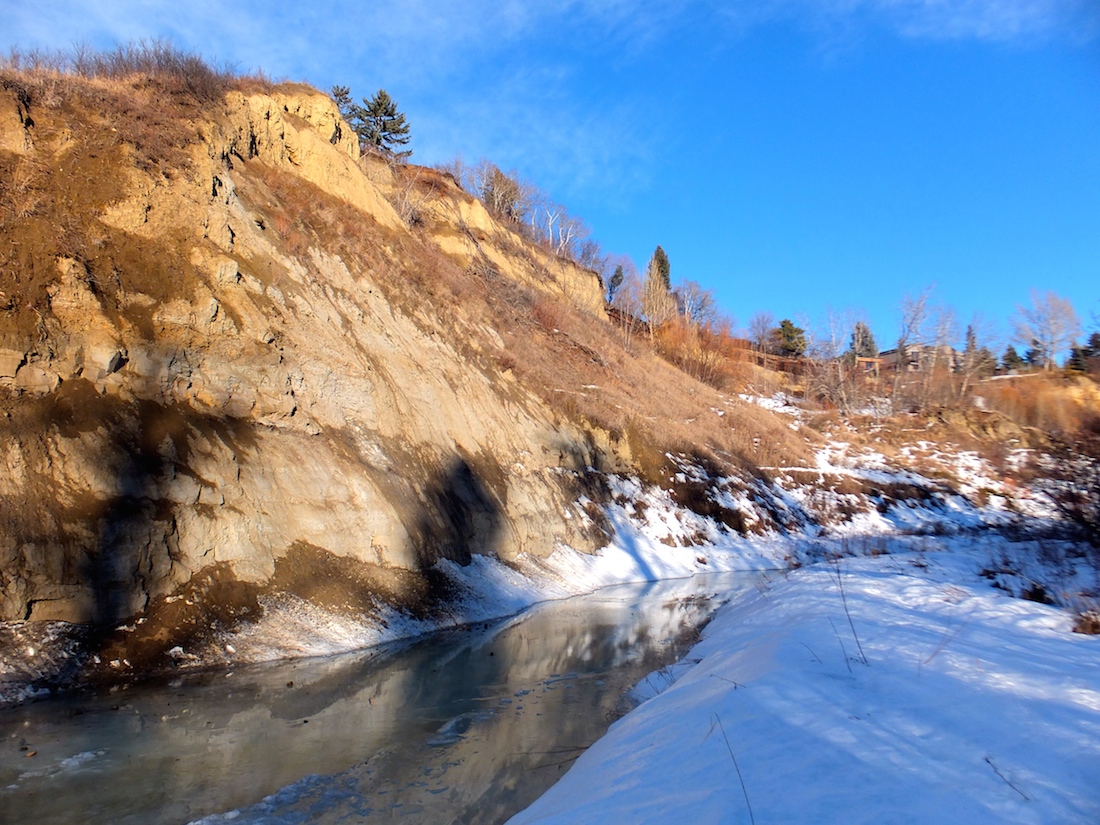 It was just beautiful in the woods. The creek is still mostly snow and ice-covered, but around the curve near the hill, it had a glistening layer of slush on the surface. So pretty, especially against the umber soil of the cliff, and the take your breath away blue of the sky. 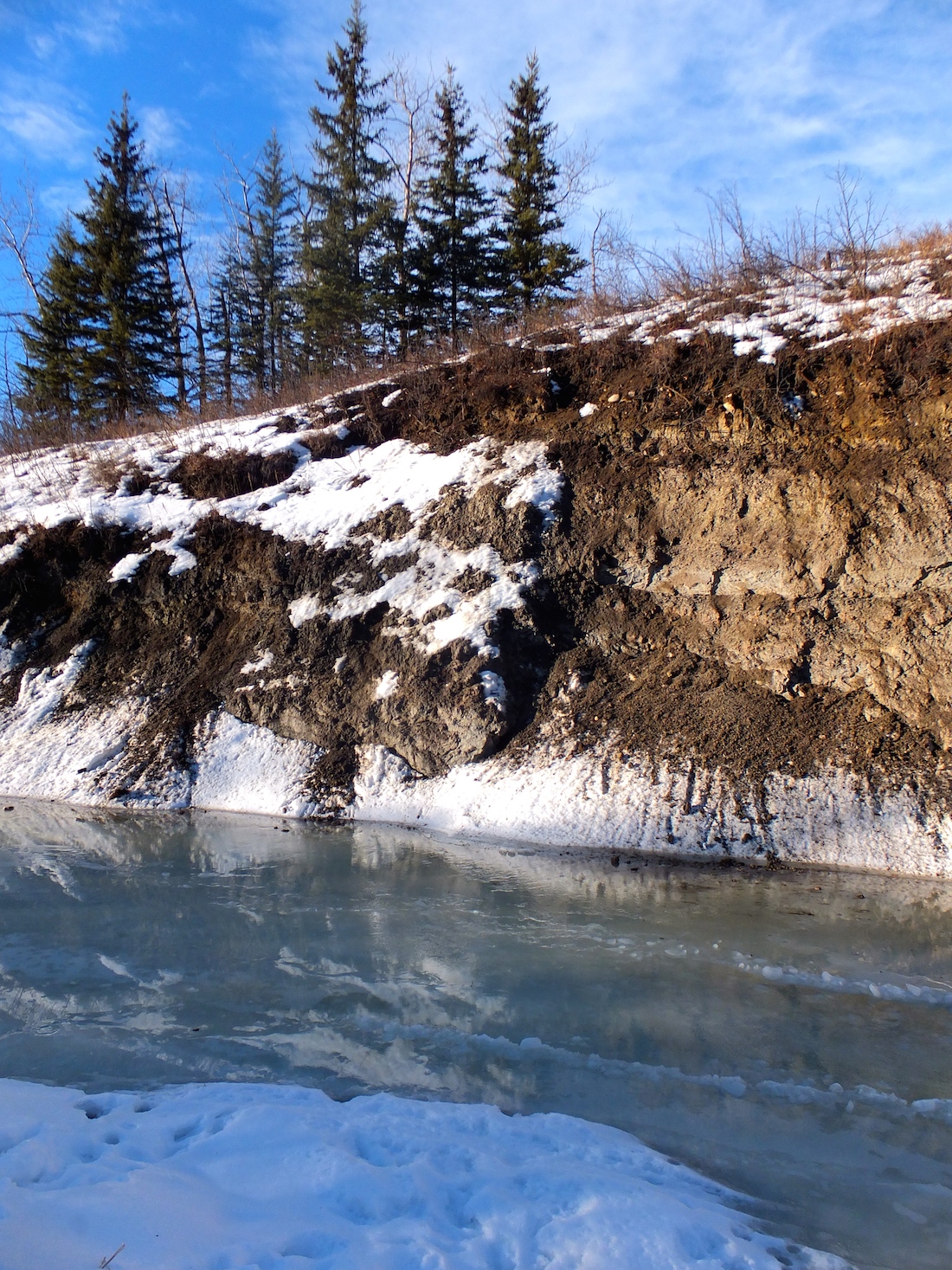