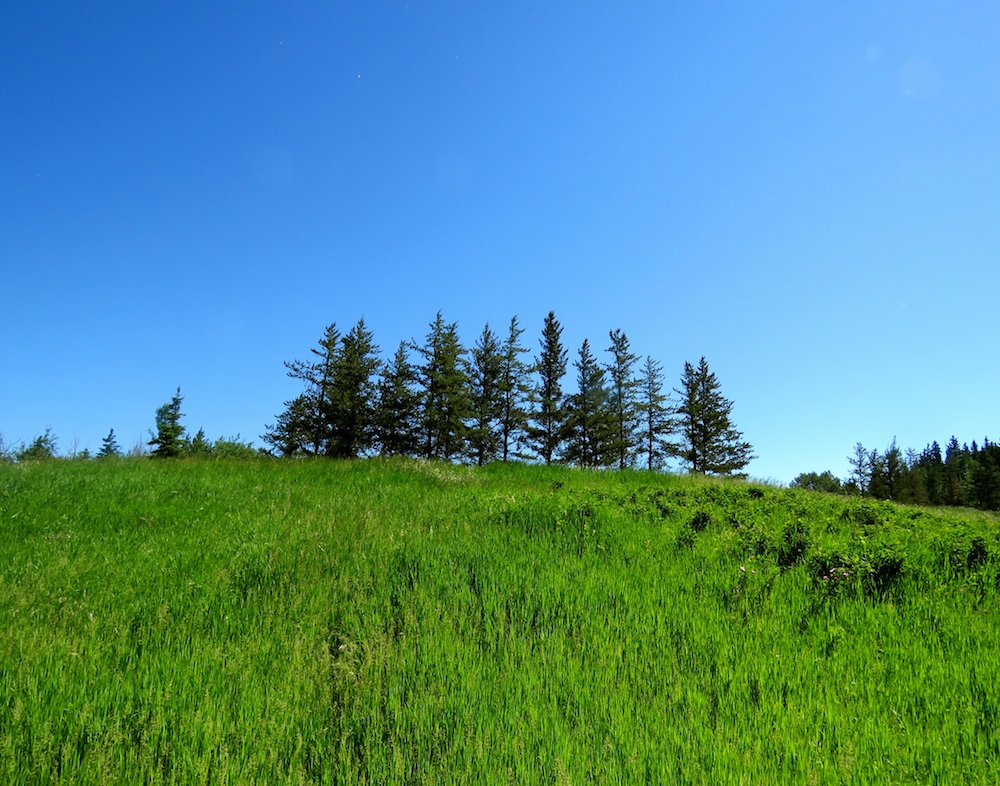 Went for a cool(ish), windy and relatively uneventful walk in Whitemud Creek Ravine this morning. After a wet evening, the ravine was damp and fragrant. Brought some nuts and seeds with me, but couldn’t get any chickadee action. The bird song in the canopy was beautiful but not a lot of sightings, and only one insistent squirrel who demanded a second helping of peanuts. The areas where I left nuts on the first part of the walk was left untouched as I made my way back an hour later. Not sure where everybody was. 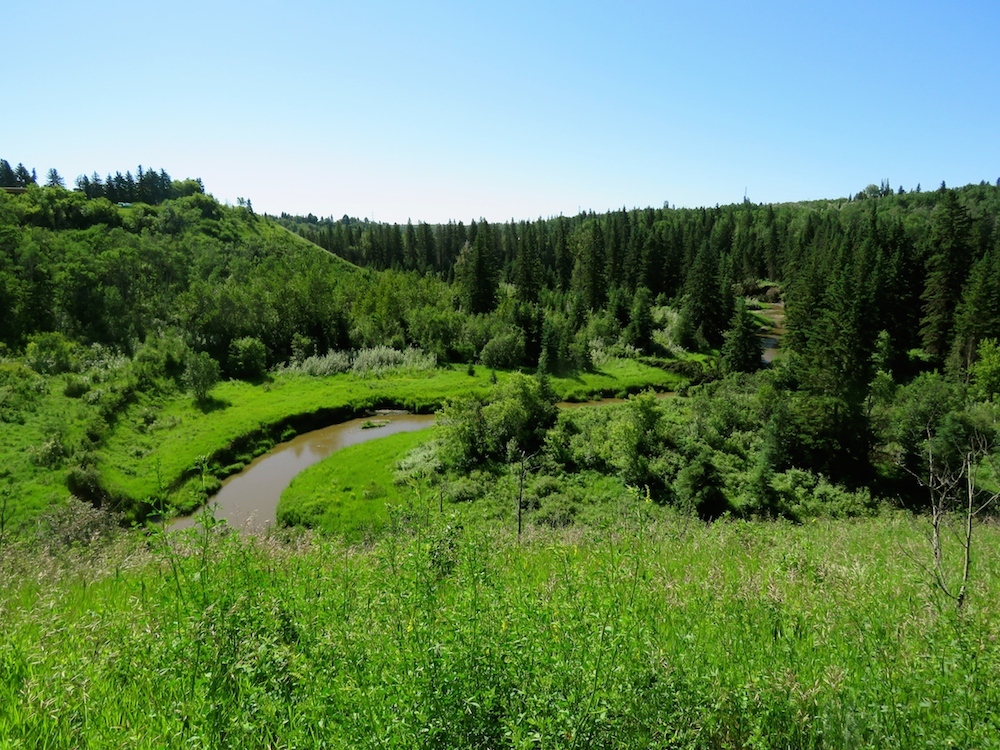 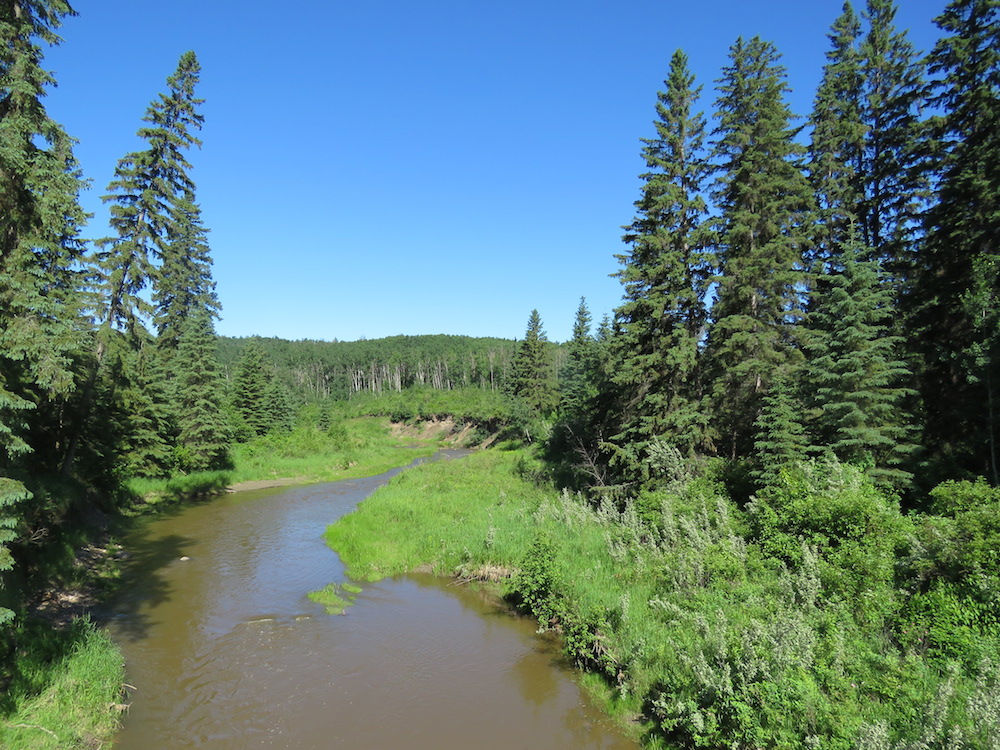 There were other walkers, and quite a few dogs, including one stray. I think he was a stray. He just showed up out of the bush. A shepherd-cross, I think, with no tail. He seemed tired, but he wouldn’t come near. I followed him for awhile and called and whistled, but he took off running. I hope he knows the way home, or that someone is better at calling him over than I was. I can’t stop thinking about him. Stay safe, doggie. 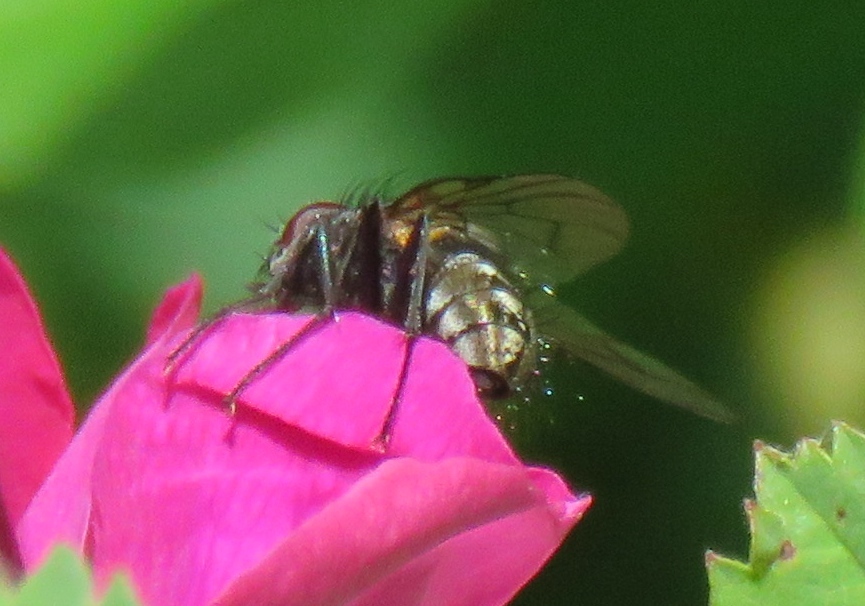 By the time I emerged out out of the ravine, it was warmer but still windy with a glorious blue sky overhead.