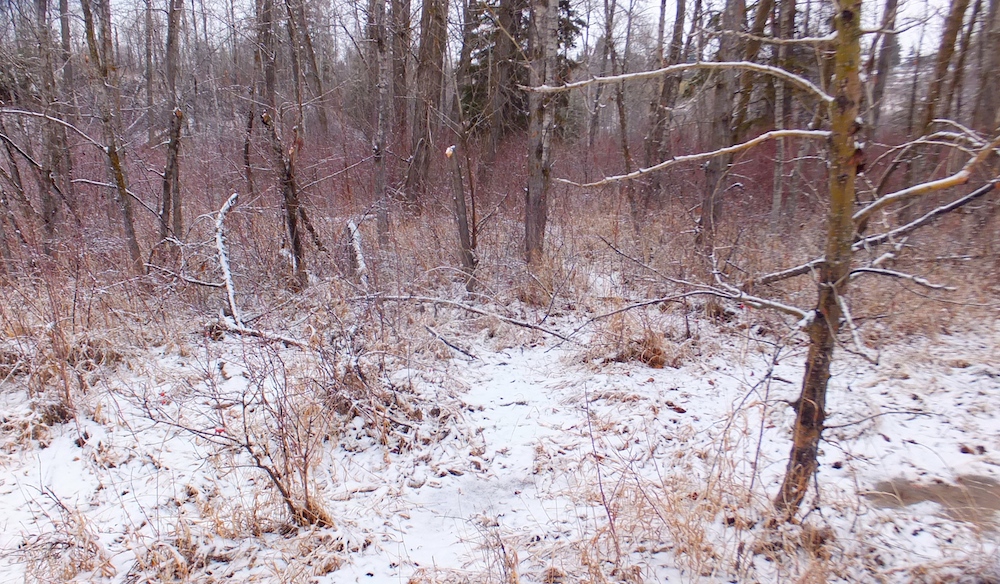 It feels like a long time since I’ve walked alone, or purposely went out on a day that, from indoors, looks gloomy. As I suspected, it wasn’t nearly as gloomy once I was moving and breathing in the fresh air. Blue sky and sun would have ramped up the action, in particular the melting, but I guess it wasn’t meant to be that kind of day. 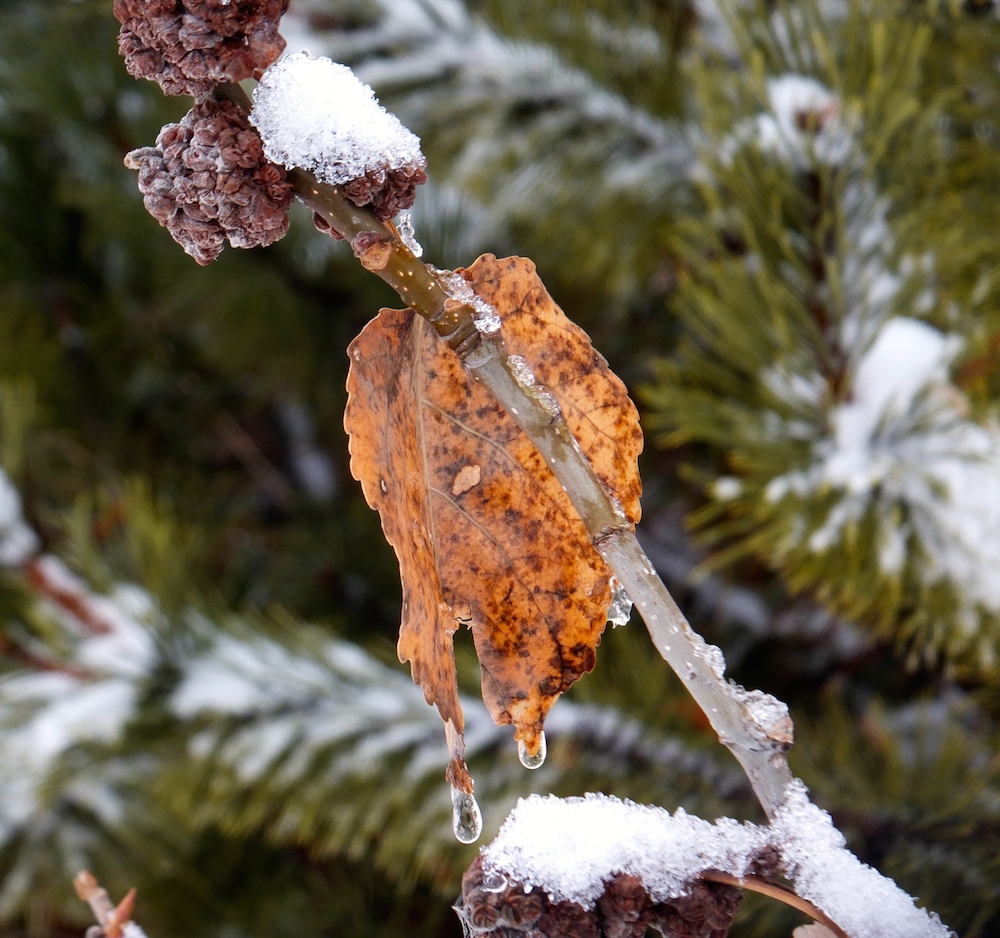 The decision to walk was made after I spent a few minutes reading old March posts on this blog. Seems it didn’t take much to lace up my running shoes back when walking played a much more central role in my life. A role it needs to play again. 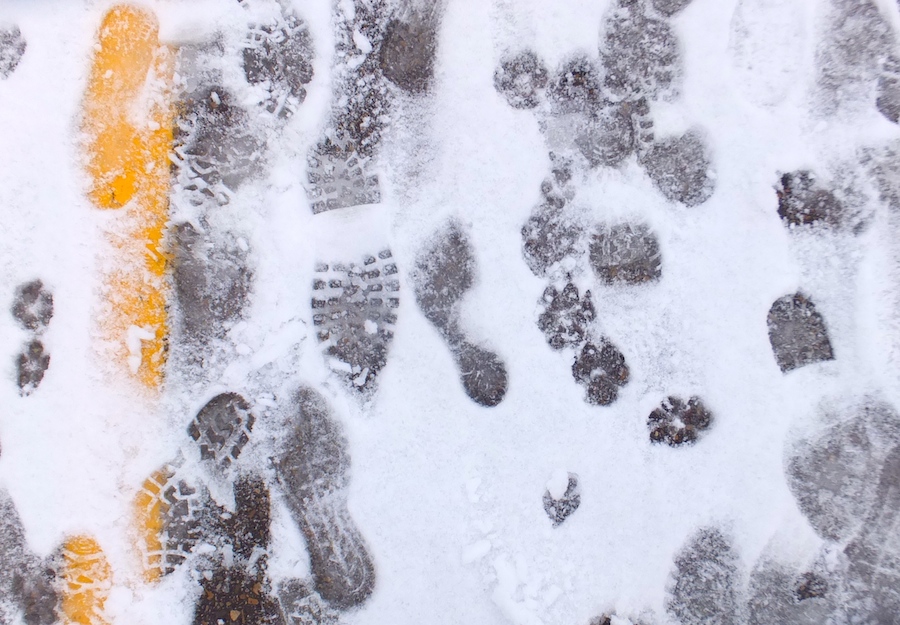 Strange footprints leading into the ravine. Must be those weird foot-shaped running shoes or maybe someone really did walk barefoot into the ravine. The creek itself was an alarming shade of yellow. Who knows why? Mill Creek often turns an ungodly green this time of year.

I walked as far as the pond at the far west point and then turned around. As I walked, a murmuration of bohemian waxwings formed overhead. It was stark and beautiful against the empty sky. I could feel the bass thrum of their wing flaps in my chest. 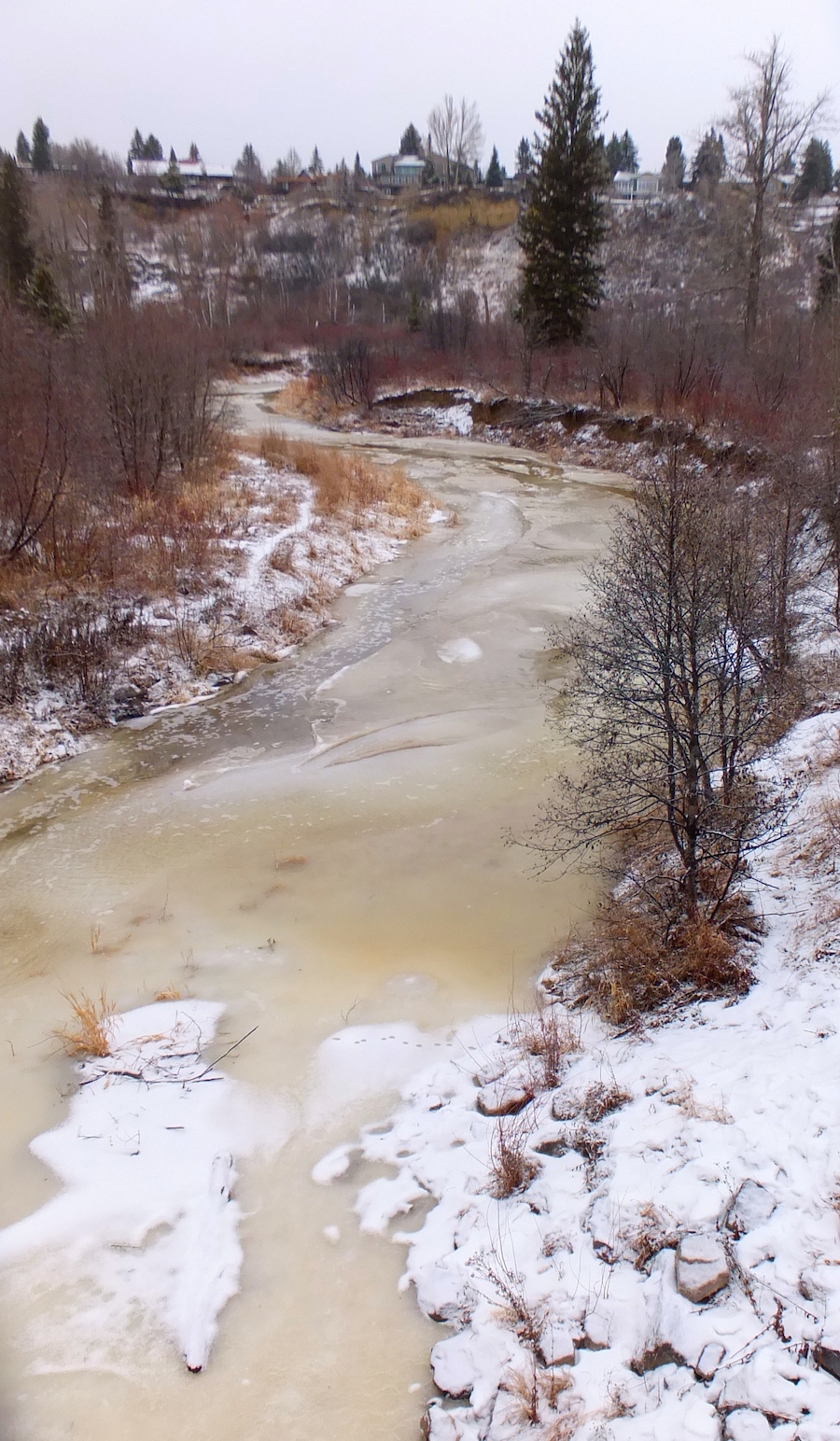