Long time since I posted. I’ve spent a large chunk of the last two weeks being sick. Strep throat, or some variation thereof. It really knocked me out, in the sense that I couldn’t eat, my mouth was incredibly sore, and I had no energy. It arrived on the heels of a very mild cold, so really, I’ve been out of commission for most of August. 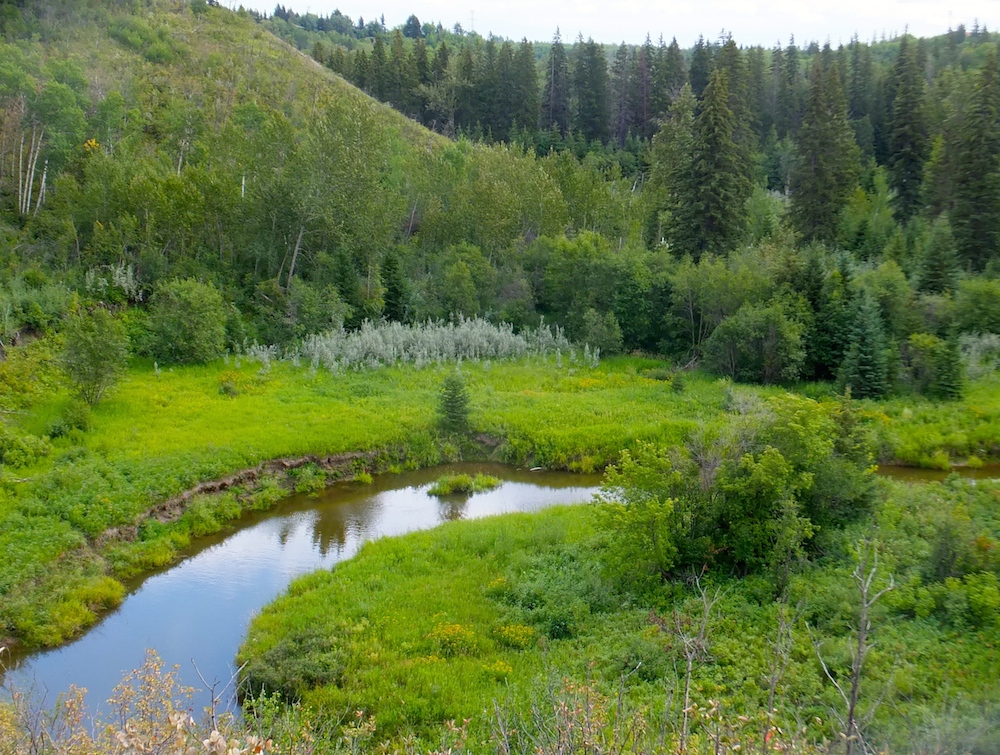 Whitemud Ravine on a cloudy day

It was also heat-wavey hot, until yesterday, which was very cool, and a bit rainy. Today, it was also cool and overcast, but I went for a walk anyway. No sense waiting for the sun, which popped out of the gloom by the time I emerged from Whitemud Ravine around 3:30PM. It might have been the coolish weather, but it did feel a little autumnal in the woods. Not too many spots of yellow, but the late summer berries are out full-force, especially the mountain ash.

My walk was short – about 70 minutes. Or at least, short for me. Walked down Westbrook and then back to the powerline. Lots of people on the trail, who seemed rather overdressed for the weather. I wore a tank top (it was 14C), but most were in jackets. I’d rather be a little chilly than too hot. Saw a lot of COYOTE poop on the trails – at regular intervals. I wouldn’t mention it (because I’m a lady), but the same thing happened last year around the same part of August. The coyotes must have a set time to mark their territory.

And in crazy-ass news – I watched a pileated woodpecker fight outside the window where I work on Friday. It was spectacularly vicious. I thought the one guy was dead, but he hung out under the window for an hour, moved over to a pillar and clung there for the rest of the day, and then flew off around 4:00. It was the weirdest damn thing… 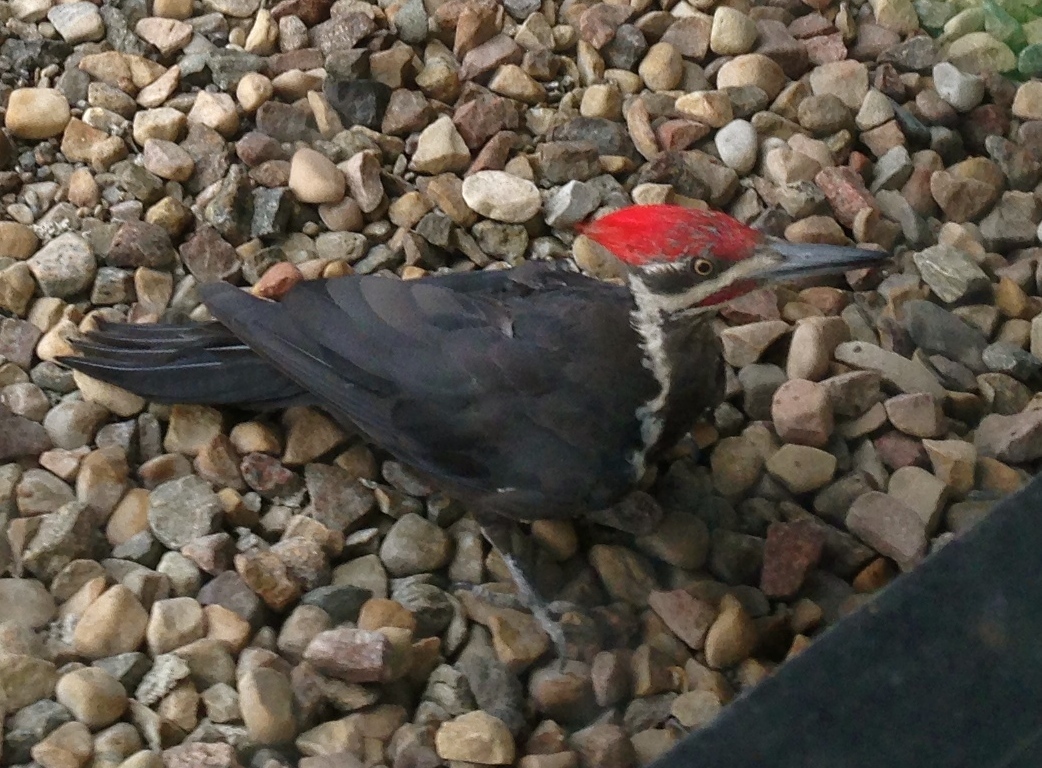 The pileated woodpecker who lost the fight – back from the dead