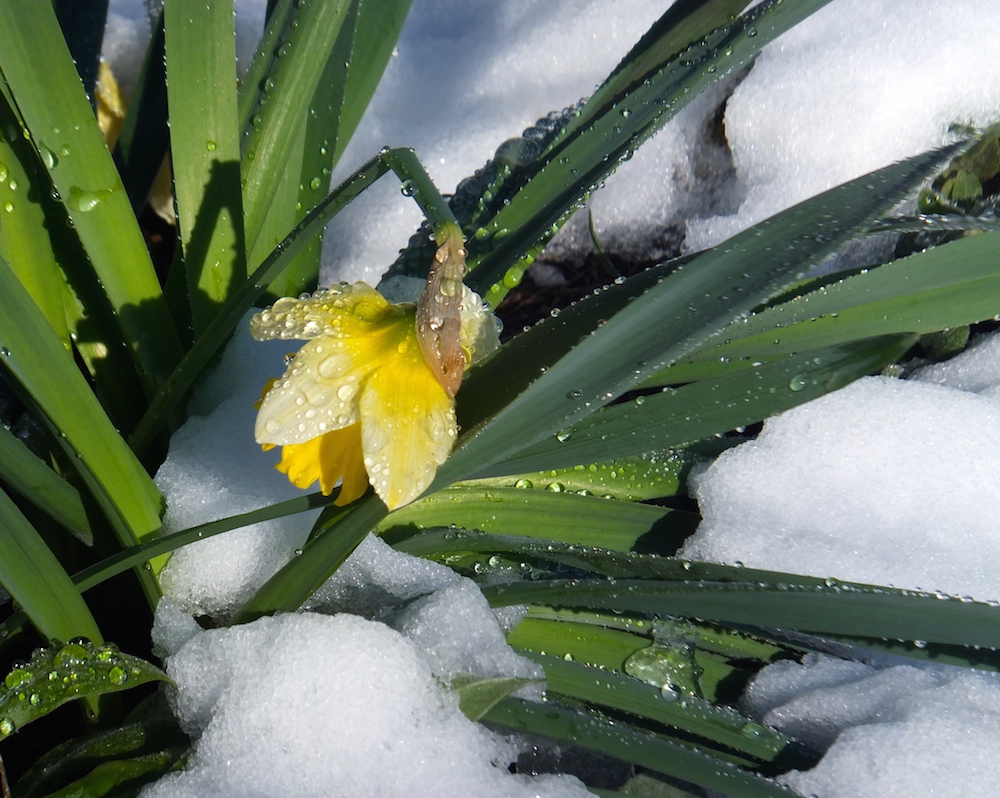 Sad daffodil. Thursday, the morning after the storm.

It came! Our annual May snowfall. More than 10cm of heavy, wet snow Tuesday evening and all day Wednesday. The words that come to mind: beautiful, tragic, funny, BETRAYAL, resignation, depression, ennui, wonder, DEATH, life – an entire Shakespearean library in one day. It will be gone by this afternoon, so really, whatevs. 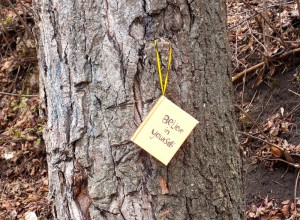 Whatever you say, tree

Instead I will talk about the day the storm began, Tuesday May 5th, Cinco de Shitto, which was overcast and cool. I walked from the University to downtown, via the Walterdale Bridge followed by an upwards trek along 105th Street. I haven’t walked over the Walterdale since I moved out of my ‘hood to southwest Edmonton in 2011. Only the west side of the bridge is open. As I descended from the University, it was funny how familiar the route seemed. I mean, it should be familiar. I’ve walked it hundreds of times, but it was like I had just walked it. My brain is so imprinted with the sounds and sights of trail routes, no wonder my short term memory sucks. 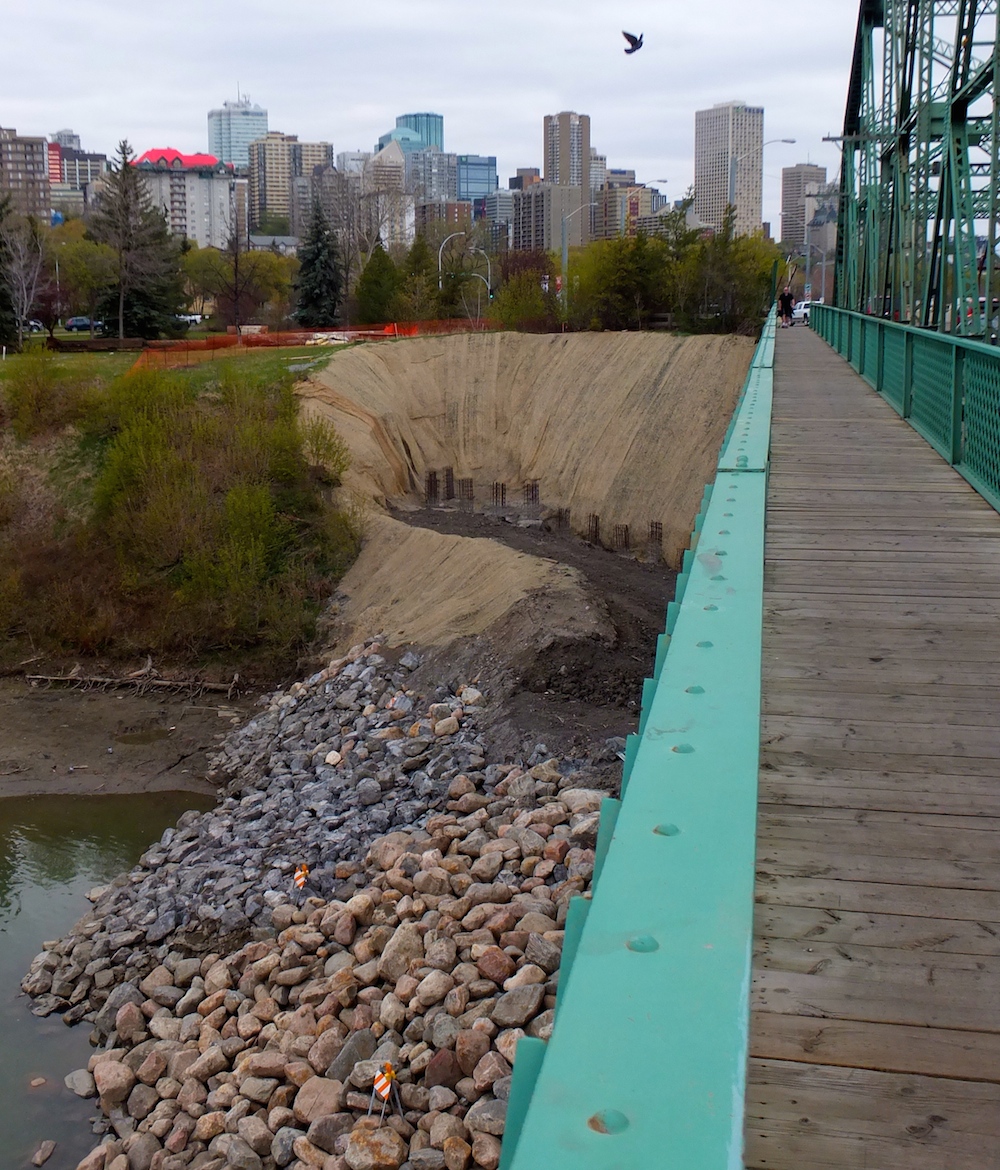 Big Ol’ Hole West side of the Walterdale

The area around the bridge has been transformed by cranes and construction vehicles and accessories. And giant holes. Kinda cool. I miss the trail that leads to Skunk Hollow on the south side and the one that leads to Rossdale along the river on the north, but I am looking forward to the new bridge. Hopefully I am back in my old neighbourhood by the time it’s finished. 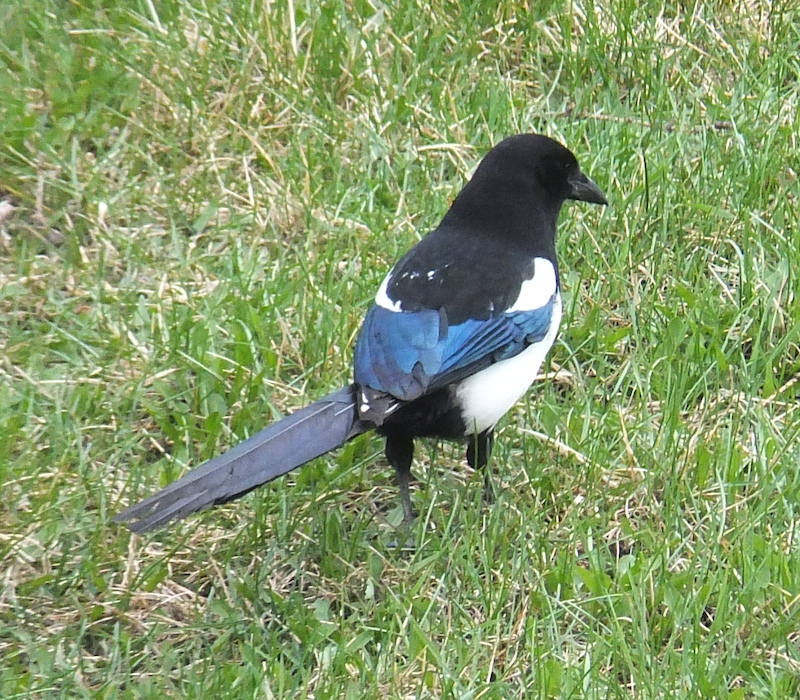