Wood frog – taking a break from the bacchanal

Somanyfantastic sights and sounds in Whitemud Ravine this afternoon! First of all, on the way to the ravine I captured (photographically) the woodpecker who has been serenading the neighbourhood for a couple of weeks. We thought it was a pileated because of the noise it was making, but it’s a northern flicker. Beautiful bird. Stood right under it as it screeched at me. 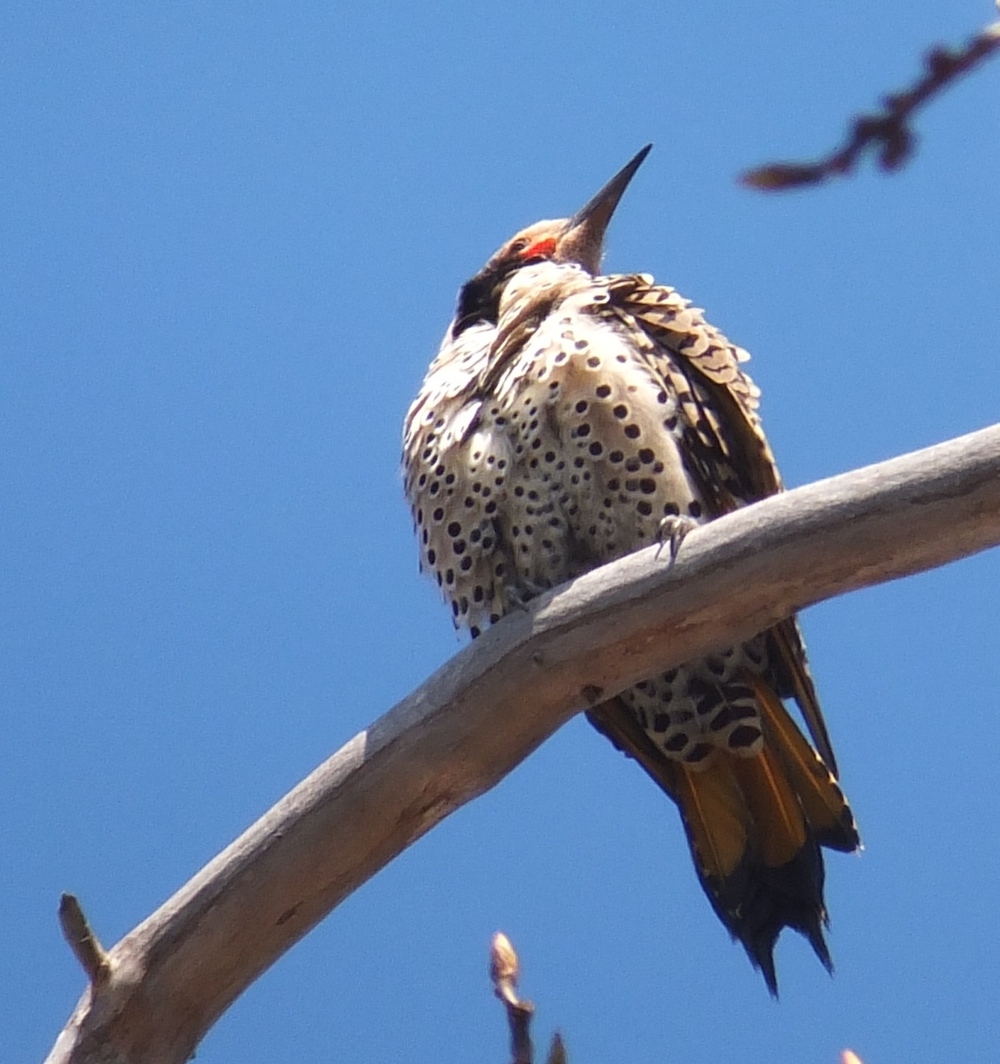 Northern flicker (I think) in the park, on the way to Whitemud Ravine

And then, under the blue sky and slowly greening foliage, the frogs were out, singing their lovesick frog songs! Didn’t realize the finger of creek water between the second bridge and the boardwalk was a frog bog. My experience of Mill Creek is that the song making time is short-lived, and so I always feel lucky when I happen to be in the right place at the right time to hear their cracking love sounds.

The pileated who was close, but never fully exposed

There were unfamiliar ducks on the water, and a pileated woodpecker (for sure) a foot away from me. A couple of women strolled by as I was huddling under a tree and asked what I was photographing. I said it was a pileated woodpecker. They thought it was fantastic. I mentioned that it looked a lot like Woody Woodpecker. One of the women, who was clearly my age, said I wasn’t old enough to know who Woody Woodpecker was. I laughed, but she was serious! You know, I was happy enough seeing the woodpecker. Getting this (I think) compliment was just too much. Must be the old shitty capris I was wearing. Anyway, I didn’t get great photos of the ducks or the bird, but the experience of being in the critter-filled ravine this afternoon was incredible. Spent a lot of time on monkey trails and was entirely and completely happy. In the moment. Feels like spring now. 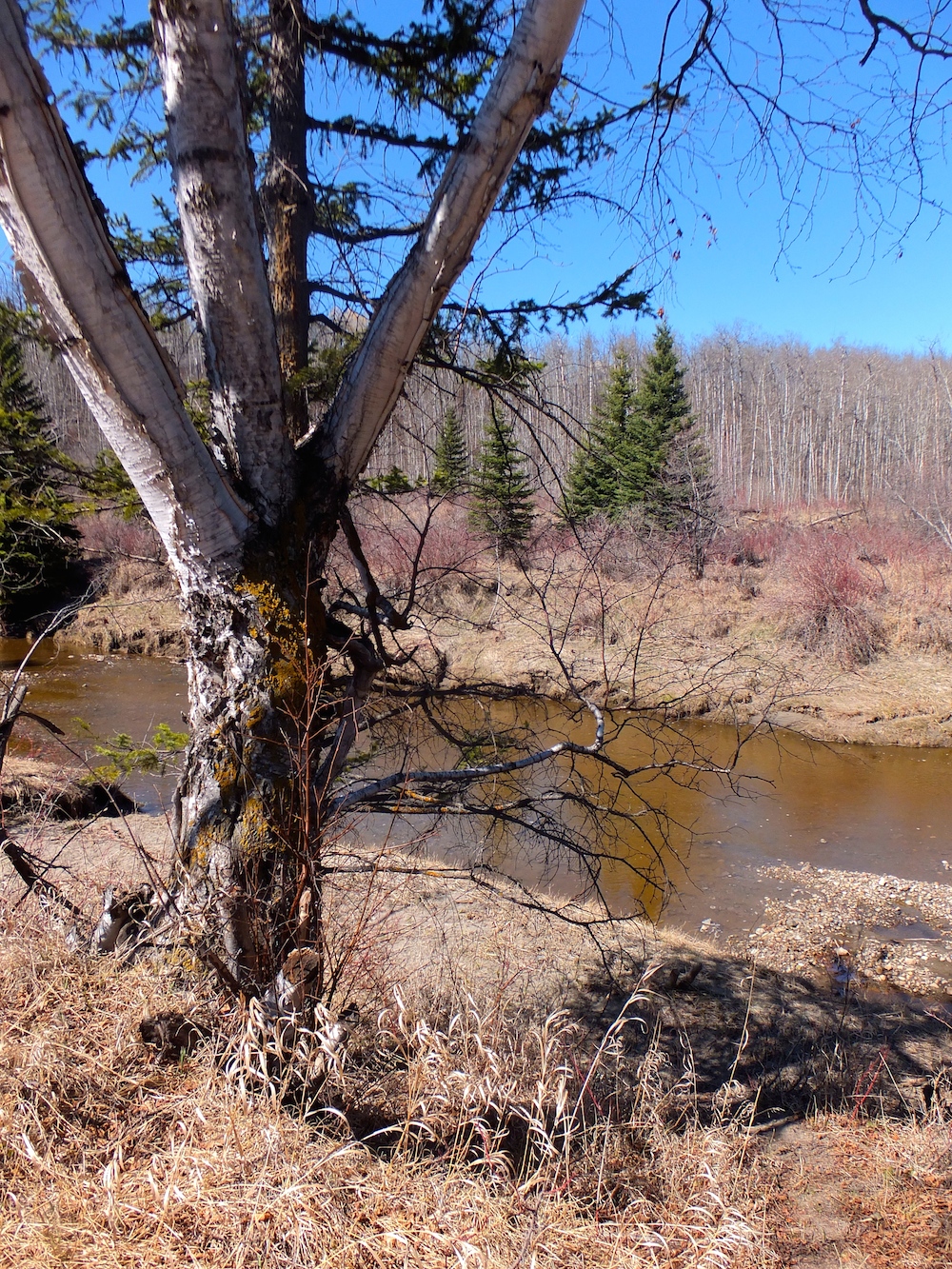 Whitemud Creek from a monkey path