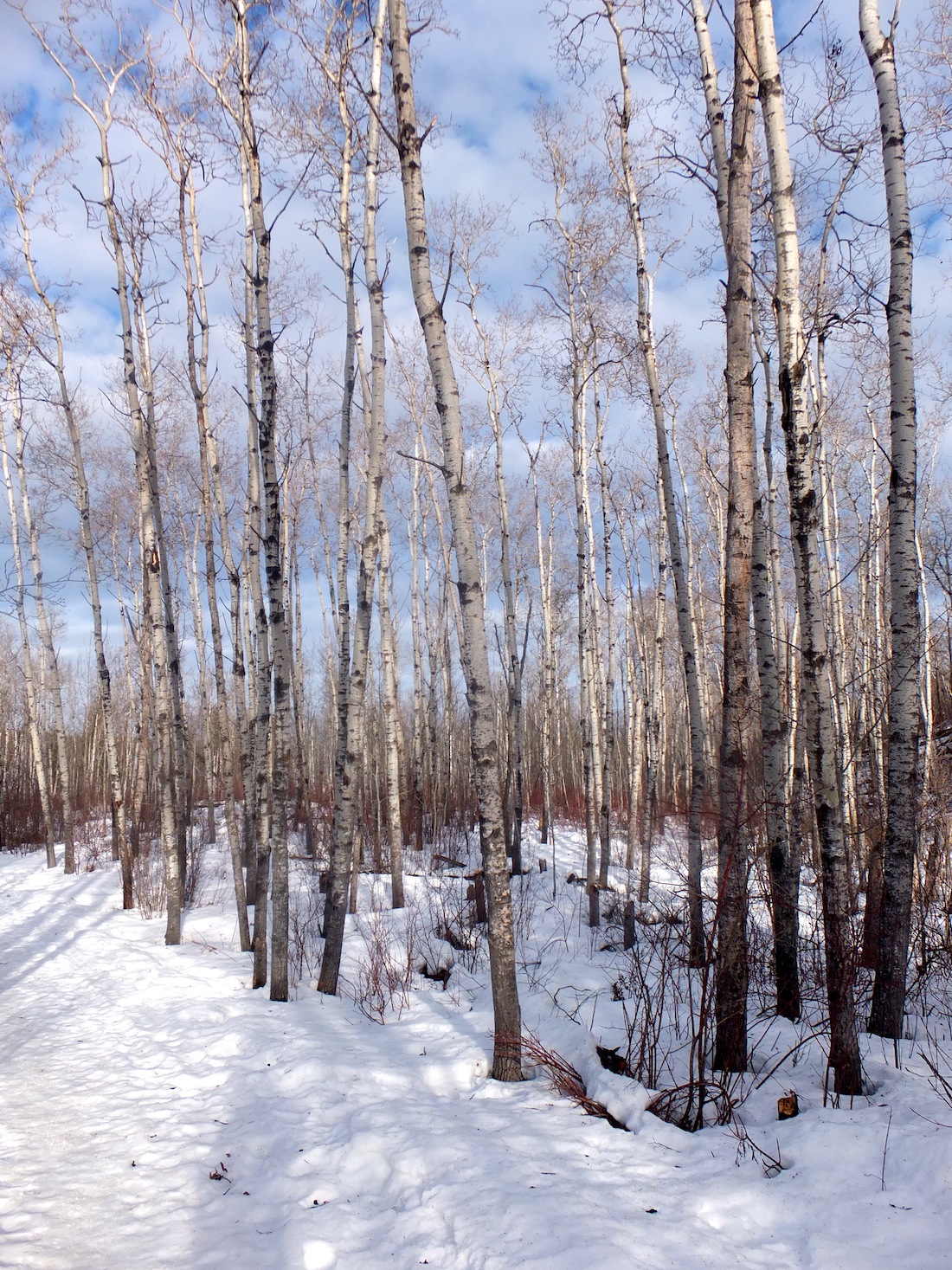 A marvelous day (and week) we’ve had. Unseasonably mild…lots of melting. It’s treacherous and dirty on the streets, but the sun is wonderfully warm on my face, and the sound of trickling water is like some kind of alchemy, soothing my soul. It’s constant, even in the mornings. 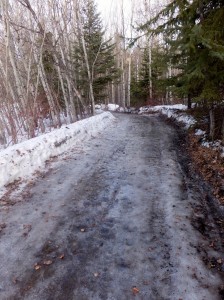 The snow pack is lower now too, but it’s very porous. I fell in the park yesterday, or actually, I sunk while walking the dog, who by the way, didn’t stop. After ungracefully extricating myself from the heavy, wet snow, I had to carefully exit out of the park. Even Maggie was falling through, which is not only hard on her arthritic leg, the soft snow makes crapping difficult. She seemed very disappointed we had to leave. Fresh rabbit shit dots the park all year round, but judging by the ferocity of her appetite, the aged stuff now being uncovered is a real delicacy. I’ll have to take her word for it. Both of us had to settle for a neighbourhood walk, which is boring, but at least it’s outside. In the sun. 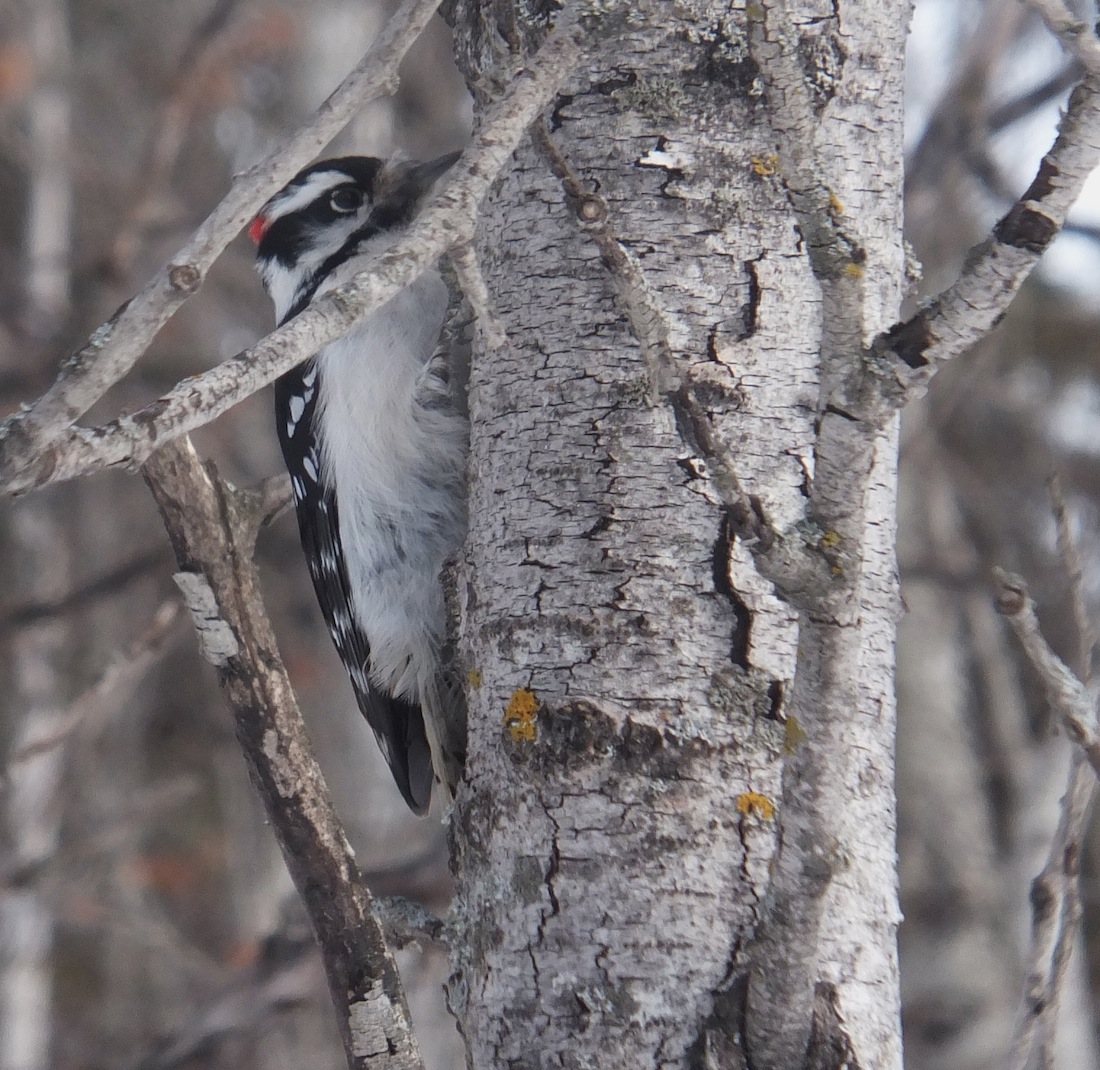 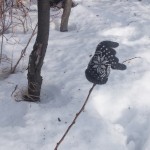 Today I grabbed my crampons and headed for Whitemud Creek, via Westbrook. It’s uncomfortable to wear the tiny spikes on bare pavement, which I was expecting, but as it turns out a lot of the sidewalks in Westbrook are still ice-covered. I opted to walk on the road. At the trail head, I strapped them on, and then proceeded into the woods with smug confidence. Those things are incredible. I never would have made it if I hadn’t been wearing spikes on my boots. Half the trail was ice. Ice on declines. Ice on inclines. Not once did I slip. Knowing that I didn’t have to pay attention to my footing allowed me to drink in the bird-loud scenery. So beautiful. Even spotted the rare Glovewood plant, which often signifies the return of spring. Not today, though. We’re months away from that nonsense.

It’s going to get cold tomorrow, and for the foreseeable future. Nice while it lasted. 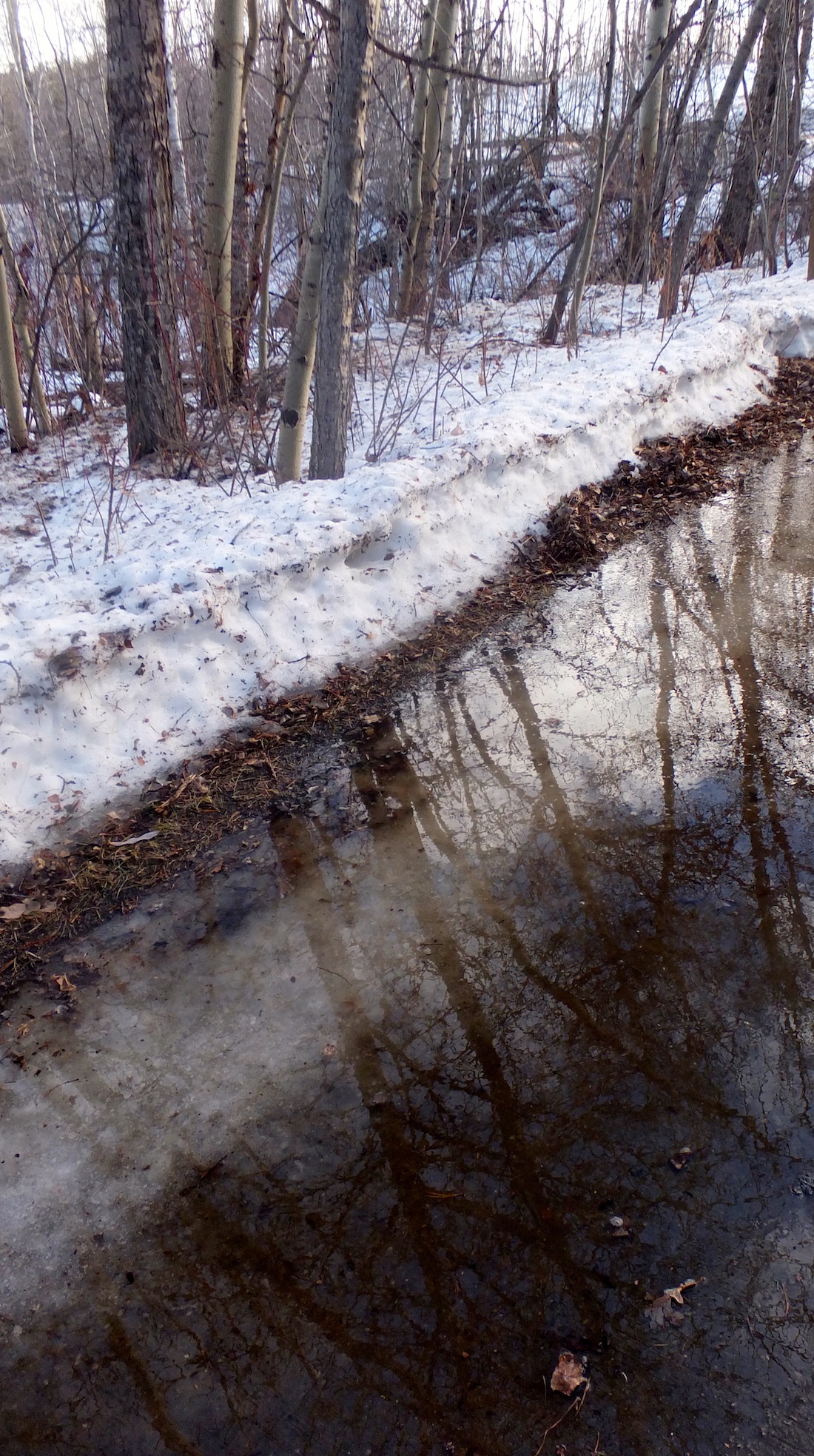