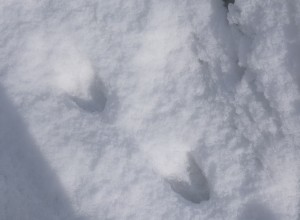 Not the one in Calgary. Yesterday, we took an unfamiliar trail, and it turned out to be one made by deer, evidenced by the astonishing quantity of deer shit and cloven hoof prints on the path. Also, it was narrow and steep and probably better suited to a four-legged creature than a two-legged one with a talent for falling. Maggie had no problem, and she did not eat a single deer dropping. Apparently rabbit shit is the preferred scat.

Today, after 5 centimeters of fresh fat snow, we headed down the same path. Other than a single deer, we were the first to set foot (and paw) on the pillowed trail. It was so beautiful. The sun was shining through the trees, turning flakes of snow to water droplets sparkling and dripping off branches like a tiered fountain. I stopped for a moment to listen and the entire ravine was tinkling with sound. I could also hear the flapping wings of two crows swooping overhead. 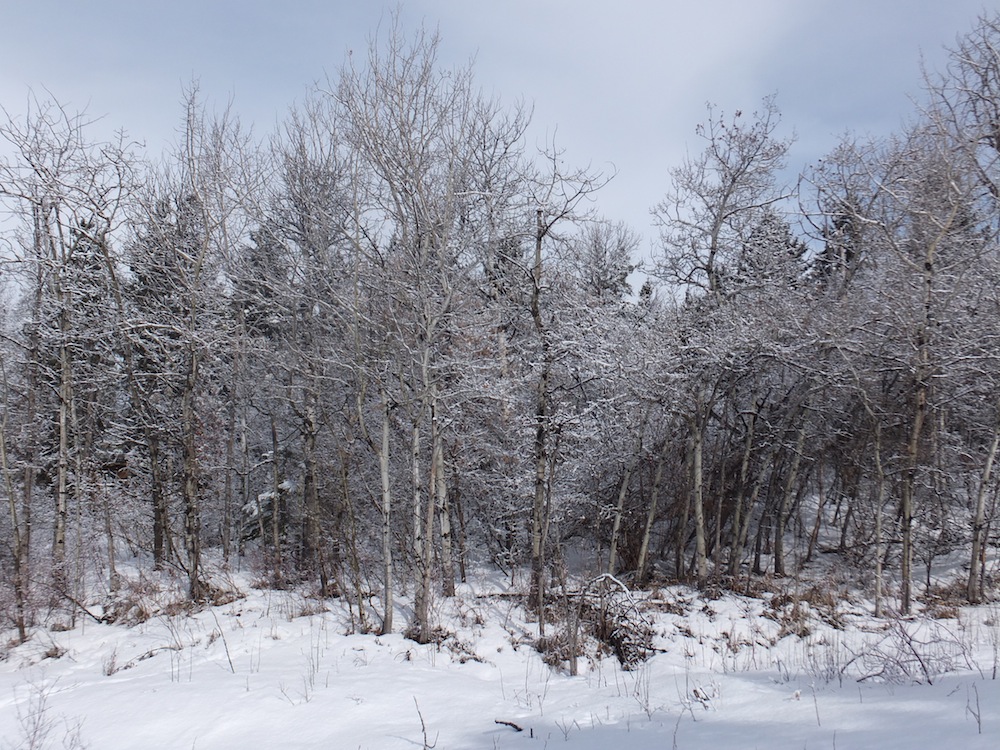 It was disappointing when it snowed last night. Snow in March (April, May…) is always a heart-breaker. And yet, a walk after a fresh snow is one of my favourite things in the whole world. Today especially, the snow-covered branches against 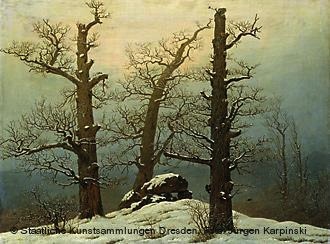 a milky blue sky reminded me of one of Caspar David Friedrich’s paintings-Dolmen in Snow. Forests, in general, remind me of Friedrich, my favourite painter. So having the woods go all 19th century German Romantic on me is a welcome thing, and some compensation for a delayed spring.