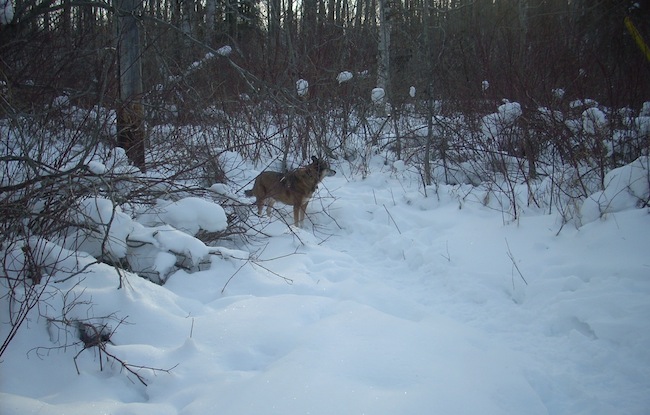 Super nice outside. Didn’t think it would be, as my walk started with an overcast sky, and a cold, ‘acetylene’ sun, as Sting would say. However, about half way through the blue sky materialized out of nowhere. Mitts came off, mood instantly lifted. We were on the trail to the right of the bridge in Whitemud. Maggie noticed the deer first, scampering along the hill across the creek. Three of them. Of course, I was too far away to capture the damn things on film. Maybe if I figured out how to use my new camera, I’d be able to photograph fleeting, faraway images like this. As it was, the hour’s photographic takeaway was several shots of snow, snow on branches, snow on hills, and inadvertently, Maggie having a pee on snow.

I had meant to walk everyday on my holidays. Half of them were too cold, and the other half…I don’t know. Inertia. Winter blahs. Well, two more days. Hopefully Maggie and I will see a few more trails before I have to go back to work (speaking of blahs.)