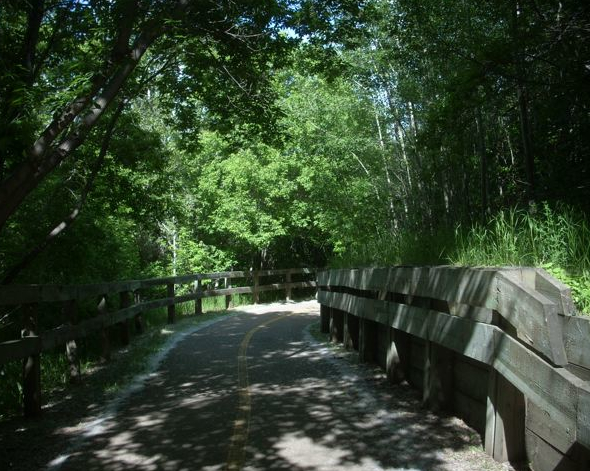 Well, I lied. I was in Mill Creek again today. Started near the University, and wasn’t in the woods more than five minutes when a coyote jumped out from the trees about five feet in front of me. Pretty impressive specimen. Very furry. As per usual, I had just put my camera away, but the whole thing happened too fast to capture on film, or whatever passes for film inside my digital camera. Have to say, this has never happened before. I always hear the coyote first, and that’s often as far as it gets. A very lucky chance encounter. 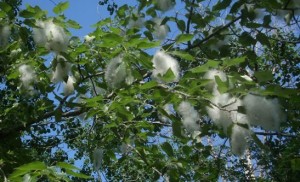 Poplar seed before it ejaculates off the branches...

It was a gorgeous afternoon in the woods. Humid, green, and warm. The air in Mill Creek was a blizzard of poplar fuzz, pelting me like soft hail. Kind of suffocating, but the sight of all that sparkling seed wafting through the incredibly lush ravine was magnificent. Like the coyote, the fuzz-filled air proved impossible to capture on film. It barely registers, like snow. Saw one caterpillar hanging from a tree near the Cloverdale Bridge, but I avoided the usual infested areas. I also saw the dog-walker, with five dogs.