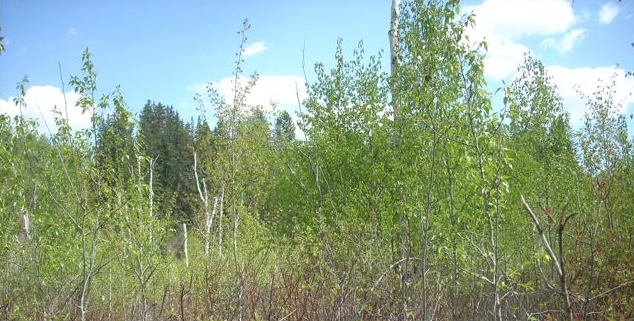 A brand new path today! It’s to the right of the little bridge at the bottom of the power line in Whitemud Creek. I’ve walked part of the trail, but in the winter, the steep drops were too much for my boots (and my heart), so I never made it the whole way through. Even in the spring, it’s still harrowing in places, and crossed by several fallen trees, but this time I bushwhacked my way to the end, and I have to say, it’s a great new addition to my catalogue of off-trail walks. Thanks to my niece, who is a stellar trail-blazer in every respect, we followed the path all the way to 23rd Ave. The monkey trail resembled Elk Island Park with flat grassland on the right, and at other times, it felt like a mountain walk through pine and spruce. And very undulating, alternating between creek-hugging paths, with various sandy outcroppings visible at close range, to cliff-like vistas. Never one to shy away from a quick dip in the creek, the dog kept trying head down the slope, but changed her mind when we hollered at her, which was often. 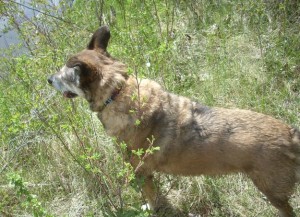 The trail is both grassy, and root-laden. A thousand ways to trip in other words, but I managed to stay upright, which is good because I was with my niece, who had assured me that under no circumstances, would she ‘haul my ass out of Whitemud’ if I fell. For some reason, I have a certain reputation in my family. No idea why.