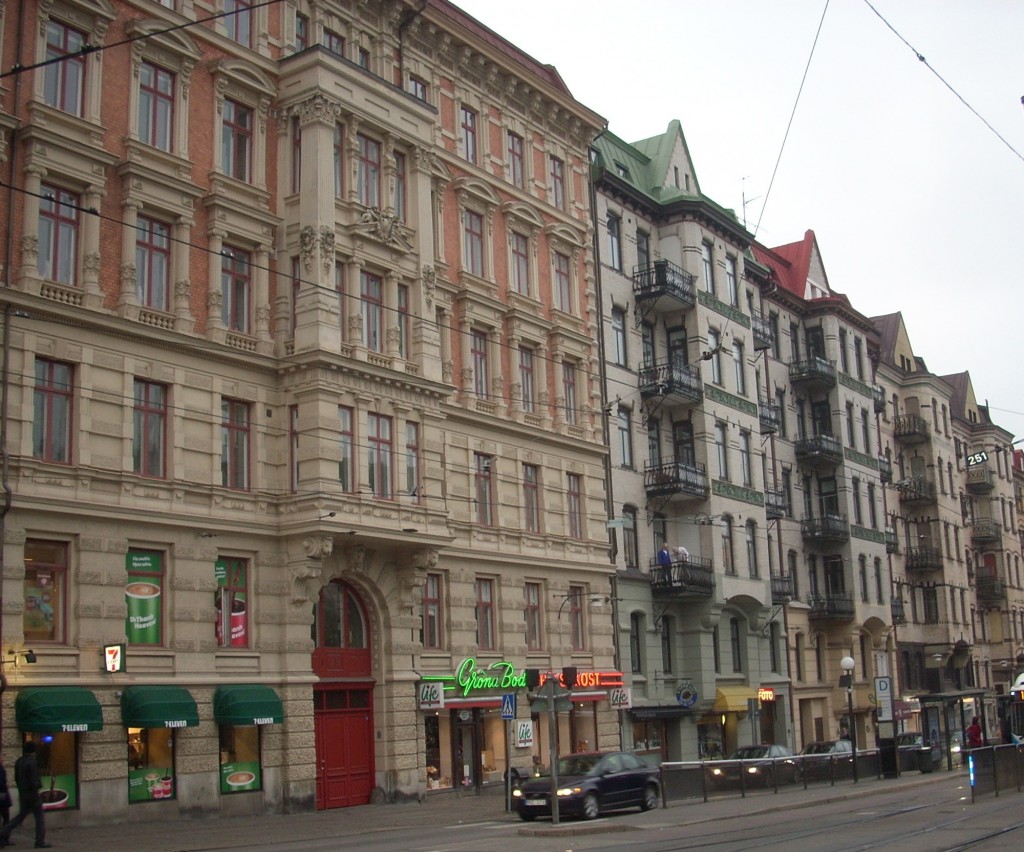 First morning after first full day of being in Gothenburg. What a BEAUTIFUL city. After about 16 hours of travel, a lot of it in airports waiting for connections, I arrived in Sweden’s second largest city around 6:30PM. Too dark to really see anything that night, but when I woke up in the morning, the city was encased in fog. Gorgeous fog, with the ubiquitous red roofs of the buildings peaking through. Also have a view of Skansen, and old fort, just to the left, and Haga Krykan (Haga Church) to the right. So European. So...northern European. Walked all around the city yesterday. Many of the streets are cobblestone, and there is a dedicated bike path on the sidewalks, not the streets. I have been told to watch out for the bikers, who apparently are much more dangerous than the cars.

Even on a Sunday, there were lots of people on the streets, in the shops, out for strolls. Even the candy store, which is unlike any other candy store I’ve ever been in, was full of adults filling their bags with many different kinds of sweets. The Swedish people are living up to their stereotype. They are beautiful-tall, slim, and well-dressed. All of them, men and women. Haven’t seen a wide-legged pant yet…tights and leggings with skirts are de rigueur, and everyone wears a scarf around their necks. More for fashion I think. It’s about 8C, so warmer than Edmonton. And the grass is still green. Kinda like Vancouver weather. 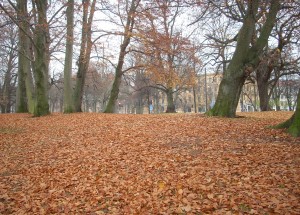 facades, five or six stories in height, encompassing residential and commercial properties. Very densely populated. No single family dwellings, at least not in this central area, although I don’t think they have a lot of sprawl. Some of the streets are narrow, and people cross the streets when it’s reasonable to do so. In other words, they act like adults. There isn’t that lock-step sort of mentality with regards to regulation. There is lots of see at street-level, and everywhere is a visual feast. Up, down. It doesn’t matter. Lots to eat too. The pastries are fantastic. Everything is topped with a crunchy sugar, kind of like…well,  I don’t know! Incredible. I’ll have to find some to bring back to Edmonton. Good thing there is lots of opportunity to walk.

Haven’t seen Agnetha, Benny, Bjorn, or Anni-Frid yet, but I’ll keep looking. They’ve gotta be here somewhere. Probably most likely somewhere in Stockholm, where I am going next weekend. All in all, the first day of my pilgrimage has been awesome.