Last year, it snowed and stayed on November 1, not leaving until the following April. This year, we made it an additional day. Woohoo! It snowed on Friday, November 2 and by snow I mean a blanket-the-entire-landscape deluge. I was dog-sitting on Friday and Saturday, and when I came home from work on Friday, I had to shovel what felt like two feet of heavy, wet snow off the driveway and sidewalk. Saturday morning, after walking Stella, I had to unbury my car. On a positive note, it was sunny and the streets cleared by afternoon. Stella and I went on another, longer walk to the power line and she had a great time. She loves the snow! Even more, she loves burying her ball in the snow. As a friend on Instagram commented, “I buries it, and then I digs it up.” 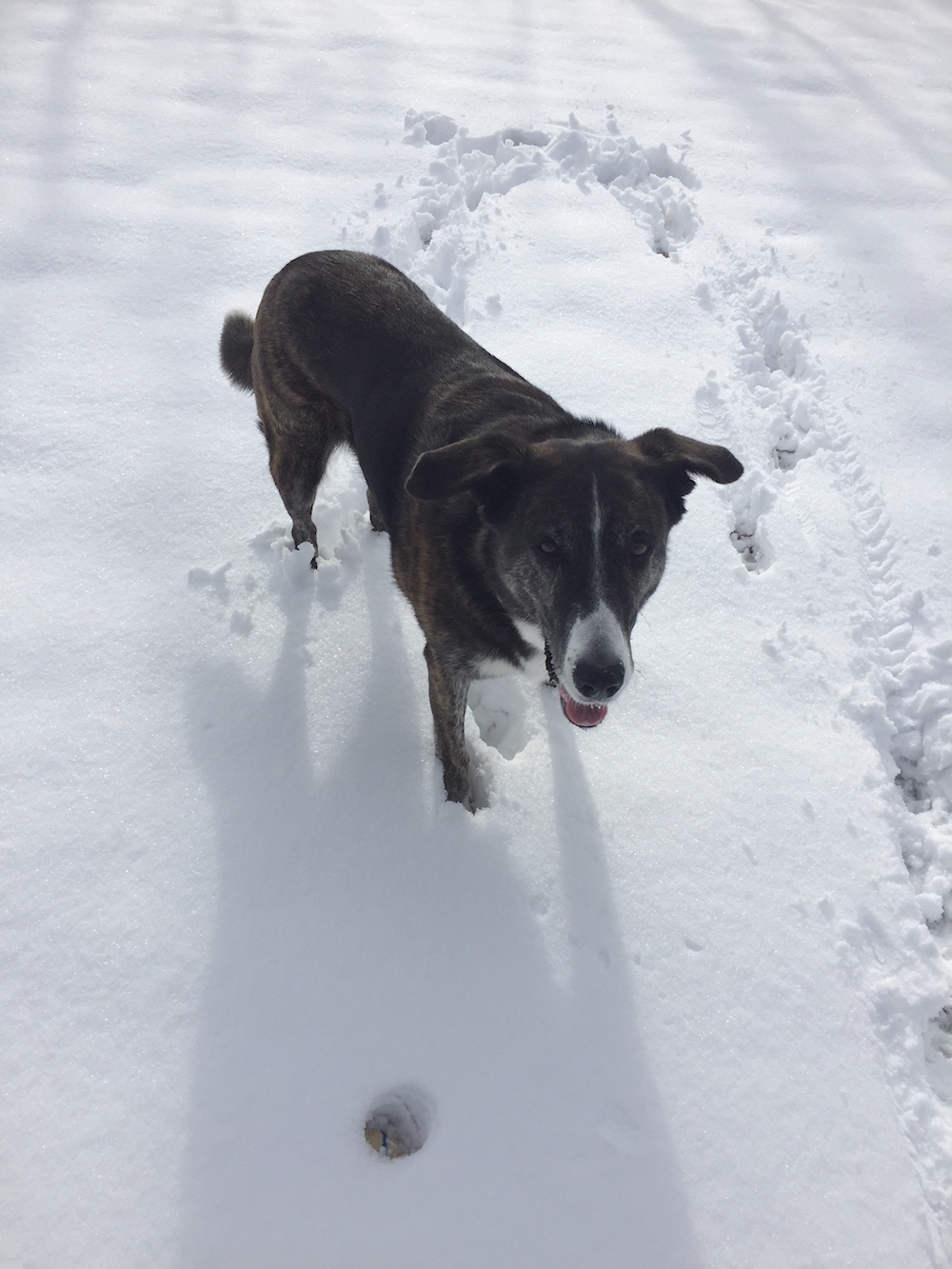 Today, it’s been raining but will turn to snow later this afternoon, covering what will no doubt be a thin but deadly layer of ice. There is still a lot of snow but the streets and sidewalks are clear. My only walk was to London Drugs and the grocery store. An hour later, I was soaked from head to toe from the rain and some thoughtful person who drove into a puddle and splashed me. Thanks asshole.

I’m not looking forward to the icy walks. And the dark (today was the end of daylights savings). I just have to remember Stella, and how much fun she has in the snow. BE. LIKE. STELLA.