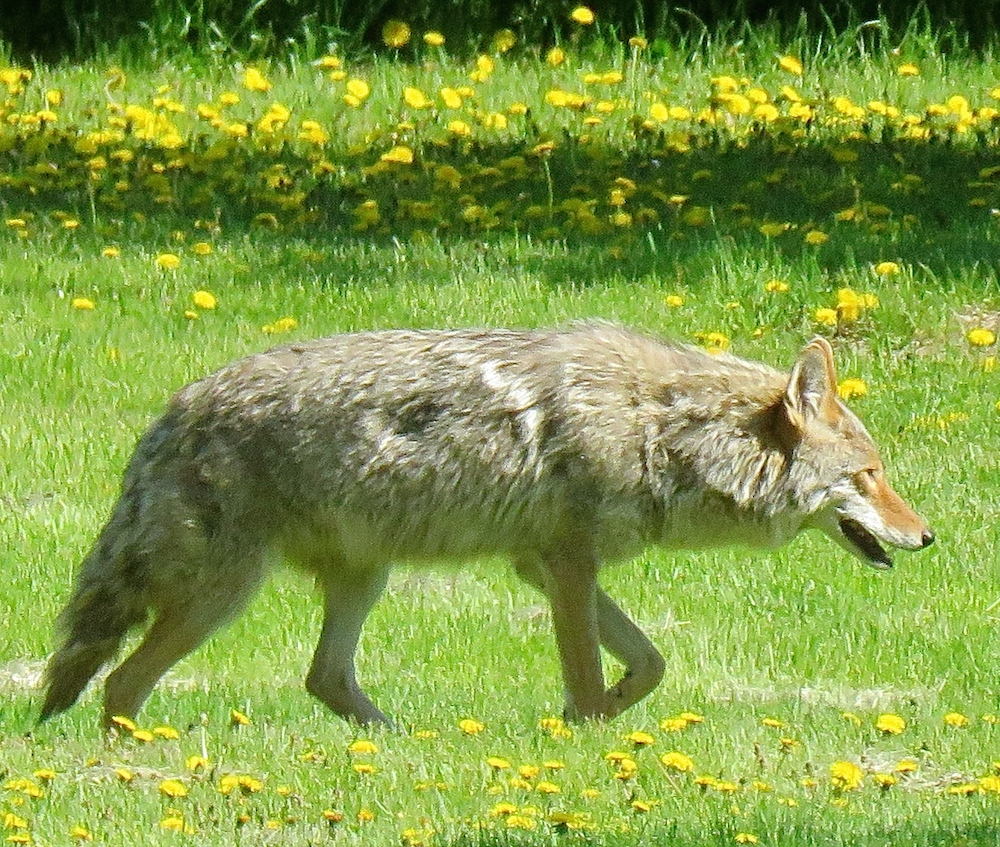 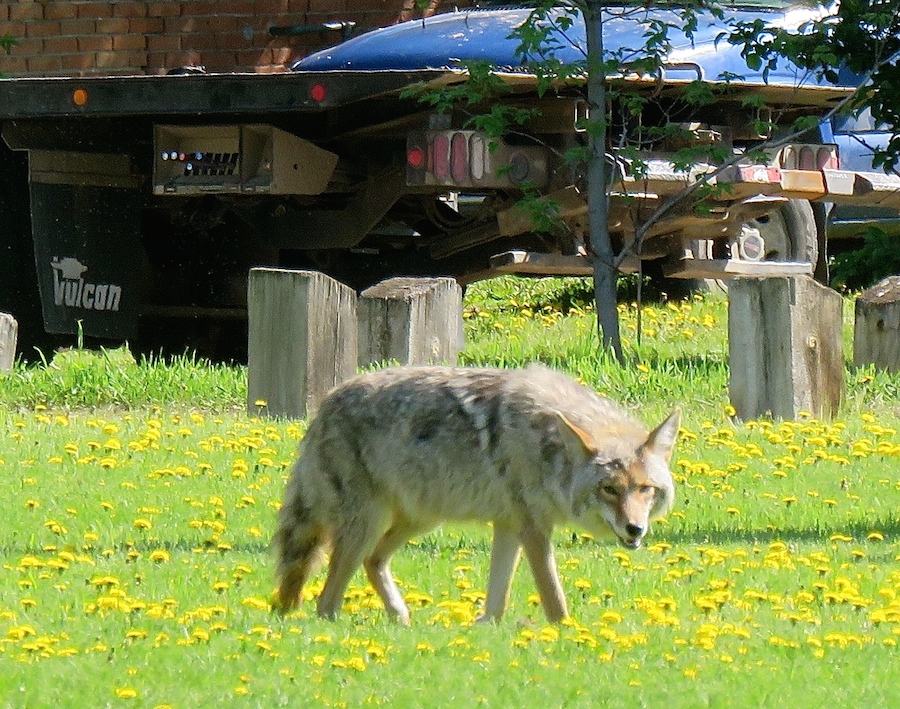 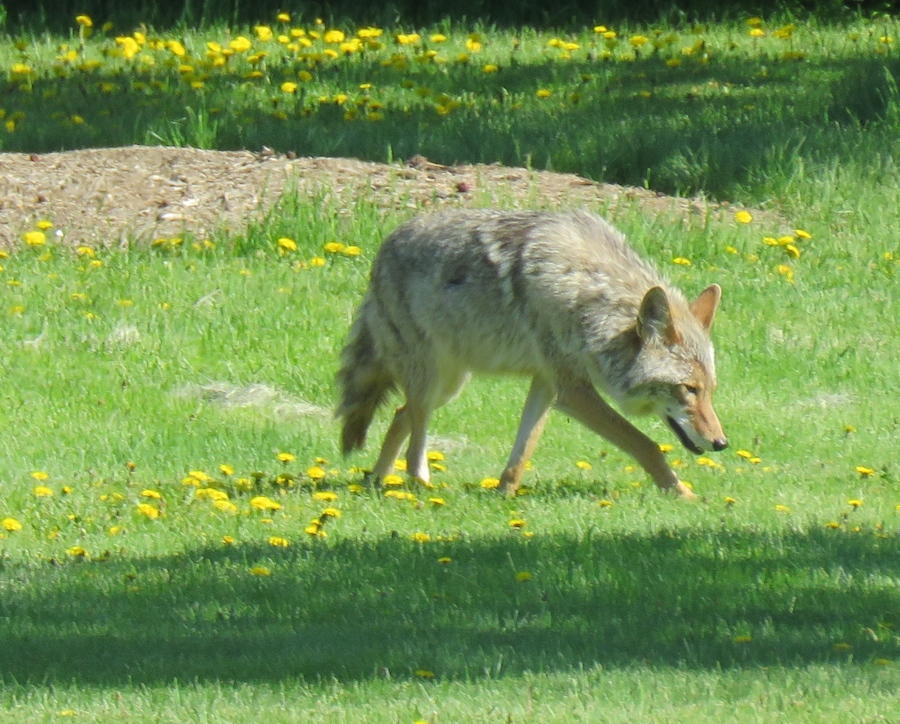 Very thrilled about this. I’ve seen and/or heard them for years, but never managed to have my camera with me or ready quickly enough to snap a picture. This guy was crossing the baseball field in Rossdale just steps away from where Joanne lives. I thought he looked quite healthy and beautiful. At one point he gave me a stare down, but otherwise was intent on whatever he was intent upon, which I’m guessing had something to do with mice.

My walk was rather circuitous as I had to find several alternative paths into the river valley from downtown because of the a: funicular and b: other assorted river valley construction. As I contemplate moving back into the area, I am cognizant of the fact that some of my commuter routes will be impassable for months and in some cases (like the LRT extension) years.

However, I enjoyed the walk into Mill Creek via Rossdale and Skunk Hollow. After 40+ mm of rain and 100k winds the other day, there was some damage in the form of fallen branches and trees. The creek was high and may have flooded, but the trails were fine. We were nearing peak spring the day before the storm, but in the aftermath we seem to have surpassed it. Many of the blossoms have fallen from the trees, and the lilacs are suddenly, gloriously in bloom. And holy cow, the city is greeeen…

Thank you coyote for making my walk so spectacular. 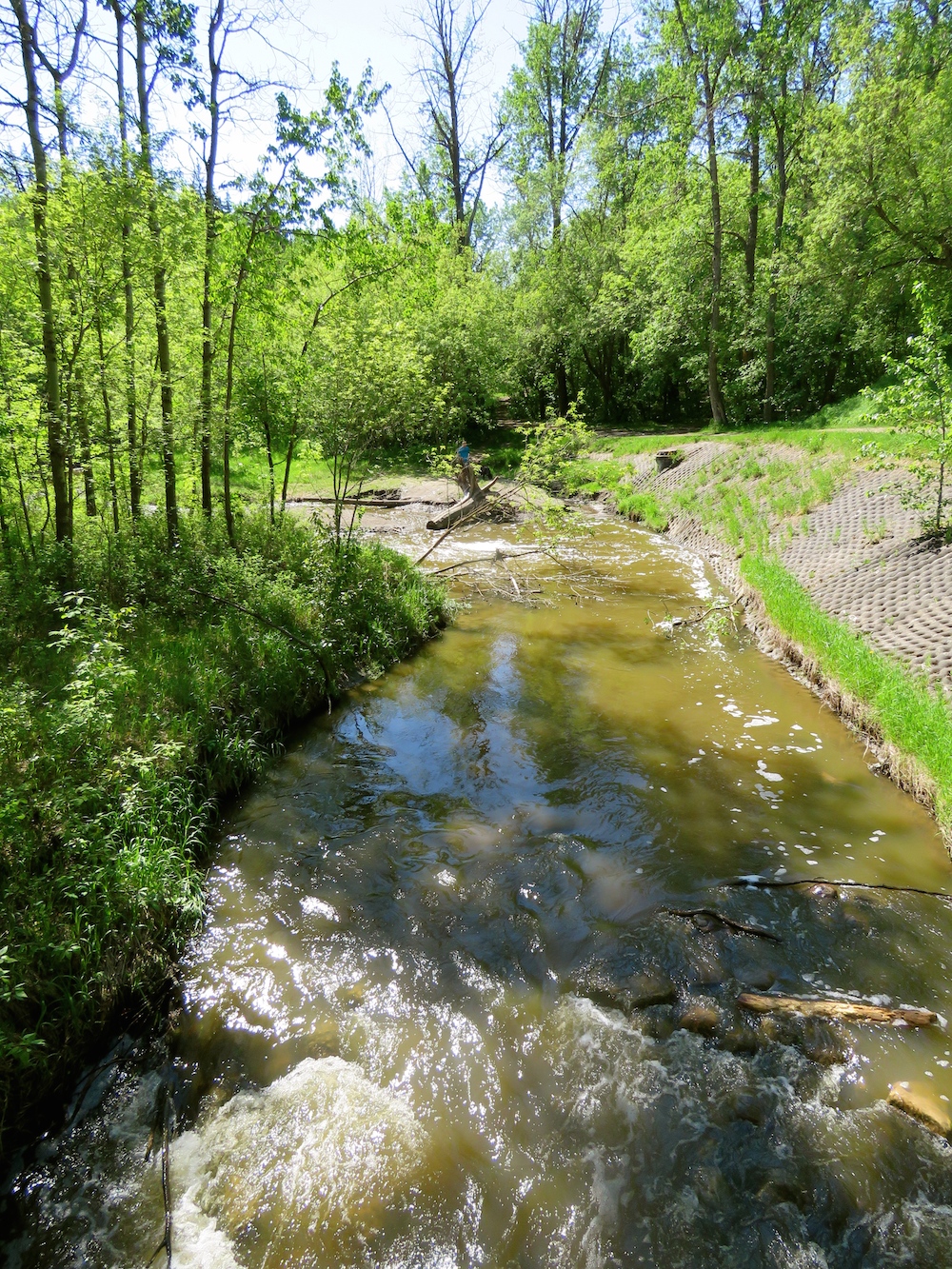