Beautiful walk on Sunday along the Fort Edmonton Park trail, which begins at the river where Whitemud Ravine trail ends. The icing on the cake to that trail, which is nice but relatively unvaried, is the fantastic Fort Edmonton pedestrian bridge, the only suspension bridge in the city. It crosses the river at the far west end of the trail, and is unusually funky…for Edmonton. 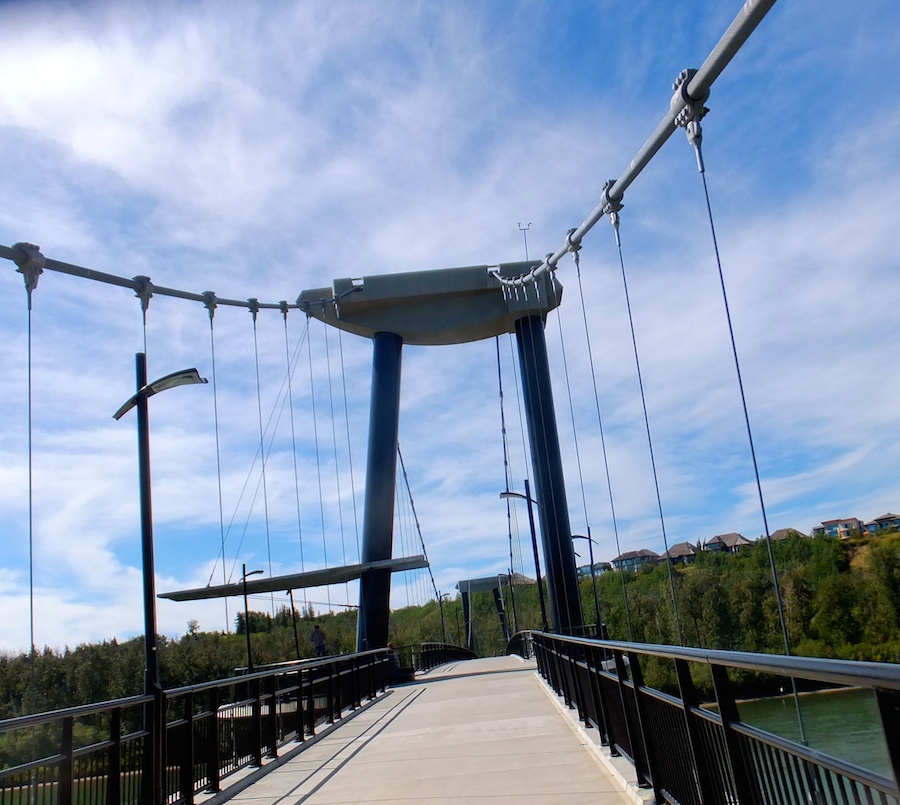 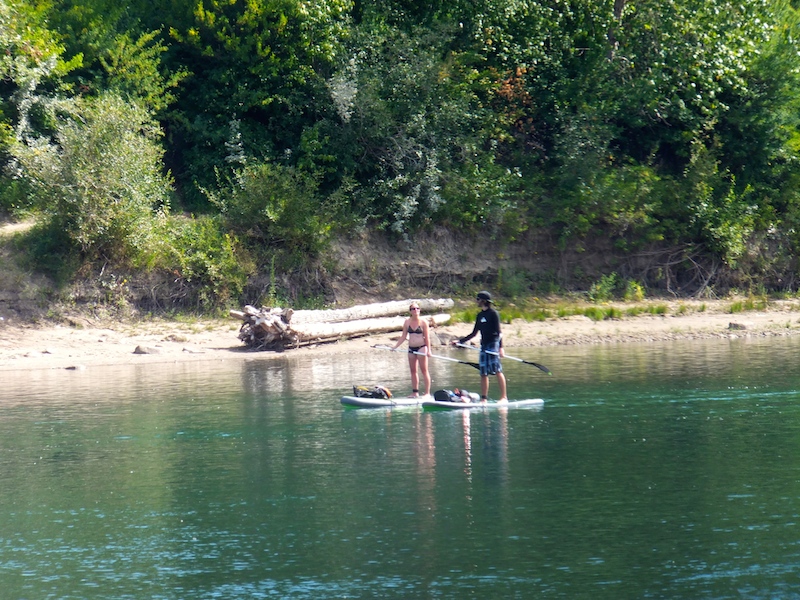 We parked at the top of the stairs and then ambled for about an hour along the trail, ending on the other side of the bridge where there is a short but lovely path and a set of hellish stairs which I think leads to Riverbend. Lots of people oot and aboot enjoying a warm summer day on foot, bike, canoe, those sea-doo thingies, and most impressively, paddle boards. 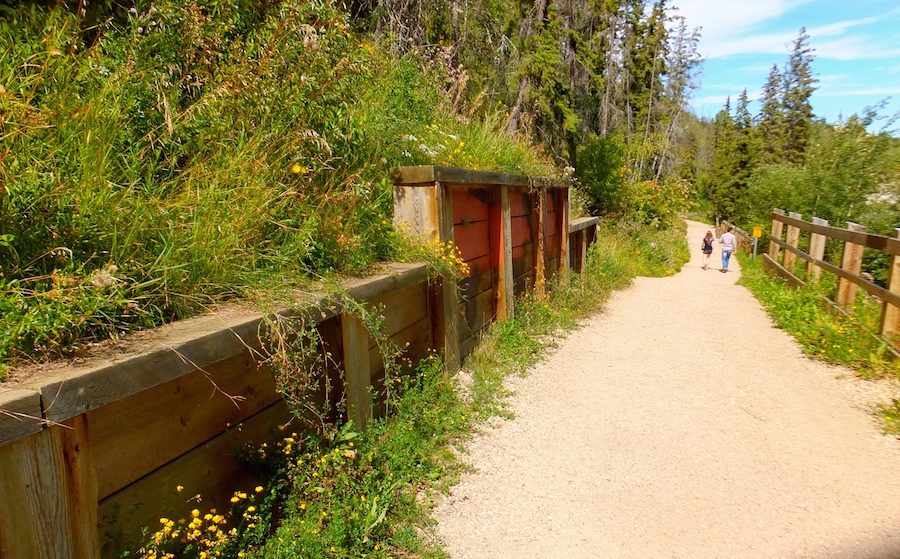 Over the bridge, on the other side of the river 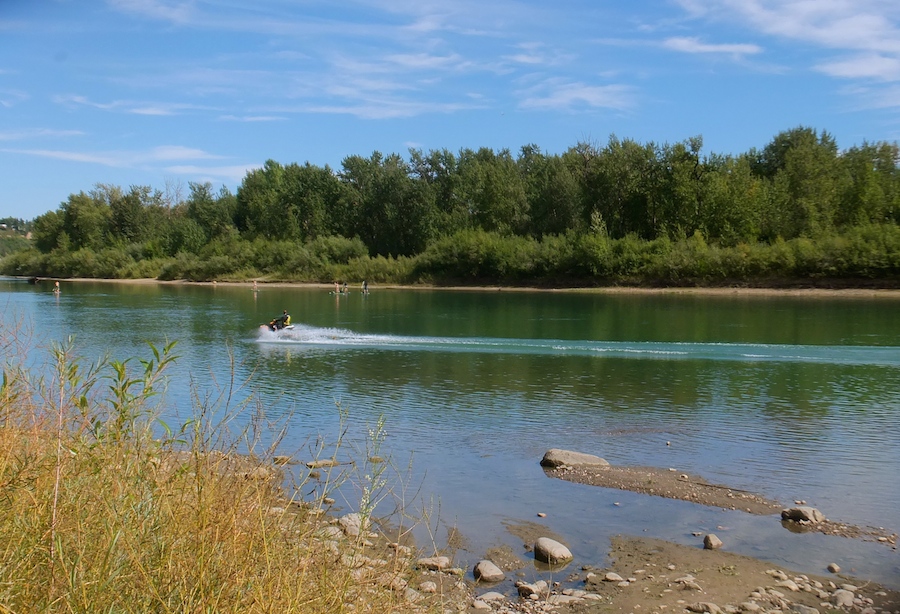 I’ve never seen paddle boards on the river before! People standing on boards and paddling down the river. Never. It seems like a lake activity, or something you do in the tropics. The river is super low right now, so maybe that makes it easier. Anyway, it was fantastic to see so many people enjoying the day in every way possible. 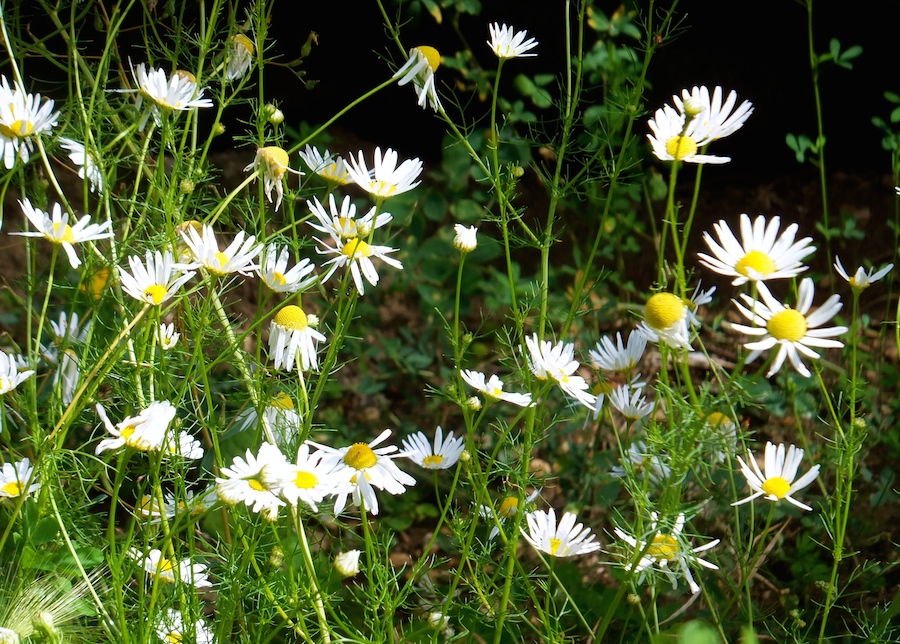