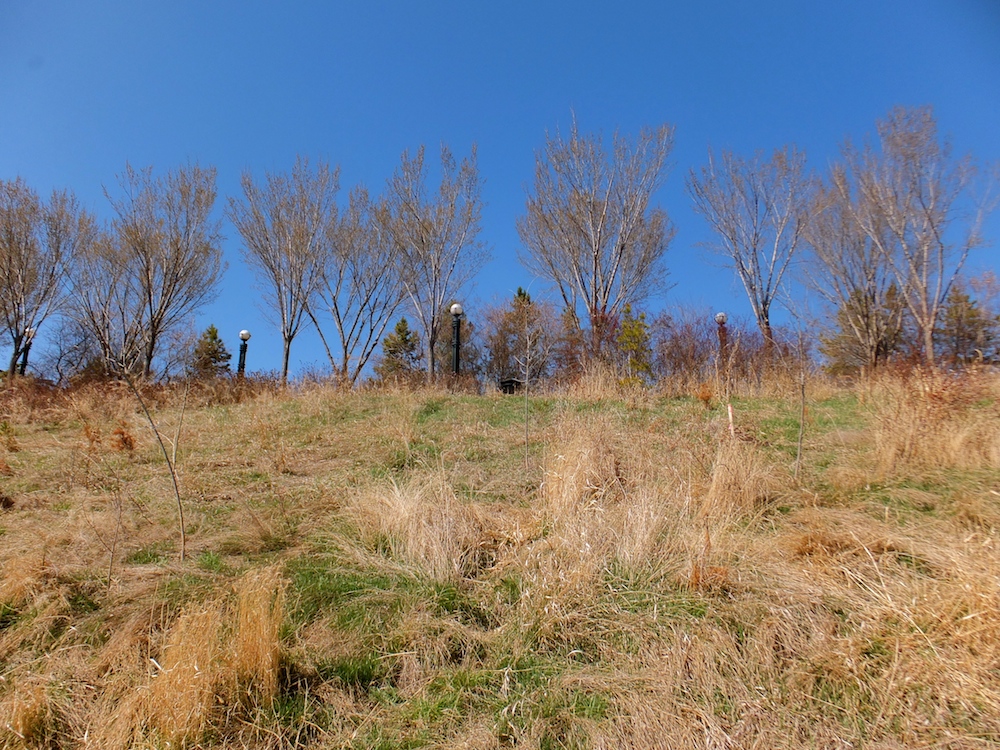 Looking up at the hill in Louise McKinney Park

The season of muted colours continues in the river valley. The cloudless blue sky, happily, is the exception to the rule. It’s an early spring, by which I mean we’ve already lost most of the snow and the trees and bushes are in active bud. And yet, from a distance, they still look so soft, like a smudge of light brown against the blue of the sky.

A beautiful, warm walk from the University to Rossdale. I looped south around the neighbourhood to see the point at which the trail is cut off by construction on the new Walterdale bridge. The fence starts where Rossdale begins. They aren’t playing around. I’m disappointed the city put the tiny footbridge by the fire station behind the fence. The construction site starts quite a bit further west, so why not give us that sweet little landmark? Ah well.

I continued over to Louise McKinney Park, and then up the stairs to the Convention Centre. Could have worn shorts and a tank today. Make that should have. 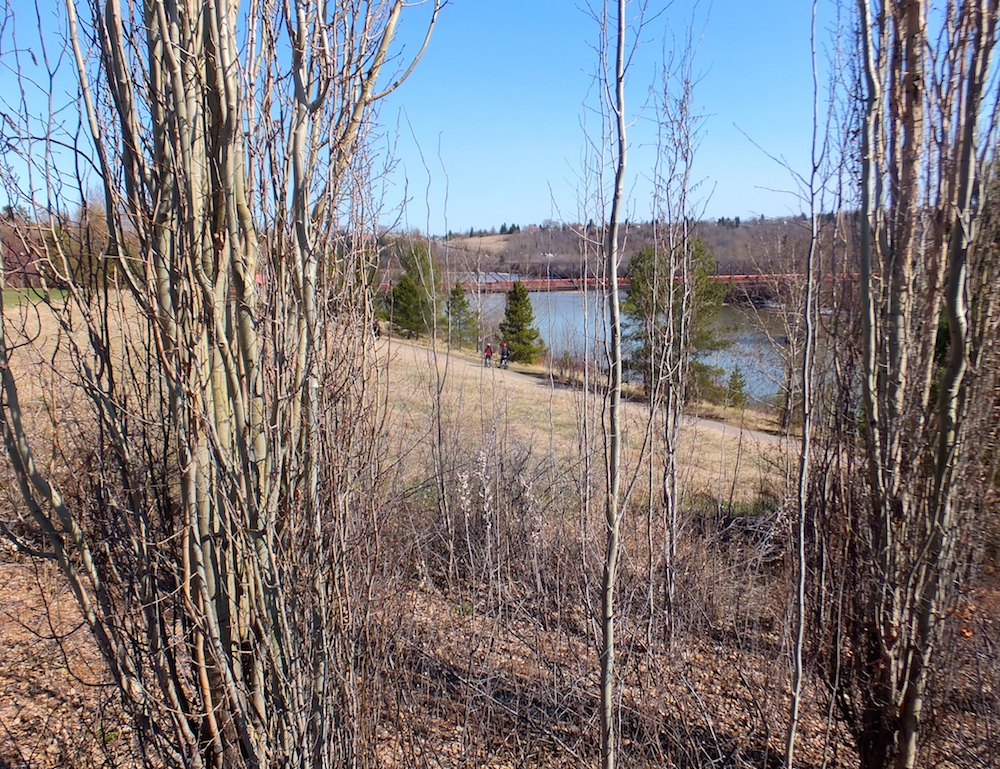 Looking down at the Cloverdale footbridge in Louise McKinney Park