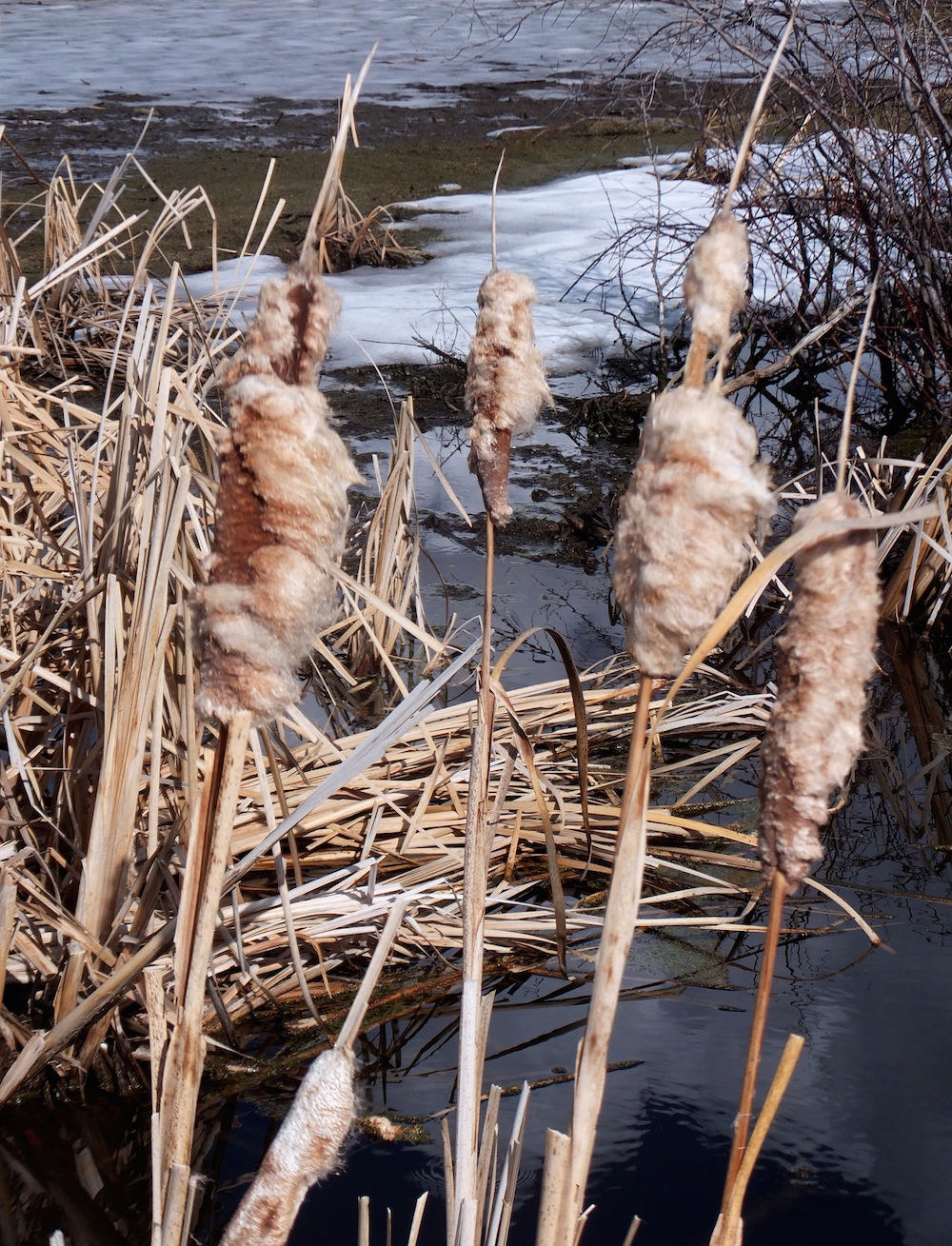 One man-made (Red Winged Blackbird pond), the other – Hodgson Wetlands, naturally occuring. Both of them are small, but they are urban and close-by…just west of Whitemud Creek Ravine. I went by the (self-named) RWB pond a couple of weeks ago, and it was still frozen over. Today, it’s mostly open and the mallards and geese have returned. Also, the muskrats, although I don’t think they ever left, just hibernated. No red-winged blackbirds yet. It was kinda windy, and periodically overcast, but still nice. A good day for a walk. A Good Friday walk.

The snow, or as I like to call it in April, opaque rain, has now melted. The landscape has returned to its natural brown colour, although tiny bits of green are popping up here and there. After walking around the first pond, Sharon introduced me to the second – Hodgson Wetlands, which was unknown to me. It’s tucked into the neighbourhood south of the first pond and is oddly situated, but entirely lovely. Rows of McMansions, and then a cat-tailed choked wetland, with a walkway and an observation deck. I will have to come back when it’s greener. 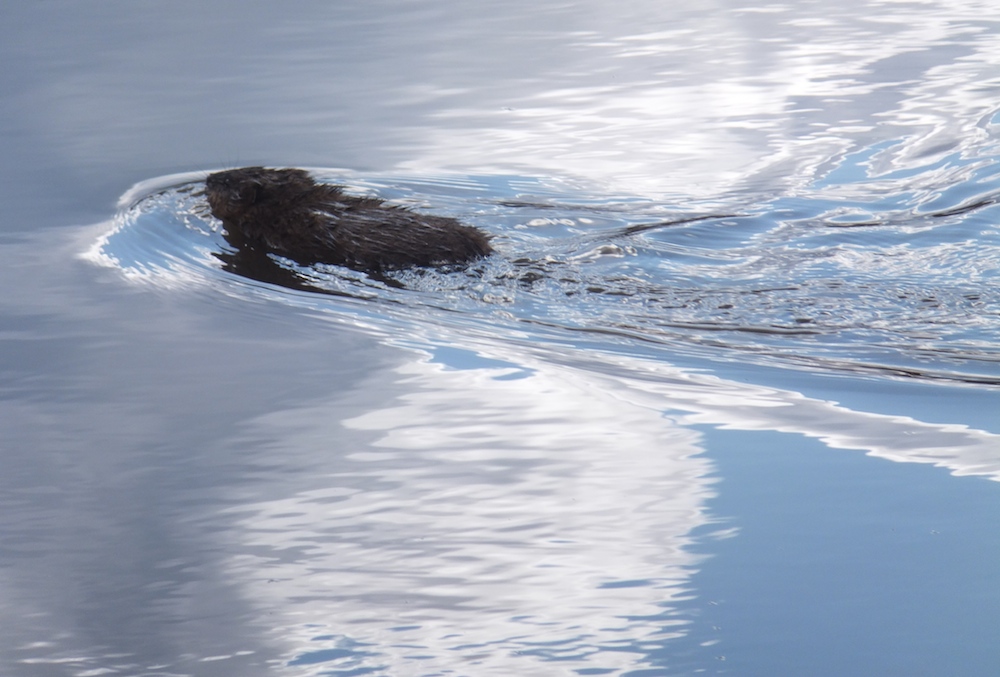