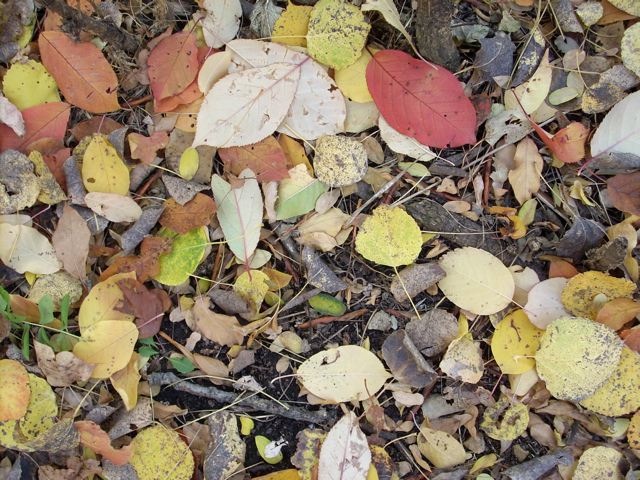 I think summer is over...

Nothing like a long walk on a beautiful autumn day. Yeah, I know, it’s still summer. But in a few short days, the sun will officially bugger off to southern climes, and the autumnal equinox (on the 22nd) will irrevocably close the door on what was largely, a dreary, wet summer. Today, however, was lovely. A bit windy, but the colourful trees and blue sky made up for the complete lack of anything even remotely summery, like warmth. I don’t think it would have mattered if it was overcast and spitting rain, I had to get out on the trails today. Last week was so busy, I only managed a few short, perfunctory walks down Saskatchewan Drive, which is very unusual for me. All work and no walk makes Donna a very dull (irritable, bloated, weepy) girl.

I saw something astonishing down by the Cloverdale Bridge, and it did not involve any unecesessary nudity or someone with an ECCA petition (or both.)  I saw…a bald eagle! I think. I was walking along the fenced off trail (tee hee) on the southeast side of the river, just past the bridge. As I’ve mentioned many times before, there is an island that appears every once in a awhile, depending on the height of the river. Right now, the river is low, and the island (named ‘Seagull Island’ by me, in a rather unimaginative moment), is not only visible, it’s grassed over and zoned for condos. The seagulls hang out there by the hundreds. I took a few shots with my camera and then 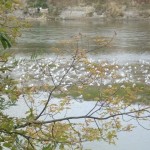 continued down the path. All of sudden, the entire flock was airborne, and when I looked over I saw what appeared to be a huge mofo of a seagull, standing on the edge of the island. And then it flew up and I saw much smaller, and much deader seagull swinging limply from its claws, suggesting perhaps this was no seagull.

The hawk landed again and I was so busy trying to figure out what it was (a complicated manoeuvre involving the squinting of my eyes), I forgot about my camera. The bird kept moving, and from where I was standing, I’m not sure my pocket digital would have captured how big this thing was anyway, compared to the magpies flying around, waiting for leftover gull nuggets. The bird had an impressive wingspan, even flying short distances. It had a white head and a dark body, but it was hard to tell if it was the burnt umber of a bald eagle, or something else.

When I got home, I checked my books and I couldn’t find another hawk that resembled the bird I saw on the island. Therefore, my conclusion is that I saw my very first bald eagle! In Edmonton. According to ‘Birds of Edmonton‘ (Lone PIne Publishing, with b&w illustrations by moi), we do get bald eagles, but very few, and apparently, they like a nice seagull samich every now and then. Really, really cool! Well, cool for me, not so cool for the seagull, who I’m sure was just as gobsmacked as I was to see a bald eagle in Edmonton. However, unlike me, the seagull was not able to expand on this thought, as it was busy having its throat ripped out.

Five minutes later I was back up on the bridge to get a better view of the island, which was completely ‘disappeared’ of seagulls. Not one. Not even a few flying around, not even the bald eagle, who was either following this mobile grocery store, or had found a quiet spot to have a nosh and ponder why it was in Edmonton, and not the balmy west coast of British Columbia.

Another eventful day in the river valley. Another great walk.