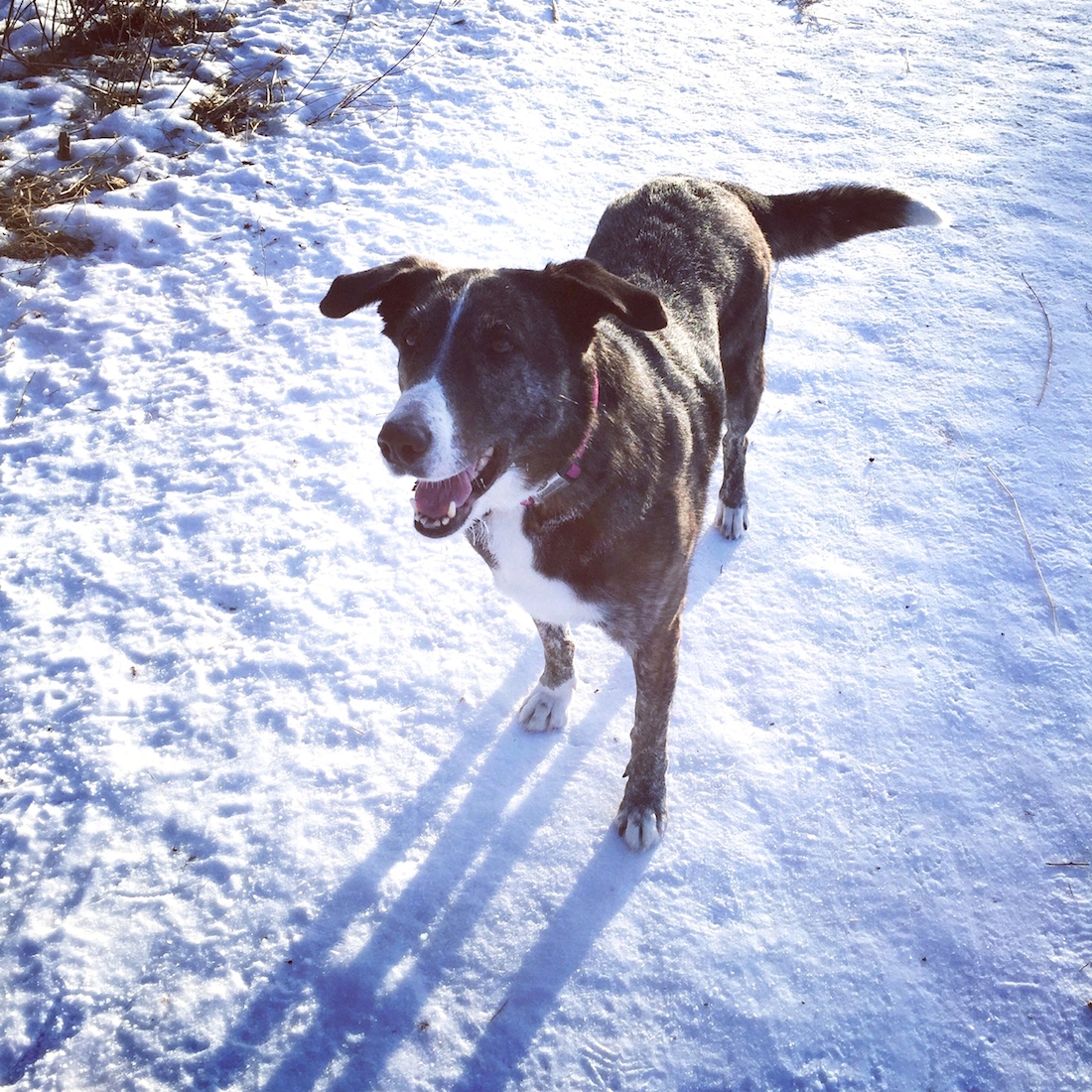 It’s been awhile. Little walking other than neighbourhood dog walks December and early January. It’s been too cold, too slippery, or too much effort. I’ve also been suffering from a series of colds. A head cold Christmas Eve day, lasting for about a week. And then, last week, a chest cold which may have been my head cold part II, which I still have. Lots of people seem to be getting two colds in a row, or one long and winding cold. It’s been a month of hacks, sneezing and phlegm. And rolls and rolls of Halls.

Anyway, a nice long walk at Terwilleger with Sharon and Stella. Frosty, a bit overcast, but nice to get out and stretch my atrophied everything.

Even though it was nicer and bluer out than the photographs might suggest, it was very wintery in the way the white, low sun spotlighted through the frost-covered branches. That eye-level sun is a dead giveway it’s winter. Still. 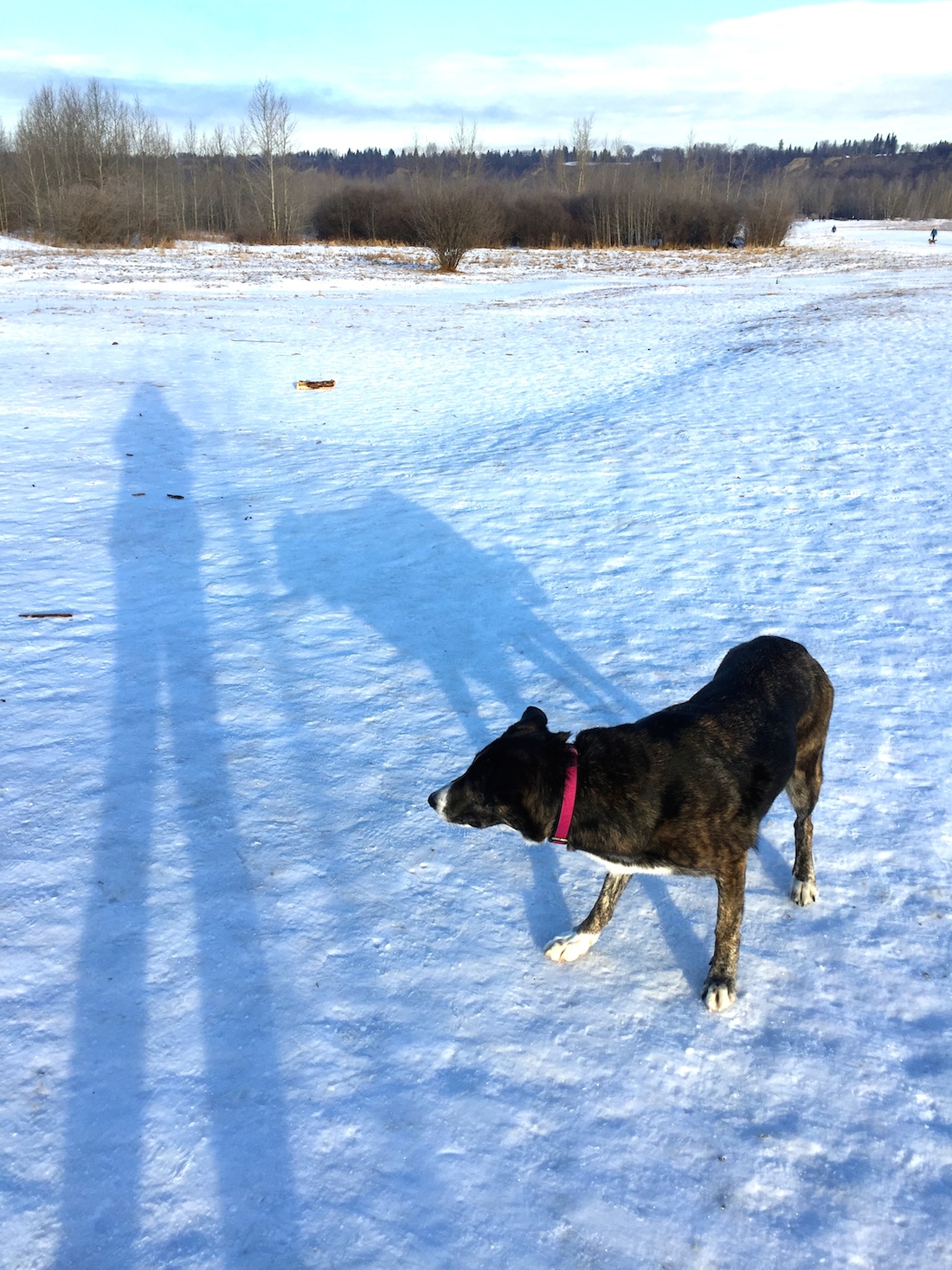 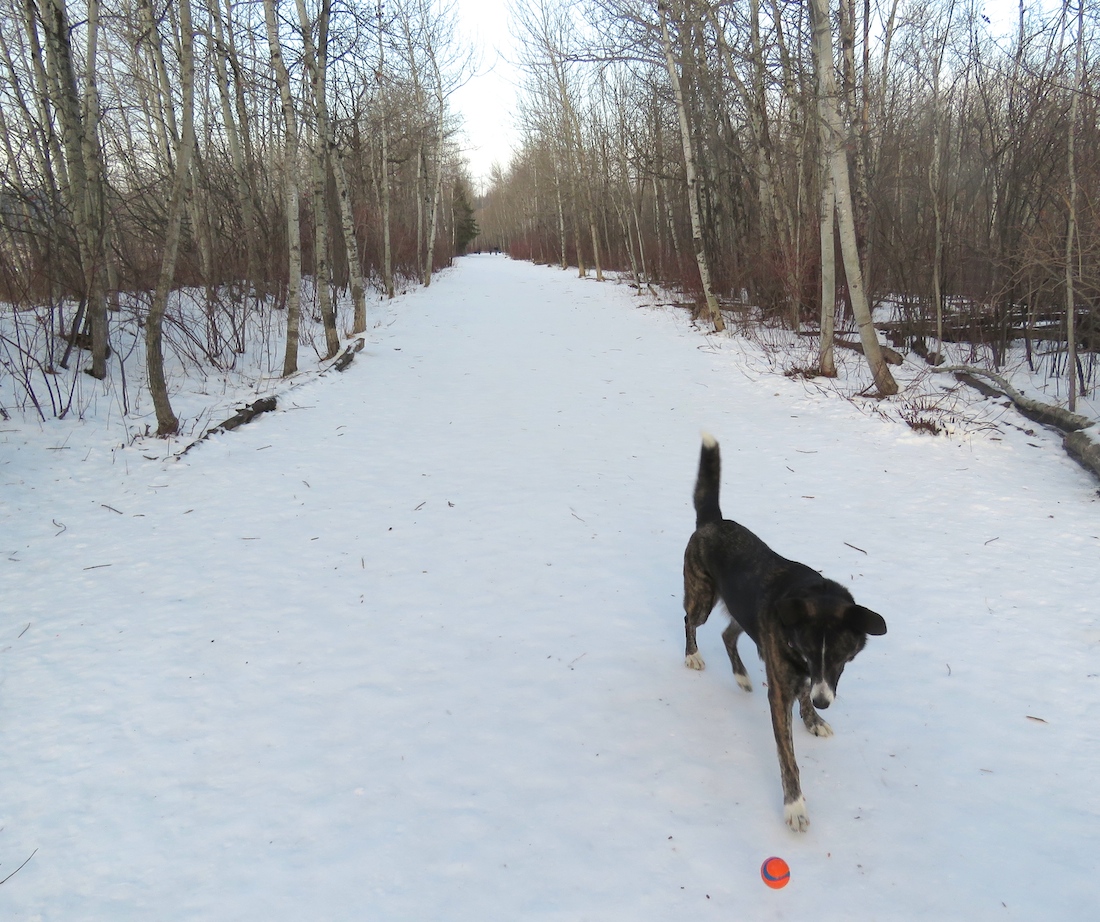