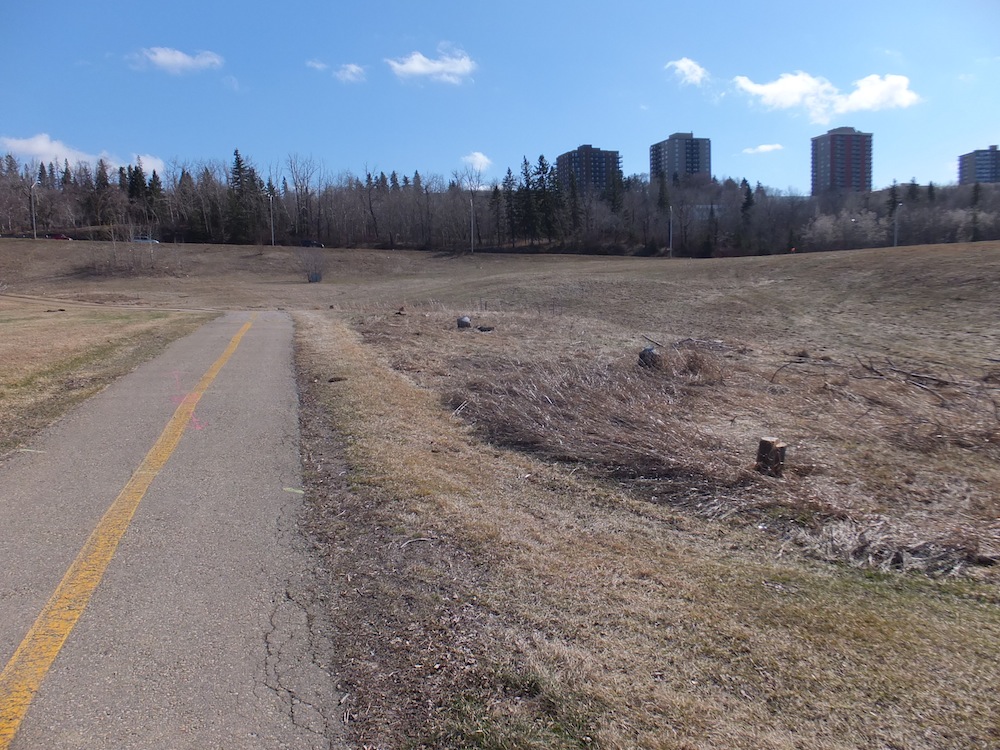 A lot has been made about the Walterdale Bridge reconstruction project going over budget by 14%, but what isn’t talked about is the impact the construction will have on the surrounding trails and the people who use those trails. A familiar story for this walker. In the 17 years I’ve been using the trail system in Edmonton, I have been re-routed for various projects many times. The City of Edmonton prides itself on the river valley, but sometimes I don’t see that reflected in the projects given the green light. In almost every case, it’s about drivers, and making things better for them. I’m not necessarily against any of these projects, with the exception of the southeast LRT line cutting through the river valley, but I do wonder what it would be like to live in a city where cars are not the priority. Do we need a new bridge? Maybe. I do agree that if we are going to build it, it should be distinctive. However, these ‘signature’ projects have a way of being whittled down to the point where the design becomes expedient. Look around. Our buildings get ‘er done, but little else. If we’re going to build it, have a vision, and stick to it. 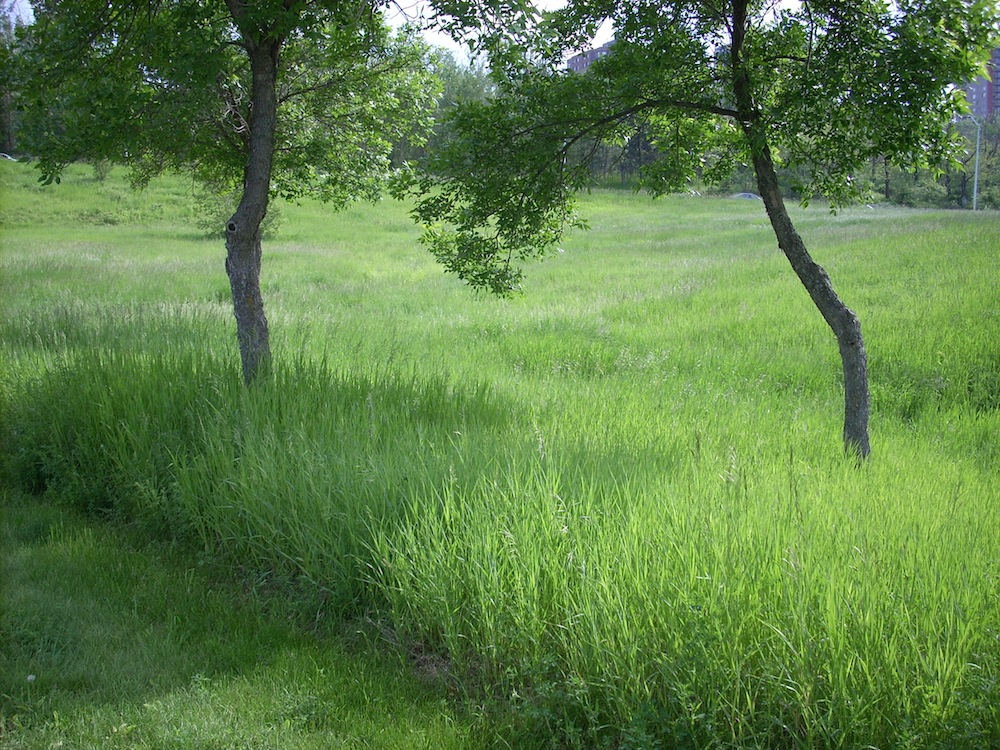 Yesterday I walked through a familiar trail in the river valley, but it was hardly recognizable. The path around the Walterdale Bridge has been decimated. The trees on either side of the trail have been cut down, and many others as well. I realize space must be cleared for construction of the new bridge, and all of the requisite earth movers, but the length and width of the destruction seems excessive. The trees have been cut all the way up to the hill and beyond. I know these trees, or I knew them. Just beyond the south east section of the Walterdale, there is a long stretch of relatively flat land with a fringe of trees ending in a canopy of cool green. That canopy is gone, or will be gone, even as the few trees left standing foliate. Should I mourn the loss of a few trees? Yeah, I can’t help it. Trees and woods and river valley trail systems matter to me. They are what I value. I wish the city would actually value these things too, rather than finding countless stupid ways to reinvent the river valley, shove a train through it, or (what appears to be) an indiscriminate destruction of it. Yes, trees will grow back, and trails will reopen, but I am so fucking tired of the march of ‘progress’ on the backs of our unique and truly admirable green spaces. I sure hope that bridge is pretty.