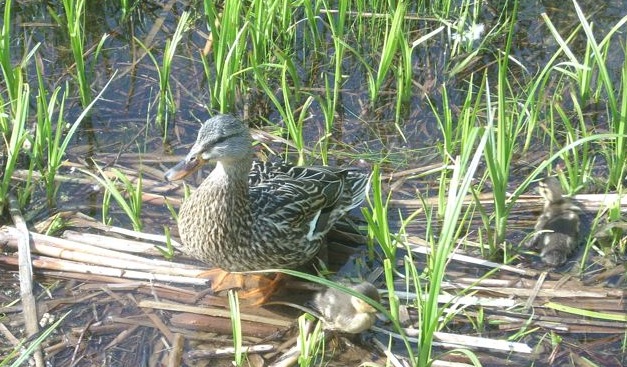 Did the Emily Murphy/Hawrelak/Laurier trek twice today, which was about three hours in total. My dogs are a bit barky, but it was worth it. So beautiful outside, and the baby ducks in the lake at Hawrelak were so damn cute I deserve a medal for the restraint I exercised in not scooping the little duckies into my arms. And I would have if mum and dad duck hadn’t given me the stink eye. I don’t think they were too happy that their babies were paddling in the reedy water next to my feet. So fuzzy and friendly, I bet they would have enjoyed a hug. I know I would have.

The scenery at Hawrelak was bucolic to the extreme. Very few people at 10:30 in the morning, and the lake was calm and fowl-filled with several different kinds of ducks, including the inexplicably named blue-billed Ruddy Duck, many, many geese both in and out of the water, and seagulls. Amazing how docile the geese are, considering their ornery reputation. They just casually waddled out of the way as I wandered around the lake. Prior to this, I took the path between Emily Murphy and the Kinsmen, which was surprisingly dry. It’s often very humid along that trail, but the lack of rain has had its affect. Oddly enough, there were swarms of mosquitoes near the water, but they didn’t go after me. The other end of the walk at Laurier was uneventful. Extremely lush, sunny, but quiet. Even the dogs were few in number, although I did see a couple playing in the North Saskatchewan. 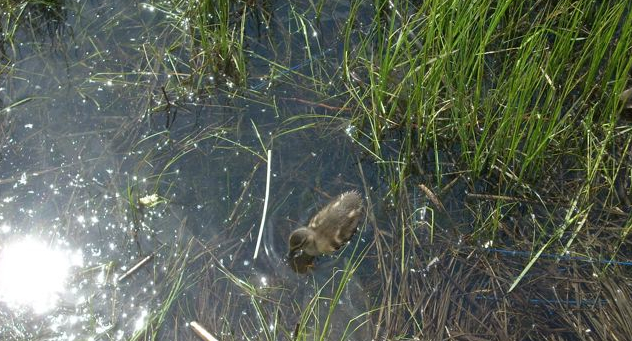