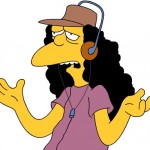 Anyone seen my hacky sack?

Last year, same day, I wandered into the Legislature grounds and straight into a cloud of marijuana smoke. At the time I had no idea why so many people (teenagers mostly) were gathered on this spot, some in groups, others scattered about on the grass, all blissfully unaware of the wide-eyed phony in their midst. Was it to publicly declare their love of black t-shirts and hacky sack? And why were they all smoking dope? It seemed rather flagrant and as per usual in social gatherings, particularly this one, I felt terribly out of place.

Today, there seemed to be even more people, very few over 30 and those who were over 30 looked 90 (but were probably 35.) Strangely, the hula-hoops outnumbered the hacky sacks two to one, but as I observed, there was lots giggling and very little hooping. I thought I saw a woman with a falcon on her shoulder but as I got closer I realized it was a pigeon. I didn’t tell her. I also spotted a guy who had a large variety of bongs attached to his overalls, and I thought, he’s a ‘bong-man’, and then he turned around and his hat said ‘bong-man’.

There were also quite a few dogs, mostly pitbulls, or pitbull adjacent. I’m not quite sure what the connection is between dope-smoking and muscular dogs, but there wasn’t a collie or a lab in sight. Then again, the visibility was almost nil.

As I emerged out of the cloud and headed toward Rossdale, the beneficence I felt toward the crowds of shiny, happy people and their sturdy little dogs lingered for awhile and then dissipated, like a puff of smoke. The rest of the walk was unremarkable. Couldn’t wait to get home and murder a bag of chips.