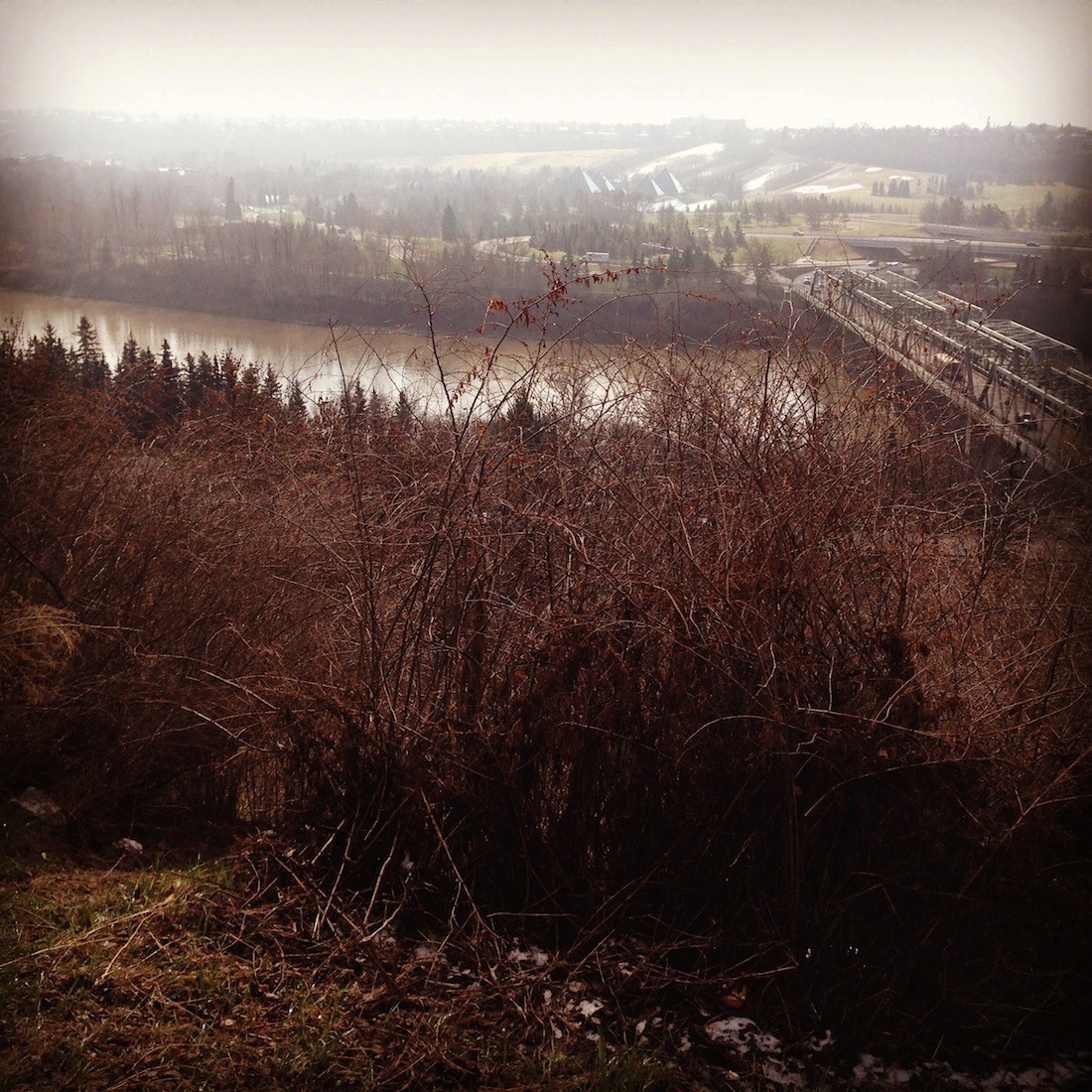 Foggy morning in the river valley

May 6th: Whoa…what a cruddy morning. Over to Rossdale to feed a couple of kitties, yesterday and today. On Monday, the fog rolled into the river valley, so I decided to park at Southgate, and take the train downtown, rather than park in Mill Creek. Not a good idea to stroll through the woods in fog, especially at a time in the morning when no one else is around. Took the stairs from the MacDonald Hotel to Rossdale, and then back downtown via Louise McKinney. The sun, by late morning, had burned off the fog, so I could have walked into Mill Creek after all, but with my car at Southgate, I would have had to double back to catch the train, and my walk would have been hours long. Sticking to my original plan, I was happy to walk in the river valley in cold sunshine, even for half an hour. 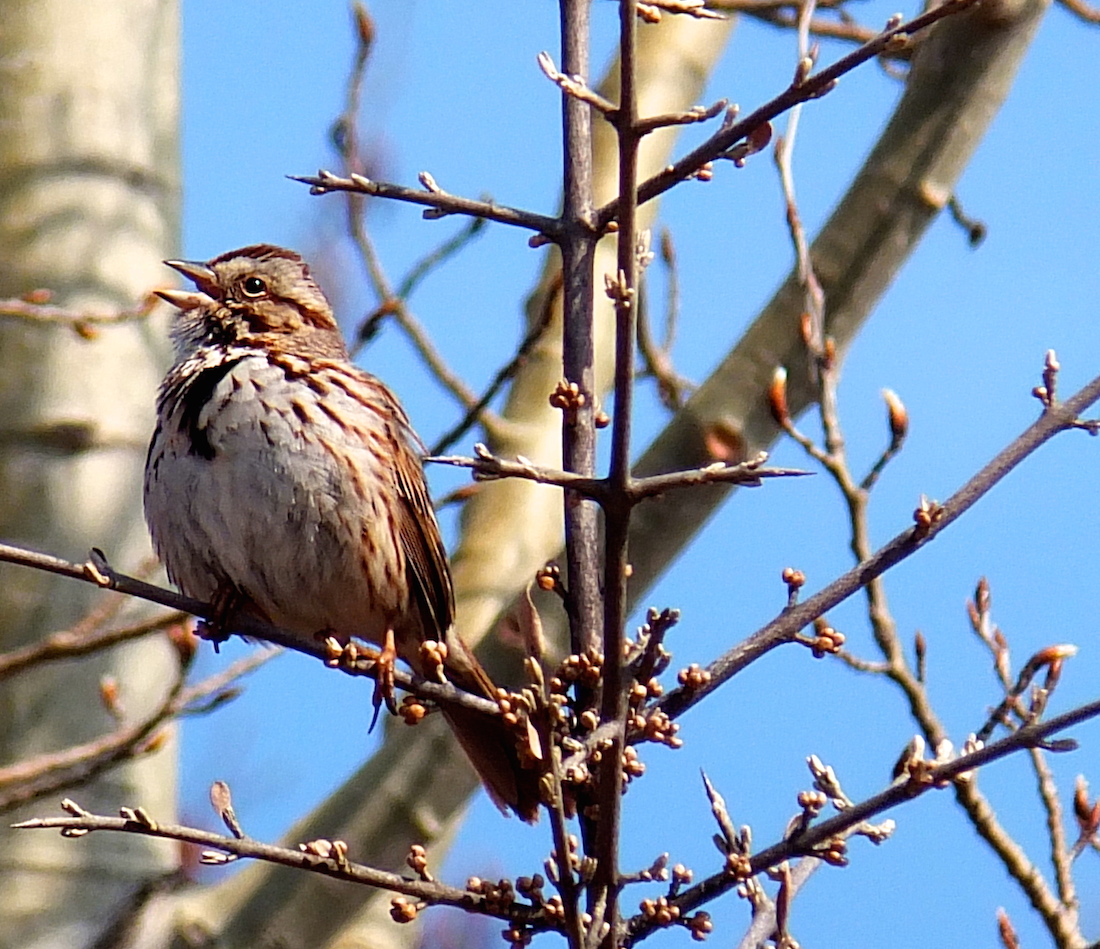 Saw a Song Sparrow singing his/her heart out by the river. So beautiful! I was able to capture the bird mid-song without startling it. I thought he/she might have been a meadowlark, who like this bird sing with their heads thrown back, but I’m not even sure we have meadowlarks in Edmonton, and a birding friend later identified it as a Song Sparrow. There were also a ton of geese – sittin’ around, honking from the skies, waddling along the trail near the river. Years ago, there were just two geese who returned every year a month too early, laying their eggs on a pillar beneath the Cloverdale Pedestrian Bridge. I like to think these guys are all related. 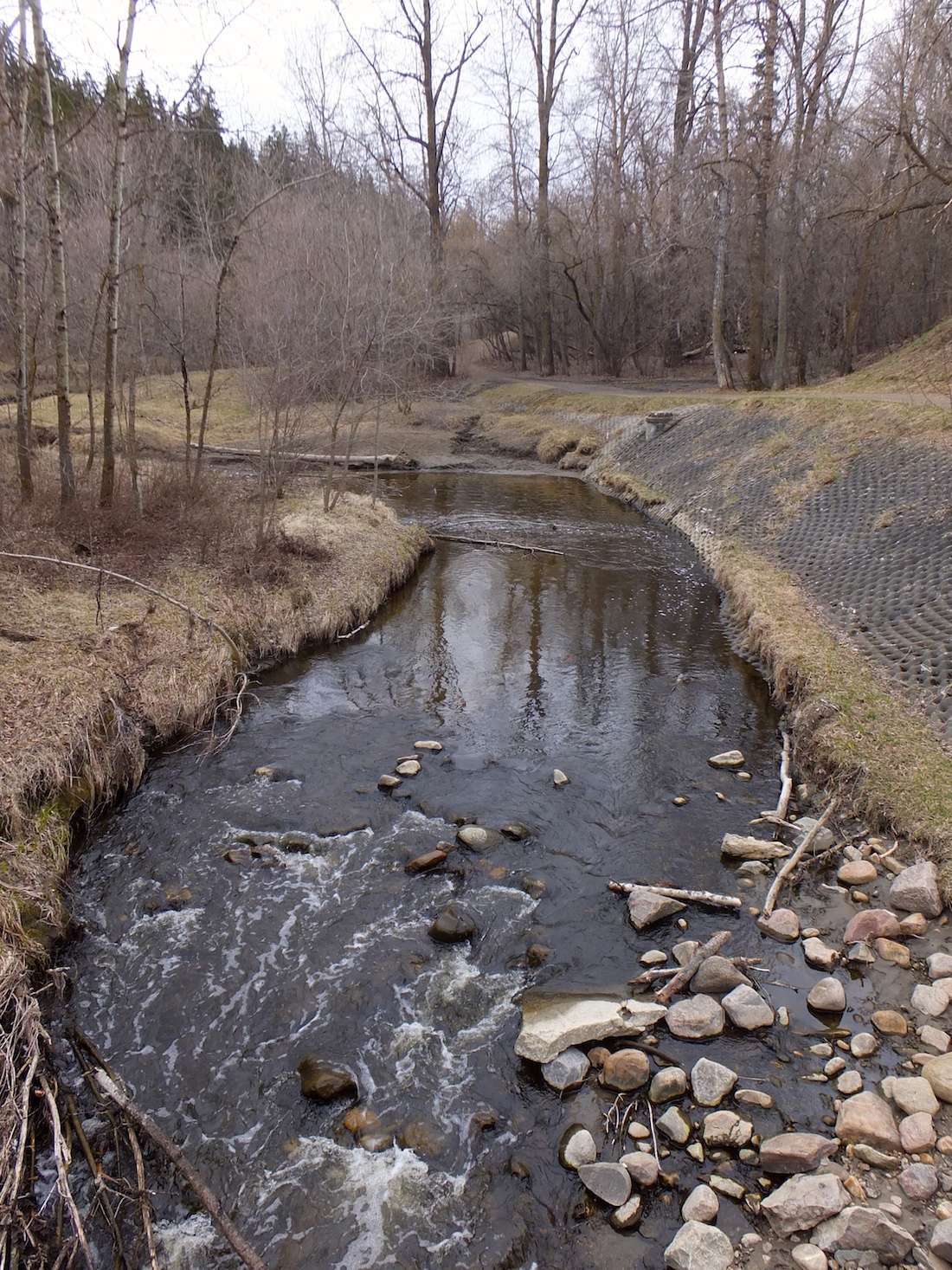 This morning (May 7th), snow on the ground and even colder than yesterday. But…no fog, so a longer walk. Parked in my old neighbourhood in Mill Creek, and then walked down to Rossdale via the trail that runs along Scona Road. 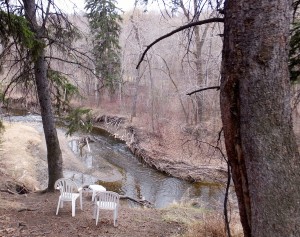 It was brilliantly cold on my face. Fed the cats, and then headed over to Mill Creek Ravine. The landscape was washed out. Not another soul on the trail, but I did see crocuses in bloom at the Muttart, which were cheering. In Mill Creek, the morning snow had melted, and even though I could see buds on the trees, it did not seem like spring. The cold, sunless air was too miserly to yield the fragrances of burgeoning growth in the ravine. Quietly beautiful though, like a landscape in soft pencil. Piles of blankets and the occasional dirty mattress lay in piles along the trail – the gleanings of the weekend river valley cleanup. I didn’t participate, but will do so once I get back into the ‘hood. I hope the users of these items don’t miss them.

It started to snow again, little pellets of meanness, as I walked to my car. In total about 90 minutes of river, wood, and birdsong. I’ll take it.

Crocuses at the Muttart