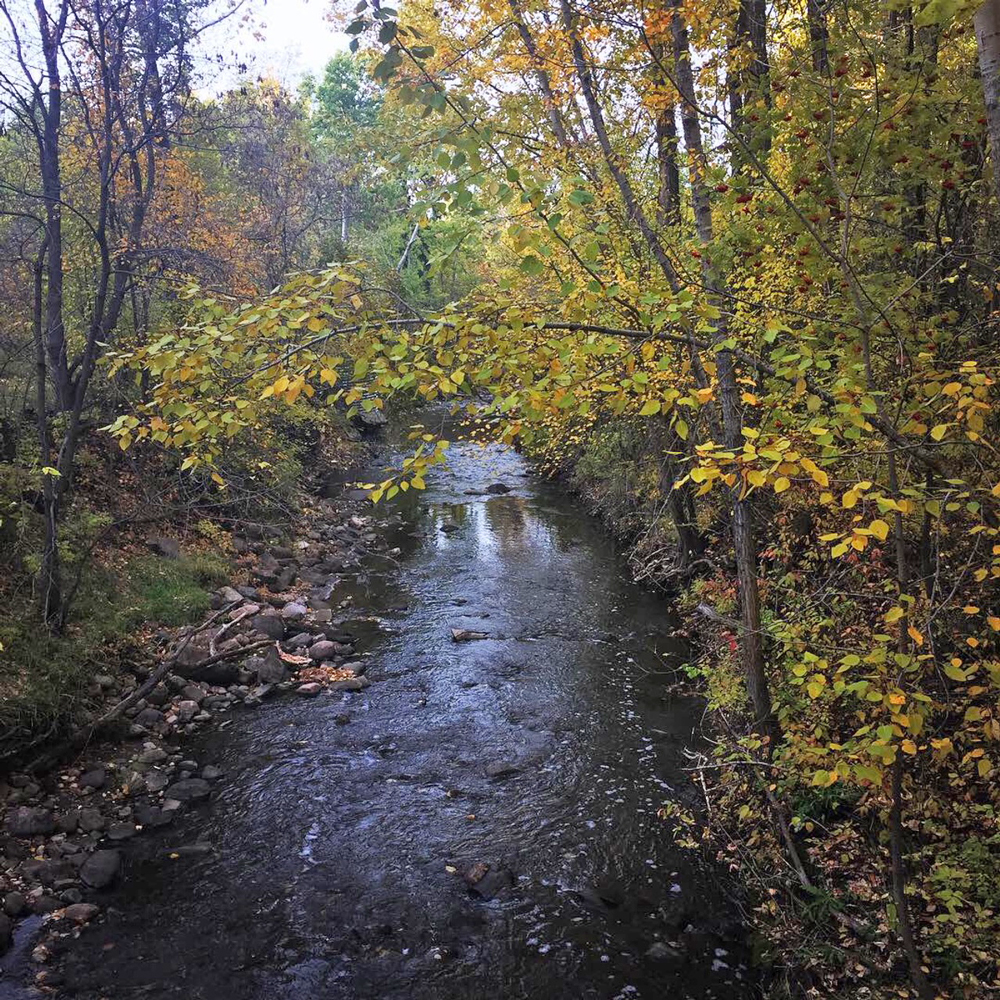 I am writing this post retroactively (and re-dated) because I forgot to post, and then I saw the photos when I was scrolling on my phone as one is want to do. Last Tuesday was nice, around 17C, so my intention was to walk home via the new Indigenous Park where the Queen Elizabeth Pool used to be, but I took the wrong path and ended up in my final destination first – Mill Creek Ravine. I’ll try again this week.

Mill Creek was of course beautiful, sporting its yellowy cardigan and still greenish trousers. I walked a loop around the lower path first, and then strolled along the upper path to 99 Street. Ingeniously, I had a dental appointment earlier in the day so rather than park at the university for 16 bucks, I parked on my old street, and so at the end of my walk I had a car to drive the rest of the way home. It was the tail end of rush hour so it took me a long time. A bus, or on foot, would have been quicker.

On the lower path in the area closest to the last bridge, slightly south of the entrance, the path has been overrun with mud and is apparently now permanently blocked off. As I often do, I ignored the signs and walked through it anyway. My running shoes got covered with mud and about half way through I was questioning my life choices, but it was still worth it. At the end, where the cement outfall structure is, the creek was stoppered with sticks, branches and a brown tangle of unidentifiable ravine detritus. No wonder that area keeps flooding. Not sure what’s happening. Further south along the trail, one of the paths has been cut off for years due to erosion (I still cross that one too). This whole area is poorly maintained, or at least to my eyes it is, so it’s doubtful that this not-caused-by-beavers dam will be un-dammed anytime soon. 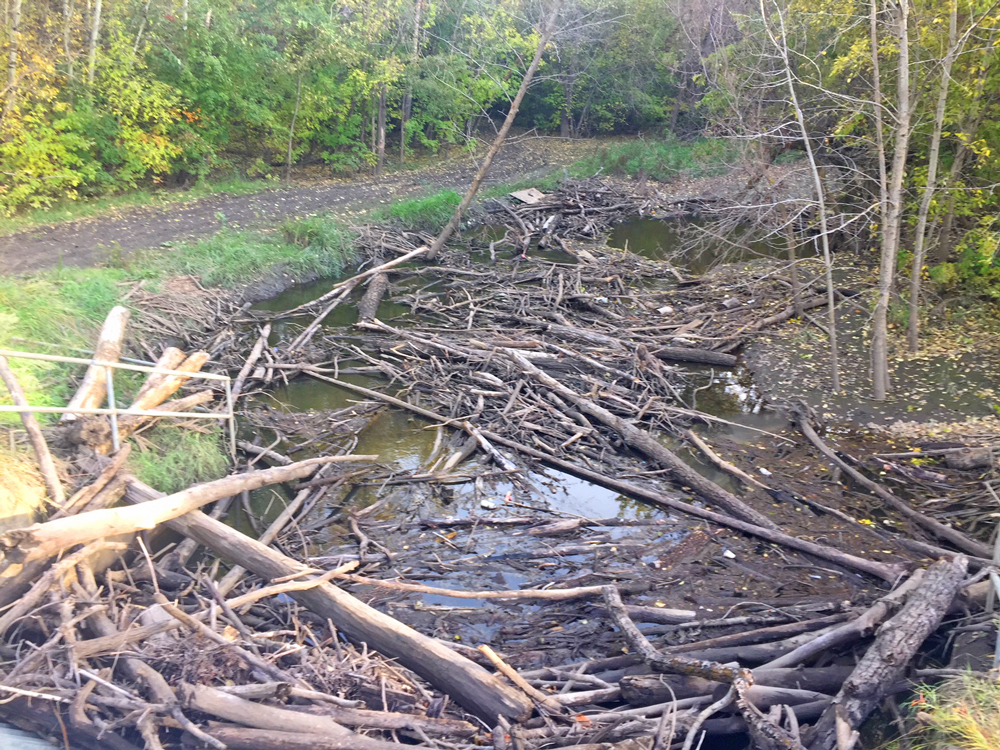 standing on top of the outfall, looking south

Note: for some reason the photos were all kind of foggy, although it was not humid. I chalk it up to the fact that the pants I was wearing have really short pockets, so I had to carry my phone in my hand – hence the fogging. Or my phone is possessed. Or I’m a shitty photographer.

One other note. This month has been the coldest September on record, Tuesday’s temperature of 17C not withstanding. I hope (beg, plead) that October is mild. Bah. 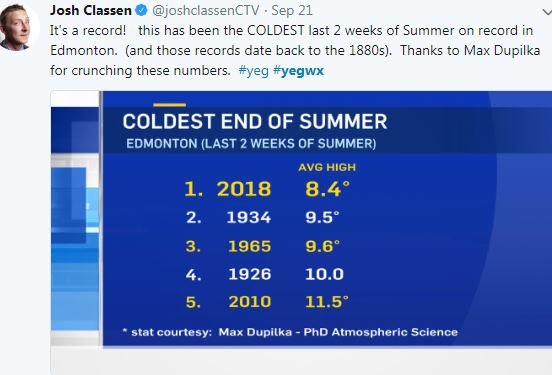 I made a Chelsea and Andy in honour of their wedding

This is going to be a photo post, because it’s so nice and pretty today (Sunday) but Friday and Saturday were pure rubbish. Once again, it snowed. It snowed hard. Snowed so hard I had to shovel my car out.

I am dog-sitting Stella for four days because most of my family is in California for my step-niece Chelsea’s wedding. Even though I went for two walks a day with the doggo in the heavy wet snow, which did not make me happy, I will admit to a small frolic in the snow on Saturday. It wasn’t until all the snow melted (6cm plus) on Sunday morning that we went for a proper walk in Whitemud Ravine. Landscape-wise, it was like the snow hadn’t happened at all. Mentally…I’m still scarred.

Snow or no snow, ball is still ball

Whitemud Creek Ravine, the next day 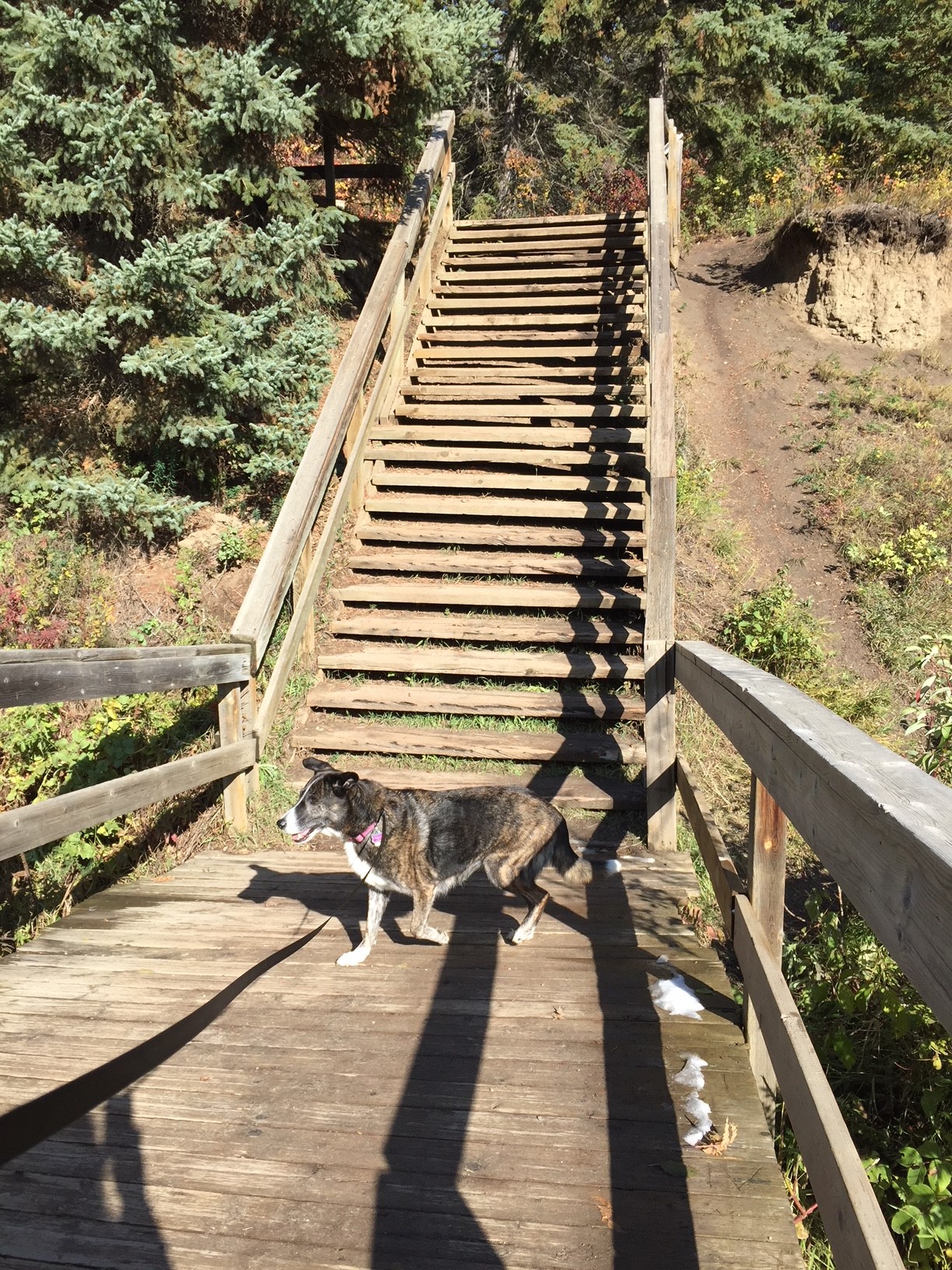 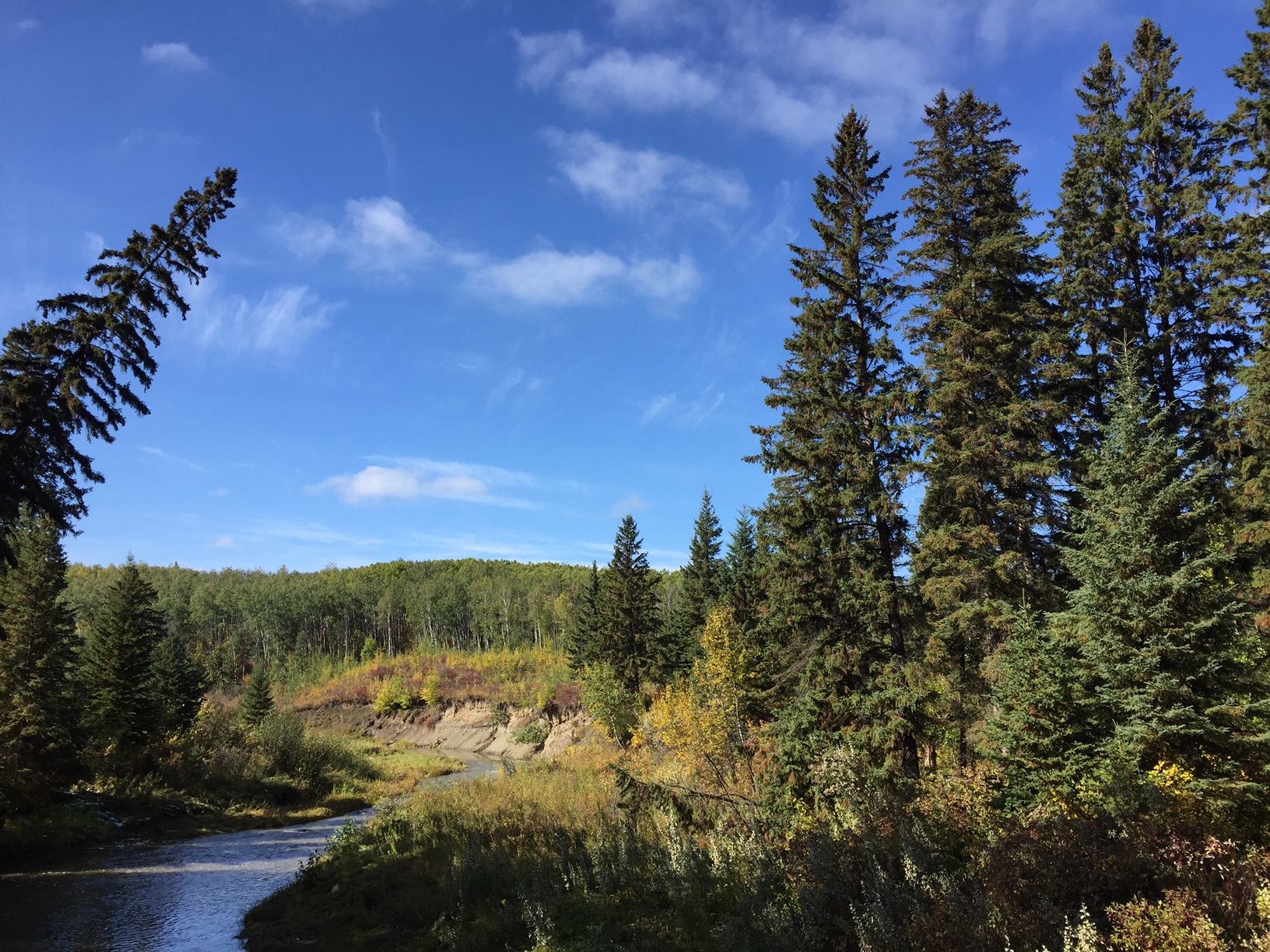 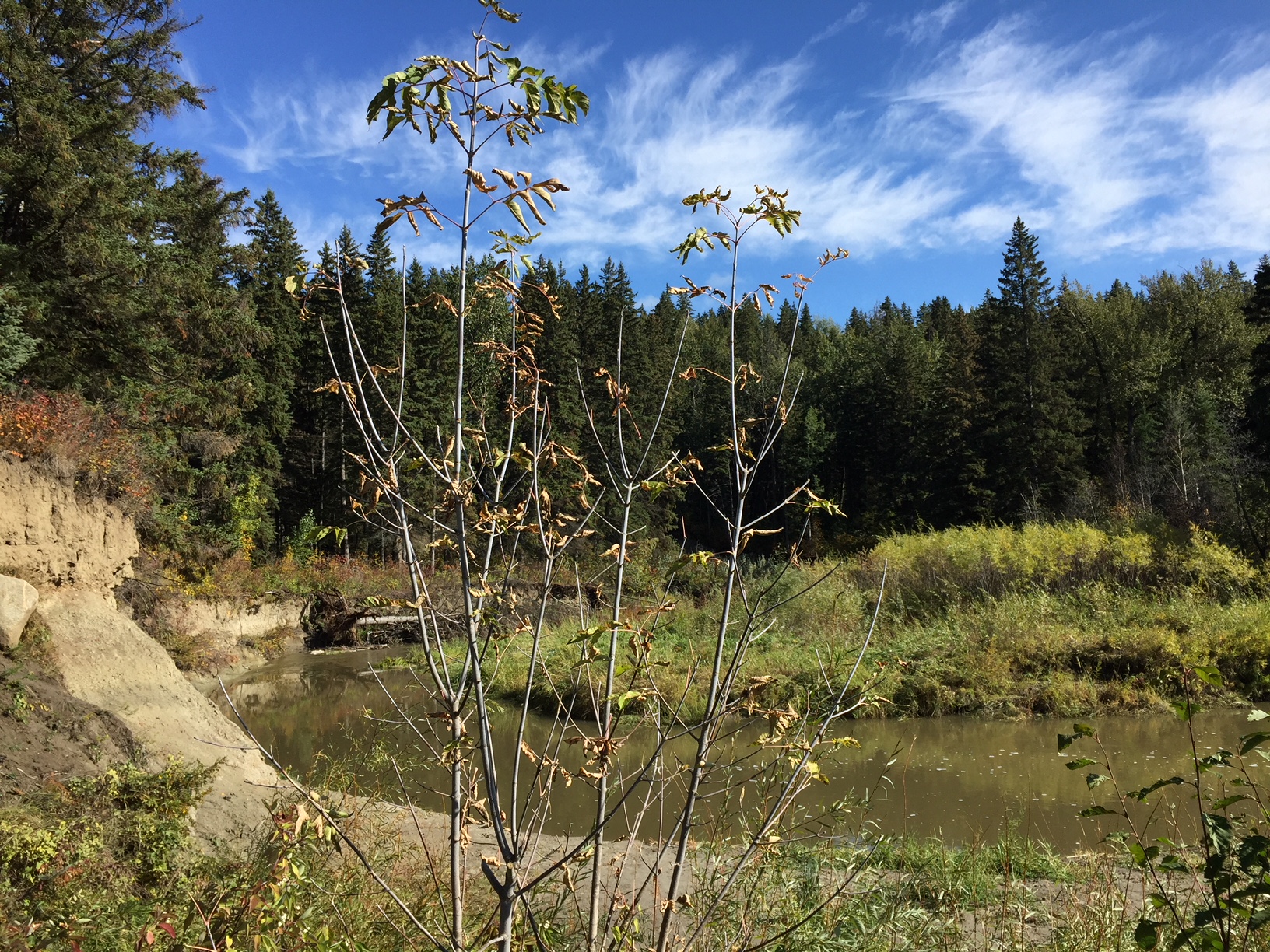