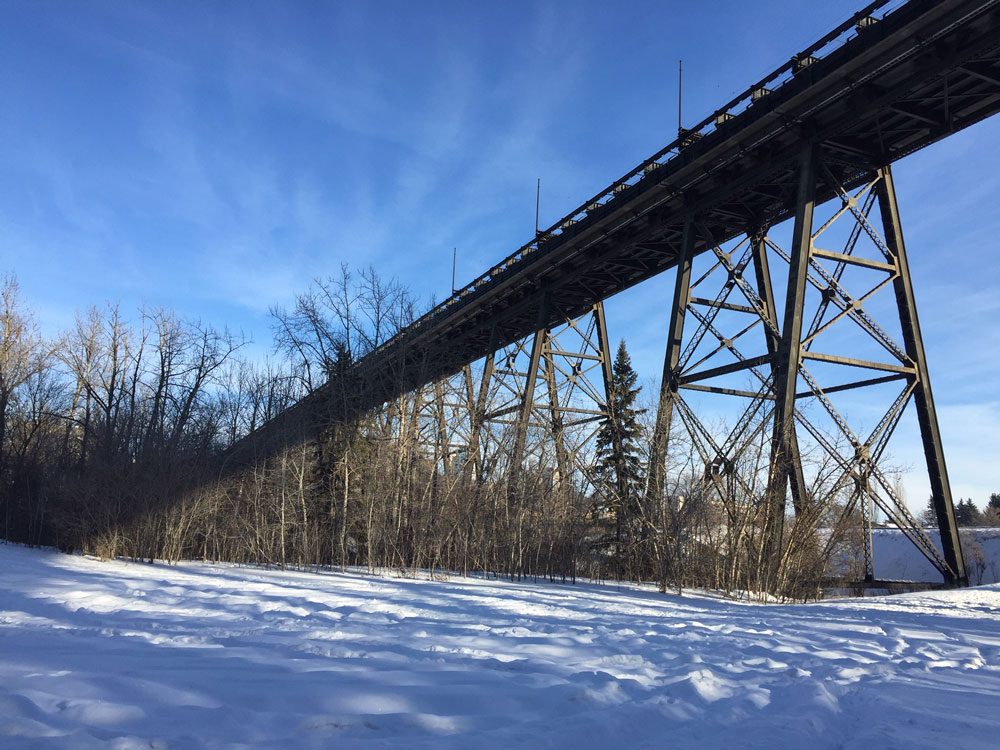 Below the High Level Bridge

A much-needed walk today at noon on a 55 minute loop through Emily Murphy Park. I blew a couple of opportunities to walk this weekend – stuff to do, I guess – but I knew it would be nice today as well, so I brought my spikes and off I went at lunch. The blue sky and sun were amazing, but down in the woods, it was pretty frosty. About -7C. Later in the afternoon, it was 4C. Although we are gaining light (32 minutes since the solstice) the days are still so short it takes a long time to warm up. Once I was walking up Emily Murphy hill, I had my gloves off. 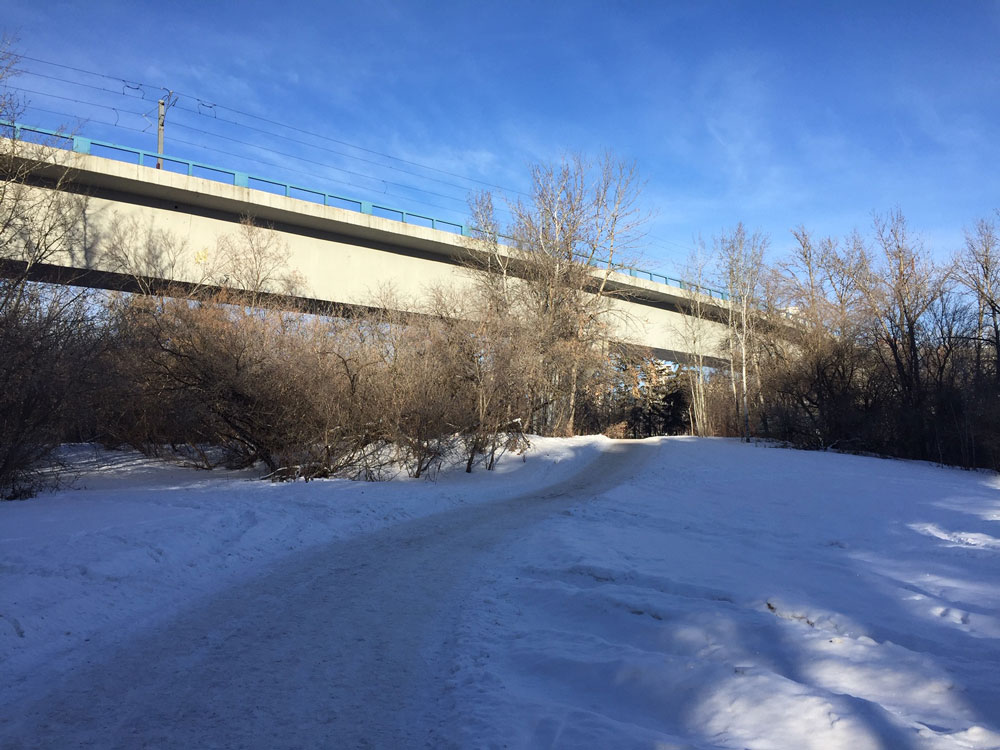 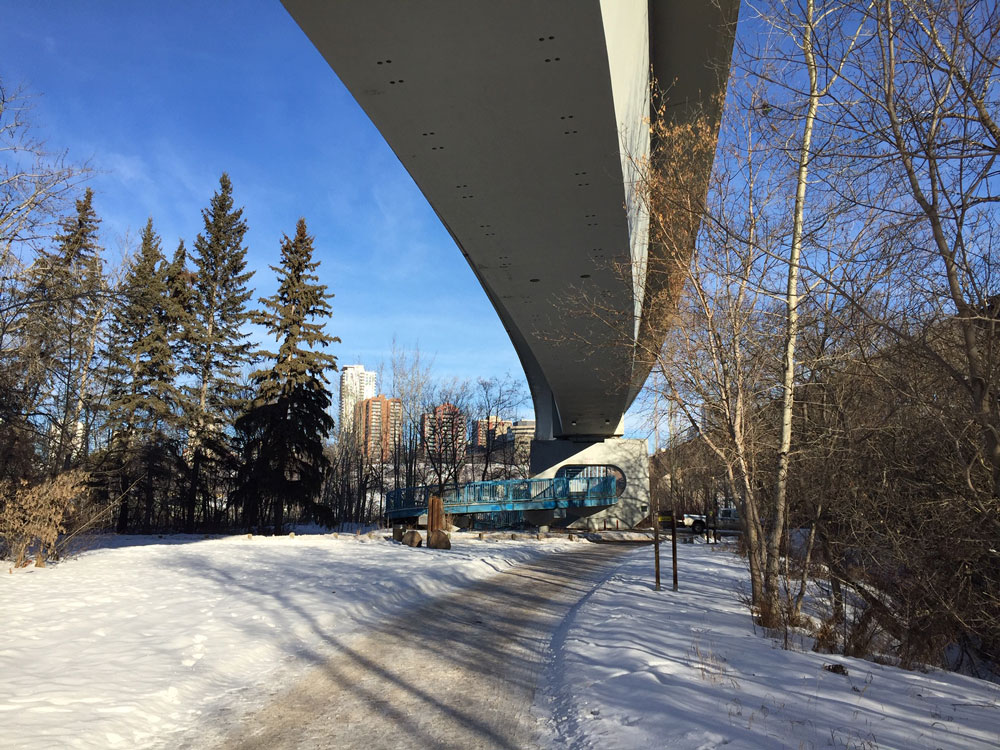 On the trail that runs parallel to the river, my phone died. The cold sucked its will to live. I know the feeling, but -7? I think I need a new battery. Or a new phone.

I didn’t walk much after Christmas. It was super cold, and as per usual, I was super lazy. On January 2, I was back at work, and we had a record breaking day at 7.9C! It was a drippy, beautiful day. I went for another lunch time walk just around campus. We’ve had so many freeze-thaw events it’s virtually impossible to walk in the river valley and ravines without micro-spikes. Or even the sidewalks some days. 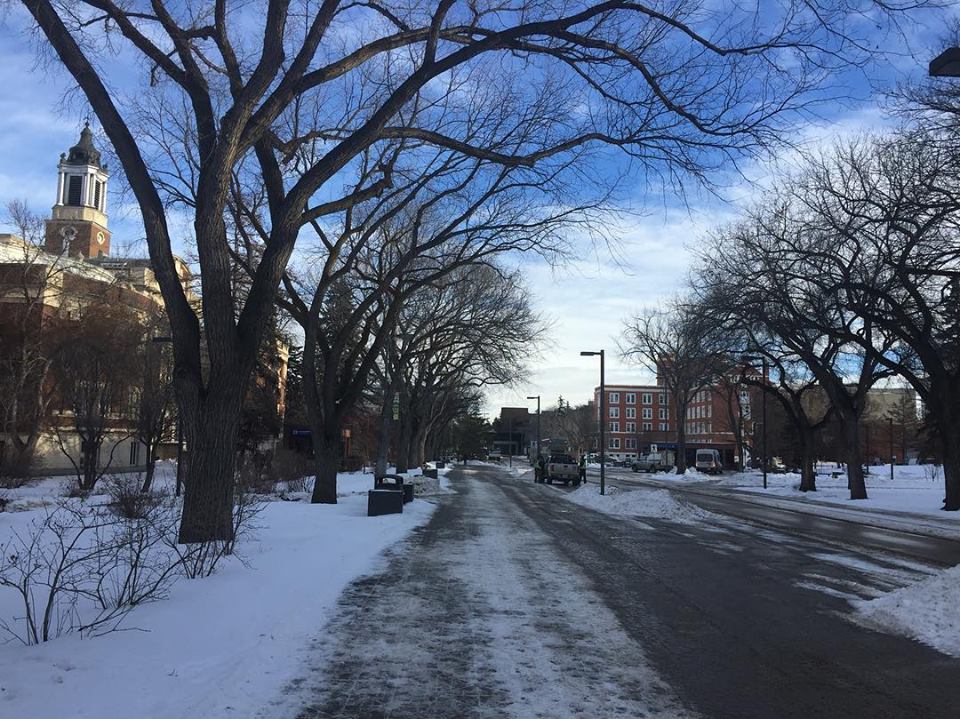 A January 2 walk around campus on a record-breaking day.