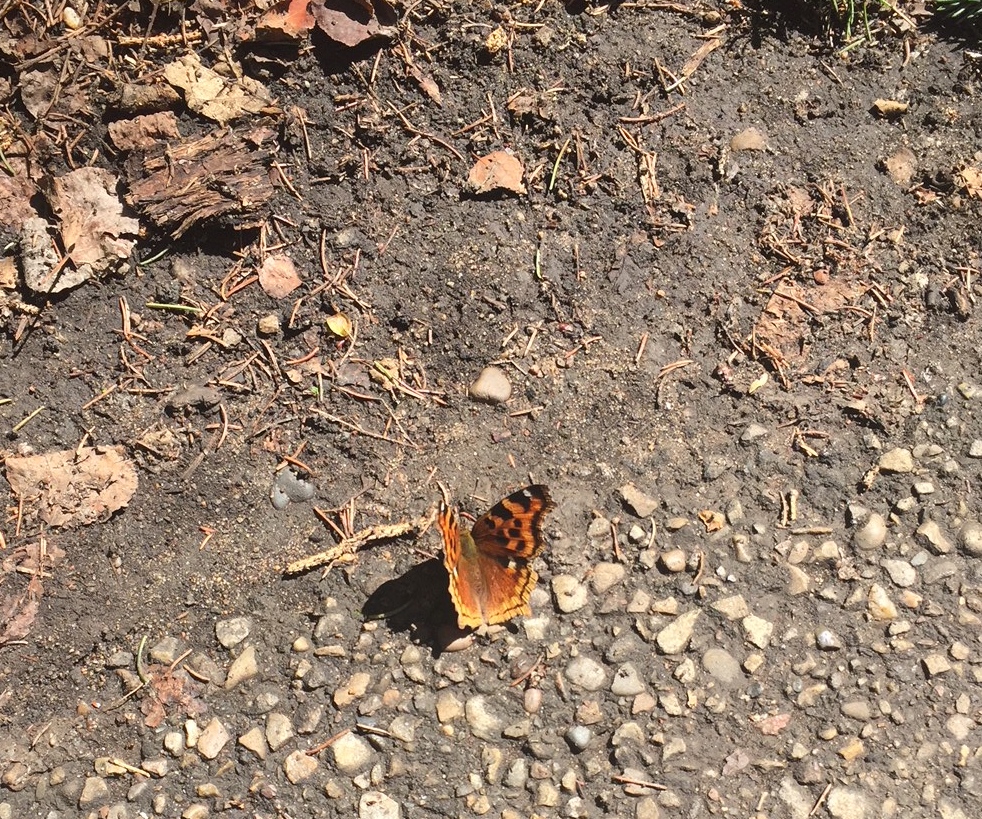 Another hot day, so I went for a walk around the university at noon. I underestimated a: the heat, and b: the amount of time it would take to walk a circuit from Tory, to the Groat Bridge, down River Road, across the LRT Bridge, and back up to Tory. Just a little over an hour, but I left at 12:15, so I was late getting back. And sweating buckets. It started out pleasant enough, but by about half way through, I was getting pretty toasty.

The entire walk, I was surrounded by butterflies. I don’t know what I did to deserve this honour guard, but I was grateful, and told them so. Come to think of it, maybe it was just one butterfly with a lot of determination.

On the Groat Bridge, I spoke to three cyclists about dismounting from their bikes (as they sped by me). A woman turned around and said, laughingly, they were “too lazy” to dismount, as the signage demands. It’s not an option! That makeshift pathway is extremely narrow, very loud, & cannot accommodate their laziness (as I said on Twitter later). Walking across Groat bridge is not pleasant, and I worry about getting schmucked by a bike. Where possible, I try to find an alternate route across the river. I also walked from the train to home after work, so in total about 13,627 steps. But then I bought some chocolate almonds so yeah.