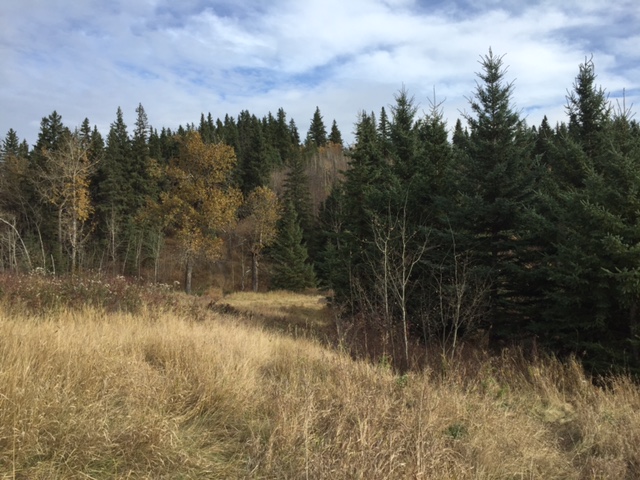 I gotta say, walking Stella is not without its stresses. I don’t entirely trust her, and she proved herself untrustworthy this afternoon. It’s a beautiful Sunday and so Whitemud Ravine was full of runny, yelly children. She barked at two of them, and lunged at one. The kid came from behind so I didn’t have a chance to rein in her leash. She didn’t make contact with the kid, but he did fall in the leaves. I felt really bad and really frustrated. Not sure where the parents were, somewhere up the trail I presume. 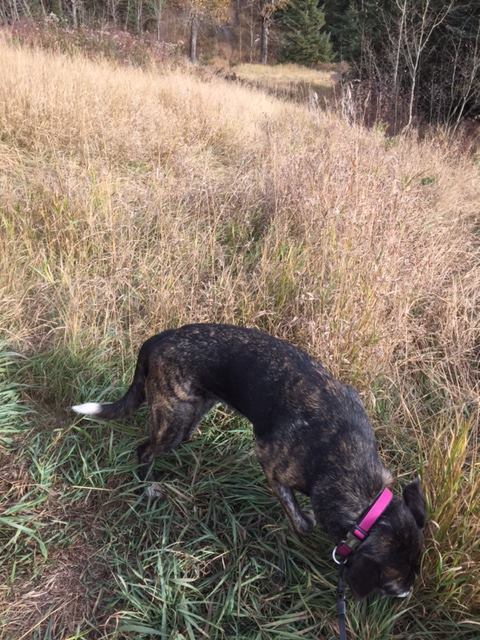 After that, I kept her on the shortest leash possible whenever we were around kids. I know that my nervousness is transferring to her, but I’m not entirely sure how to handle it. I think, as advised by Suzanne, when we come across unfamiliar dogs or children, she should be beside me on a short leash. Oddly enough, in an off-leash area, she’s amazing. Happy, and non-confrontational. She’s such a loveable dog, but still a work in progress.

Other than that, a pleasant walk in the very leafy woods.

It’s been a mostly beautiful October so far. Just that one snow episode in September, but nothing since, although other places in Alberta have had a lot of snow. 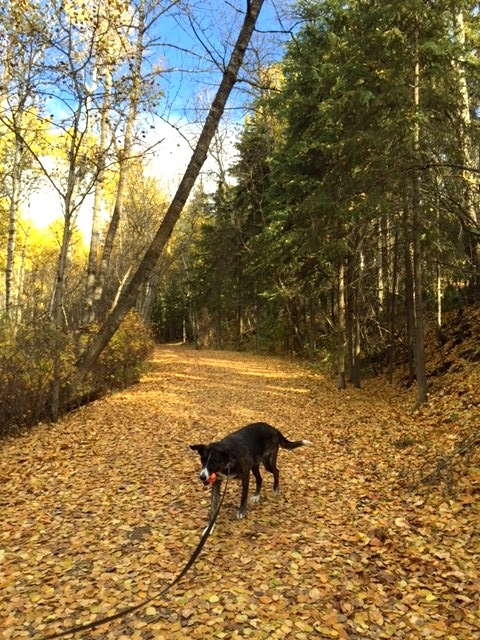