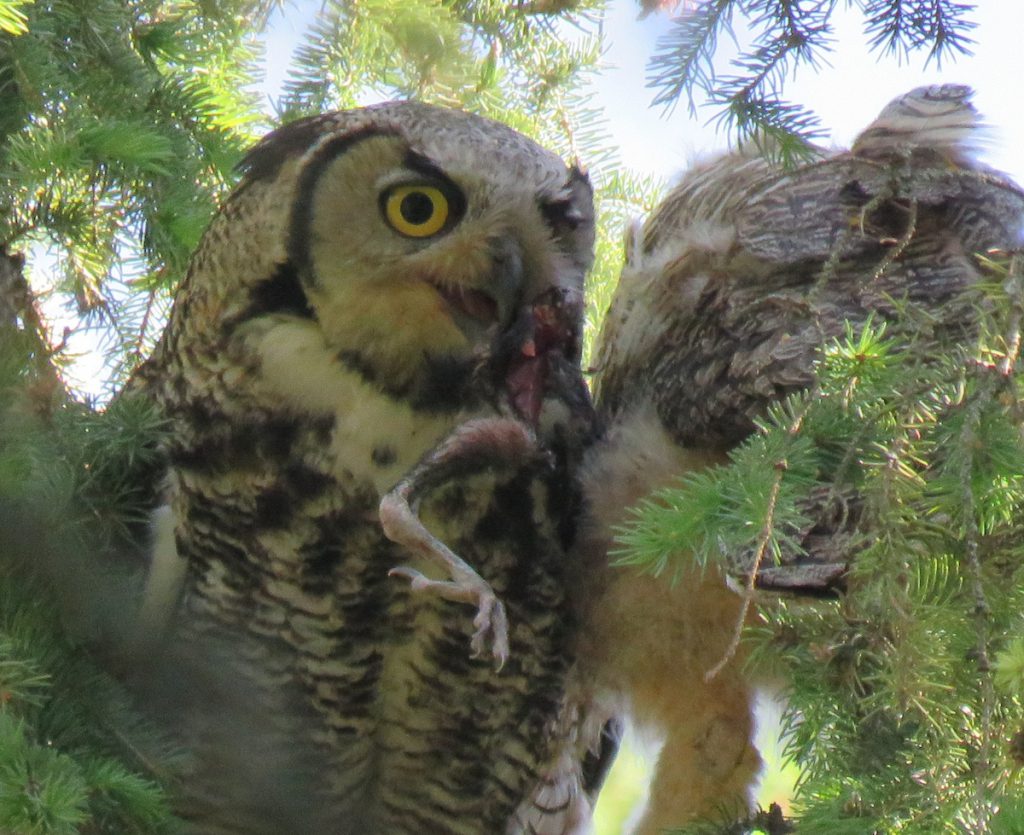 Once again, I am writing after the fact. Or, after the walk to be more exact. This particular adventure took place on Thursday morning, June 7. Knowing that I would be unable to go for long walks for the next several days because of Tom’s hernia surgery (now complete and successful!), I jumped into the ravine around 9:00, before the heat set in. 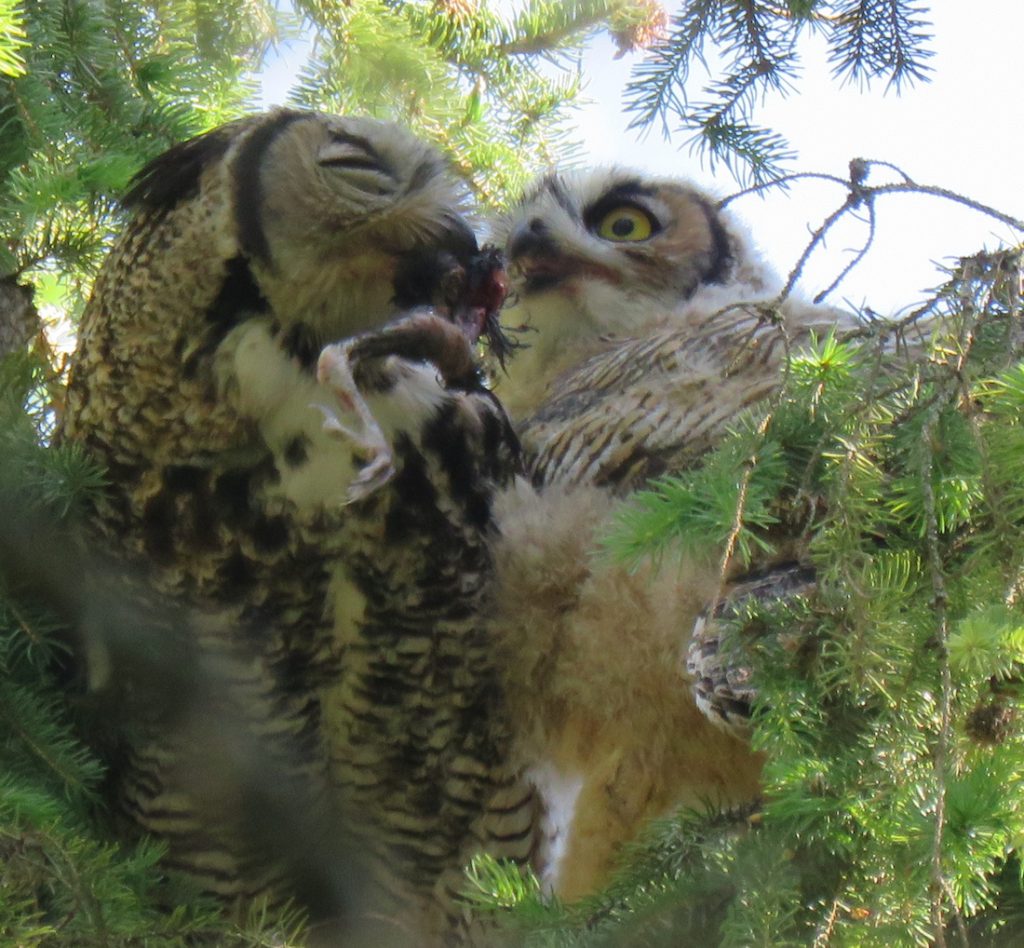 I entered via the stairs in Whitemud North, and while I was intending to walk all the way to Snow Valley, the trail was cut off about 3/4’s of the way because of bank re-construction. On the way back, while battling mosquitoes, I saw a guy with a lot of camera equipment pointed up into the canopy. I said, “owls?” and he said, “yes!”. He then helped me find the mama Great Horned Owl and babe enjoying a meal of something very dead. I think it might have been a squirrel since the claws didn’t seem that long. I didn’t actually see what they were doing because they were too far away, but my camera caught some awesome photos (for me)! Also, I’ve never photographed owls and have barely seen them in my 20+ years of trekking in the river valley and ravines. So yay. Big yay!! And thank you photographer dude for being so nice and helpful. 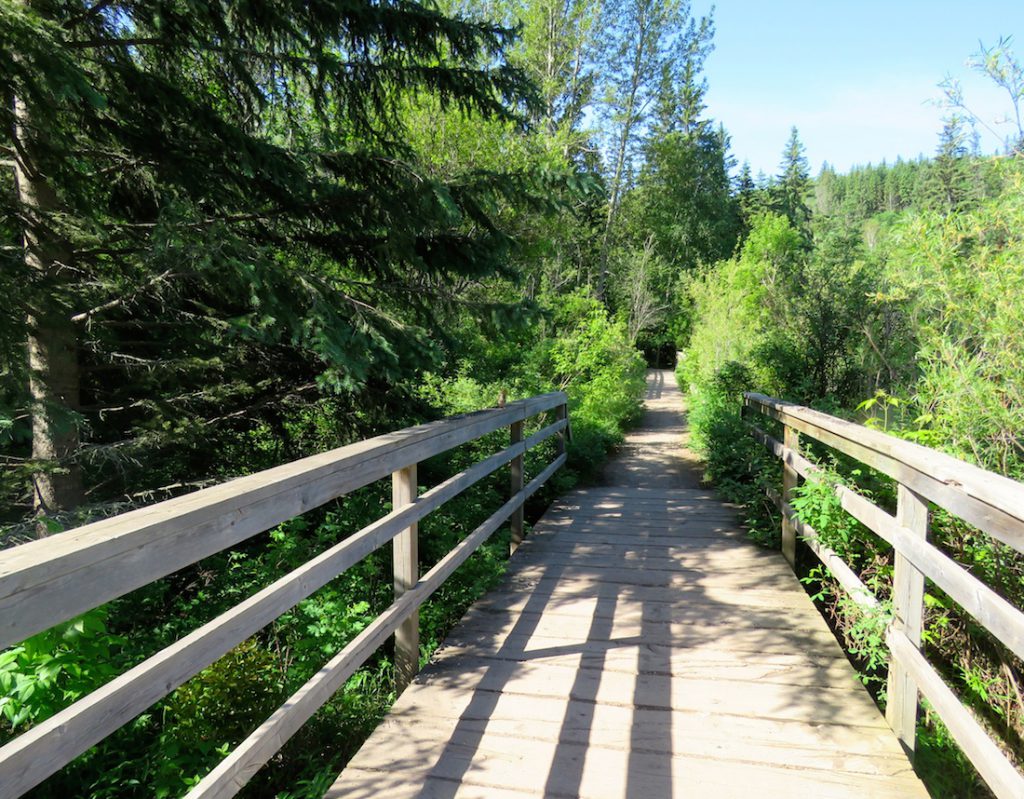 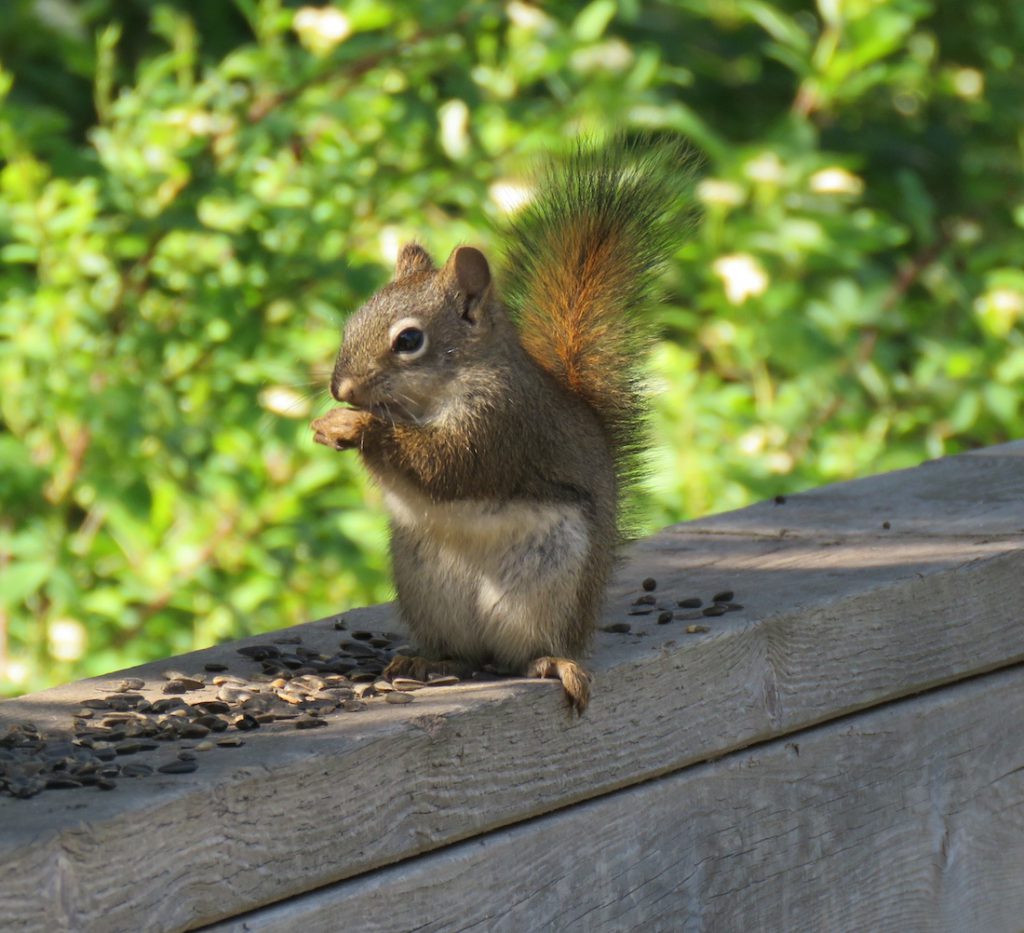 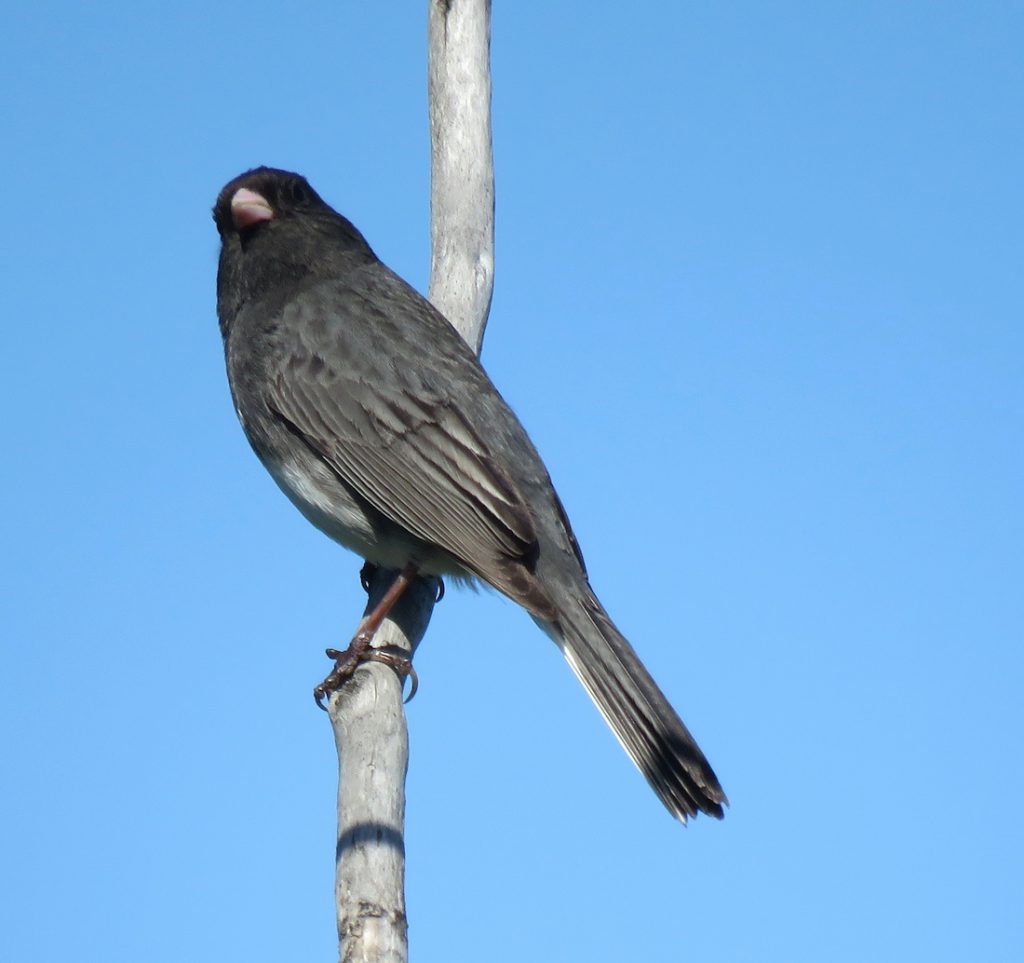