Coupla nice walks on Friday and Saturday. Friday, I walked into Hawrelak from work over lunch under warm, blue skies. Instead of walking along the peripheral path, I entered the park directly, to save time. As it was, I still spent too long watching the recently returned geese and ducks flying overhead, or wandering about the snow covered field. They were probably disappointed that the lake was still frozen but a few managed to find some open grass near a tree. They weren’t too happy about my presence in spite of the fact that I promised not to steal their turf. 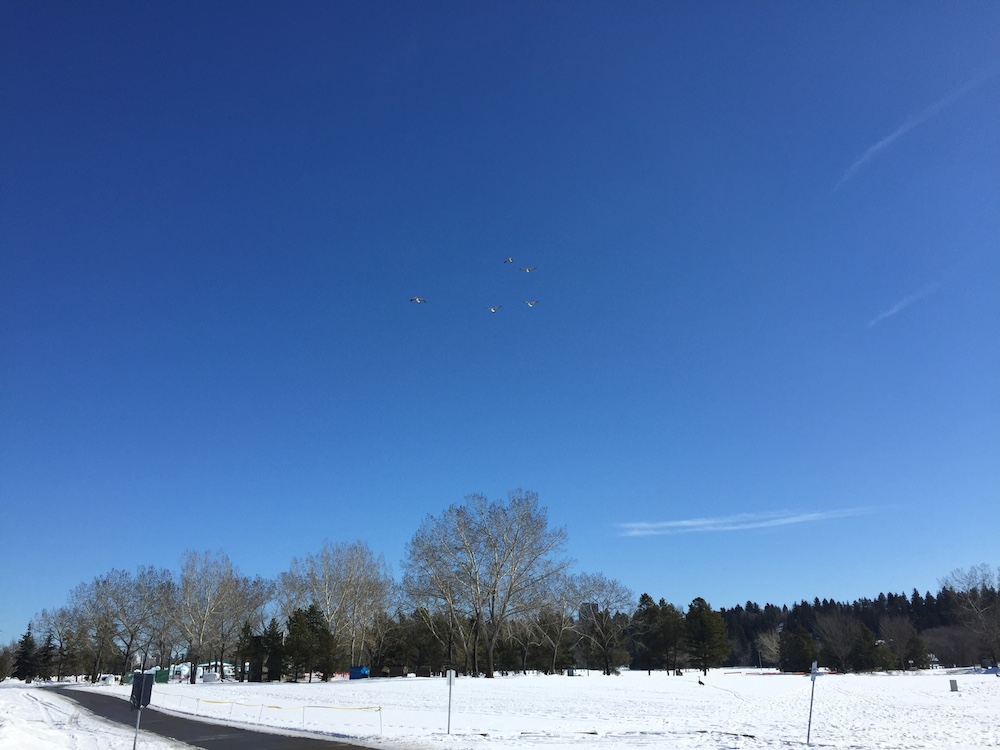 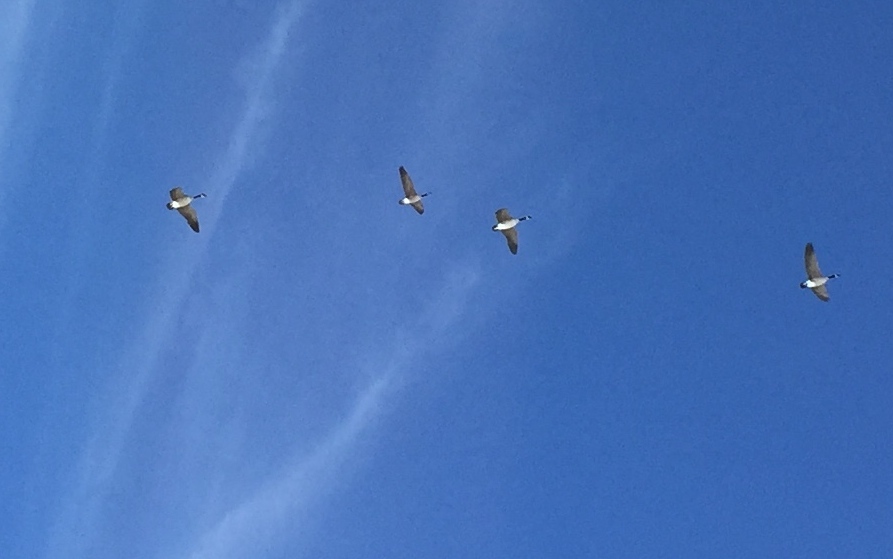 On my way to the water, I spotted three polar bear snow sculptures. They were very well done and very beautiful. You never know what you’re going to find on a walk.

Saturday, I drove over to the Westbrook trail head and ventured into the woods, micro-spikes on foot and camera on shoulder. Another gorgeous day. Within minutes, I had a couple of chickadees eating seed out of my hand.

It’s snowed a lot in March, so the landscape in the ravine is still predominately white and pristine. The creek is open, however, and is its usual spring puke-yellow colour. Particularly enjoyed the waterfall (Whitemud Creek waterfall) by the Rainbow Valley entrance where the creek was damned by ice and the water was flowing furiously over into bubbling water. The water on the other side of the bridge was completely still.

Later that night, after the hockey game, the weather turned ugly. Slashes of rain/snow and crazy winds. And I was driving. By Sunday evening, the snow that fell Saturday night has melted, but we still have a long way to go. It’s been a crazy March. Much colder and snowier than last year. This week should be nice, so more lunchtime walks. 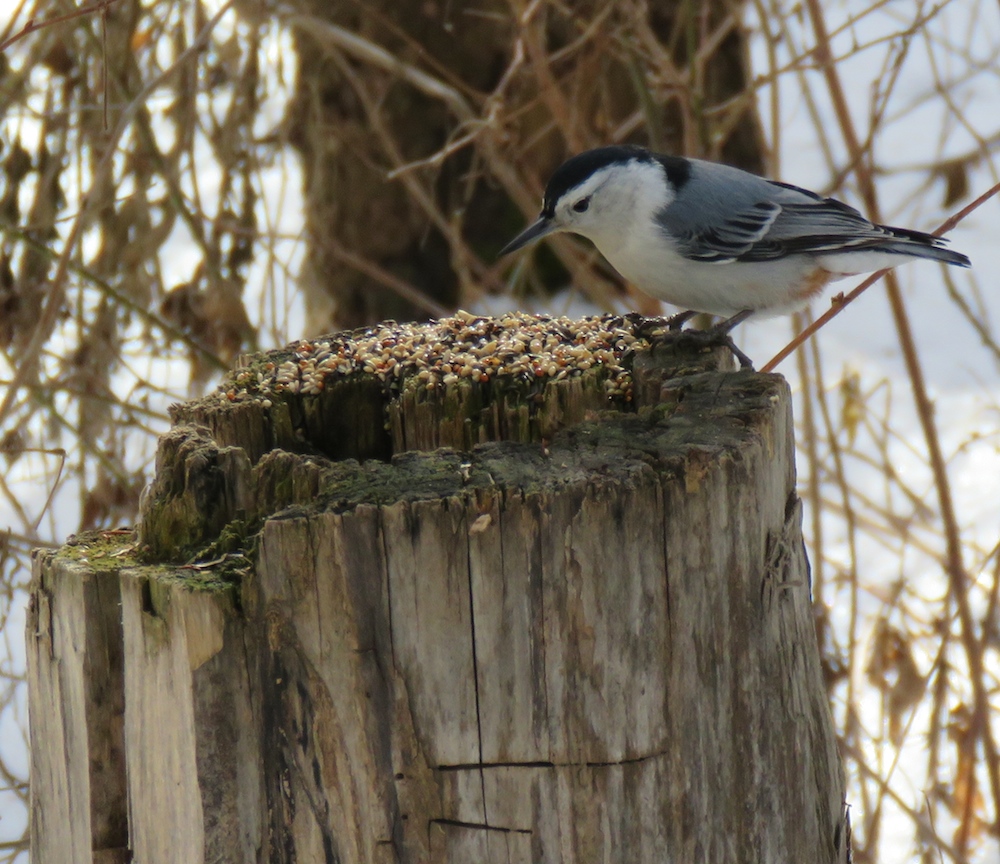