A BEAUTIFUL day! It’s like the end of May. Warm, fragrant and green. Early green. But still green. We went a-froggin’ in Whitemud Ravine. I noticed that last year at this time I took a bunch of photos of frogs in one of the bogs. Last week, there was neither water nor frogs (that I could hear) in Mill Creek Ravine, and today in Whitemud, the first bog was too dry, but the second one closer to Rainbow Valley Road had lots of frogs. We couldn’t get close enough to see them, but their love-sick frog songs were lovely.

Later, I spotted a squirrel in the tree-hole, the place of strange offerings and treasures. The hole was full of seed and the squirrel was shoveling as much as possible into its mouth, turning around to get the seed, and then eating it in front of us. When he left, I placed a few peanuts in the hole. Seemed like the right thing to do. Party on squirrel.

The sounds and smells in the woods today were magnificent. 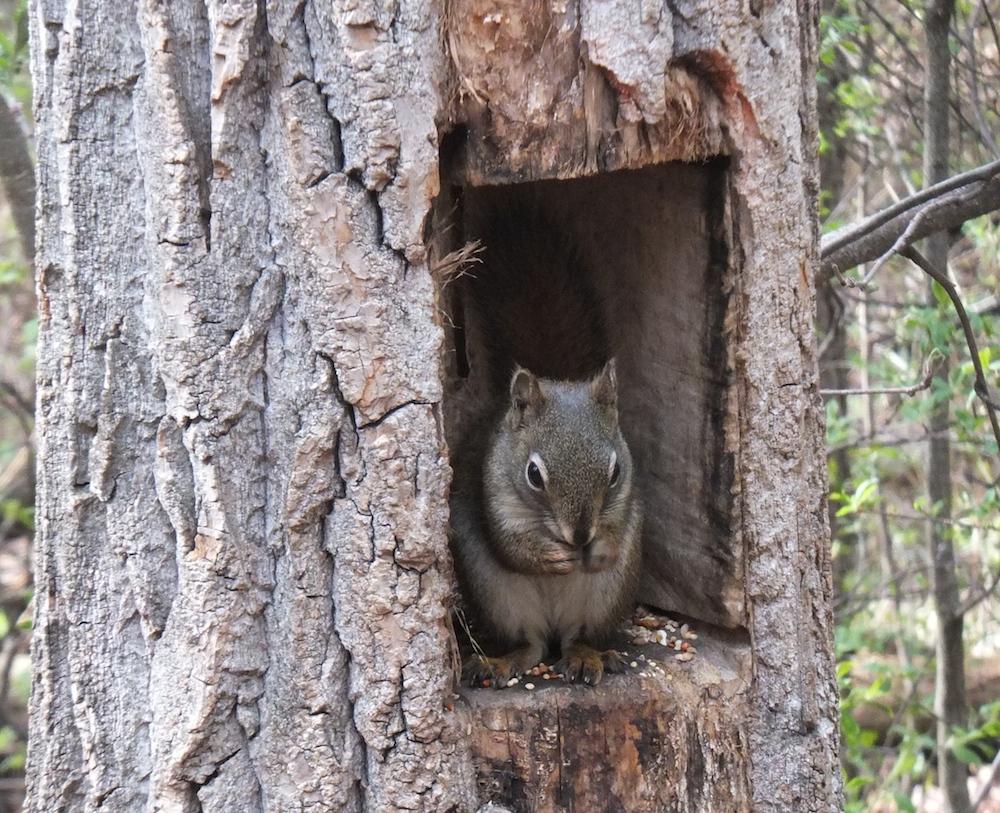 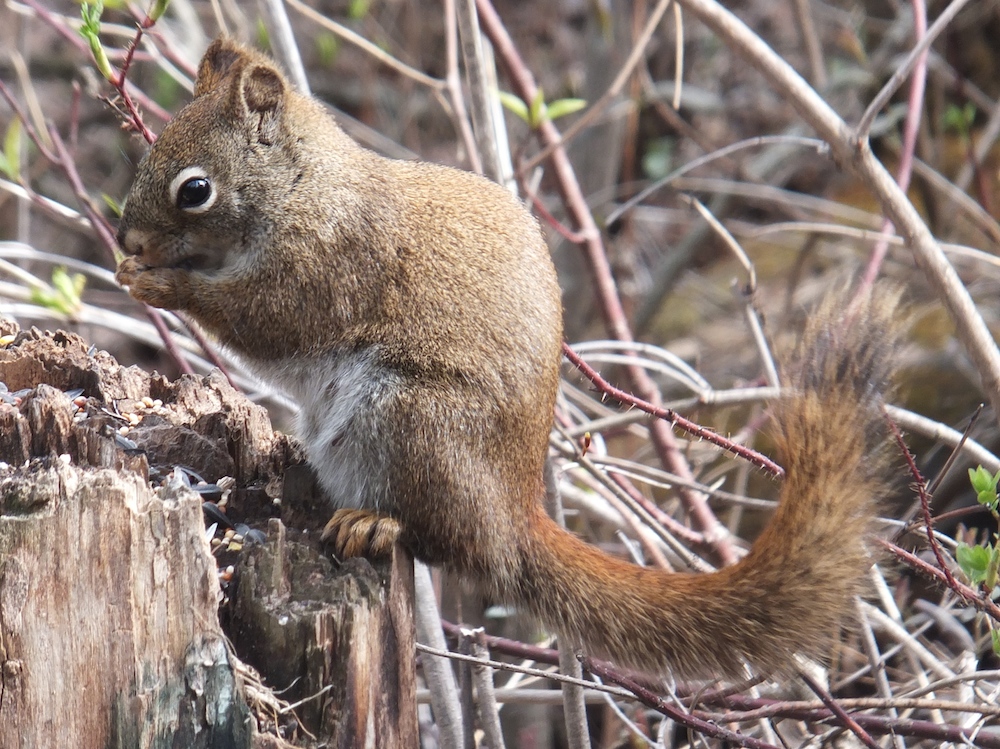