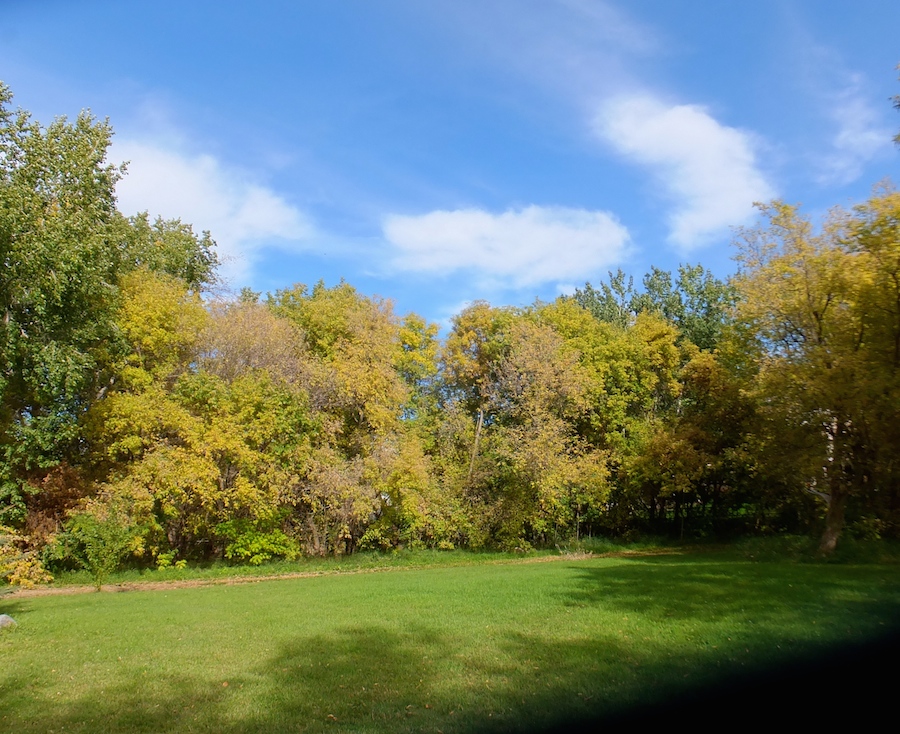 Near the Fort Edmonton footbridge

September is often quite nice, but we’ve had a chilly, cloudy month so far. Boo clouds. Go away. Yesterday however, was beautiful. Sunny, warmish, a reminder that summer is not yet over. I feel so uplifted by a blue sky. 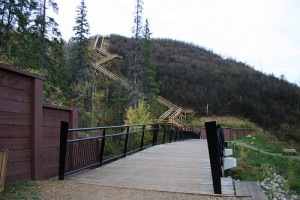 Walked the Fort Edmonton path to the gorgeous footbridge and beyond. I think that short trail north of the bridge is called Patricia Ravine, with its hellacious stairs leading to Wolf Willow. We walked along the monkey path for awhile, which is overgrown and in spots, quite wet. At the end, there is a type of hoodoo-like hill, which we could have taken I suppose but I opted for a bike path running alongside it. That only took us so far. The path drops off dramatically, and with the muddy conditions, too precarious to attempt. Happy that Tom tested that theory. Even happier that he lived to tell the tale. 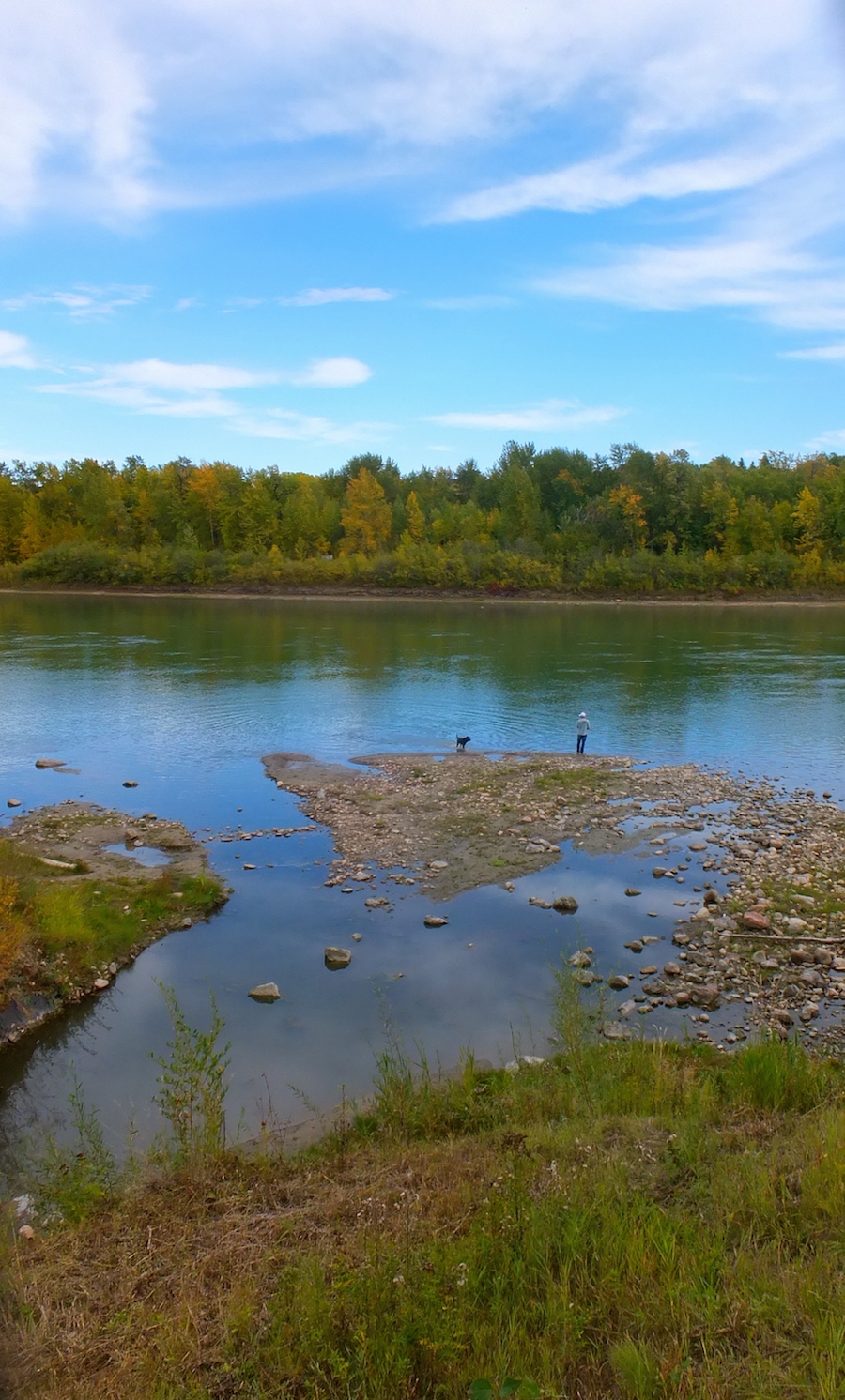 View from the north side of the footbridge

Once again the river was spotted with canoes and the trails were full of walkers and the occasional biker. One guy and his kid (on bikes) narrowly missed a falling (and very large) branch, which could have resulted in lethal accident had it bonked them on their heads, or ours. Friday it was a cougar in Glenora, Saturday a branch-flinging tree. Nature is dangerous, man. 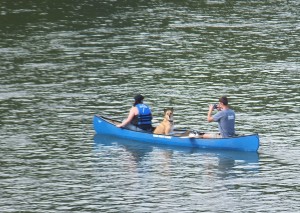 Funny how that trail seems so much shorter now that Maggie isn’t with me. I say that with sadness, but also with the acknowledgement that dogs stop and start, and need regular dips in the water, which can make a trail seem longer than it actually is. I was always so conscious of her physical state. Sometimes she’d be into a longer walk, and other times I could feel her anxiety. Now, she’s just content to wander from one comfy spot to another, but still likes to play around in the yard. I miss her doggy presence, but it was nice to see at least as many dogs on the trail as people, and even one in a canoe. Dogs are calming. Cougars are not. 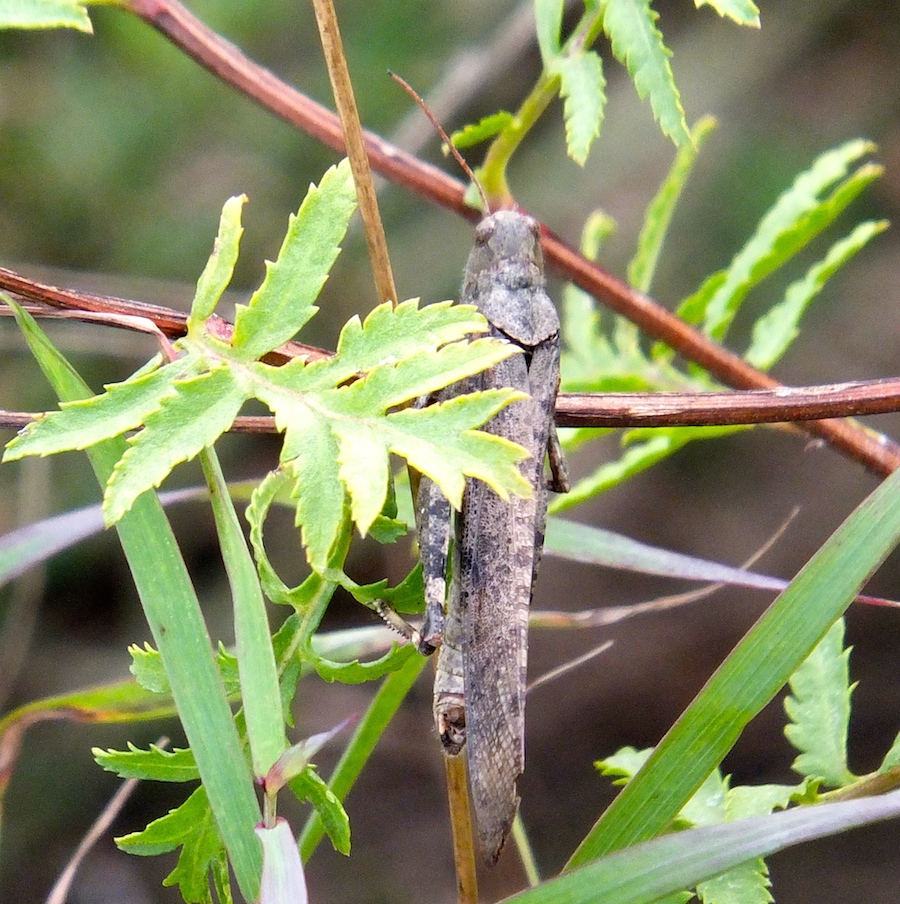