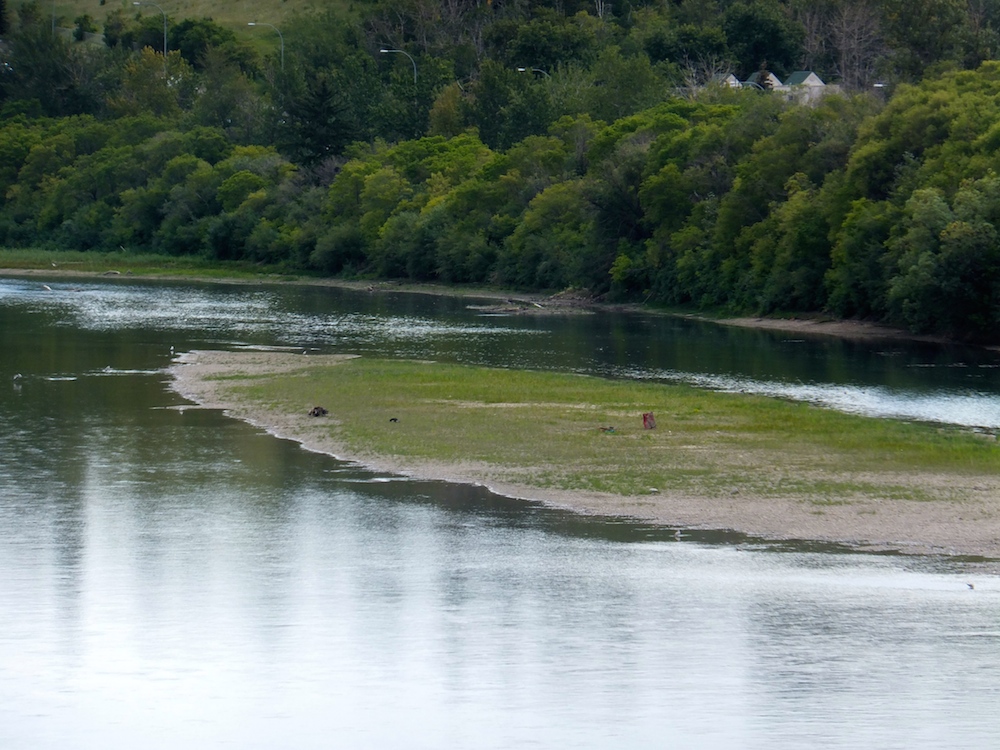 Most of my walks are solitary, but occasionally, someone will accompany me. Today, it was Tom – a fellow river valley enthusiast, and in every possible way, great company. We walked from Skunk Hollow to Louise McKinney, ending in Mill Creek Ravine. It was a cloudy day, but by the end, hot and sunny. A perfect day for a walk.

We walked east of the footbridge for awhile, to get a better look at the detritus on Seagull Island, which appeared to be a couple of Red Things. That island is usually only visible a few weeks each summer, as the river level drops. This year, for the first time that I can recall, the island has been up long enough to turn green. That’s a bit worrying. We’ve had so little rain this summer. Good for the seagulls, I suppose. As we got closer to the island (which has no official name – just the obvious one…), the Red Things turned out to be nothing spectacular, just a traffic barrier and some metal garbage that either washed up on the ‘shore’, or was brought over. Among the garbage and the seagulls, I saw a tiny bird wading in the water near the edge of the island. Turns out it’s a spotted sandpiper. Not sure I’ve seen one of these guys before. I didn’t get a great photo, but enough for identification. 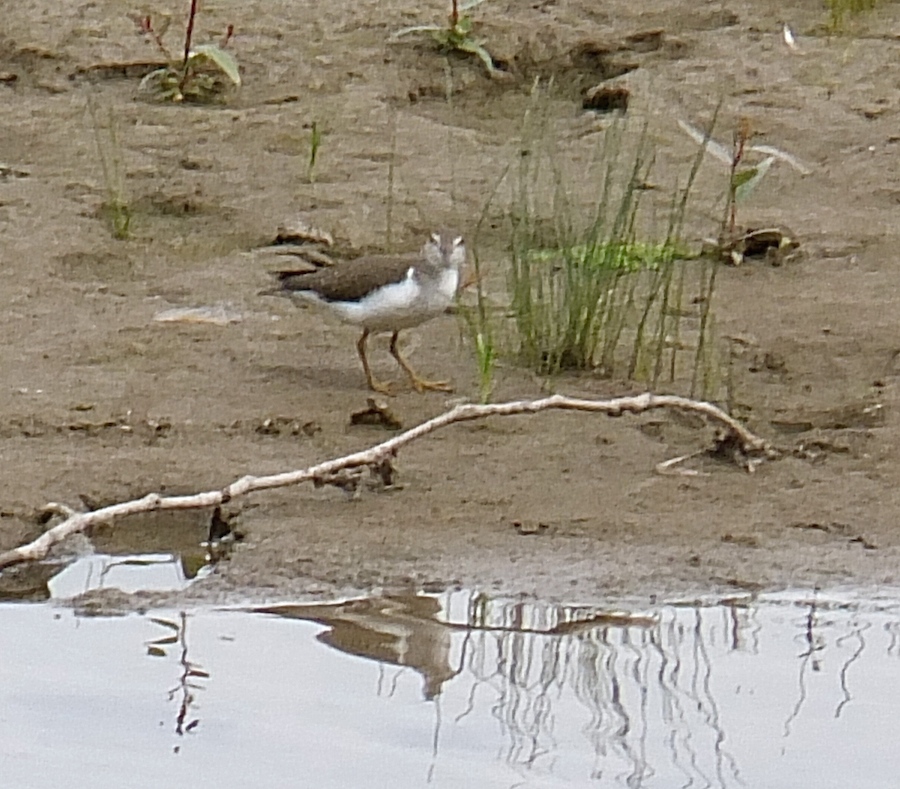 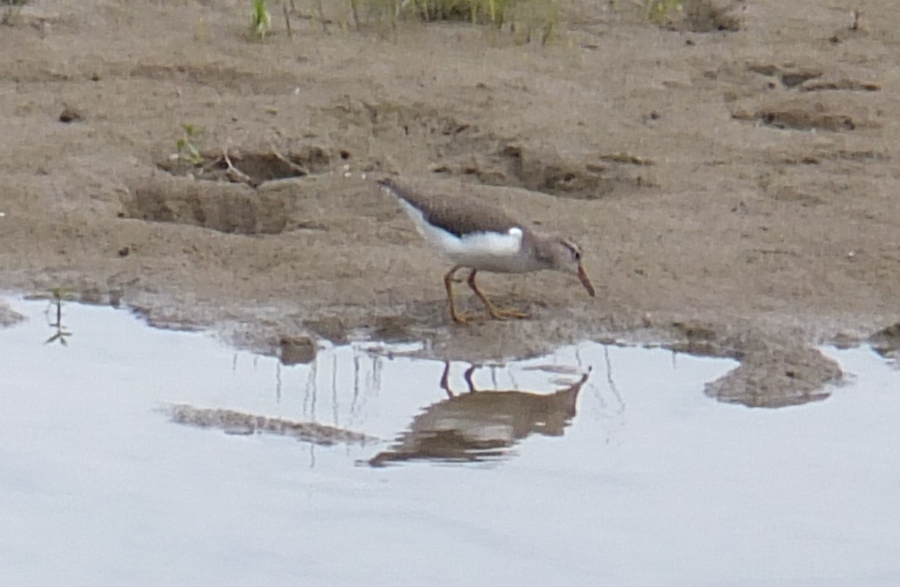