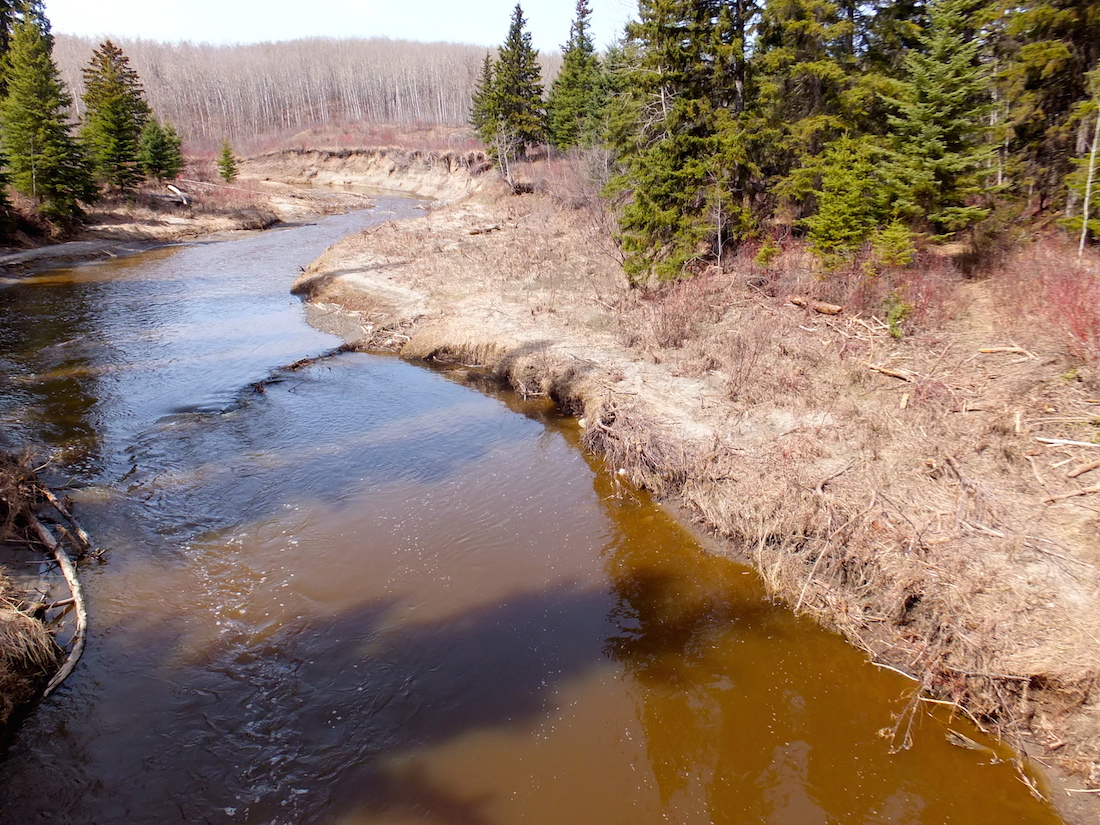 Whitemud Creek -after the flood

Incredibly gorgeous day. The hottest thus far this year at 22C! Spent the morning in the garden raking stuff, and the afternoon in Whitemud Creek doing stuff with Maggie. We drove over to Aspen Drive to avoid a long walk into the ravine, which tires her out. By the ravine, there was a sign saying it off limits due to flooding. Strange. As per usual, I ignored it. Between the second and third bridge, near the boardwalk, there was indeed signs of a flood. A big one. Along the creek, a fair amount of damage on the bank, and parts of the boardwalk were broken. Mill Creek often floods in the spring, but I’m not as familiar with the peculiarities of Whitemud. It’s just weird because I walked along the North Saskatchewan yesterday, and it wasn’t high. We had a lot of rain a week ago (30mm), but not enough to flood a creek, I would think. In any case, Maggie enjoyed the remaining pools of mucky water. Many, many times. First time to have a wet, smelly dog in a hot car. Also first time to use the AC, although I eventually opted for open windows to better circulate the stink. 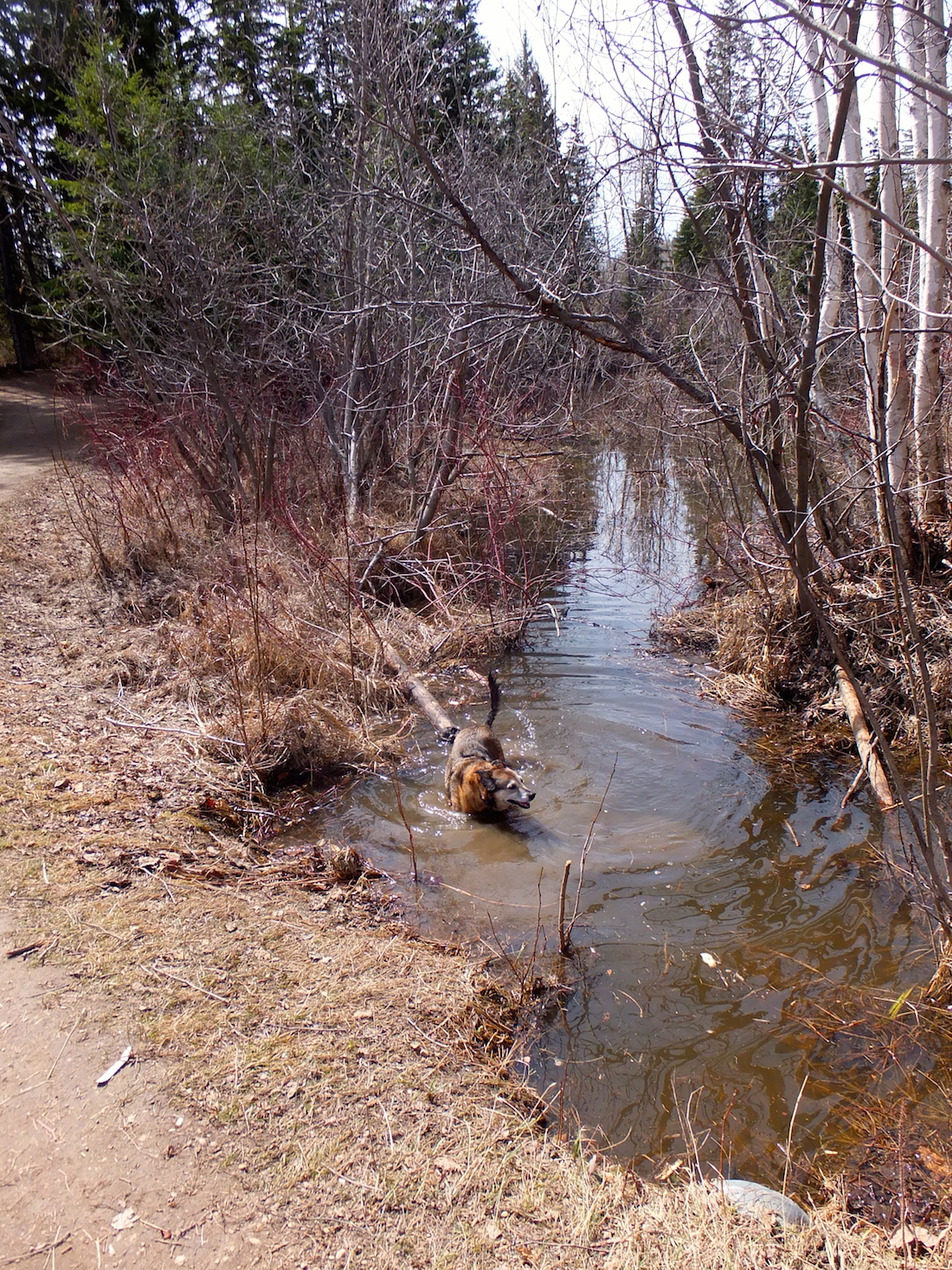 Saw a couple of ducks (Common Goldeneyes) on the water, and tried to get a photo, but all of them were blurred. Stupid ducks. Stupid photographer. I think I also saw a beaver, but just his head. I’m sure the Whitemud beaver population are rather busy (as beavers, maybe) putting their homes back in order. Stupid flood.

Yesterday, I walked from the University to Rossdale and Louise McKinney Park. All is as per usual, which is to say, beautiful. With this warmth, and the constant birdsong, it’s discombobulating to look around and see unfoliated woods. Tomorrow is May. By the end of May, it will be a transformed landscape. Yum. 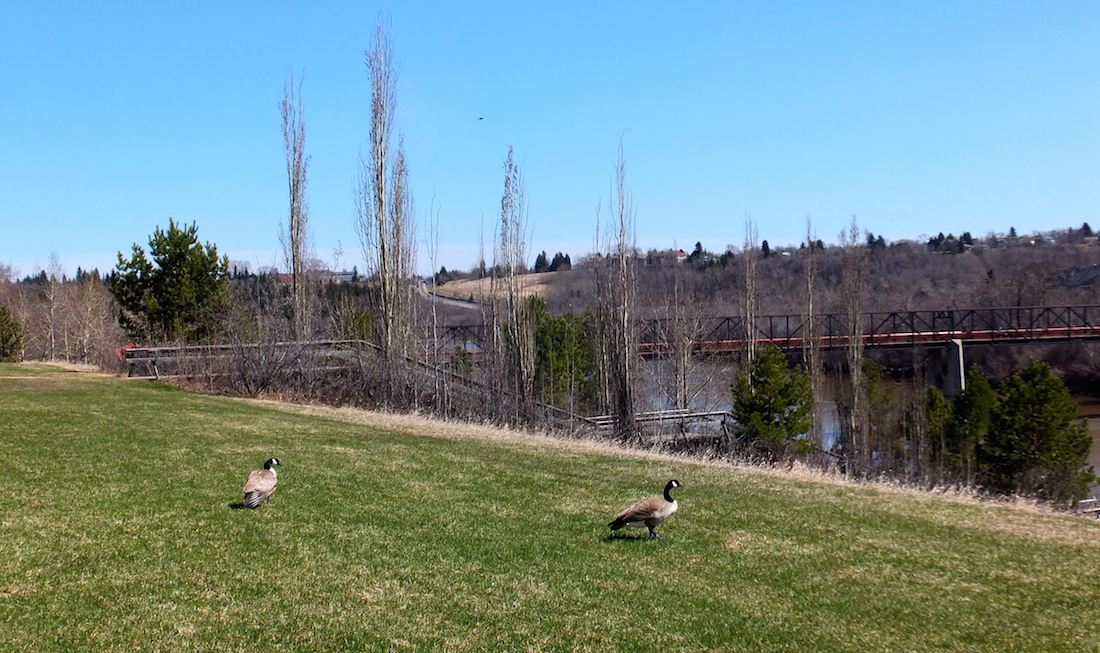 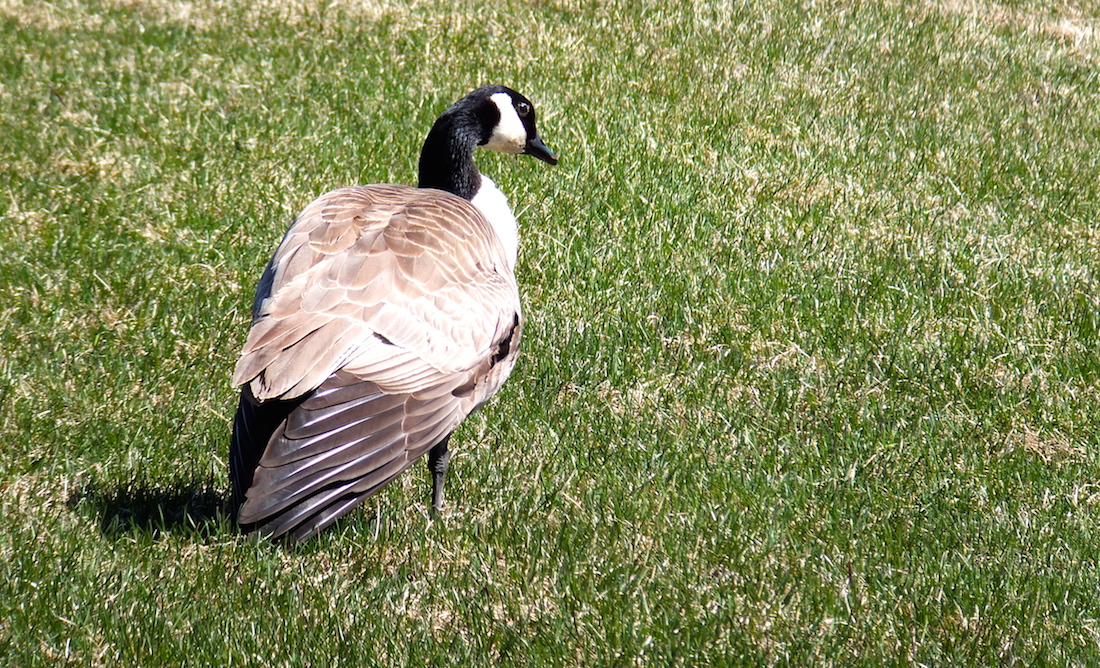