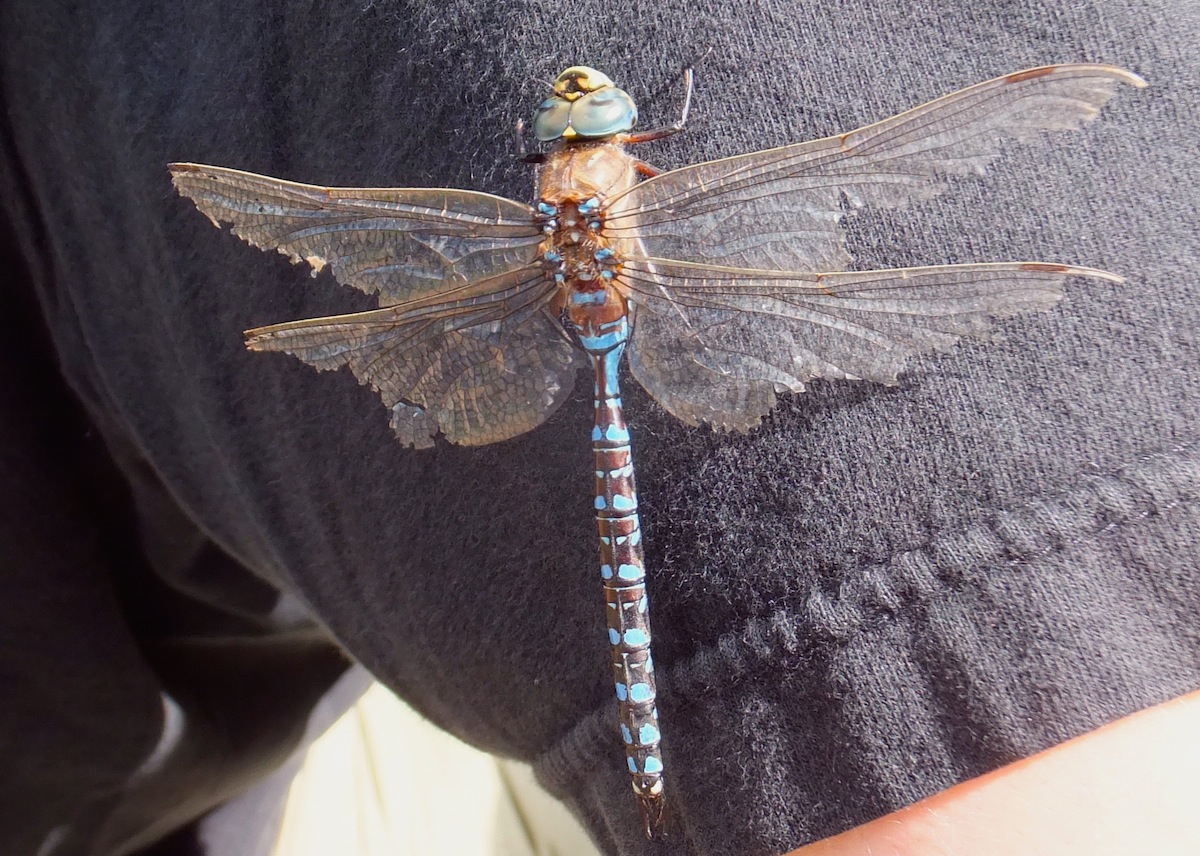 A beautiful morning walk in Elk Island Park. No elk, but a few bison way off in the distance. We also saw some wood frogs along the side of the trail. Autumn is beginning its descent, but it’s discombobulating because there’s no fall smell yet. The ground cover, with all the red and yellow leaves, looks like fall, but the sun is too warm and the woods smelled like rain, not rotting aspen leaves. Last day of August. Fall is just around the corner.

Lunch at a picnic table attracted a few wasps, who lost interest (oddly enough) in our feast of cheese and flattened bread (thanks Maggie) after a few minutes, and a dragonfly which sat on my brother-in-laws’ arm for half an hour. It was fantastic to be able to see such an amazing creature up close for so long, but we figured it was probably dying. The wings were ragged, and the poor guy had no oomph. It just sat there on the ground when we were packing up our things. Nice to think it spent its final hour in the company of those who appreciated its beauty and summer-long mosquito eating service. 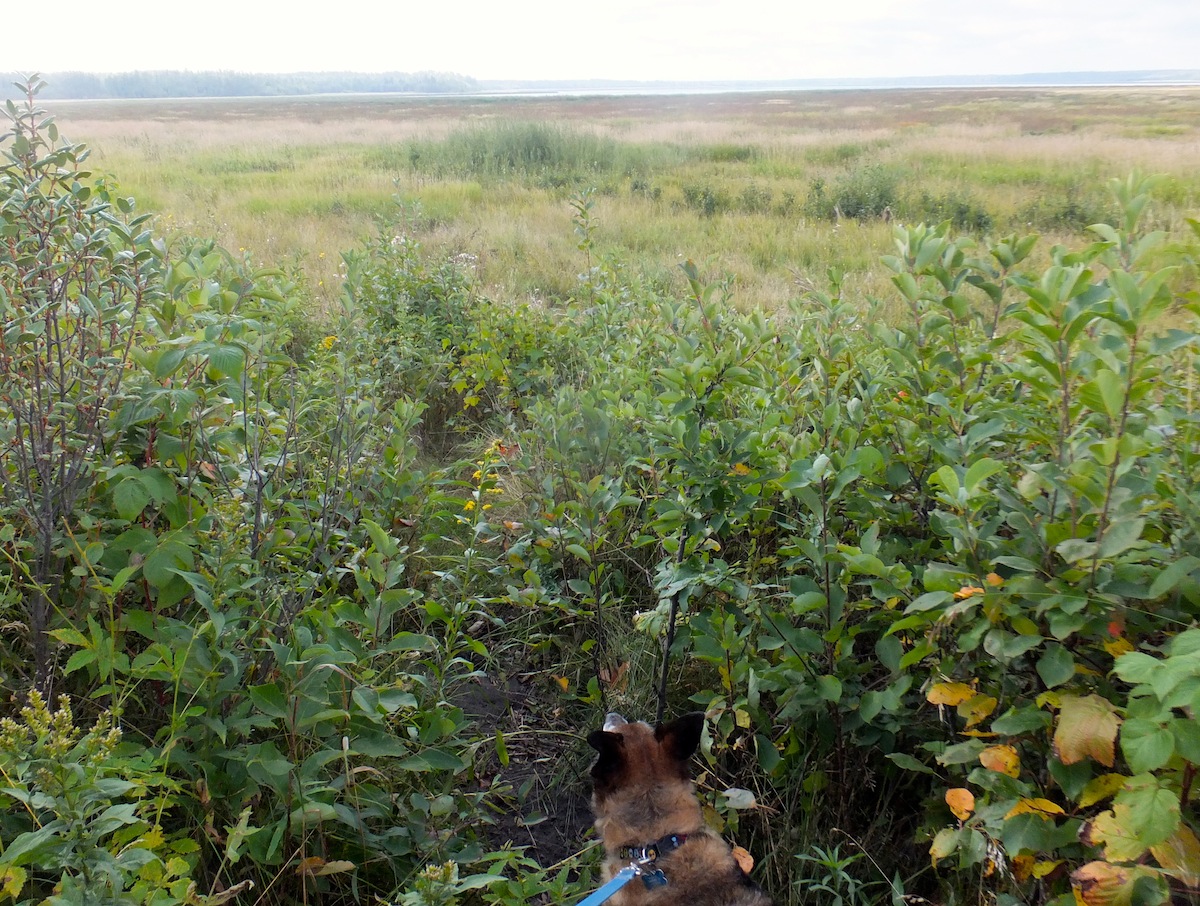 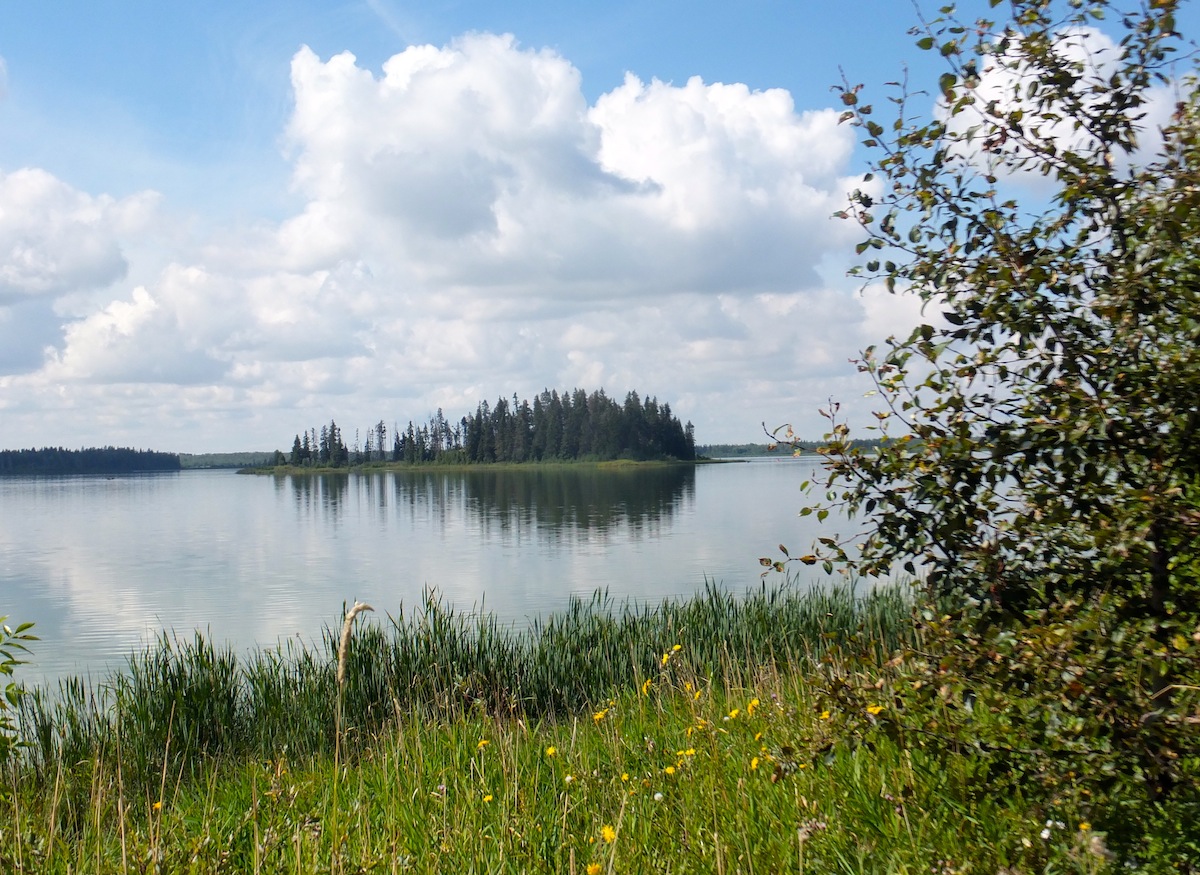