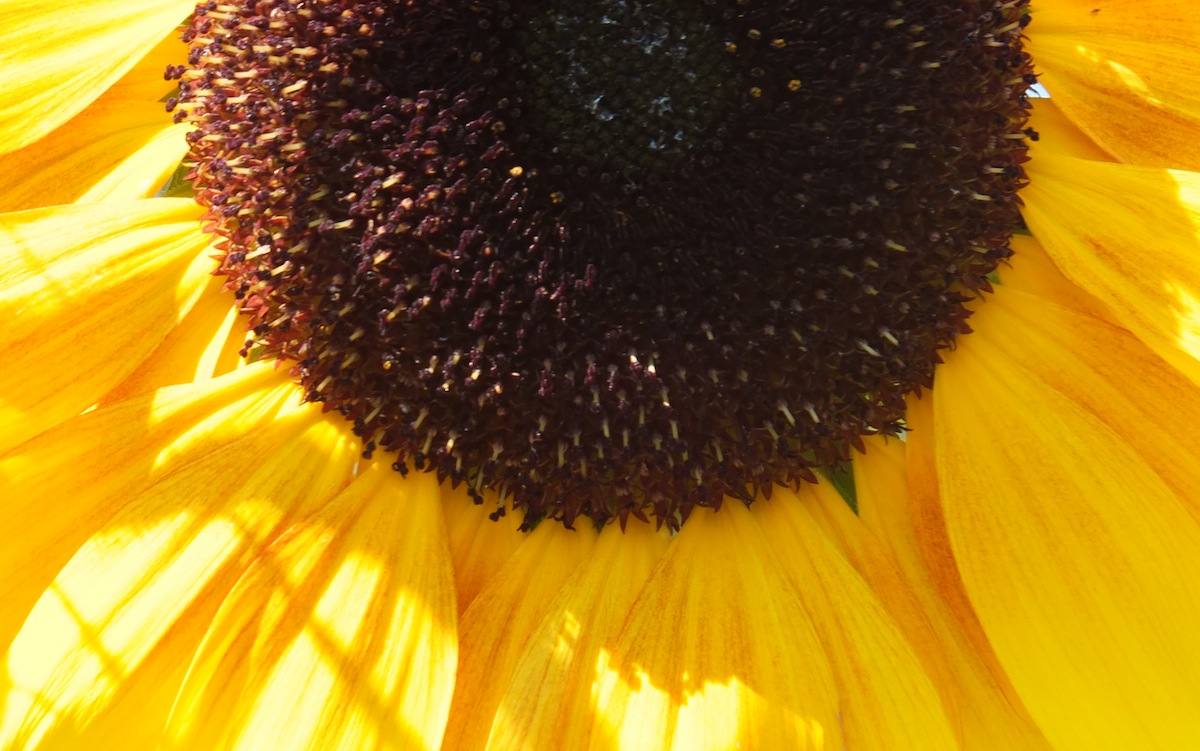 This post belongs to yesterday, but I ran out of time. Or something. I’ve not packed in a lot in since my voluntary severance last Thursday. I watched the first season of the Bionic Woman, and bought a stack of classic novels. That’s about it. Walking, yes. Always. 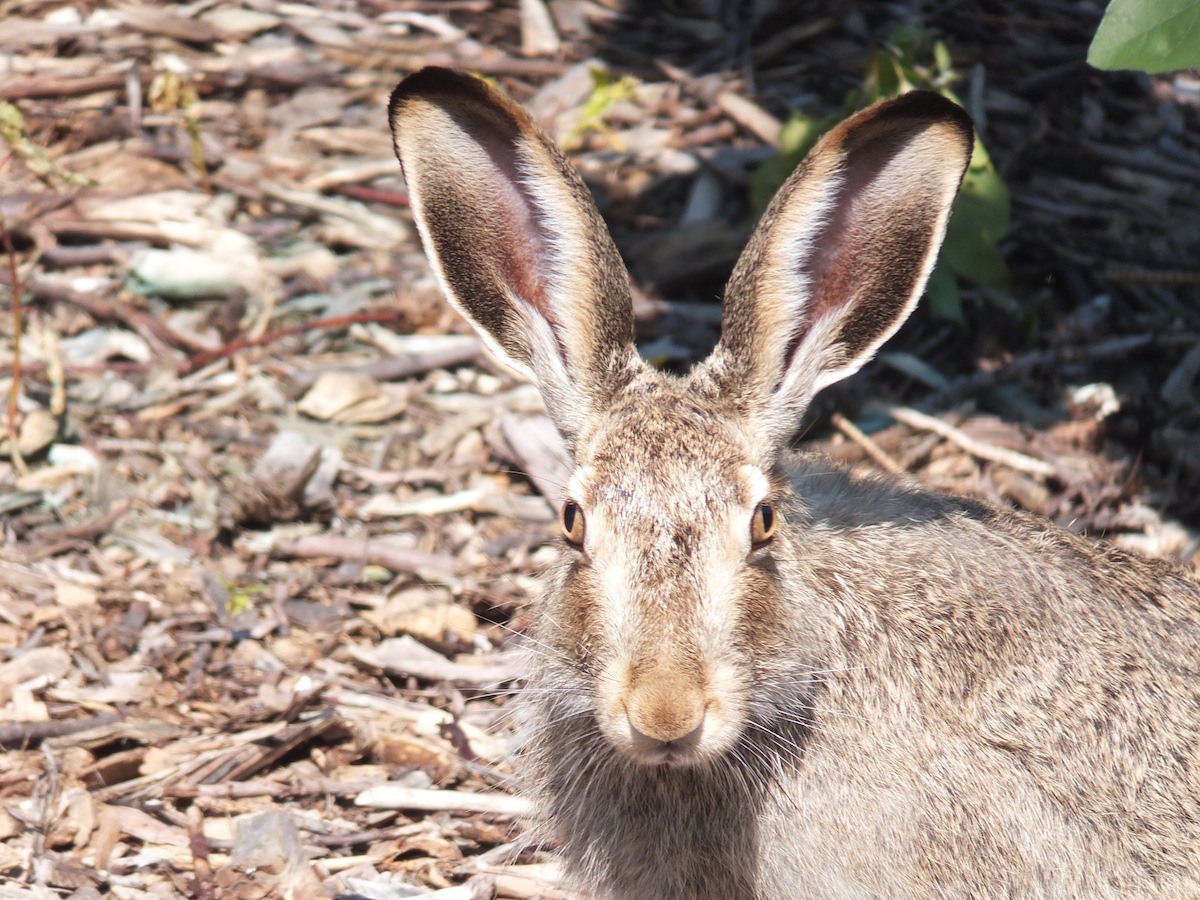 So, yesterday. I took the train downtown, and walked through Louise McKinney, the Muttart, and Mill Creek Ravine. The trifecta of river valley perfection. As often happens, I wandered off the path a few times and was rewarded by beauty…and a surprise guest. At the Muttart, I stepped over to the flower beds and started taking pictures of the sunflowers. I love these big-faced flowers. Strong and confident in their gorgeousness. No secret parts. No fiddly bits. Pure openness. Taking what turned out to be a tragically blurred photo of a huge honey bee in a sunflower, I was startled by a giant hare. He hopped  out of the flowerbed a few feet from me, but was oblivious to my presence long enough to grab a few shots. They’re crazy buggers, those hares. Their eyes are wild. The incredible things that present themselves to me while I’m walking never fails to amaze me. And the hare was just the beginning… 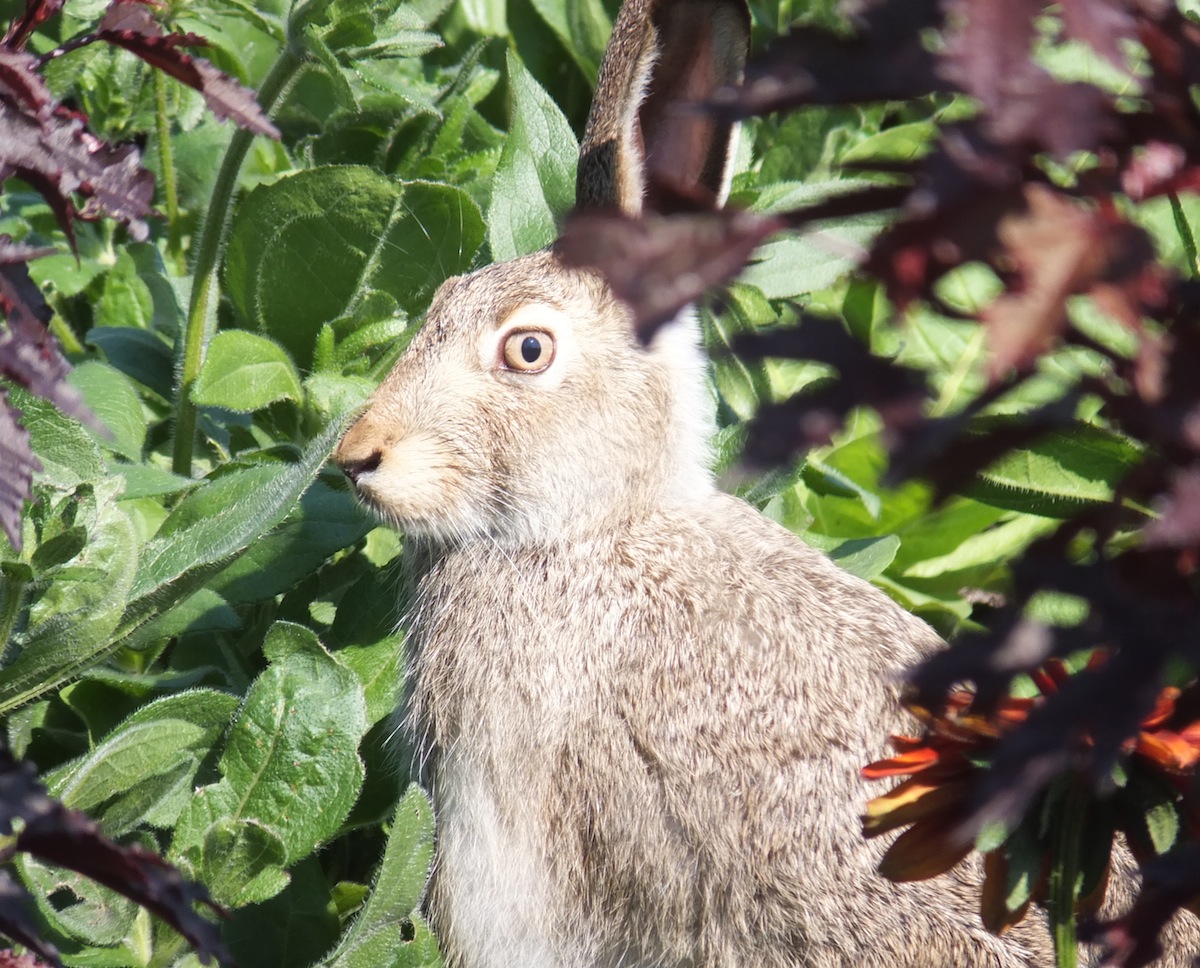 Yes sir, I’ll back away, sir

Carrying on up the hill, I was forced to detour because of the Folk Fest fencing, extending much farther than usual this year. In Mill Creek, I could feel the relaxation settling in. Not that I was tense…it’s just one of my favourite places on earth, and its familiarity and sensual gifts have a physical, spiritual effect on my body. I try to keep a fast pace, but the woods always slow my gait, as does my right foot, which was starting to throb. Apparently, the peaceful setting has no effect from the ankle down. I’ve self-diagnosed myself with plantar’s fasciitis, or…sore feet. Something to do with inflammation, which may or may not be related to poor eating (thank you southern Ontario vacation and…um…the last six months.) I was going to walk the south and middle loop, but decided to cut out early, near the pool.

As I was ascending the steps, a guy with a huge dog said, ‘Did you see the kitten?’  I replied no, so he told me to walk around the bush to my left. And…there it was, a tiny black & white kitty with gummy eyes, mewing in the greenery. He said he tried to get it out, but his dog was scaring it. So, I said I would lure the kitten out, and take the poor thing to the vet’s on 99th. Half an hour later, a half hour filled with meowing, whistling, and a great many ‘here kitty’s’, not to mention various bodily contortions, the cat was still not in my possession. He’d run out a few times, but was too fast for me to catch. As I was meowing at the bush, a man and a woman walked toward the same area I was kneeling, with a carton of milk and a can of sardines. Apparently, they’d tried the same thing, to no avail, so they’d gone to the store in search of food. Kind people!

The sardine trick worked, and the little kitten came out. The guy was able to reach in and grab the kitten quickly enough to catch it, but the cat went crazy. It was like a tiny, furry, and very loud blender on the end of his hand, which was suddenly lined with rivulets of blood. The guy tried, he really did, but the kitten was clearly feral. Probably an offspring of one of the many ravine cats populating the area. He had to almost flatten the kitten to the ground to keep it from leaping at him as he released his grip. His hand was a mess. In the understatement of the year, I said, ‘You should probably clean that’, but I was really thinking that there was going to be an IV drip in his near future. The woman said, ‘Do you think the cat was sick?’, and I replied, remembering the encrusted eyes, ‘Hard to say. It’s a ravine cat. Maybe it was just dirty.’ Yeah, maybe. In any case, the kitten was furnished with a delicious meal, probably one of his last, since he was way too wild to attempt a second rescue, and the realization that the only thing that outnumbered the ravine cats was the ravine coyotes. The circle of life, I guess. It was distressing not to be able to help the kitty, but as I watched the man mop up the blood running down his arm, I said a silent thank you for being just a little less agile than this guy, cause if I had caught that cat, it would be me hooked up to the IV. Sometimes, a lack of athleticism is a good thing.

Nothing that followed matched the drama of the previous hour. It was humid, and I was sweaty and my foot was killing me, but it was a certainly a memorable walk. 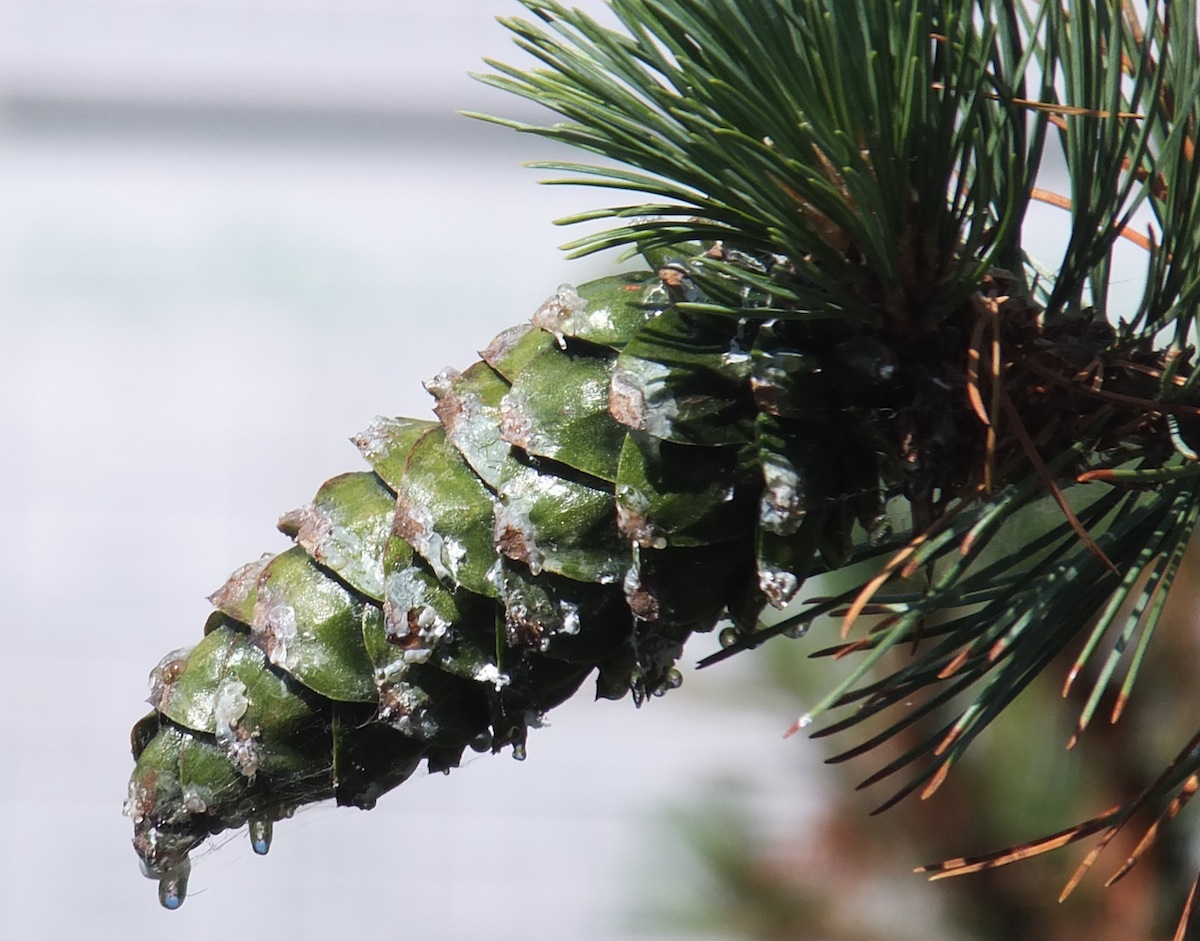