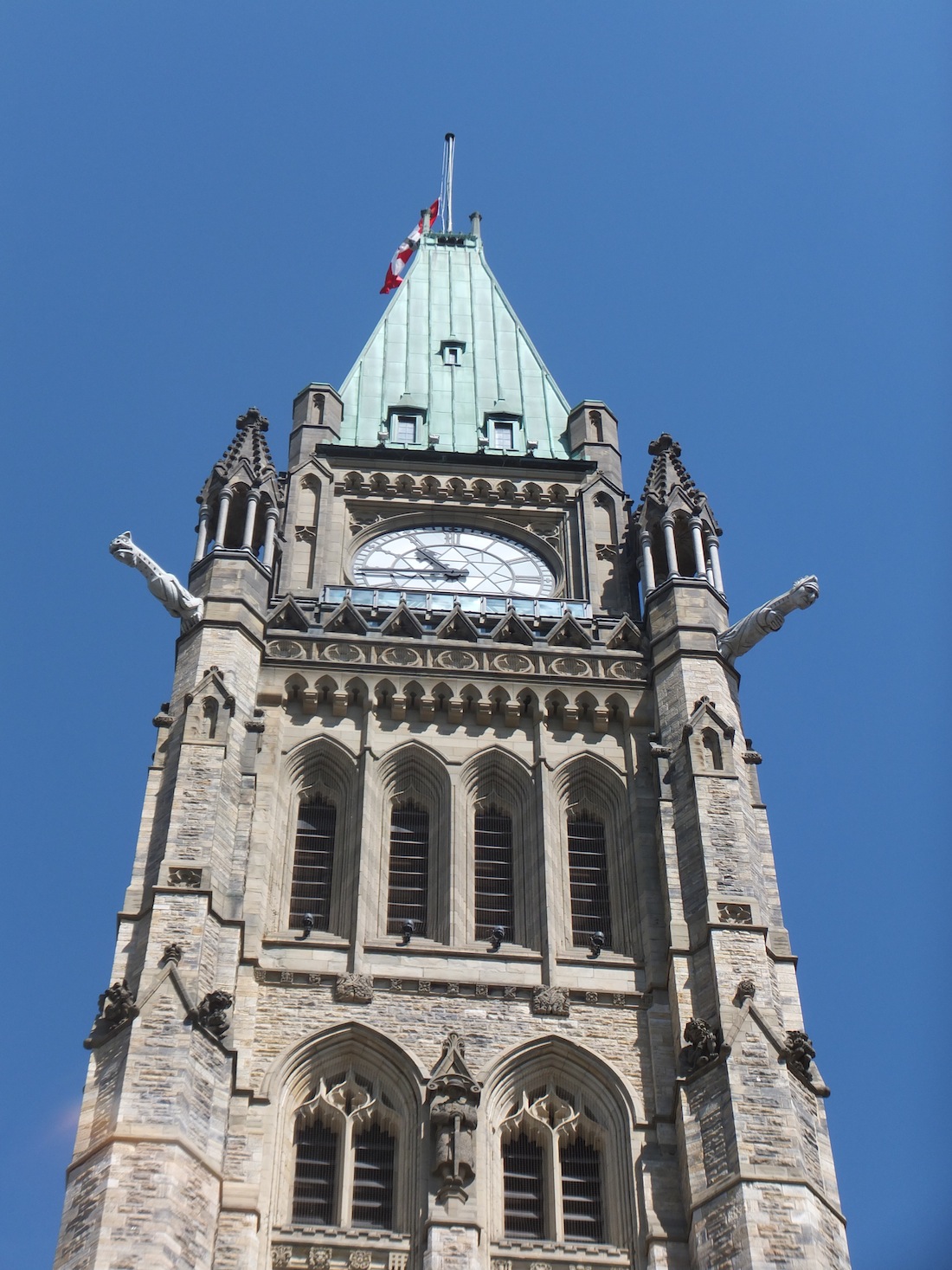 The Peace Tower, in Ottawa

And out with my buddy, Maggie, for a walk this morning in the Whitemud Creek. Surprised we didn’t get rained on. The clouds are heavy with some sort of pending drama, but after the last couple of weeks, refreshingly cool. I was in our nation’s capital and parts of southern Ontario for a vacation with my bestie. 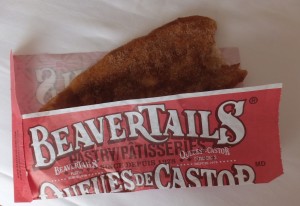 Good thing I was walking lots ’cause these things are wicked

It was spectacular, but hot and humid. The two and a half days I was in Ottawa, the temperature was in the low thirties, and the humidity pushed it to 40. And I was on foot. Situated in Byward Market, I didn’t have far to walk to everything I wanted to see, but distance becomes relative in extreme temperatures, hot or cold. I walked twenty-five minutes to the Canadian War Museum and by the time I got there, I was so hot I was ready to start a war (or at least a melee). 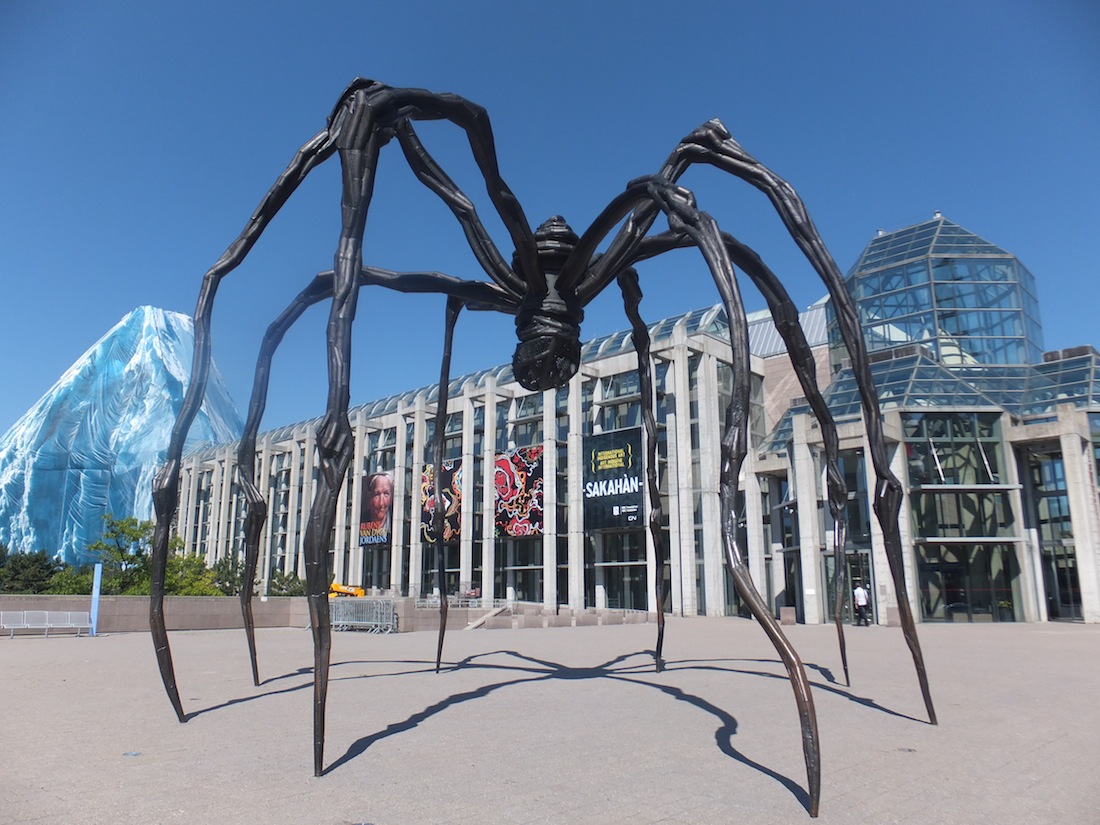 Maman, by Louise Bourgeois. The National Gallery of Canada greeter

Other than the humidity, the city was spectacular. I loved it. I loved being able to walk to restaurants and fruit stands. I loved walking to Parliament in the morning and watching the changing of the guard (those poor buggers in fur hats), and taking a tour through the incredibly beautiful interior of the centre block building and the peace tower. I loved walking to the National Gallery of Canada, and then spending four hours walking around inside (in air-conditioning), staring in awe at Lawren Harris’ incredible canvases. I felt no ire for the Voice of Fire by Barnett Newman, but the modernist stuff was blown-out-of-the-water by the Group of Seven. It was an amazing mini-trip, in spite of the second-degree burns. 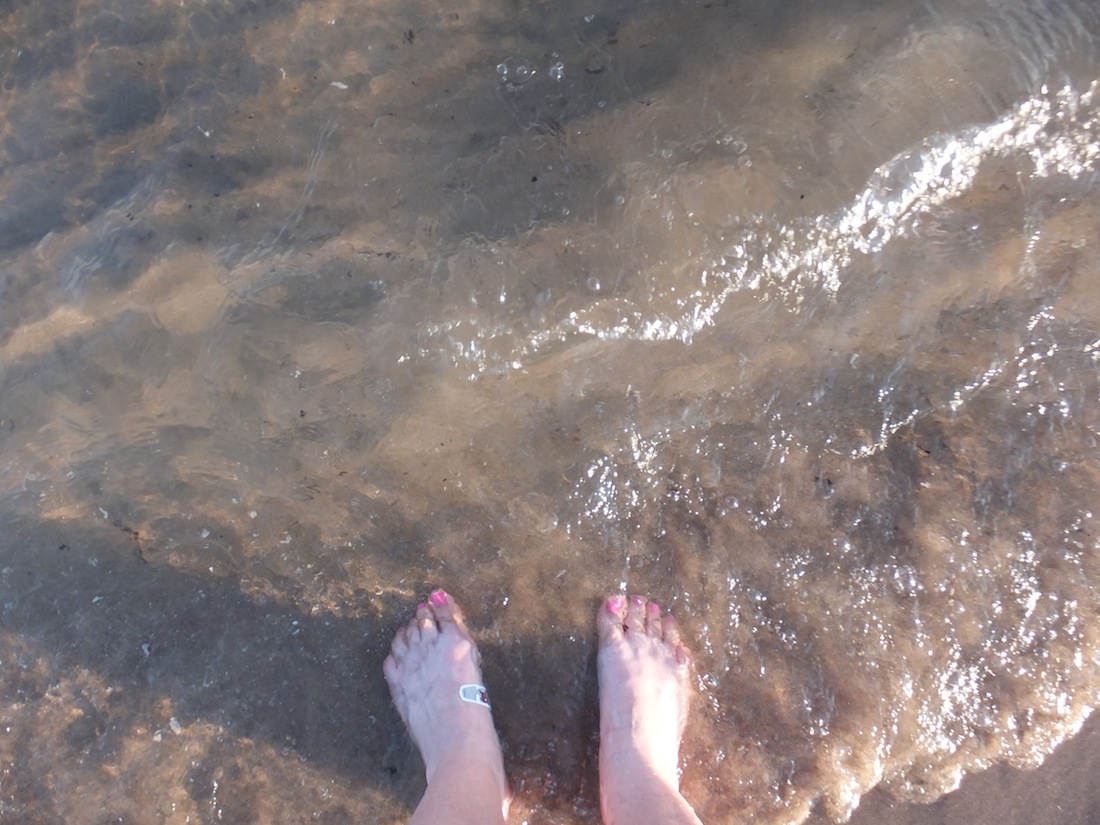 My feet in Lake Ontario (with Mickey Mouse band aid)

Port Hope and Sauble Beach (Lake Huron), were also amazing, but with fewer walks and more lounging, by the pool, or by the stunningly beautiful Sauble Beach. I have to say, I’m not really a water person. I like to swim, but I’d rather look at a forest or a mountain. Nevertheless, being pounded by waves in Lake Huron was about as much fun as I’ve ever had. Failing for words to describe it a few days ago, my niece said, ‘it’s kid fun, Auntie.’ And that’s exactly what it was….kid fun, playing in the waves. Thought I’d lost my contacts a few times, but I managed to hold onto them in spite of being sucked under the water on several occasions. Kid fun. 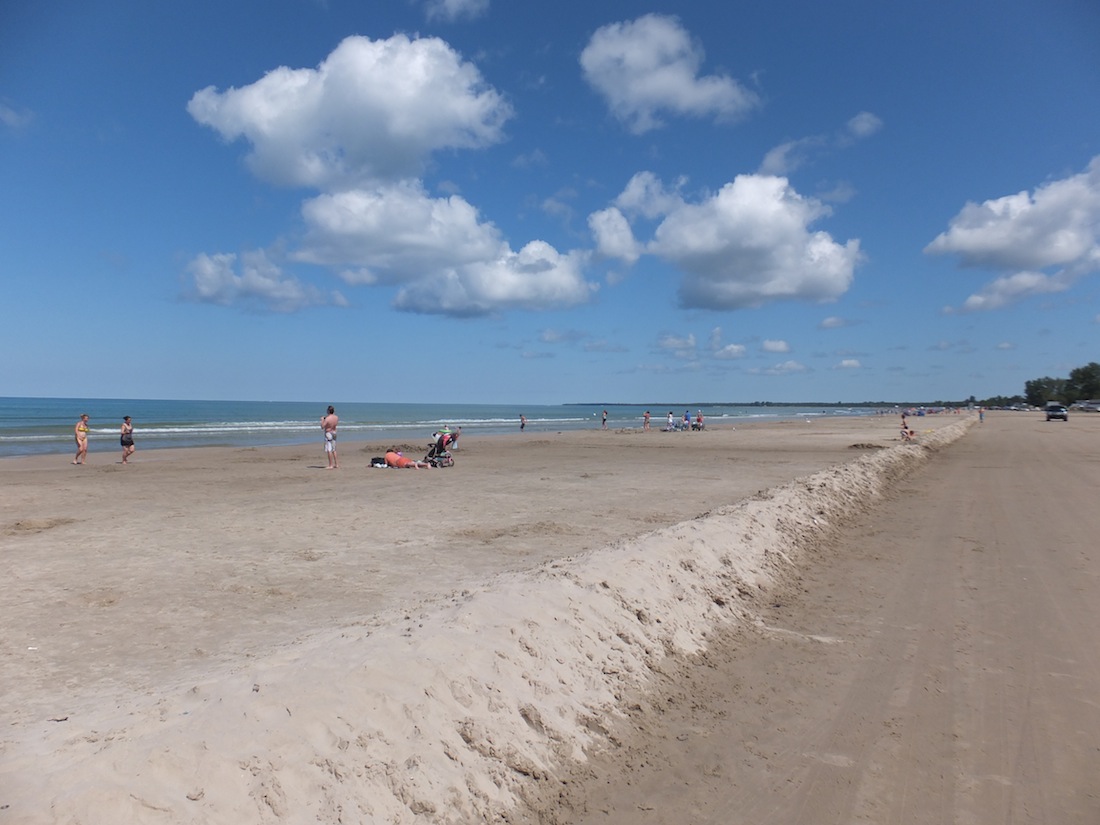 Sauble Beach, before the crowds of exposed flesh descend

It was nice returning home to dry, and at least this week, cooler Alberta, and to a dog who is happy to walk anytime, anywhere, and in any weather.