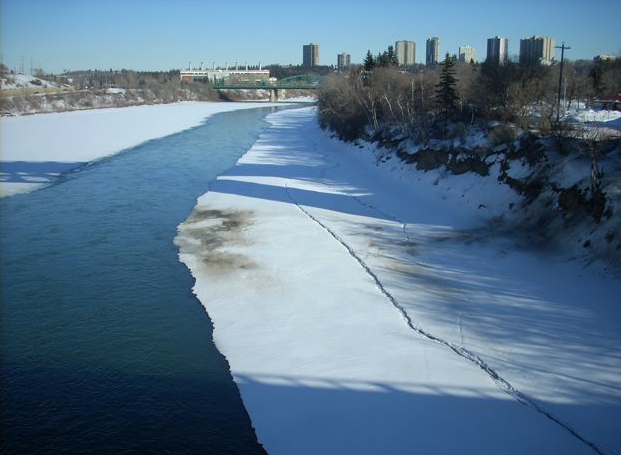 With all due respect to Peter Gabriel, it probably won’t get that bad. I might have to say goodbye to my boots, but I can always get a new pair. It’s spectacularly wet on the streets and sidewalks. Giant puddles everywhere. The sun felt wonderfully warm today, far warmer than the 3C would suggest. Had to rethink my routes a few times, especially along the aptly named River Road. I was going to walk along that path and into Rossdale, but after I watched a car send a huge sheath of water on to, and presumably, into a jogger, I decided to take the stairs by the Glenora instead. Considerably drier at the legislature, and not quite as noisy.

Dead tired from a busy week and some assorted cold-like symptoms which have yet to blossom into a full-on cold. Watched the aftermath of a three-car fender bender on the Low Level Bridge, or more to the point, watched the cars pile up along Scona Road. When I reached the Wild Earth Grocery, they were backed up past Whyte Avenue. Just one of those moments I’m glad my commute is on foot. 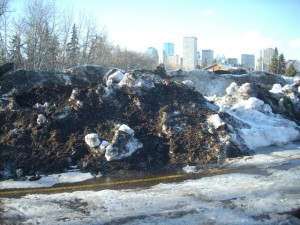 The City is already moving snow, cutting down trees, and decorating the Scona Road bike path with little red flags, even though the road widening isn’t supposed to start until May. The whole thing will be über annoying, but I suppose as a pedestrian, I will only be mildy inconvenienced. Very concerned about the businesses along 99th. Guess I’ll just have to step up my efforts at the bakery.