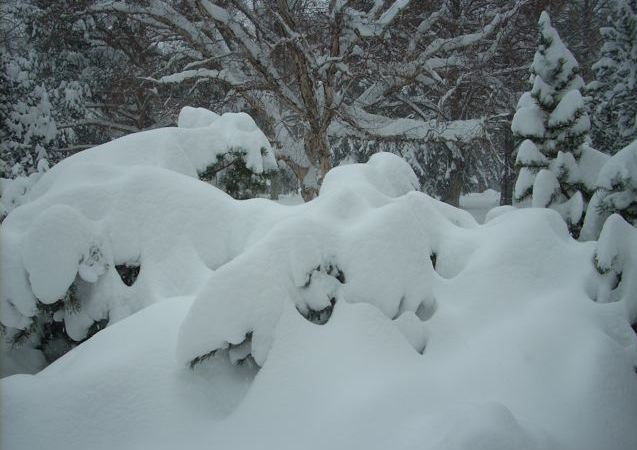 This is your branch on snow

A long walk. Finally. More than an hour. After almost two weeks of frightful weather, we caught a break. It warmed up. Yesterday, more snow and -20C. I did walk home, a short 25 minute jaunt down Saskatchewan Drive, head tucked in collar, hat pulled down so far I could barely see the path in front of me. Not that there was path, just an accumulation of boot prints. 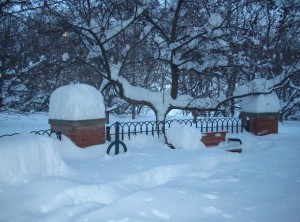 The lovely Rossdale: 60 cm and counting...

Today, the sun was bright, the temperature a balmy -7C, and it was really, really gorgeous. The feeling was akin to being locked inside a dark, waxy cave, unable to exit, waiting for release, which finally arrived at 4:20 this afternoon. Freedom, in other words. For the last week, I’ve been wearing ‘the Kommissar’, my double-breasted Russian overcoat which only comes out when the weather turns Siberian. It weighs a ton and it’s very, very warm. Nice coat, but it’s exhausting. Putting on a fleece and a light jacket this morning was like wearing nothing at all. Nyet, nyet Soviet.

The snowbanks are huge! The paths are more like corridors, and let me tell ya, there are very few of them. Most of my walk was a real slog, and it’s quite interesting to see which routes the city deems to be plow-worthy and those that are abandoned to the elements. The bike paths through the woods are plowed (with Bobcats…heh.) The sidewalks along River Road and up 99th Street, not plowed. The Low Level Bridge sidewalk (west side), not plowed. I looked like a drunk maneuvering my way through the river valley, but you know, sober. And faster.

So, the walk was tiring but beautiful, and oh so necessary. I feel better. I think. Tomorrow, the temperature is supposed to tank again, but I’m leaving the Kommissar where it is, in my closet, making plans to overthrow the anorak. I’ll take the short walk again tomorrow, and then back on the trails Thursday. I’m done with the cave.