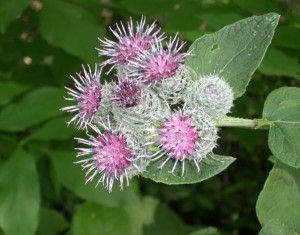 A bouquet of thistles

A ninety minute walk today, mostly in the sun, mostly by the water. The temperature is still reasonable. Didn’t feel like I had to shorten my walk to avoid stroking out on the trail. Of course, I’m exaggerating, but I much prefer to walk in cooler temperatures…like -5C.

As I was busy taking pictures of thistles alongside the pier at Louise McKinney Park, a boat pulling a guy on water skis raced by at a very great speed. Couldn’t believe it. I heard the boat, but didn’t bother looking up, and by the time I did, the boat was too far away to take a picture. I can honestly say, until this moment, I had never seen skis on the North Saskatchewan River. Ducks, yes. A pirate’s ship, yes. Hovercraft, yes. Skis, no. And the guy appeared to be having a great time, weaving in an out of the waves, detonating flocks of screaming seagulls into the air. In comparison, taking pictures of thistles seems dull. Correction, is dull.

It will surprise no one to learn that I have never donned a pair of water skis, or really any sort of ski (a nightmare trip to Rabbit Hill in 10th grade doesn’t count), so I can’t comment on the suitability, or appeal, of the North Saskatchewan River for water sport enthusiasts. I can say, with some authority, I wouldn’t want a mouthful of it. At least, not before the water has gone through several de-chunkifying cycles of Epcor’s purification process.

However fleetingly, the water-skier gave the sleepy North Saskatchewan River a recreational bump it normally lacks. Thank god he left as quickly as he came.